I'm very excited to announce that I've begun a new player collection.  Here's a list of all my current PC's:

My fascination with Mr. Doby began when I deciphered his signature on my Dad’s baseball from an old timer's game. 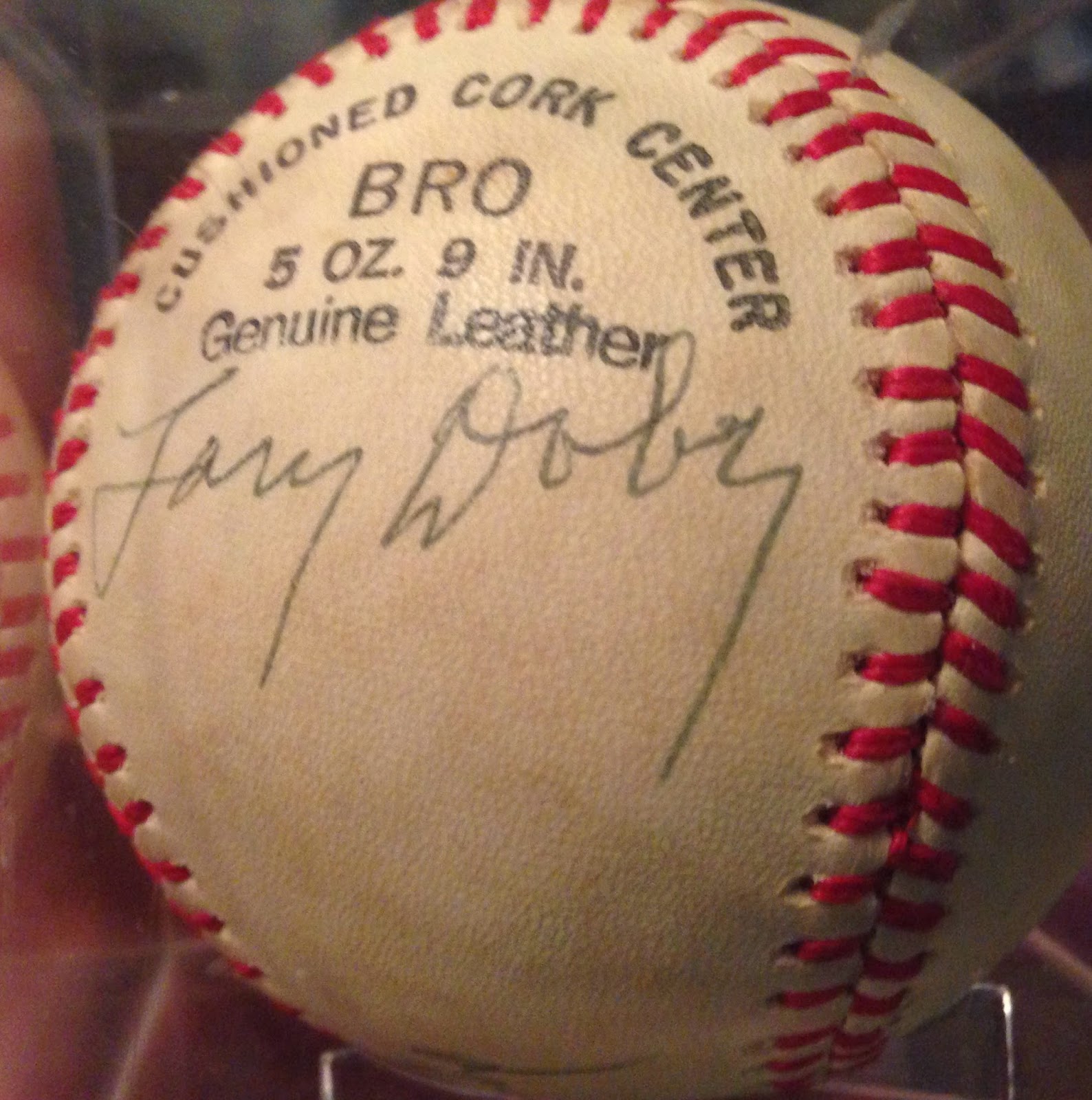 As if that wasn’t a full enough career, Mr. Doby went on to become manager of the White Sox, executive for the American League, and director for the New Jersey Nets.

I would opt for a nice dinner with Larry over a simple beer-getting.  He seems like a class act.

Welcome to the Collection, Mr. Doby!
Posted by The Junior Junkie at 12:16 PM