Welcome to Page 18 of the Great Griffey Frankenset!

Here is page 18 of the Great Griffey Frankenset: 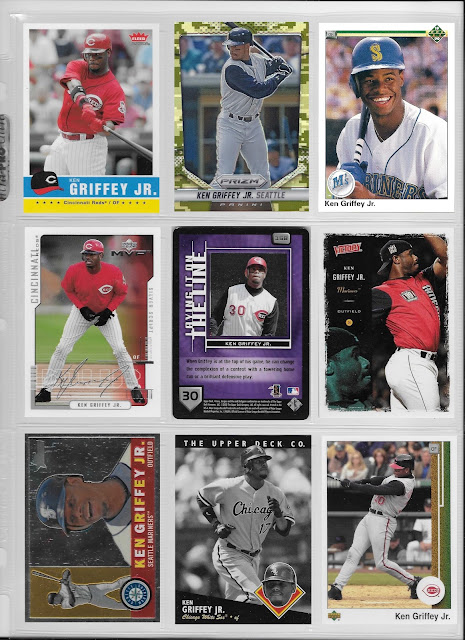 Page 18 Notes: Unfortunately this is the first Frankenset Friday you've seen from me since March. I have the whole checklist planned out well into the hundreds - I just don't have the time to put the actual posts together. Despite that, I had some free time tonight, so here is Page 18 only six months late! With this one we are doubling up the quantity of White Sox Griffeys in the set which means they now have the same number of Griffey cards in this set as cards with no team indicated. The pride is back! 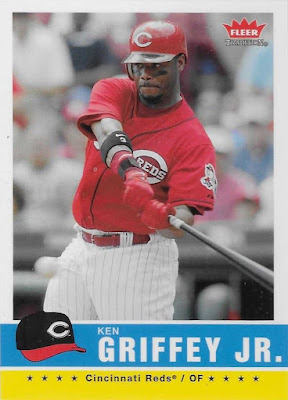 This is one of my favorite faux-throwback designs from Fleer Tradition. I love the use of the cap instead of the team logo. 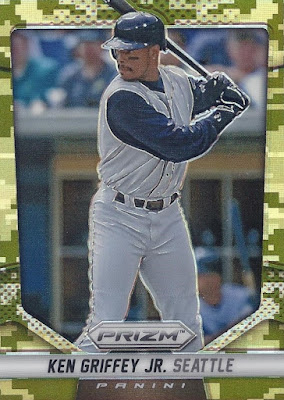 Regardless of how you feel about Panini Prizm, the camo refractor is pretty cool and seems popular among collectors. Just don't drop it in the jungle. 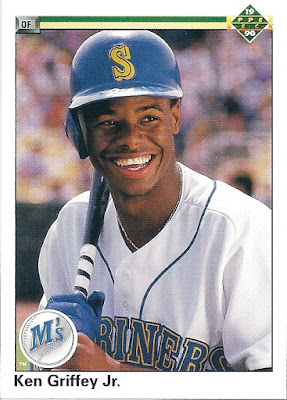 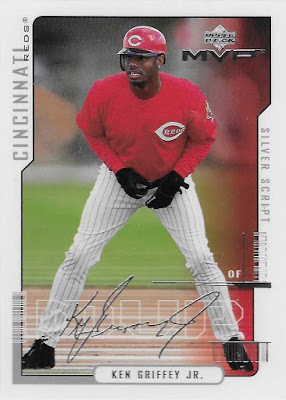 I call these "surprise parallel," because it's not so obvious in a stack of cards as, say, a refractive camo pattern. I just remember noticing one day that this one had a signature on it and the others didn't. Boom: surprise parallel. 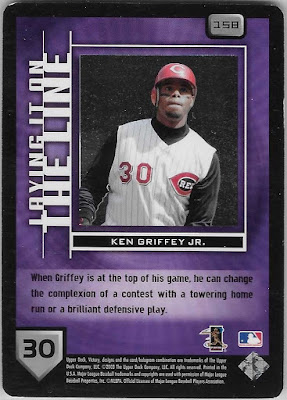 A game card from the last year of Victory. This is not the best Victory card in this Frankenset, or even the best one on this page. 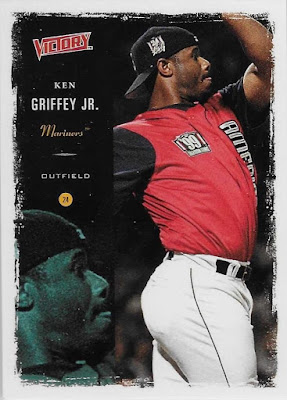 This is. They also made Junior a special card to celebrate his trade to the Reds and tacked it onto the end of the base set this year, but this shot of backwards-hatted Griffey at the Home Run Derby is just awesome. 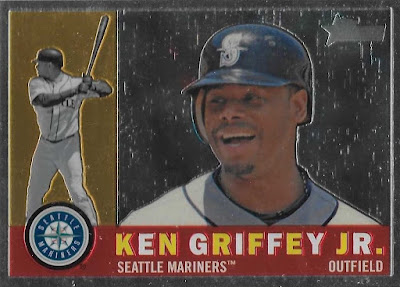 My favorite player on one of my favorite vintage designs with a big ol' smile done up in mirror-like chrome. I'm pretty psyched Junior got a card in this set with this high a number. 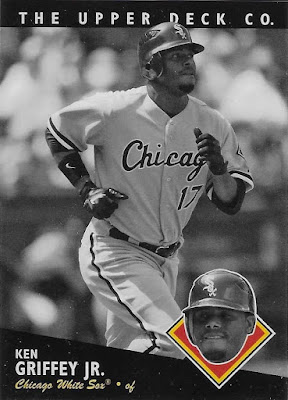 There it is! A White Sox card! Only the second one in the Frankenset. Savor the flavor, guys, because there aren't many of these coming... 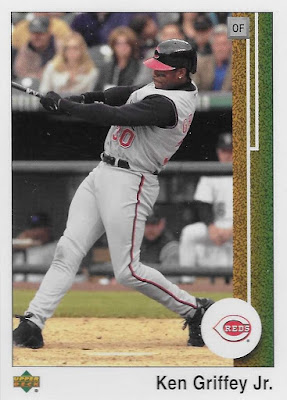 Finally, while I'd like to have seen an updated portrait instead of a run-of-the-mill action shot, I still love a throwback design from Upper Deck. Maybe we'll get more someday. 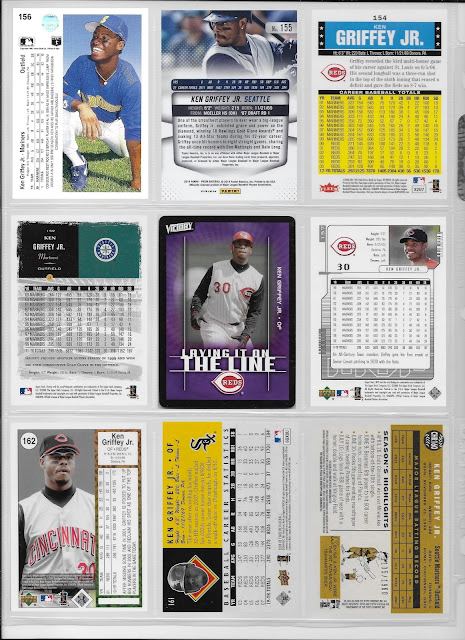 Thanks for reading, and look for page 19 coming...ugh, Lord knows when.
Posted by The Junior Junkie at 8:00 AM