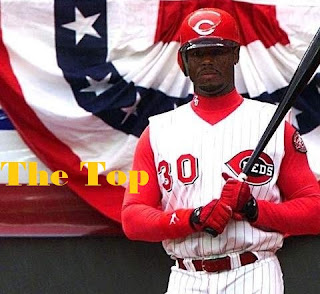 This was the year of the relic here at the Junior Junkie. There are a whopping 30 (yes, THIRTY) examples of things glued to cards in the total list. There were five in the last part, and three more in this one, so you know something big is going to show up in the Top 10. Also there will be no cookies this year, I promise. Enjoy! 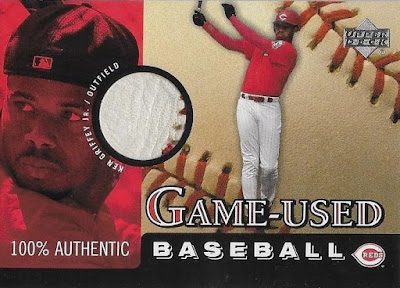 For some reason it was a few years after the success of the jersey relic before brands started showing us their balls. There should be more of these - balls as relics, I mean. They are way more exciting to me than pants. This particular one is from what is still pretty early in the relic game, but not so early as to cost you an arm and a leg. It was a case hit and only appeared in Series 2, so while it's not exactly common, it is still surprisingly gettable. It’s also the first ball relic which would be a bigger deal if there weren’t so many produced. 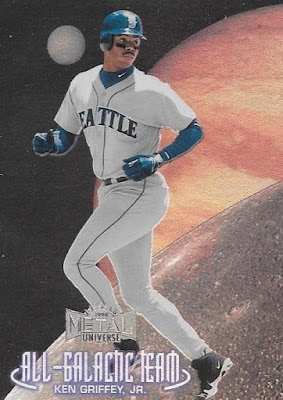 I cannot imagine a 1:192 insert from the 90’s not making this list. Not to mention that as a shameless sci-fi nerd I just can’t get enough spacey cards, and this is one of the best ever. Personally I find it more appealing visually than the legendary Precious Metal Gems parallels from this same set, but there might be a little resentment mixed in there, too. Plenty of holofoil here not evident in the scan. 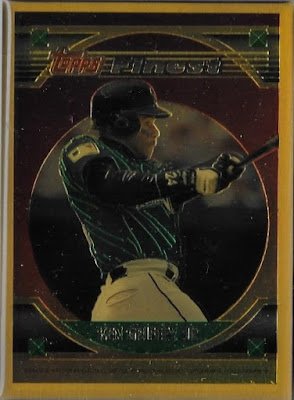 This “card” is literally a slab of solid bronze with a card image glued to the top and four very sharp corners. It’s pretty impressive when it’s in your hand, but let's all just be thankful Ricky Jay never got a hold of one. 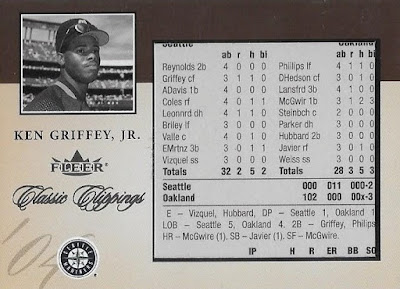 Even if you’re a stickler for relics being relics in the absolute strictest sense, this is still a relic. It’s not equipment or uniform or chewing gum or earwax, but darn it, it is a legitimate artifact from an earlier time glued to a card. It’s not manufactured by the card company like so many pins and decorative patches you might pull from a blaster. Someone in Fleer’s employ got a hold of thousands of newspapers, cut out all the applicable box scores for the players in this checklist, and glued them onto the cards. This is literally the definition of a relic, and it’s pretty darn unique, too.- 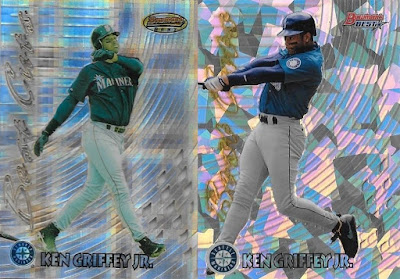 I grouped these together because dammit, they belong together. I’m loving all the look-back designs Topps has been giving us in the last few years. This is both the original card and the significantly-less-scarce throwback card from 20 years later. That’s right, Topps. Give the 90’s kids what they want. We are the greatest generation! 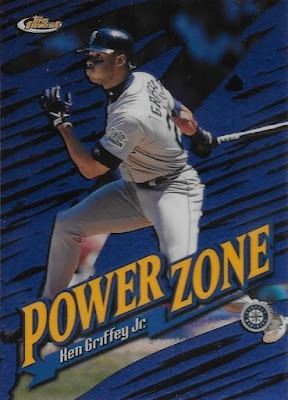 Hey, card designers - you want to make the Top 30 list? Here’s an in-depth instruction manual on how to do it. Get your pencils ready in case you need to take notes:

Step 1: Make a purple refractor
Step 2: Put Griffey on it

Oh, wait. That’s actually it. Hold on – it’s got to be more complicated than this. Did I forget a step?

Step 3: Make me aware of your purple refractor Griffey

Welp, there you go. 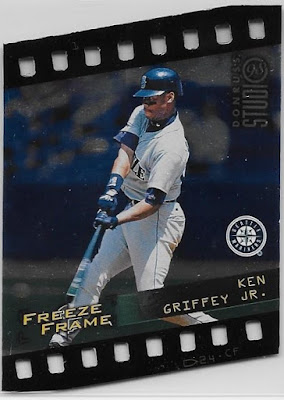 This is one of those numbered inserts WITHIN a numbered insert, as in the first 500 were die-cut and the other 90% were not. The Leaf brands did this more than anybody (1996 Donruss Power Alley is a favorite). I actually really like the idea here, but so does everyone else. Hence, these "nested" inserts will cost ya. 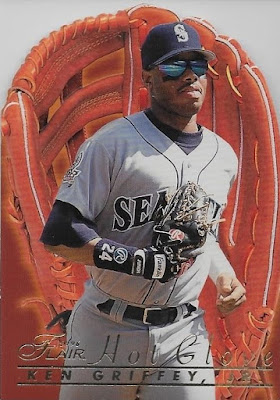 Tough little nugget. While attractive, it’s not even the best Hot Gloves design; but at 1:90 these were also the toughest pulls from this particular set. I’m still not sold on the prices these command today, though. Glad to have gotten this one out of the way. I feel like I just made acquiring this card sound like a chore, but there you go. 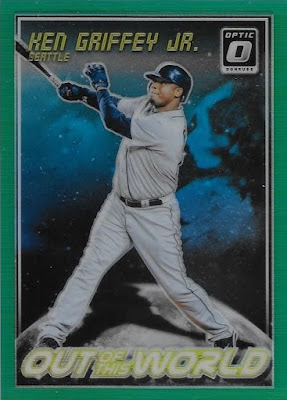 I looooove spacey cards. I have most of them, so I’m strongly considering giving this rainbow a shot (minus the Gold Vinyl 1/1, of course) once prices cool off. 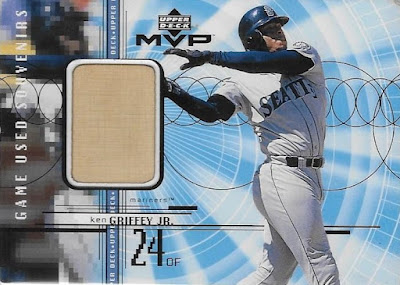 '90's relics are few and far-between in general (last year one of them even took the top spot in this list) with the vast, VAST majority of Griffey relics coming from the Reds era. So when I find a Mariners relic, I pounce.

These fell 1:144 which makes it one of the most attainable '90's relic cards there is. There is also an autographed version numbered out of only 24, but you should just forget about it. Peep that bangin' design, too. The pixel effect on the right should have made it onto more cards. And Upper Deck are masters of lines-for-the-sake-of-lines in their designs, but circles-for-the-sake-of-circles? Way to mix it up. Sweet relic, bro.