It was recently pointed out to me by another blogger that I am difficult to shop for because there's not all that much I collect.  There are only a handful of players I collect (in addition to the obvious) and no entire teams or sets.  So over the next few posts I will be adding some new player collections to my repertoire.  If you spot someone in these posts you have a bunch of cards for, feel free to send them my way!

Admit it - there are some guys you collect, and you're not really sure why you collect them.  The biggest one of these for me is Mr. Bryan Clutterbuck.

I suppose my love for all things Clutterbuck can be traced to this post where I first came across the term "Clutterbuckian," which remains to this day my favorite Internet word.  After I read that post it was all downhill. 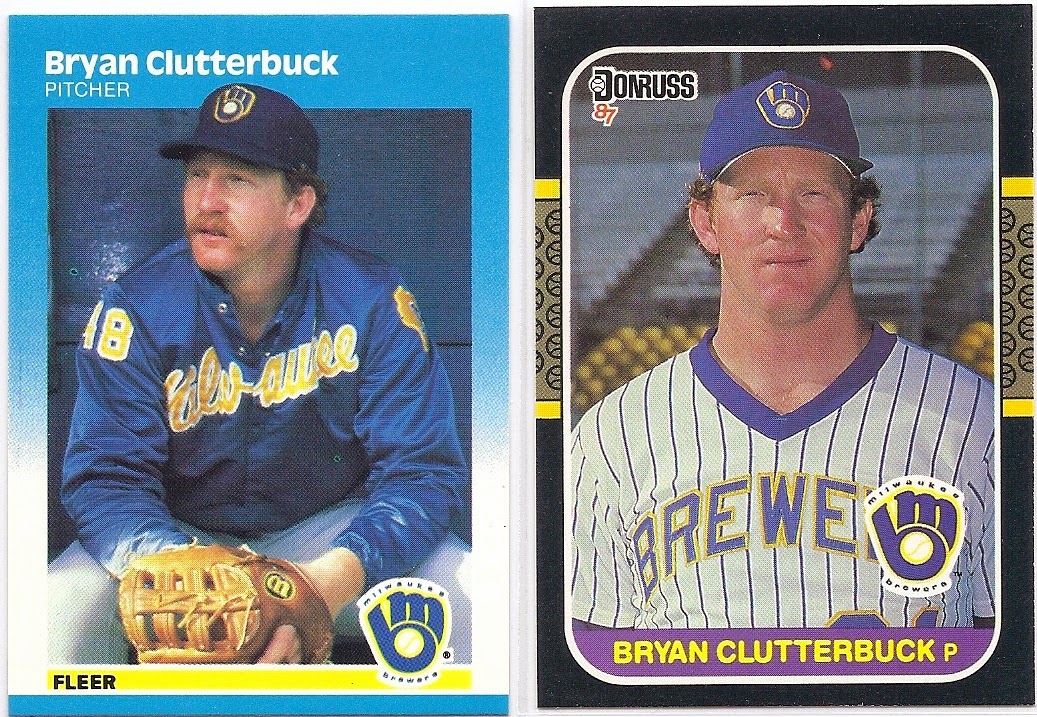 I guess I just dig his look.  He seems like your average Joe, goin' out there and makin' it happen for all us schmos who are at home mowing our lawns and taking out the garbage.  It says, "Hey, you want to go play baseball?  Go out and do it."


Bryan had a long minor-league career as is evidenced by his large quantity of available minor league cards.  He also had a great name and a thousand-yard stare that could psych out a pigeon from across the street.  And as you can see here, his facial hair started to get pretty fantastic towards the end of his career. 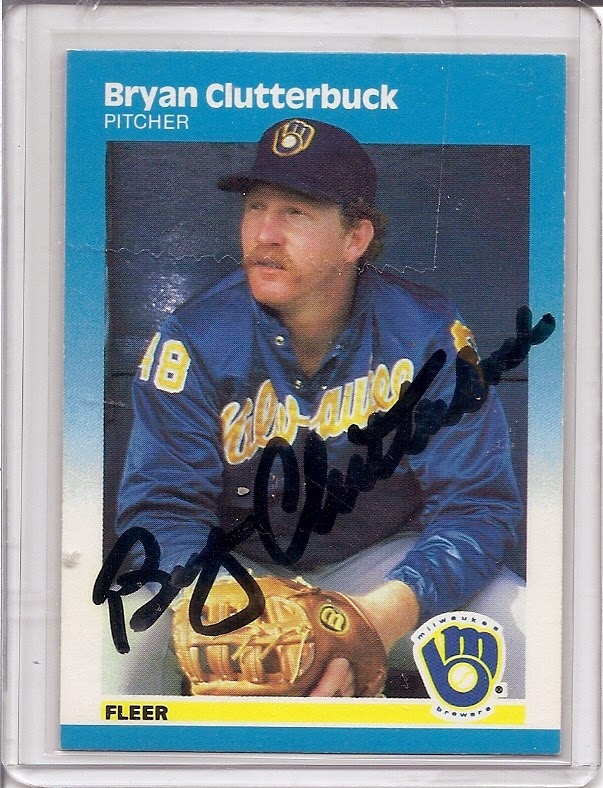 Bryan's get-a-beer-with factor is extremely high.  I would definitely invite this guy to a barbecue.  He wouldn't even have to bring anything.

Welcome to the collection, Mr. Clutterbuck.
Posted by The Junior Junkie at 2:00 PM