Zenus knows how to decorate a PWE:


This PWE traveled all the way from Oregon.  It was sent by Zenus of the excellent blog The Prowling Cat.  This was also a respectable example of quality over quantity. 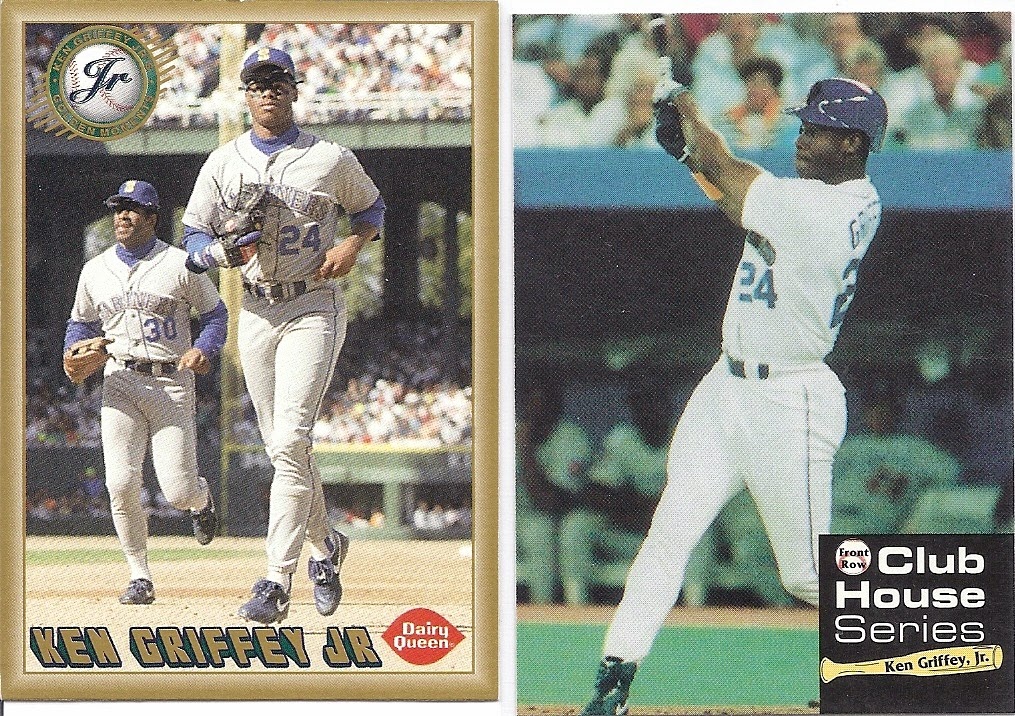 I just completed the 1994 Dairy Queen set literally yesterday.  Now Z hooked me up with my very first gold parallel.  Not only that, it's also the best card from the set - father and son running heading in to the dugout together.  I can't praise this card enough.

That Front Row oddball on the right is one I thought I already had until I flipped it around: 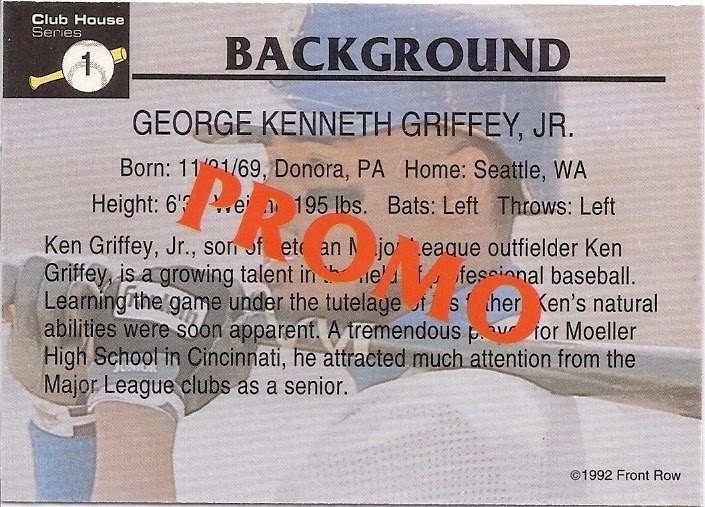 Bam!  Oddball promo.  I didn't even know this was a thing.  Great find, bro! 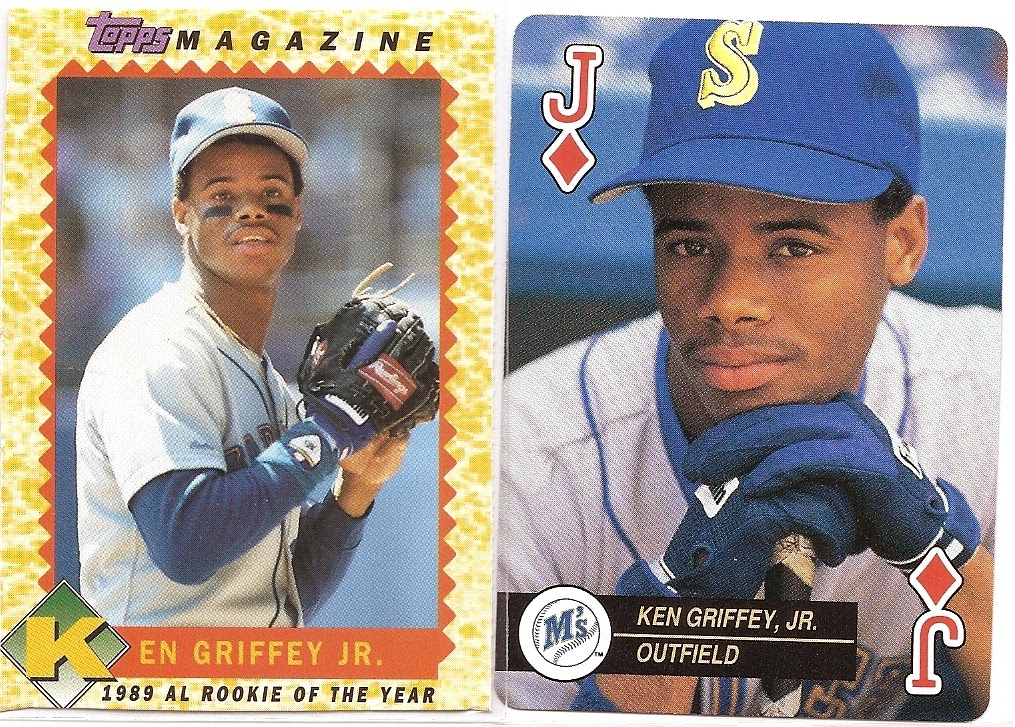 Well, since we're doing that, Topps, I'm going to go ahead and name Griffey the MVP of the 2013 World Series.  Oh, I know the rest of the baseball world thinks it's David Ortiz or whatevs, but Griffey is the Junior Junkie 2013 World Series MVP.  Say something, Topps.  I'll wave this card in your face.

That card on the right is how Griffey got his nickname, "Diamond Jack."  Never heard of it?  Well, now you have. 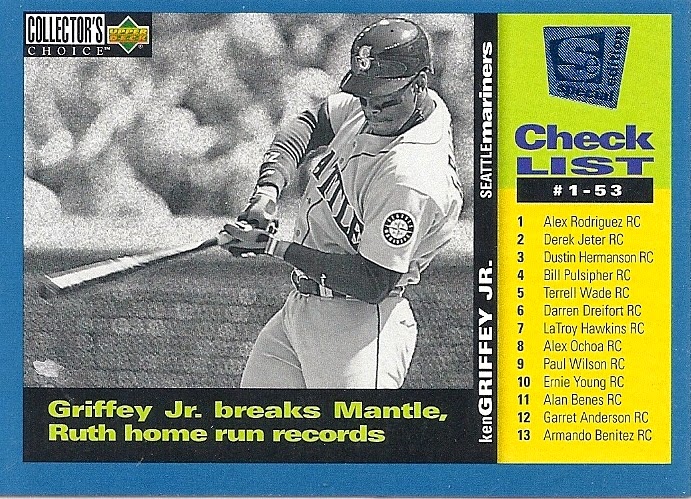 Simply put, one of the greatest checklist cards ever made.  Perfect execution on the design, great photo, and check out the rookies on that checklist.  I miss Collector's Choice.

Thank you, Mr. Cat!  I have some New Orleans Zephyrs 2014 schedules to send you among other things....or did I already send them?  I'm bad at this.
Posted by The Junior Junkie at 11:00 AM