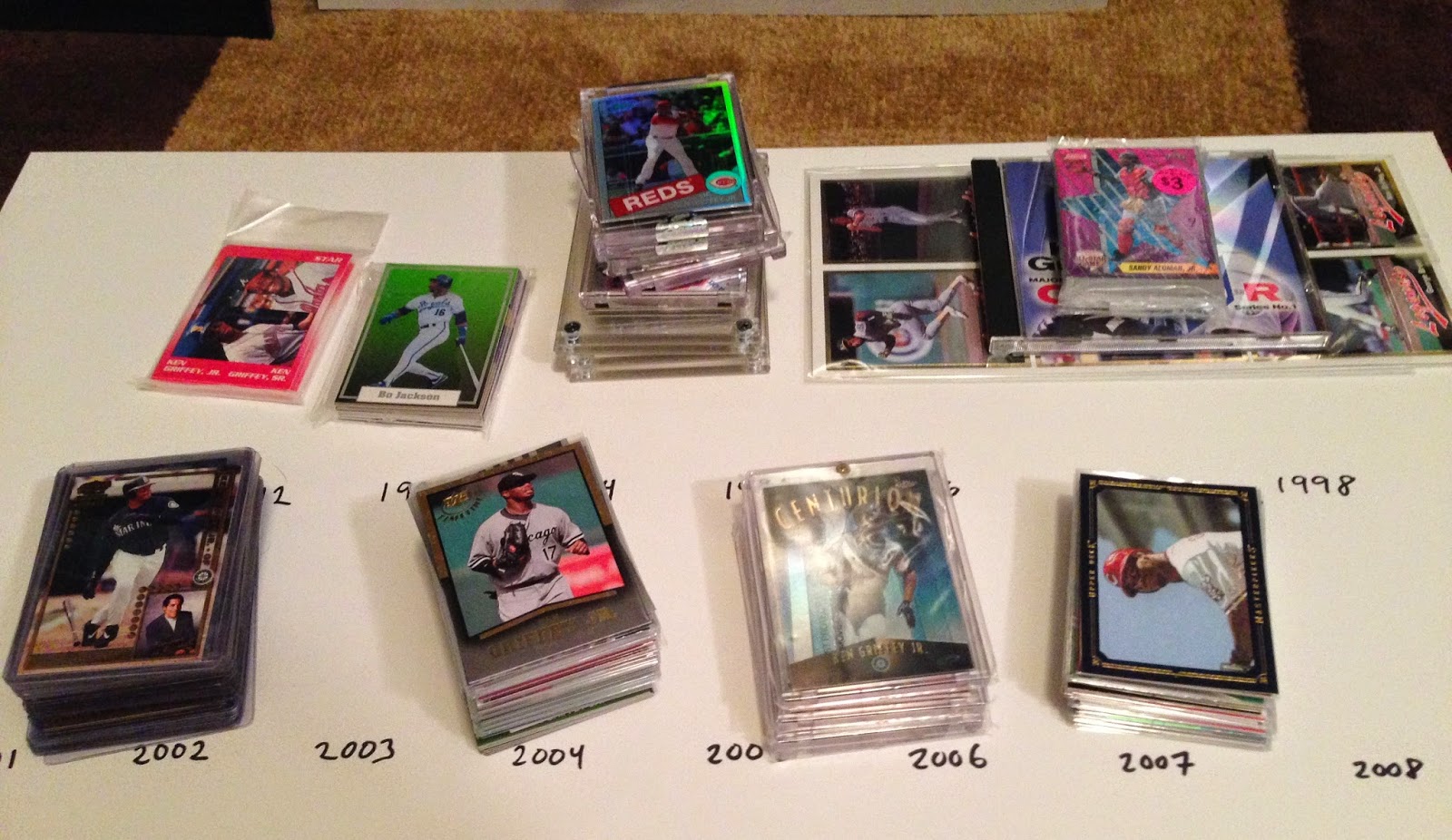 I usually relish a good sort. This last one was shaping up to be a doozy, too. It included cards from every facet of my collecting: COMC, Just Commons, multiple trades, several eBay auctions, carnival winnings, and a card show. The cards ran the gamut from the thinnest oddball to the shiniest factory-slabbed sendaways and everything in-between.

But this most recent sort was a little tedious. It almost felt like work. I had some tunes playing and the ceiling fan keeping me cool and excellent lighting and everything, but the whole process was for the first time completely mentally draining and even frustrating at times.


First, the binders are getting very full, and I’m running out of spare UltraPro Premium 9-pocket pages. I swore a few months back that I would never add another binder (I’m currently at nine 4” binders), so I’ve instead been shuffling cards around within the binders and moving large quantities of duplicates to an overflow box that gets heavier and heavier. About half the time I spend “sorting” I am actually harvesting UltraPro pages. 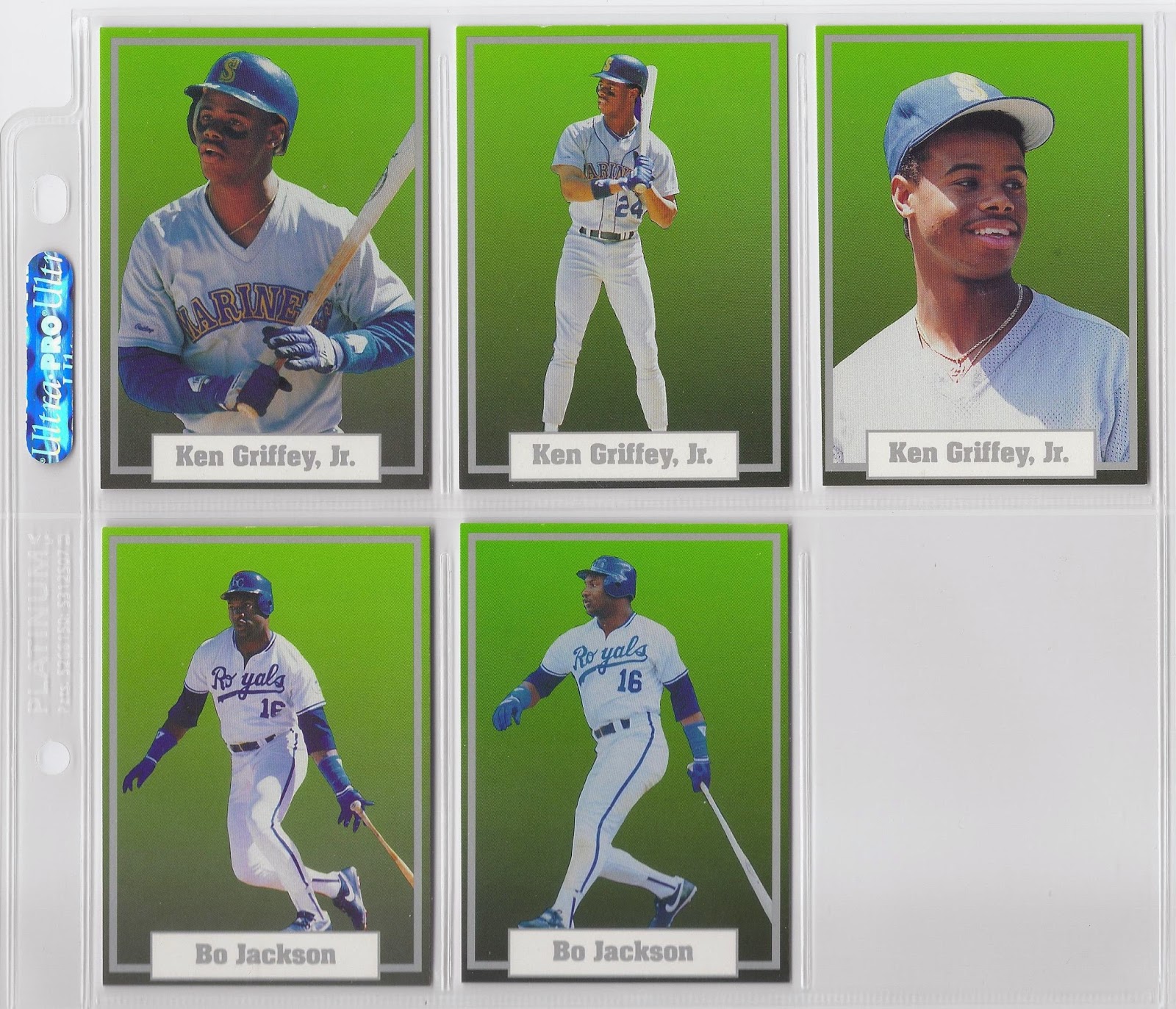 This particular sort was hard, too, because it included tons of oddballs and even a few entire sets. I’ve bent the rule before on only having Junior cards in the binders for things like Craig Griffey cards and small sets like Stadium Club Triumvirate. The non-Junior cards of these sets are not included in the Griffey count, but who am I to deny them a binder pocket next to their brethren cards? 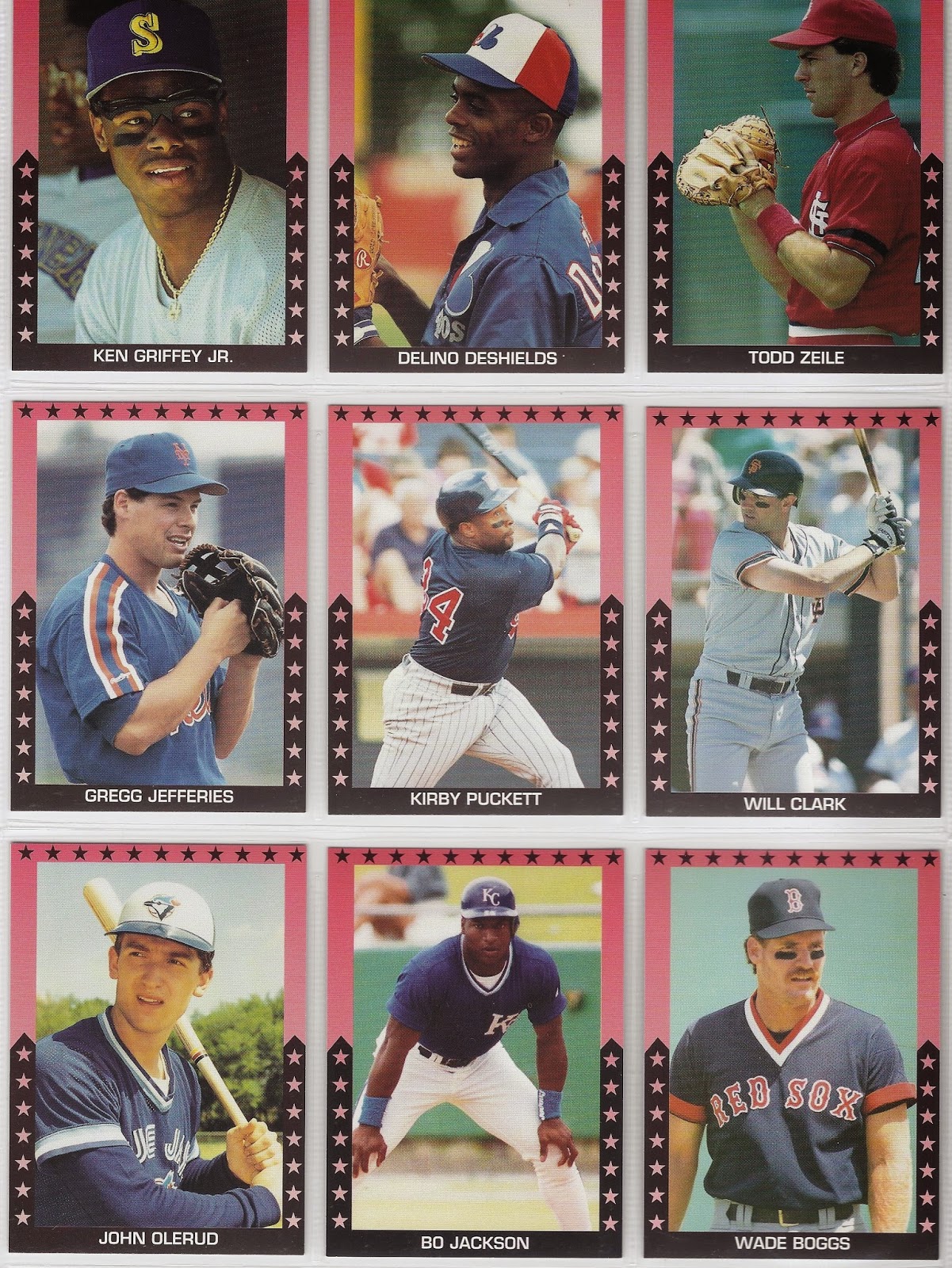 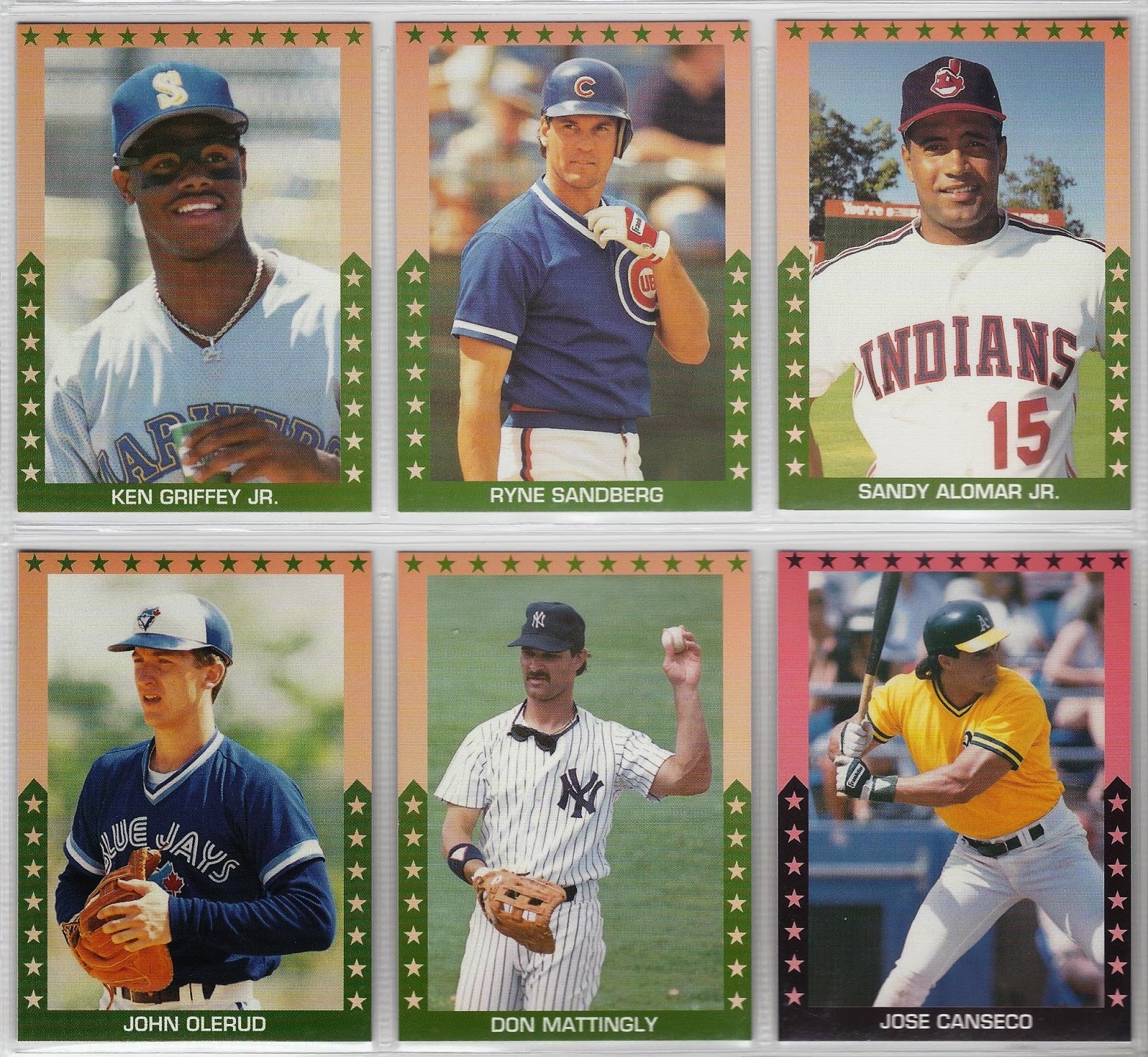 This sort forced me to push the limits of that concession with several oddball sets that include numerous different players that I don’t want to break up. One of them is a 10-card oddball set from 1990 that features the likes of Jose Canseco and Wade Boggs. Those guys each have a card in the Griffey binder now thanks to that weird set, but I feel better about not splitting them up.

I was also perturbed by an apparent bounty of errors in The Beast. For example, early in the sort process I add all the new cards to The Beast before I sort them into binders. Last night I added a cool new oddball, and when I went to place it in the binder, there it was already. I was looking at a now-duplicate that hadn’t already been listed in The Beast before I added it just minutes before. Not good, but I’m confident the list is accurate enough in its current state. 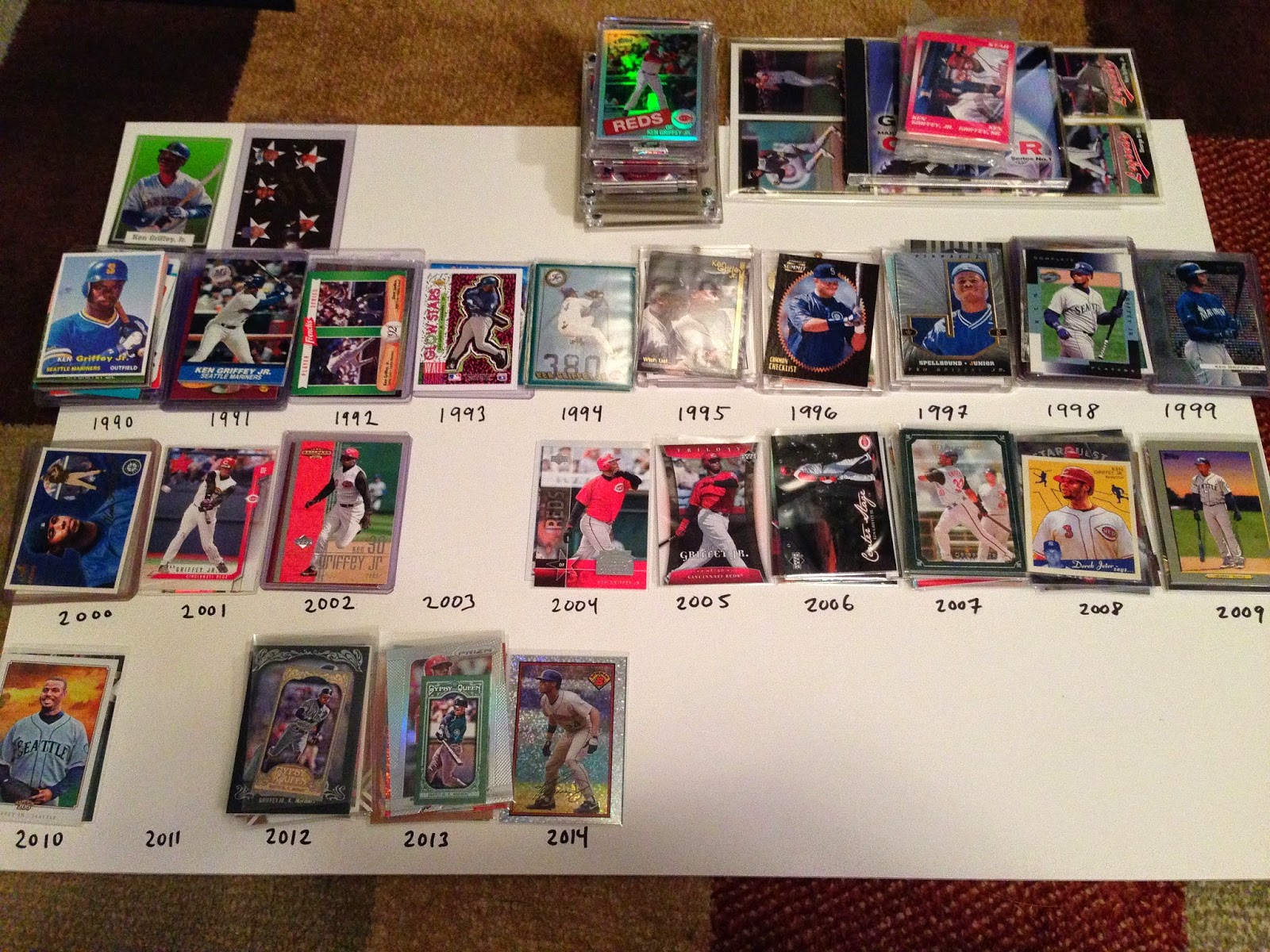 The sort itself was a huge success, resulting in a total of 183 Griffeys added, 121 of which are new to the collection. That puts the dupe ratio for this sort at 1.512 and drops that of the collection as a whole from an ugly, smelly 2.498 to a healthy and robust 2.460, further below my general goal of 2.5.

I’m very happy with the sort, but this one just confirmed my fears that a major overhaul of the binders is coming, and it’s going to be a bittersweet task of many hours.

In the meantime I decided to decorate the overflow box (a giant 5,000-count number) with damaged specimens of which I have the largest quantities. A glue stick, a bit of clear packaging tape, and 47 slightly damaged Griffeys later…. 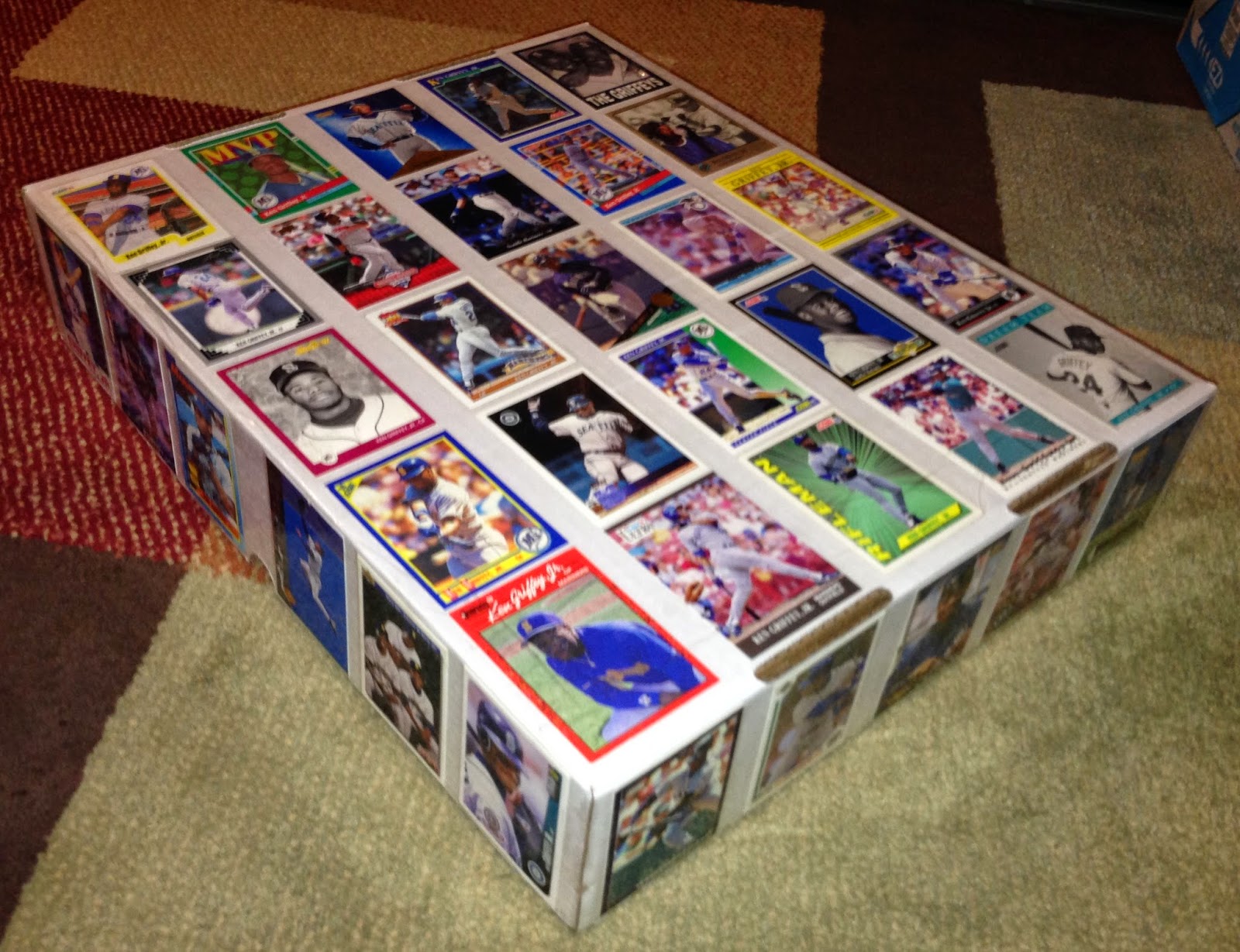 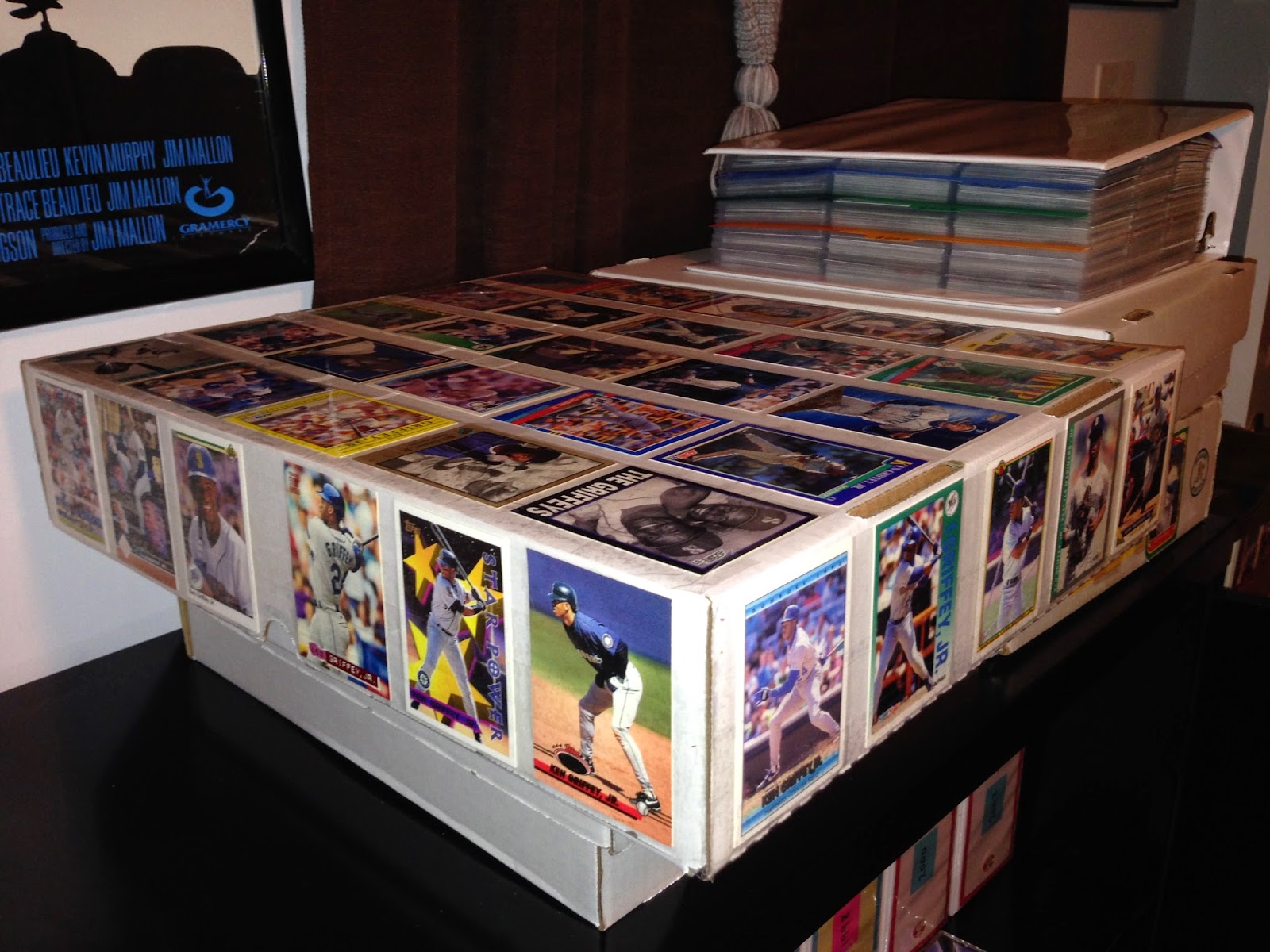 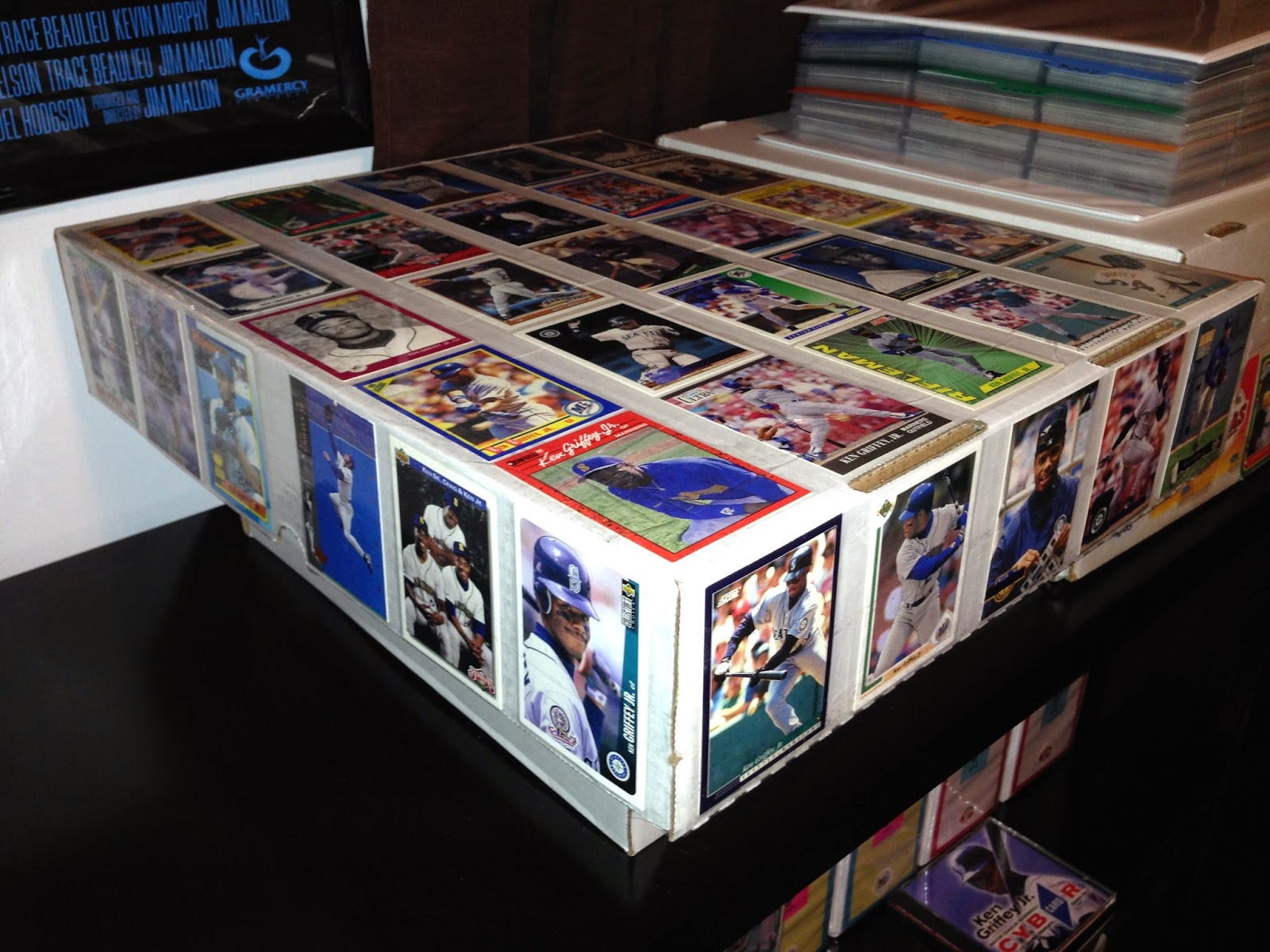 I've told you I was crafty.
Posted by The Junior Junkie at 12:01 AM