It was recently pointed out to me by another blogger that I am difficult to shop for because there's not all that much I collect.  There are only a handful of players I collect (in addition to the obvious) and no entire teams or sets.  So over the next few posts I will be adding some new player collections to my repertoire.  If you spot someone in these posts you have a bunch of cards for, feel free to send them my way! 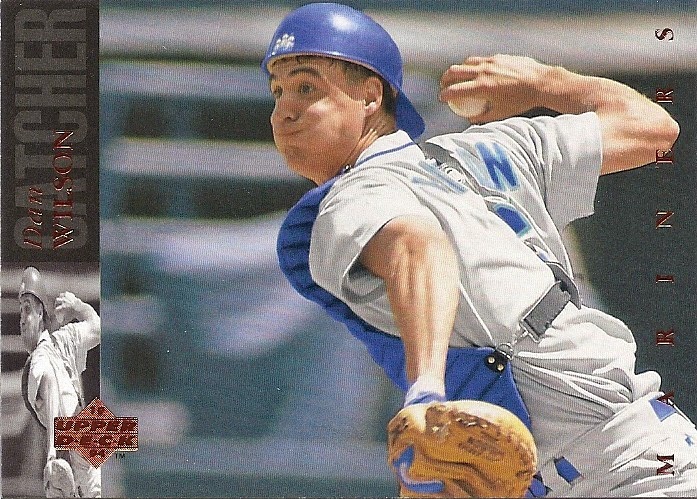 Dan Wilson was a catcher's catcher.  He was a relatively average hitter, but behind the plate he was in a consistent state of defensive beast-mode. 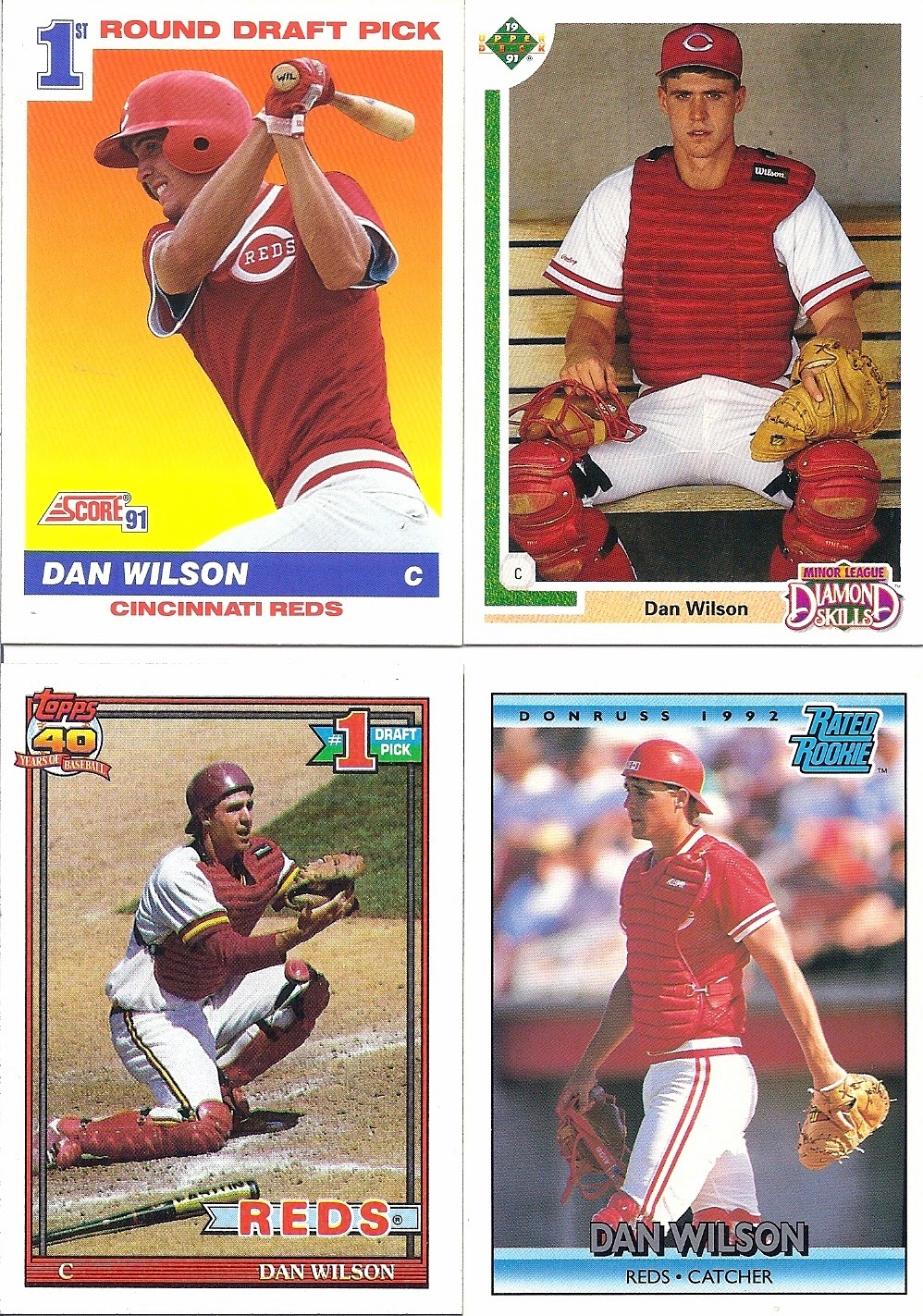 Wilson was first drafted by the Mets, but he opted instead to finish school before beginning his pro career.  Dan got his big-league start with the Reds in 1992 but was traded to Seattle after the '93 season.  He would remain there for the rest of his career. 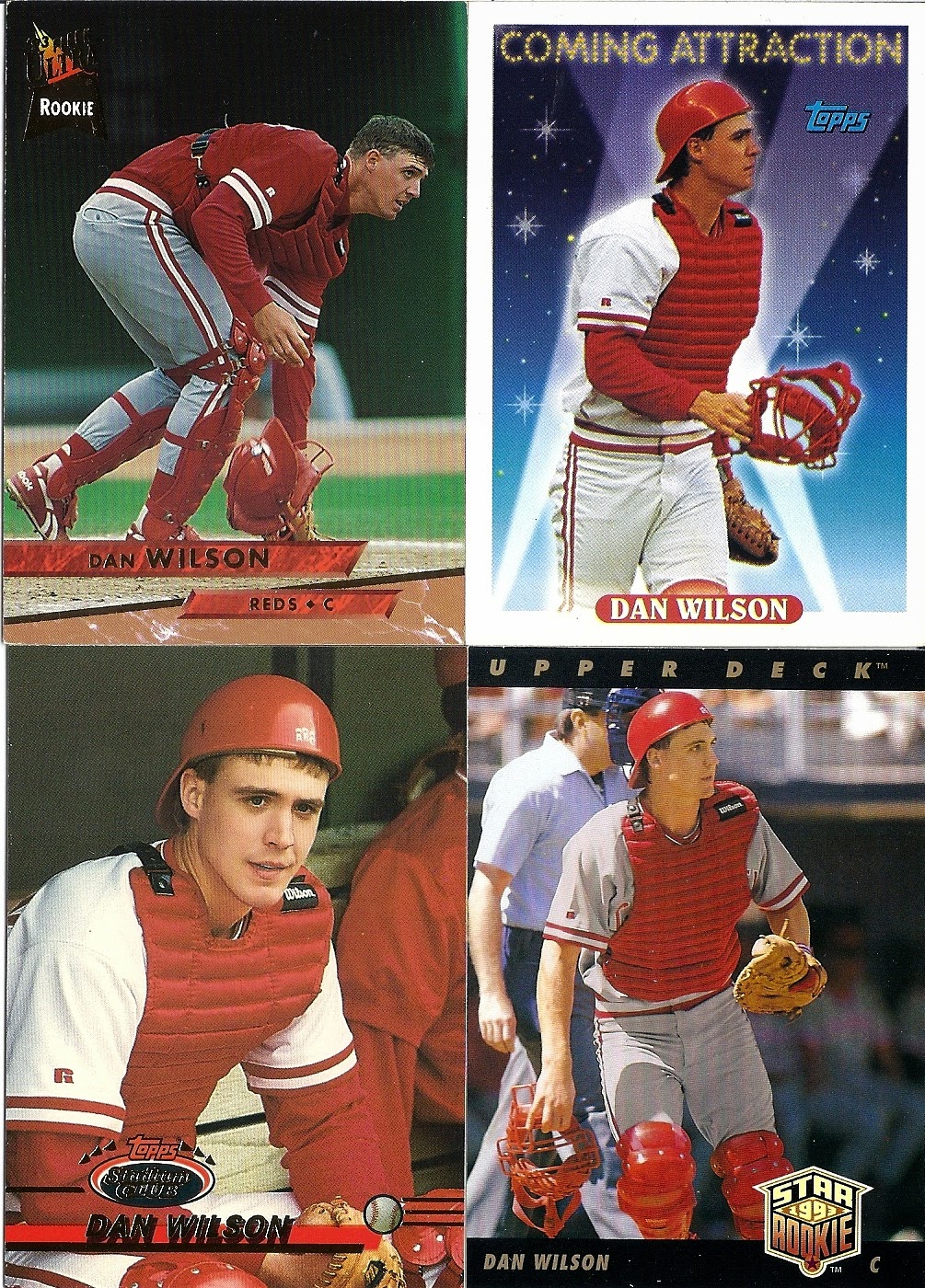 Dan's career slash line of .252/88/519 doesn't turn too many heads, but his career .995 fielding percentage is the highest for a catcher in AL history.  He also remains the most veteran catcher in Seattle history and holds the fourth-highest season fielding percentage ever in baseball - 0.9987 in 2001.  A single error - talk about the one that got away.

Dan caught some amazing pitchers not limited to Randy Johnson and Jaime Moyer.  He was deservedly elected into the Mariners Hall of Fame in 2012.  He remains with the organization as the minor league catching coordinator. 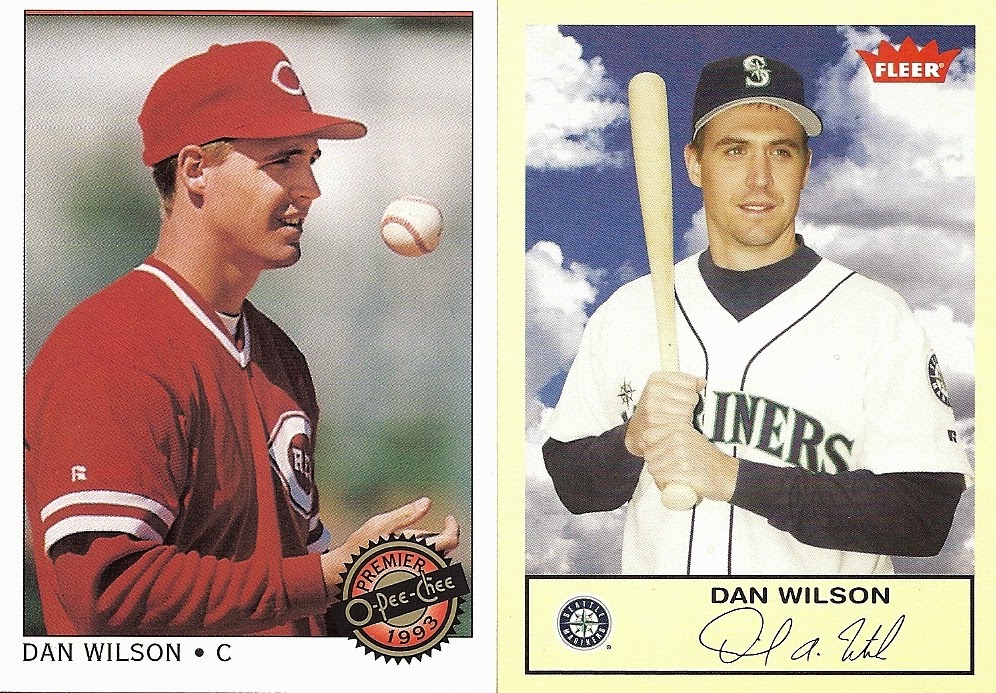 Dan's cards are a dime-a-dozen if you can find them.  He is the perfect candidate for a player collection.  Yes, I would drink beer with him.

Welcome to the collection, Mr. Wilson.
Posted by The Junior Junkie at 8:30 PM