Welcome to Page 22 of the Great Griffey Frankenset!

Here is page 22 of the Great Griffey Frankenset: 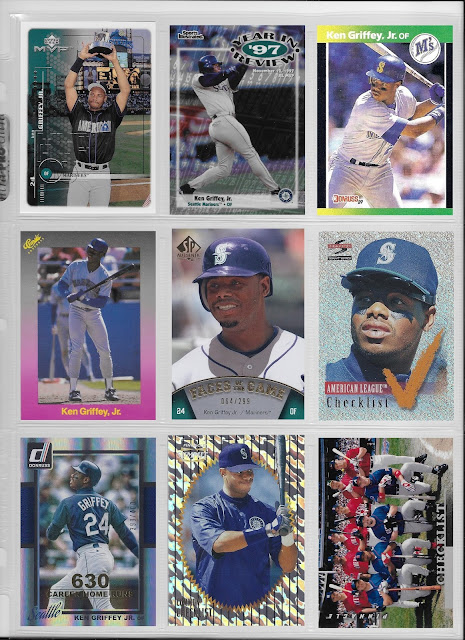 Page 22 Notes: Back to all Mariners plus a ton of checklists which usually pop up late in the base set anyway. I tried to use parallels for the checklists as much as possible to keep things interesting, but I didn't have to do that for that last card - it's interesting enough. After this page there are only two slots left to fill to get to the 200 milestone with no holes. Am I building tension? Is it working? 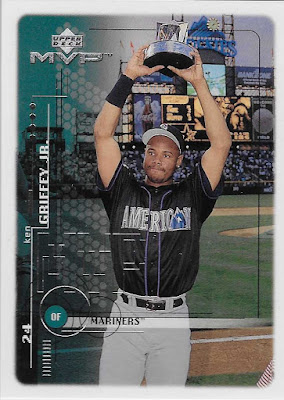 Ol' #190 was an easy choice. This is in my top 10 all-time Upper Deck base photos of the Kid, and that's saying something. I feel like this shot could have graced a lot more cardboard were it not for the Cincy trade the very next year. Then again that makes this card all the more special. 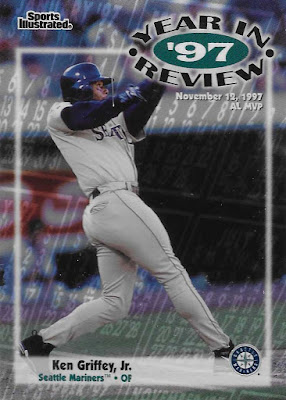 The second showing from this same subset in the frankenset. This one is light years better than the other, though, despite having the exact same photo on it. 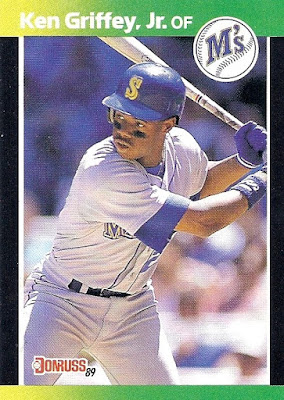 Naturally I'll try to fit as many rookies into this thing as I can... 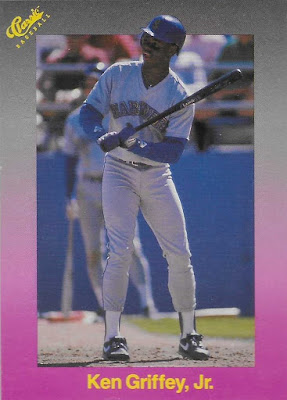 ...and off-brand rookies count, too. 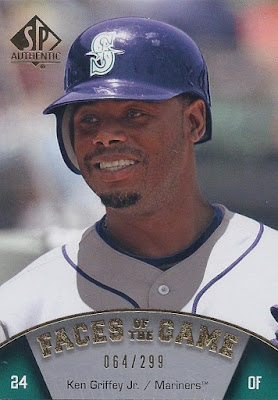 A not-too-often seen late-career portrait from Junior's heritage brand. I like to think Junior would have rocked the hell out an Olerud-esque earflapless helmet. 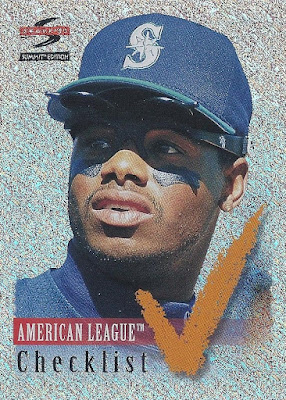 Summit had some wild parallels. We've seen Nth Degree before, and there's another even better one coming up that we haven't seen yet at all. 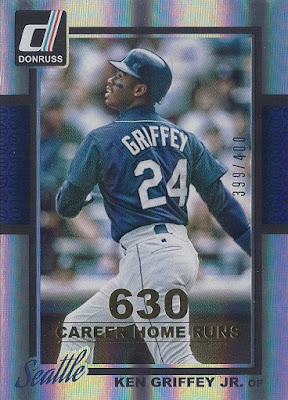 Does anyone have a better offensive career stat line in this set? I want to hear some candidates. 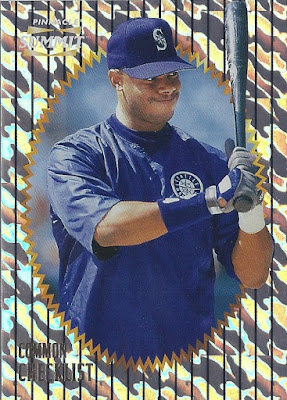 Nth Degree is great, but I wish every card came in Above and Beyond. It would be great camouflage if you were trying to hide inside a rainbow. 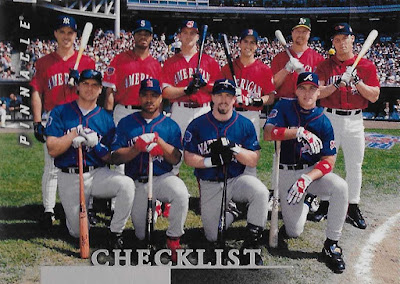 Pinnacle started the whole lots-of-stars-lumped-together-on-a-checklist thing back in 1996 Pinnacle and Select. This one, however, is a REAL PHOTO and extremely tough to beat. Count the Hall of Famers! 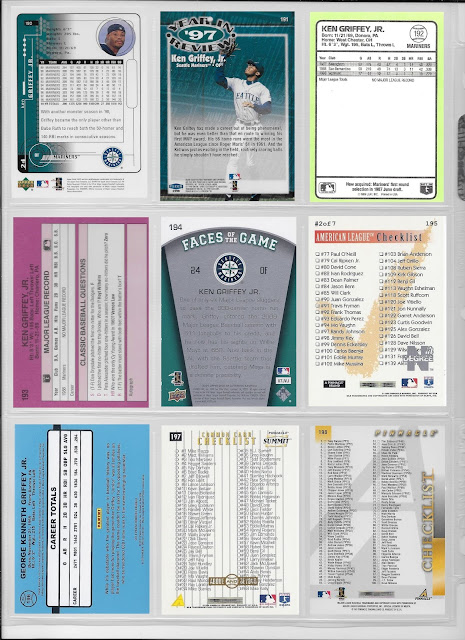 Thanks for reading, and look out for Page 23 to see if we can take this thing all the way to 200!
Posted by The Junior Junkie at 2:37 PM