Welcome to Page 25 of the Great Griffey Frankenset!

Here is page 25 of the Great Griffey Frankenset: 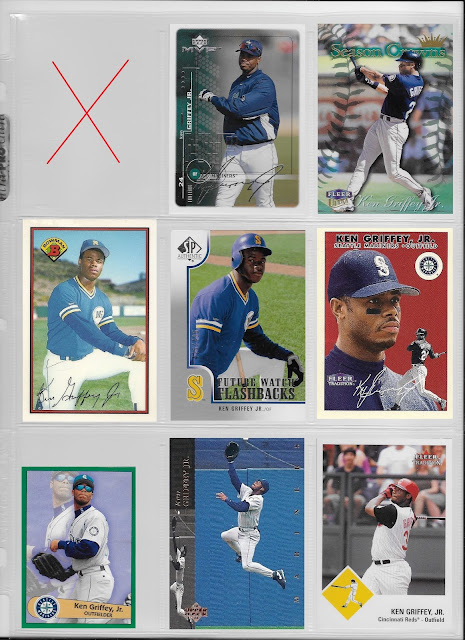 Page 25 Notes: A couple of off-size cards in this one, including one relatively valuable rookie you should never, ever store in a binder page. At this point we have to wonder when we will see another complete page. This one only missed it by a single card, so we were close. Sadly close don't cut it. As long as that completion percentage sits above 89%, any page missing cards - whether it's missing nine or just one - is going to cause it to drop. 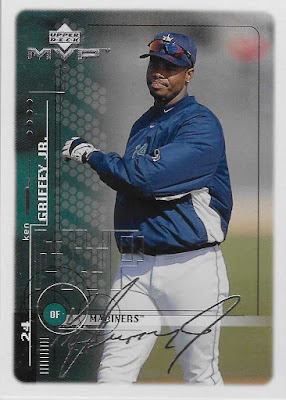 There is nothing on the front of this card to indicate it is a checklist which is kind of a best-case scenario when it comes to checklists. So many otherwise cool ones are ruined by the big, ugly "CHECKLIST" honking across the front. This one got lucky. 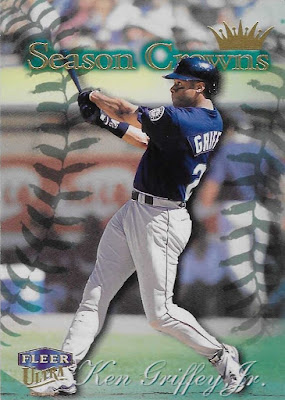 I never see this subset referenced, but dammit if it isn't a beautifully put-together card. I'm so used to Ultra super-imposing player images over a bunch of full-bleed nonsense that it's nice to see they do know how to integrate a background into the design. 12/10. This could be a Blu-ray cover. 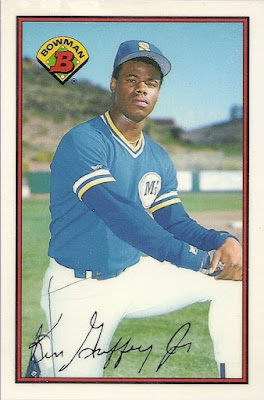 There are several Griffey cards numbered 220. I chose this because it is the scarcest of the Tiffany rookies (Topps Traded and Fleer are the others), and because I knew it would look funny sitting in a binder page at the top of this post. Don't try that at home with your '89 Bowman Tiffanies, folks. You can do whatever you want with the reg's. 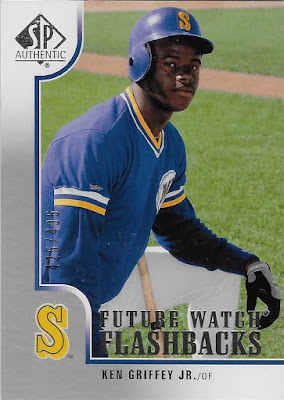 That is one low serial number for a base card. I don't believe I've ever seen the Kid looking more like, well, a kid than in this photo. Several guys from my high school rocked this exact same pose in their Homecoming pictures. The cool ones, anyway. I did the awkward hands-on--the-waist-of-my-date-who-is-taller-than-me thing. Also I got new shoes that same day, and when I got home from the dance I realized I had never taken the price tag off and it had been dangling off of my shoes the whole damn night. Coulda done without that flashback. 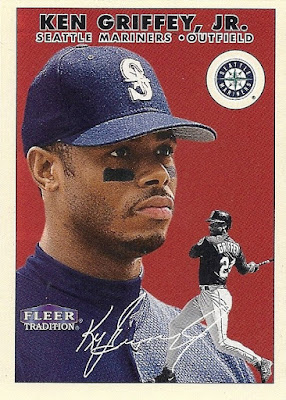 This is the glossy version which means nothing when you're just looking at the scan. It is noted on the back of the card which you can see on the page scan at the end of this post, but come on no one looks at that thing. 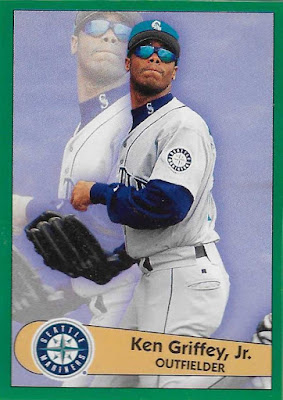 Who'd have thunk that sleepy little sticker-peddling Panini would become who they are today? Plus there's at least five logos on this thing. Don't see that anymore. 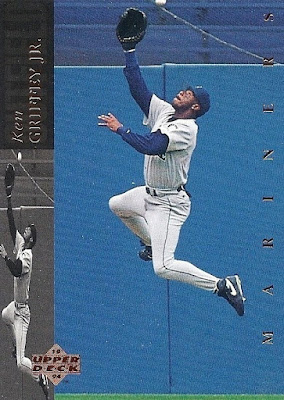 How do you not pick the Superman card? Thing's a legend. I feel like the whole base design was built around this one photo. 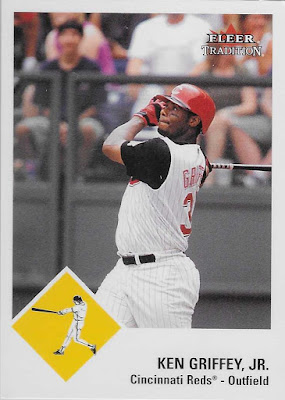 Another appearance from Fleer Tradition, this one on a heritage Fleer design from the '60's as opposed to a blatantly-copied Topps design. This photo is cropped so low it's like they're begging us to spy on Very Interested Blurry Kid and his dad, Gigantor McWhiteshirt. 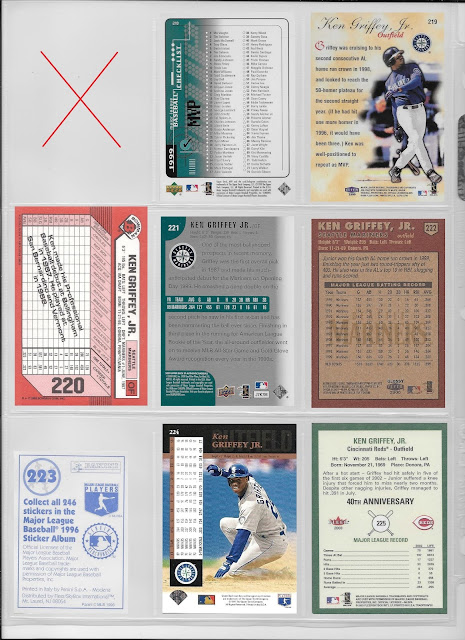 Thanks for reading. Here's a little treat for the people who do make it all the way to the bottom: