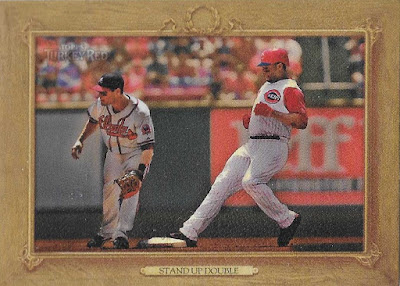 I've already made my feelings known about this brand in a previous post, 2005 Topps Turkey Red: Your Great-Great Grandfather Would Frickin Love These. Long story short, they're the kind of callback only someone who can appreciate a good Warren Harding joke can relate to. That said the '07 set is one of the better ones in the timeline.


That stately old ballpark in the background is the Palace of the Fans where Cincy's team played from 1902-1911. In the foreground is Griffey slamming a line drive up the middle from...ten yards past first base? I think they just really wanted the money shot of the ballpark in there, but this batting shot was probably the most awkward possible way of accomplishing that. Maybe show him taking cuts like he's on deck? Or even just standing there? Weird stuff, guys. Great painting though.

The design remained unchanged in the '05 and '06 sets, but in '07 they added some texture and filigree to the border that frankly helps out the cards a lot. Additional border changes would come to pass in the following year across multiple sports. Nobody complained, not even the 120 year olds. 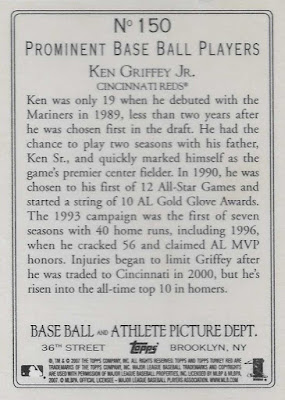 The back stays as true to the original cards as they ever did. I mean, I guess? I don't have a bunch of original Turkey Red cards laying around to check. It looks old though. Close enough. It's a decent enough blurb, but I will never get used to seeing a space between "base" and "ball," even for the kitsch value.


I am always quick to mention when a scan doesn't so a card justice, but believe it or not that is not the case here. This is what the card looks like even in person. Scanners turn a lot of surfaces (especially chrome ones) dark and mute all the joy out of the colors. This Turkey Red chrome does all that even with nothing between it and your eyeballs except air. On a positive note it brings out the filigree and wood grain in the border, but that's it for positive notes here. 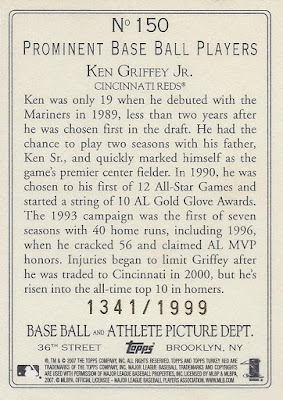 I do so love that old, thick Topps serial numbering, though. Okay, two positive notes.


Everything the regular chrome version ruins, the refractor fixes in fine style. These really do look incredible, be it in a scan or in person. Everything pops here. It's hardly vintage, though. Your great-grandfather's father would probably hate this parallel. 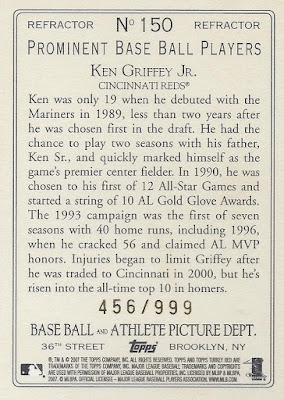 A surprisingly large print run, though. And they made the refractor indicators fit the design. Nice card. 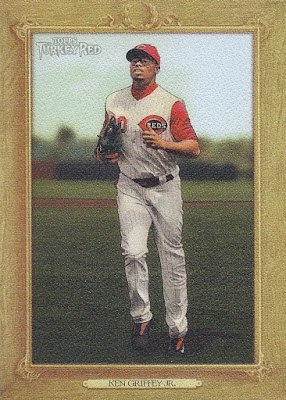 These Ad-back parallels were short prints seeded at 1:4. Glad I don't have to cut that humongous lawn. 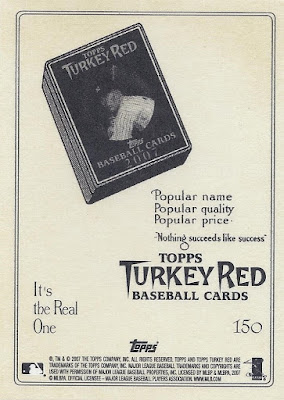 Unfortunately every ad I've ever seen from these SP's is for Turkey Red Baseball Cards and nothing else. I'd have loved to see some wacky vintage ad material here. Soft drinks with cocaine in them, over-the-counter "elixirs" with cocaine and heroine in them, or just straight-up amphetamines. Your Great-Grandfather's father knows what I'm talking about. 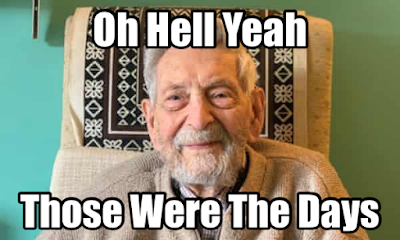 There is only one parallel I am missing from 2007 Turkey Red:


99 is a pretty big print run for the scarcest parallel in the lot, but I'm hardly passionate about this set. Maybe someday.

Hey, check this thing out: 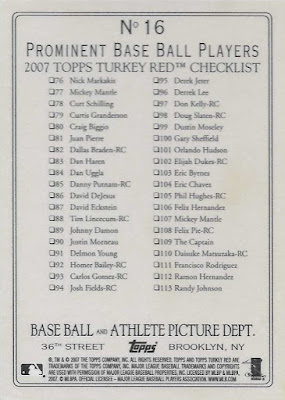 Honest to goodness - this is one of the most beautiful checklist cards I have ever laid eyes on. I want the original painting hanging in my house. Well freakin' done. It'll run you 84 measly cents on COMC right now. Go buy one.

They also made a Silk Collection insert: 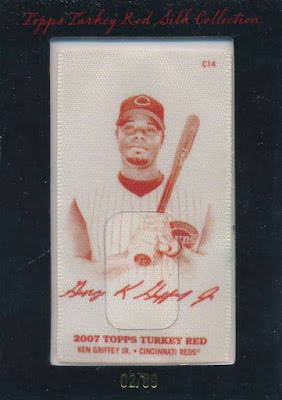 The thing is identical to the 2006 Allen & Ginter card, but I do like that early rookie signature in Cincy red. Border could use...I don't know. Anything.

There were also "cabinet" cards that were included one-per-box as toppers. They're not rare, but I've never seen one and have little interest in trying. I'm just not crazy about unspectacular off-size cards and even more not crazy about having to store them.

Griffeys I need from 2007 Turkey Red:

I've never been big on Turkey Red. They keep bringing it back in one form or another, but I usually ignore it. It's current format is as a one-per-pack insert in flagship. The cards are nice enough I guess, but I will probably always feel like they were made for people who died in the '60's. 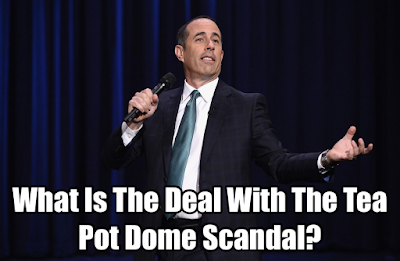 I have no idea.
Posted by The Junior Junkie at 8:30 AM