Welcome to Page 21 of the Great Griffey Frankenset!

Here is page 21 of the Great Griffey Frankenset: 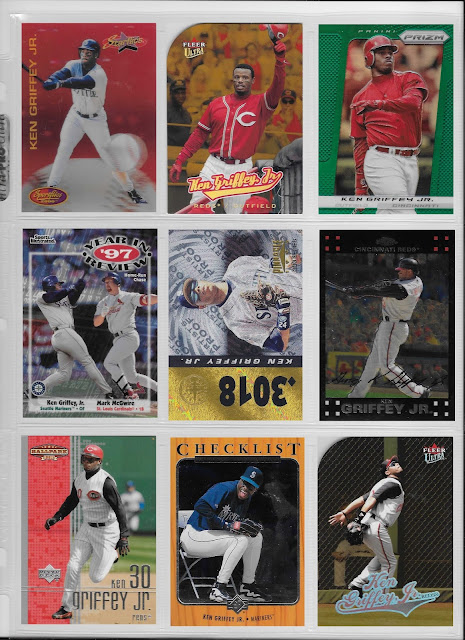 Page 21 Notes: A rare page with more Reds than Mariners. At this point its not even my own personal preference for Seattle-era cards - it is strictly number availability. This one also contains a pair of back-to-back Gold Medallions and, of course, plenty of subsets. 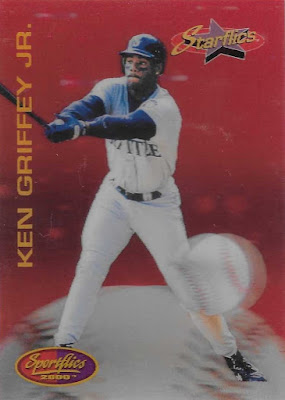 That really looks like a swung-on strike. I've always kind of liked this design (it's ok for a lenticular card), but that picture leaves me scratching my head. 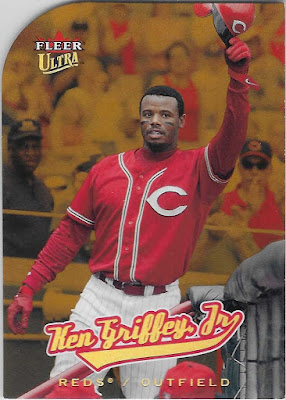 Then we have an amazing picture - possibly the greatest Griffey photo to grace an Ultra base card. I wish Junior got more hat-wave shots on cardboard. I feel like Mariano Rivera has more. 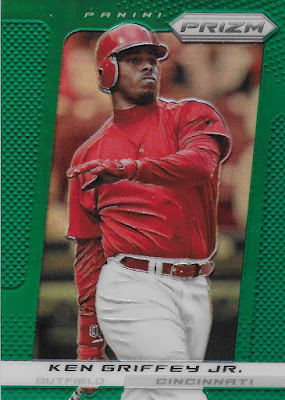 I could have picked any of the colored Pulsars from this year of Prizm, and yet there was no purple. That green, though. She pops. 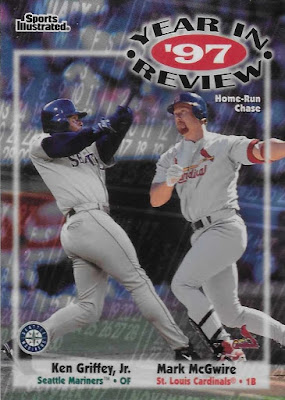 This card is 50% awesome and 50% blech. I'll give you a pass, though, Fleer Sports Illustrated. Nobody knew yet... 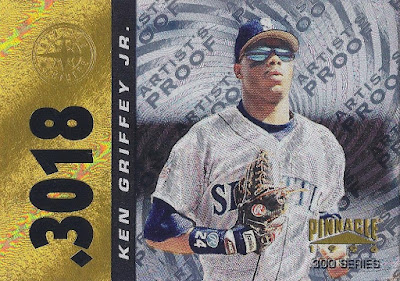 The regular card is #301.8, but as Starburst is considered an insert and not a parallel, this card # works just fine. That being said, this one IS a parallel. What is the term for an insert that parallels the base cards but that isn't quite a parallel? 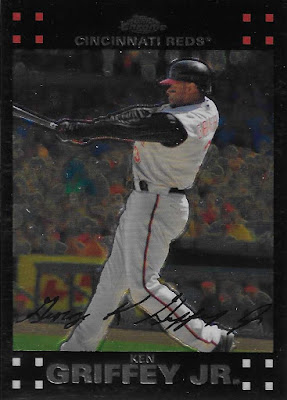 I'd have preferred to show one of the many base parallels if this one, but those are all #450. The Chrome version has different numeration which was a blessing here as it's the only Griffey card #186. 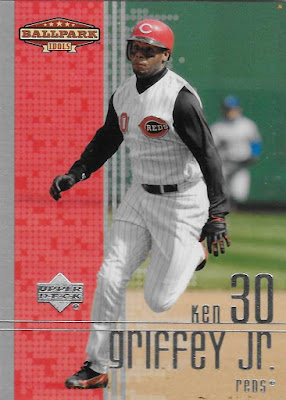 Another one where we didn't have a choice of cards at that number. The first hole in the Frankenset is coming fast. 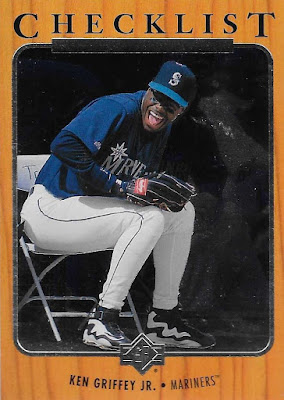 1996 SP was positively loaded with two thing: wood grain and shots of Griffey laughing his ass off. I like both of those things. 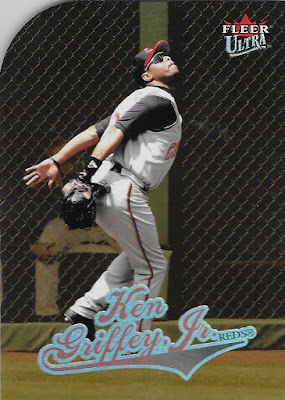 Here's that other Gold Medallion. I love how Ultra avoided slapping batting shots on every card like a lot of brands did with Griffey. We usually got something different from them, and it made for some great base cards. 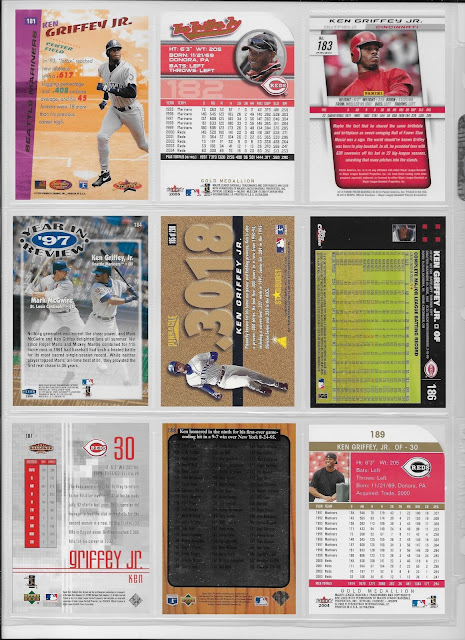 Thanks for reading!
Posted by The Junior Junkie at 11:22 AM