Welcome to Page 20 of the Great Griffey Frankenset!

Here is page 20 of the Great Griffey Frankenset: 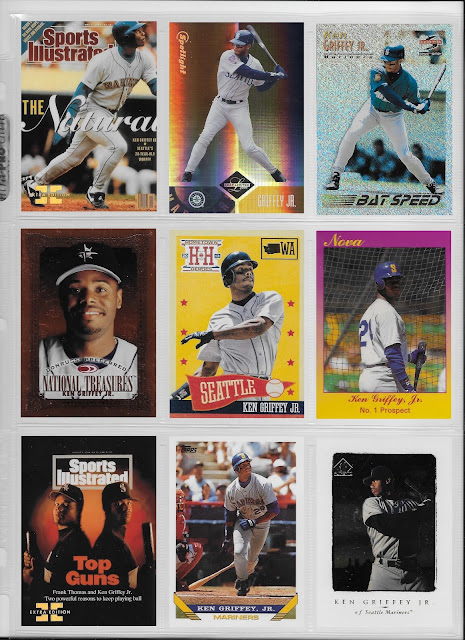 Page 20 Notes: The Mariners came roaring back in this page, snagging all nine spots despite there being a card printed in 2004. We are seeing a lot of base and subset parallels which should be no surprise this late in the game. 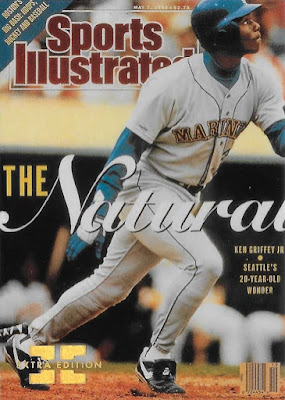 I'm a huge supporter of the short-lived Sport Illustrated sets put out by Fleer, and cards exactly like this are the reason. This one subset snagged two spots in the Frankenset (and on this very page). 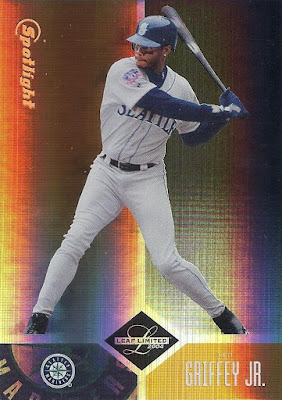 This card appears to have been made by a Griffey fan who hates the Reds. He's a Mariner on the front, a Mariner on the back, and a Red in the stat box. Very strange for a card from 2004. Don't try to convince me it's a Reds card, either. 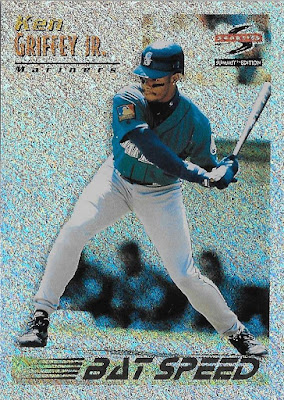 This is among the yawn-iest of Score sets (too much damn white), but the Nth Degree parallel helps a lot. I am not ashamed of my appreciation for gratuitous sparkles. 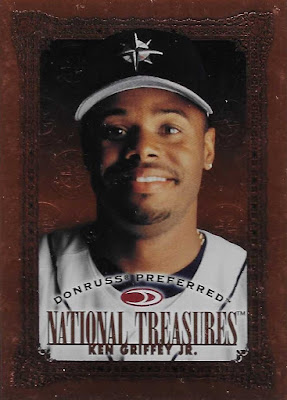 The scan here doesn't do just to the rich bronze and texturing in the border, but that doesn't matter. It's one of my favorite Griffey portrait cards of all time. Why didn't Studio look this good in 1997, Donruss? 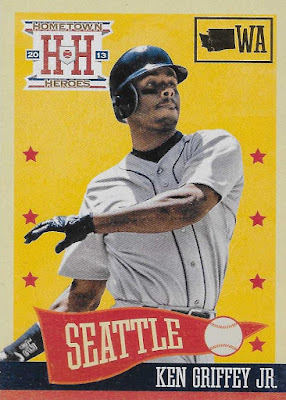 This quirky, colorful one-off set from Panini has all the attributes of a throwback set. For these State parallels I'd have preferred they went with the player's home state as opposed to that of his heritage team, but there are a lot of other states that would have fit that bill: Pennsylvania, Ohio, and by the time this was actually printed, Florida. Then again that may have caused some confusion among more casual Griffey fans. Washington is the safe bet. 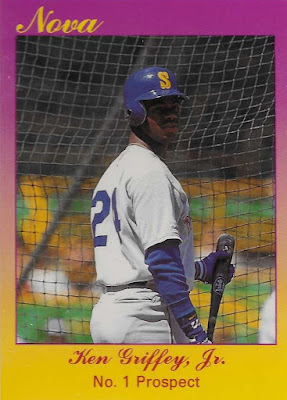 I hate having to use Star for ANYTHING, but this one isn't too awful. I guess. 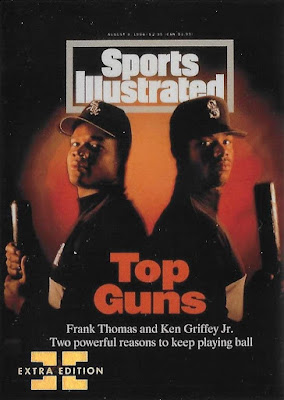 Here's that other SI cover, this one with Griffey and that guy who wishes he was Griffey. Just kidding, Big Hurt. Don't hit me. You are huge and loaded with testosterone according to those ridiculous commercials. 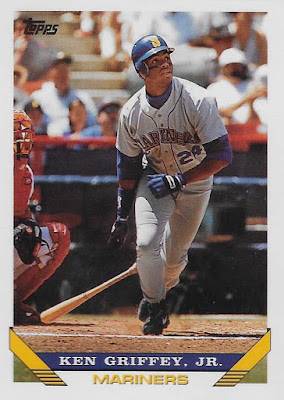 I tried to get all exotic and use the one from the full-page dealer sell sheet, but that one is numbered "000," so here is the less scarce regular sample. Ho-hum. 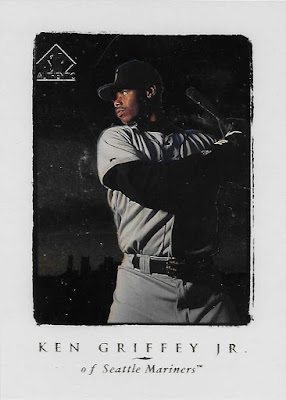 Another excellent card slayed by the scanner. The dusk background here is one of my favorite parts of this card, but you'll just have to take my word for it. 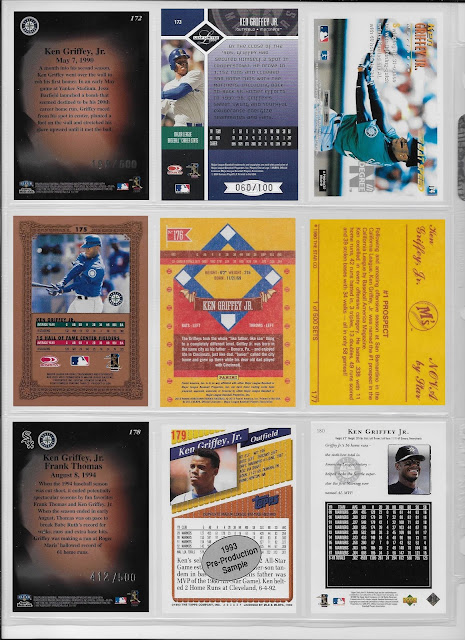 Thanks for reading, and look for Page 21 coming soon.
Posted by The Junior Junkie at 8:30 AM