This is the complete Pinnacle flagship Griffey master set in one gigantic 22.7 megabyte image. I took some liberties in terms of dimensions and also included a few of the great direct-retail sets of 1993, but they're all there. We'll take a quick look at each year just to make this one feel like a real post.

In the strictest sense I included only those Griffeys that were packed out in the original Pinnacle run from 1992-1998.

*What you will NOT see:

Samples - these are great, and I want all of them, but they were not packed out.
Backdoored cards - namely the 1995 AP variations and the 1998 Hit it Here Gold, but also anything else that falls under this category.
Jumbos identical to their respective base cards - I have them all, but this is just to avoid repetition of images.
Anything made after 1998 - this includes the 2013 Panini reboot which, while I am cool with, just doesn't count for our purposes.

And you may notice that I smooshed and stretched a few images to make them fit together, but bear in mind I did most of this with a baby in my lap so BACK TF OFF. 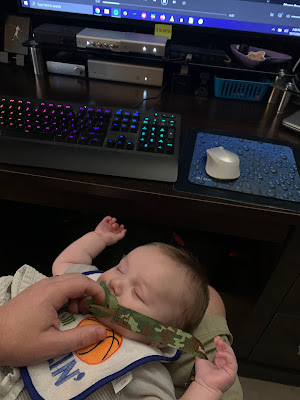 Yeah, I am NOT kidding.

The 1992 group is comprised of a whole lot if black with limited shine and color. It's also the easiest part of the master set to build. Go get 'em.

You could argue that the Cooperstown Cards and Home Run Club don't belong here as they were not packed out as Pinnacle flagship cards and are therefore not part of the Pinnacle flagship master set, but I included them anyway because otherwise this part would only have had 2 cards in it. Plus it's my blog, and I can do what I want. I'd feel better about breaking my own rules here if I also had that mysterious Cooperstown Card sample.

Starting to see some color now, and barely any borders at all. Plus not only Pinnacle's first base parallel, but their first multi-tiered parallels. Big step up in '94.

Huge step up in parallels this year, but still not the most. I was excited that I only had to make one card oversized to fit them all into a tidy square.

'96 was definitely the biggest year for Pinnacle-loving Griffey collectors. I would have made that awesome base card bigger (or possibly the Skylines), but dammit if they didn't fit together so perfectly as-is.

Some big-time die-cutting this year - Pinnacle flagship's first and last die-cut Griffeys. And Junior finally got a Shades card like his bro Jay Buhner did in 1992.

Like it or not, 1997 New Pinnacle is a flagship set. Some of my favorites here, too. Those Spellbound cards look great together. Keeping the Pace would pop a lot more had this image not been cropped from a photograph of my slabbed copy.

There are technically two cards missing here, those being the Power Pack Jumbos of the two base cards. I didn't include them because I didn't want the same card images represented twice, but I did make the base card images BIG to make up for this. Also missing is the allegedly-backdoored Hit it Here Gold that somebody once saw one time or whatever.

OK, that's all of them. I trust this post took a long time to load as these images are all pretty huge. Well, just to make it a little harder on your browser (and possibly your data plan), here's that 22.7 MB super-image again.