The problem with getting behind on a project as work-intensive as a card blog is that the it can be tough to catch up.  Then it can get so far gone that catching up seems like an insurmountable feat.  Despite all that, cards keep coming in the mail that need your attention.  That sounded like a complaint, but it's not, especially in the case of the awesome stack I got from Marc at Remember the Astrodome. 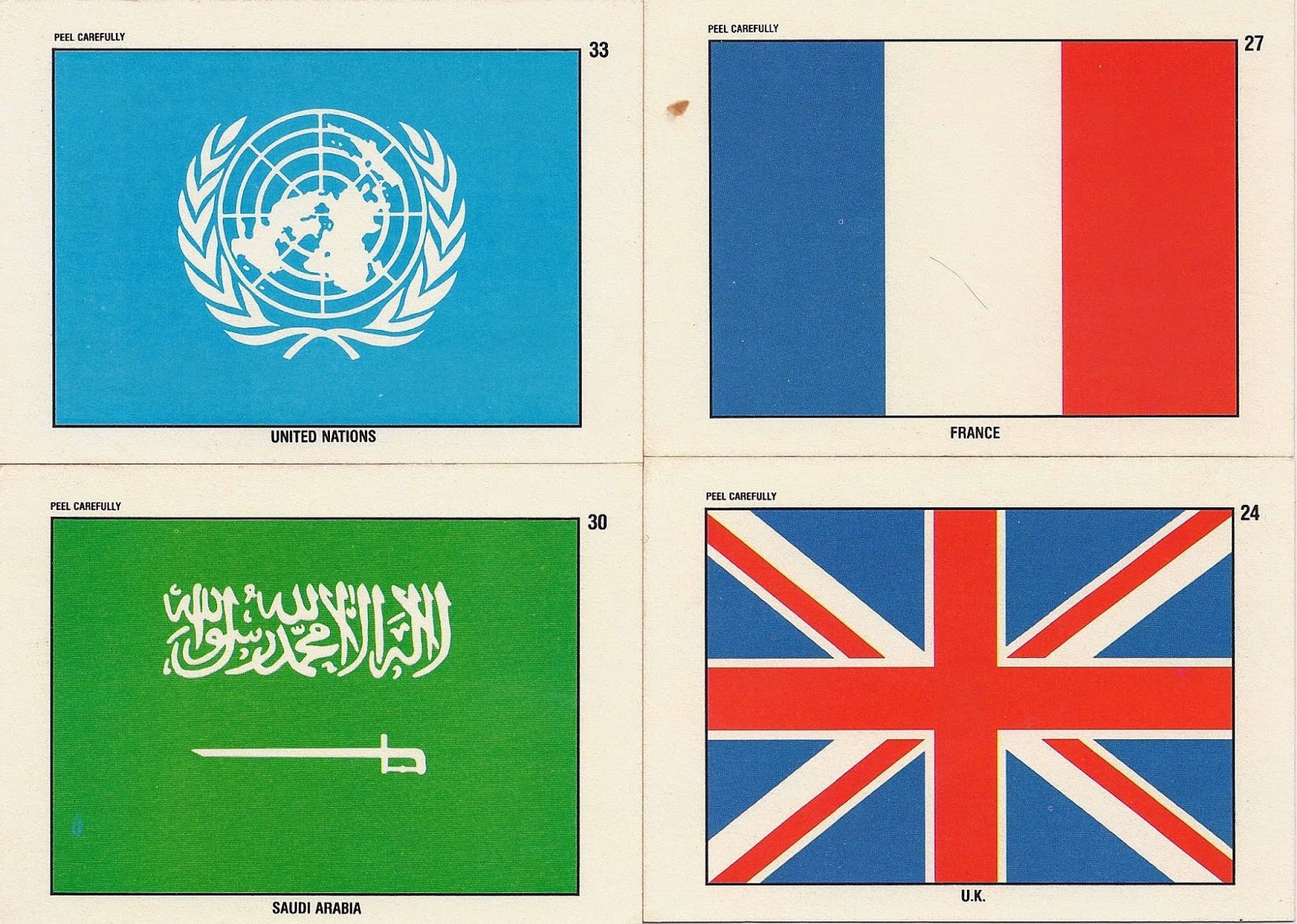 Marc put up a post of items he had for trade, and I claimed a stack of non-sports cards from the 90's.  You might remember these from the Desert Storm set.  The actual cards looked like this: 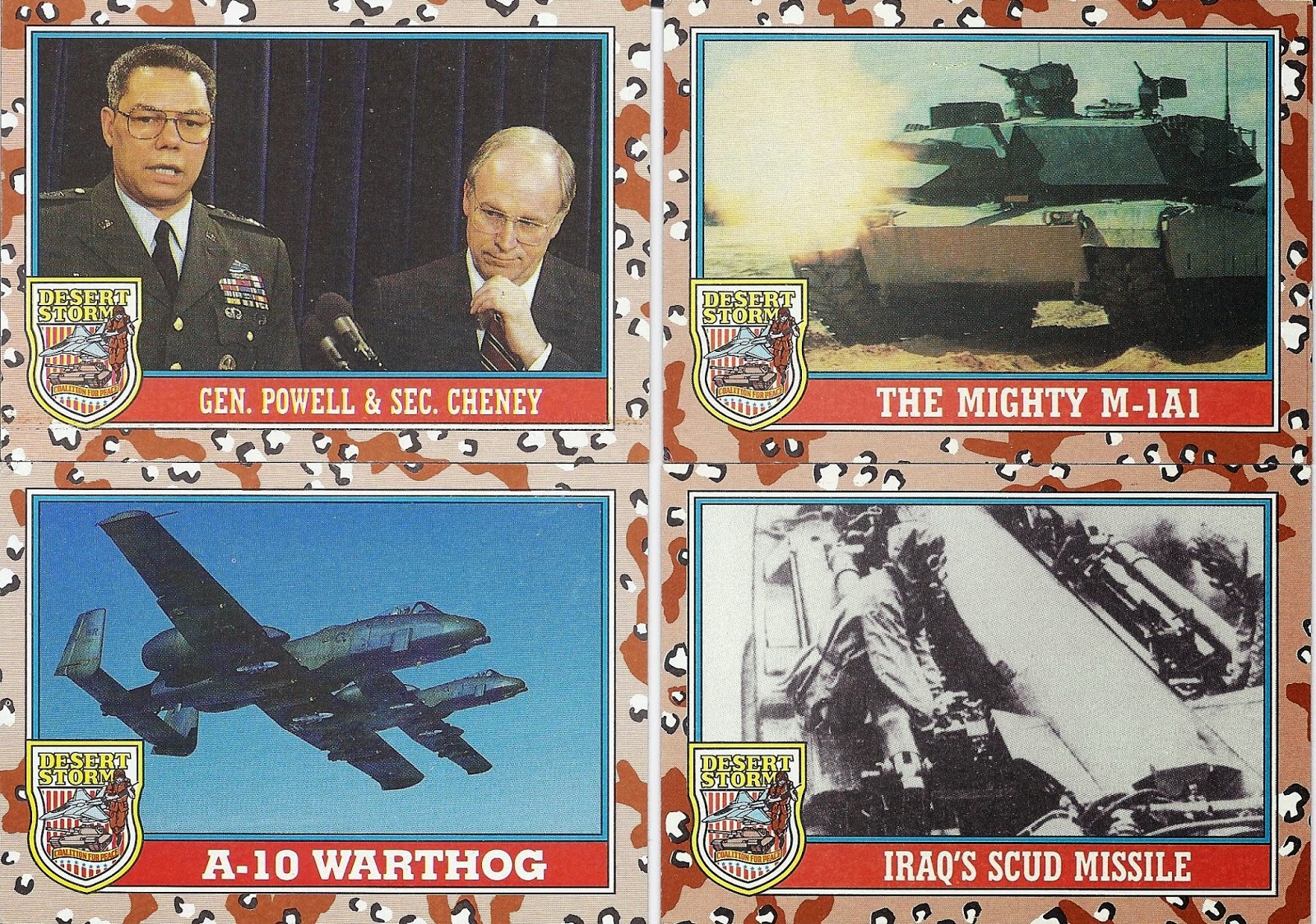 Look at Cheney's awkward-Dad Glamour Shots pose.  I can't laugh too much here because he actually looks a bit like my Dad.  I'm a big fan of the A-10 "Tankbuster," too ever since I was a kid.  There were lots of these cards in Marc's trade - these are just a few favorites. 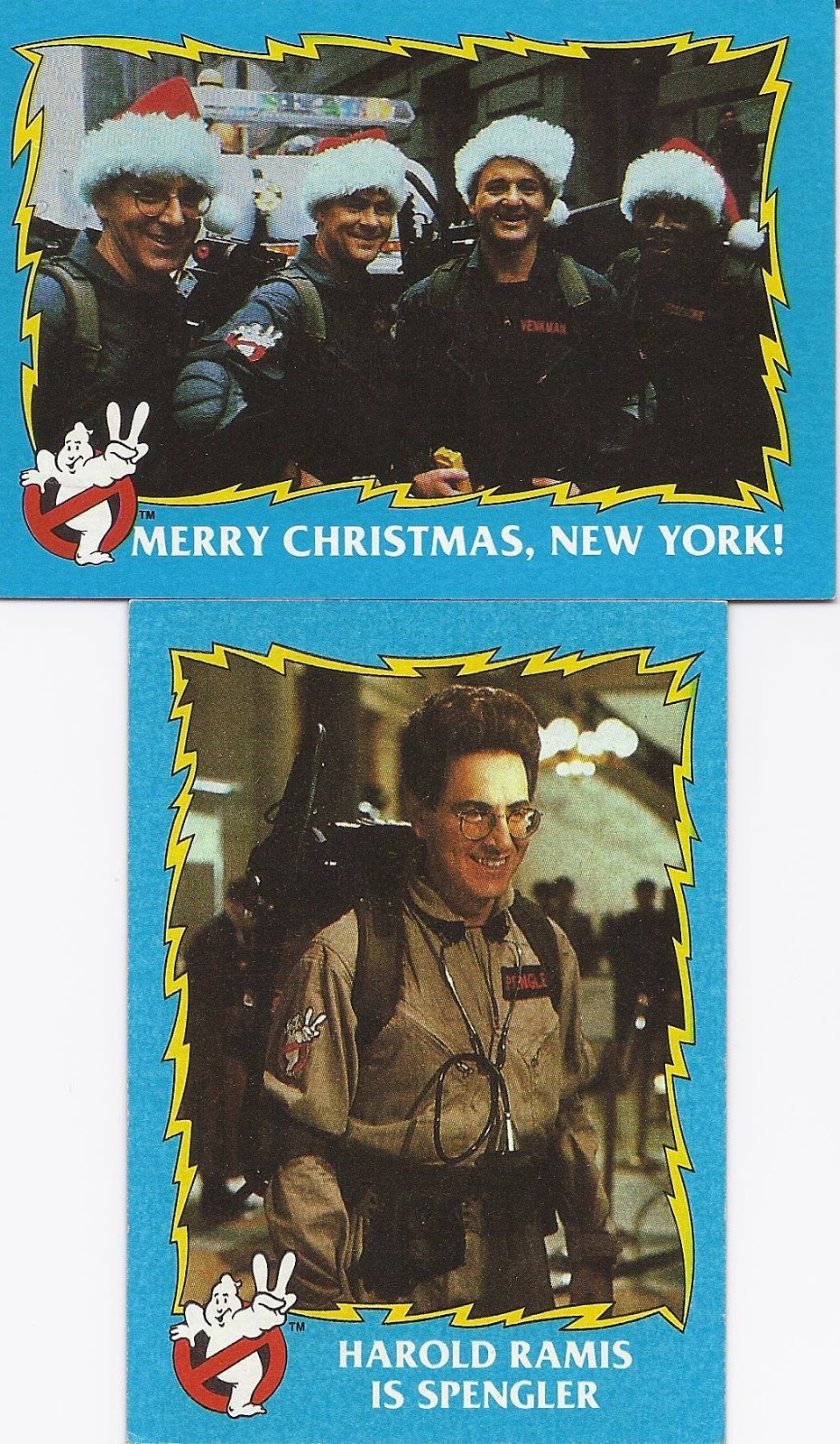 Ghostbusters II, one of the best sequels ever made, IMHO.  That would be Bill Murray on top, so it's going in my Bill Murray collection for sure.  Plus we have the late, great Harold Ramis immortalized on cardboard.  I love these. 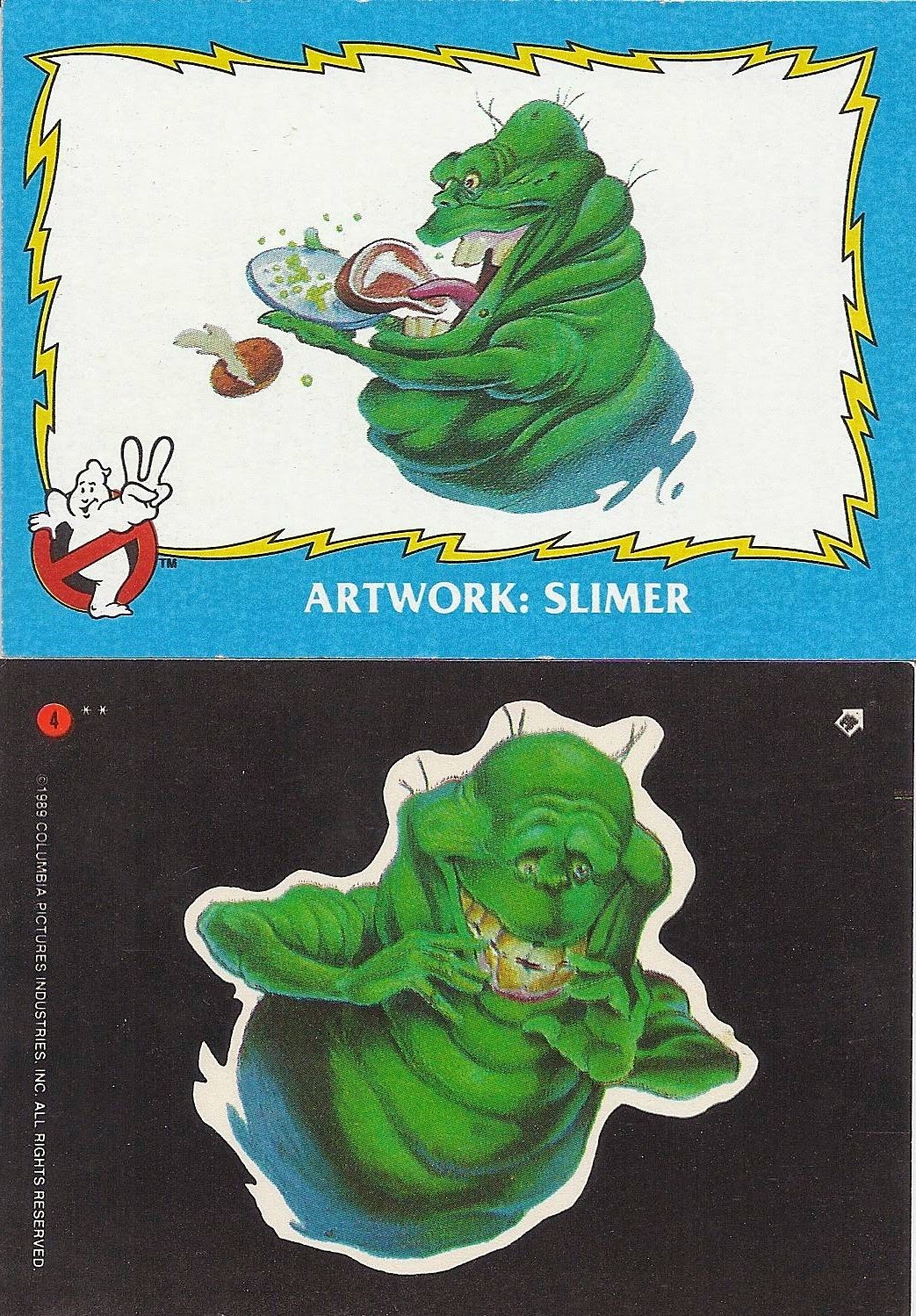 I think Slimer was in the second movie for only a moment as a bus driver - still, why did they need artwork?  He didn't change at all from the first one apart from the bus driver cap. 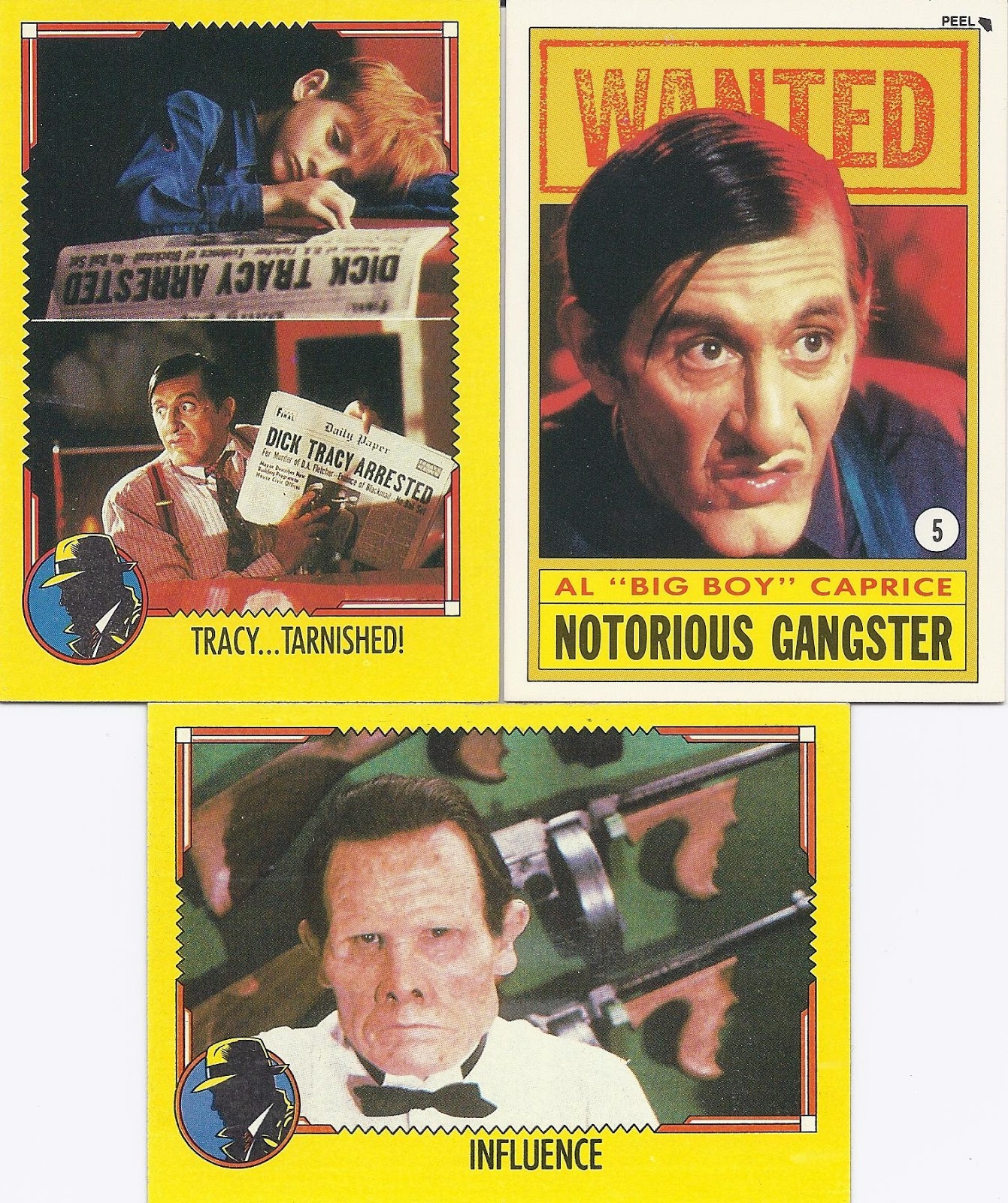 It's still amazing to me how big this movie was when it came out.  It's really weird, and I'm not sure Pacino even claims it as one of his.  I need to re-watch this out of pure curiosity.  The last time I saw it was in the theater in 1990. 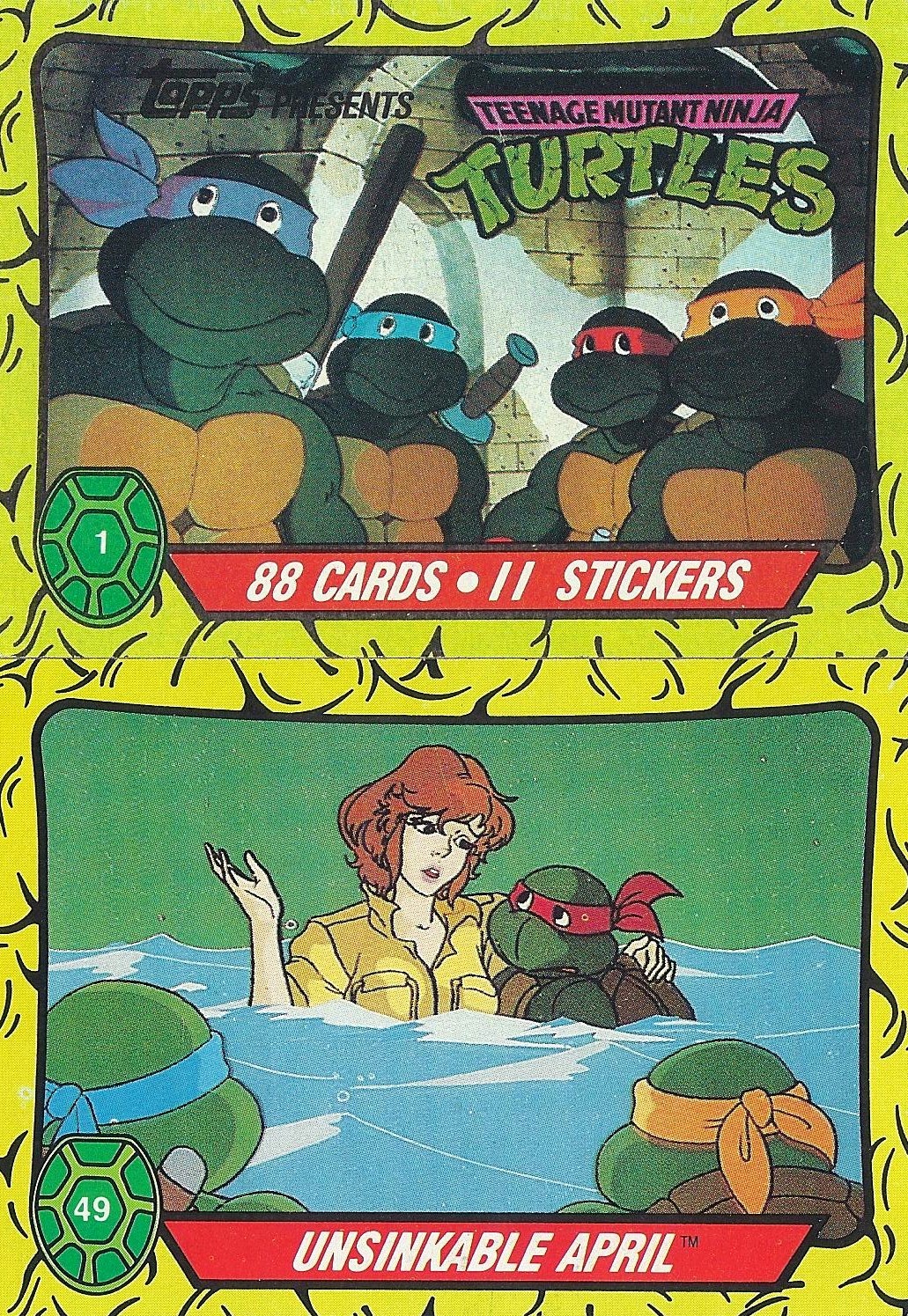 Can't go wrong with these bad boys.  How about April O'Neil in that yellow jumpsuit?  Mm-hmm.  You know what's up.  Even eight-year-old me knew that thing was made to come off... 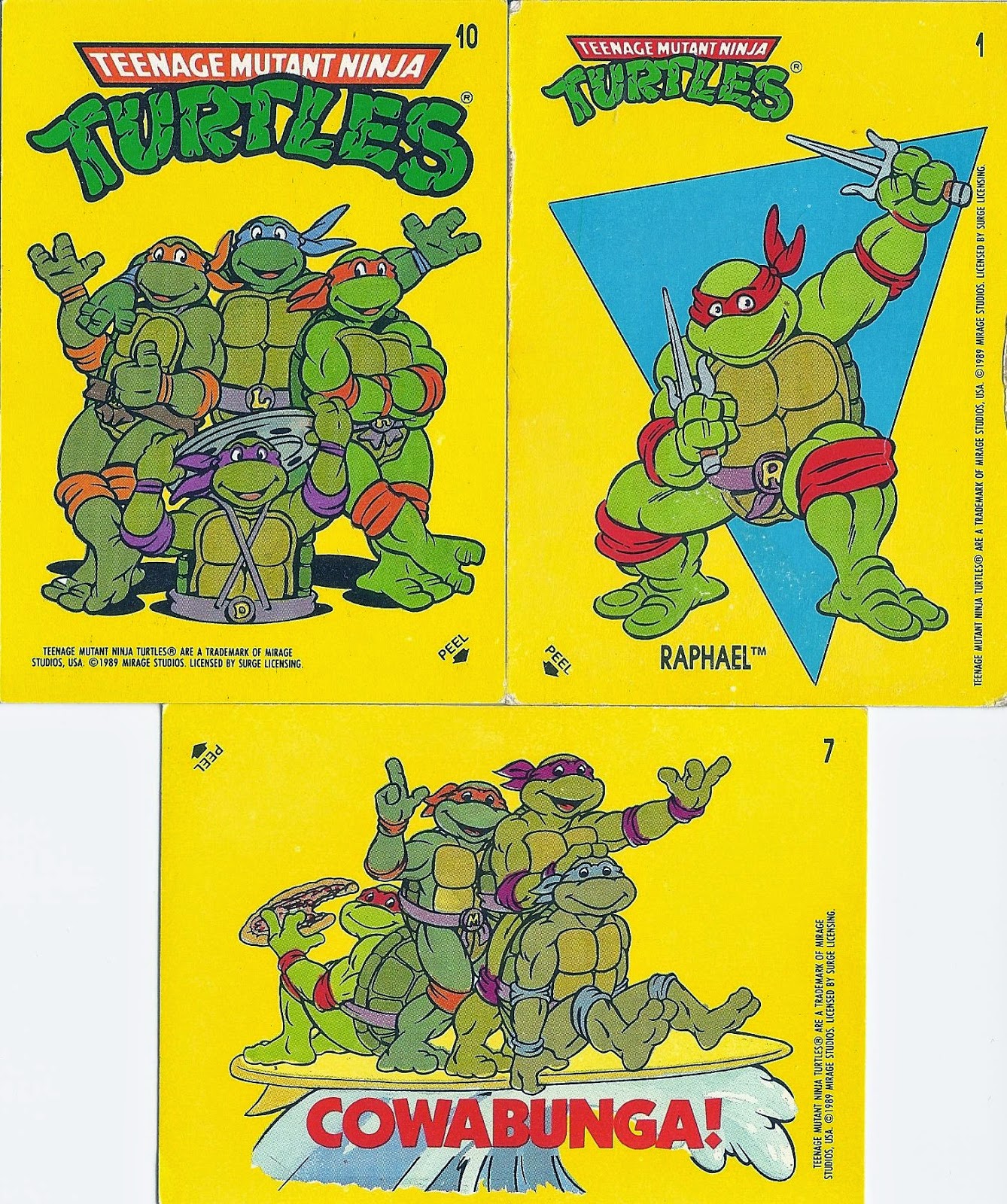 Mikey is either saying they are #1 or flipping off somebody behind him. 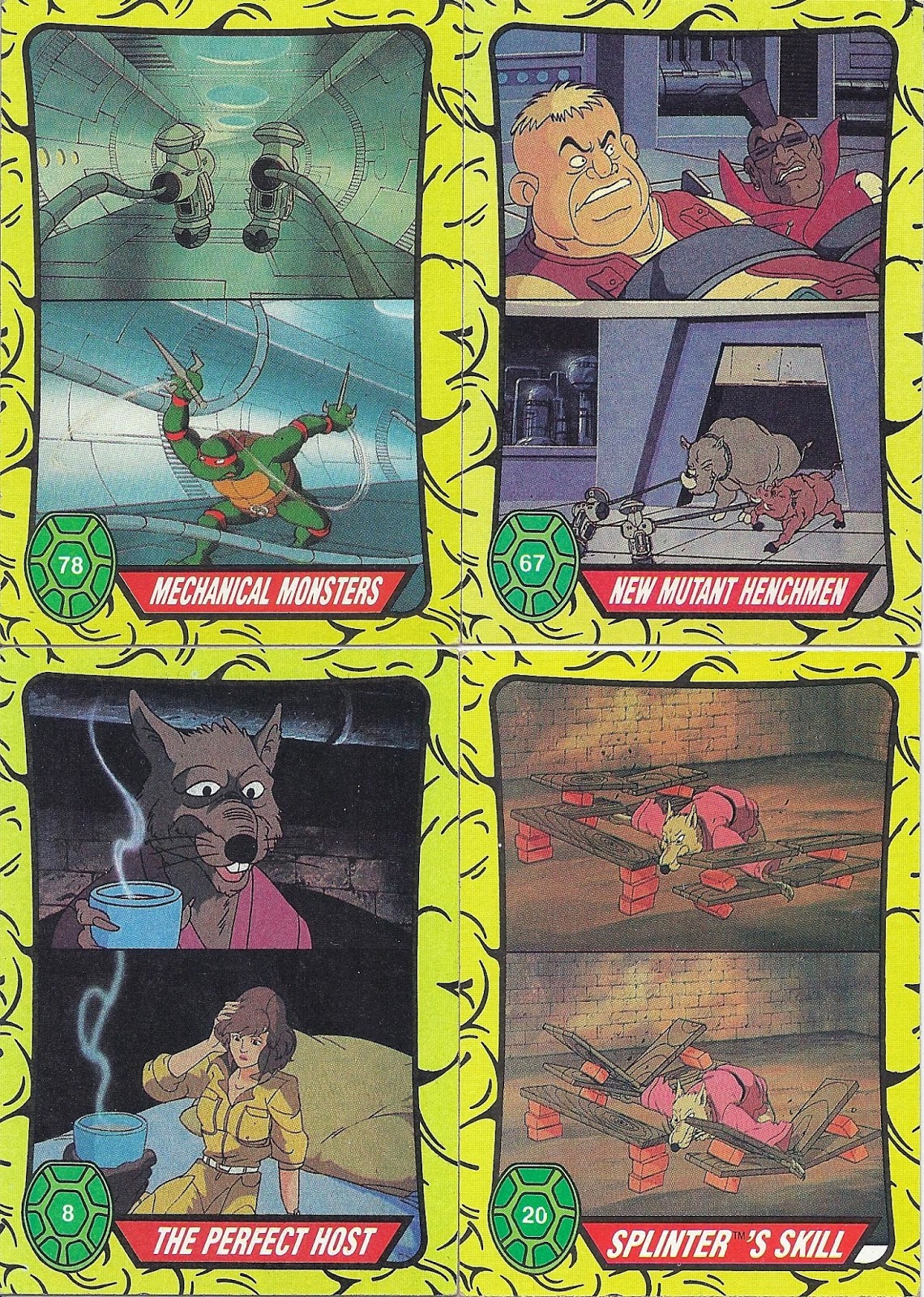 You may remember those lassoing robots from "TMNT: the Arcade Game."  They were a serious pain the the shell!  Get it?  Turtles?  Yeah, I can do it too...  I love that one of Bebop and Rocksteady before they were mutated by Shredder.  And look how hard they had to force the "TM" in after Splinter's name before the apostrophe.  Geez. 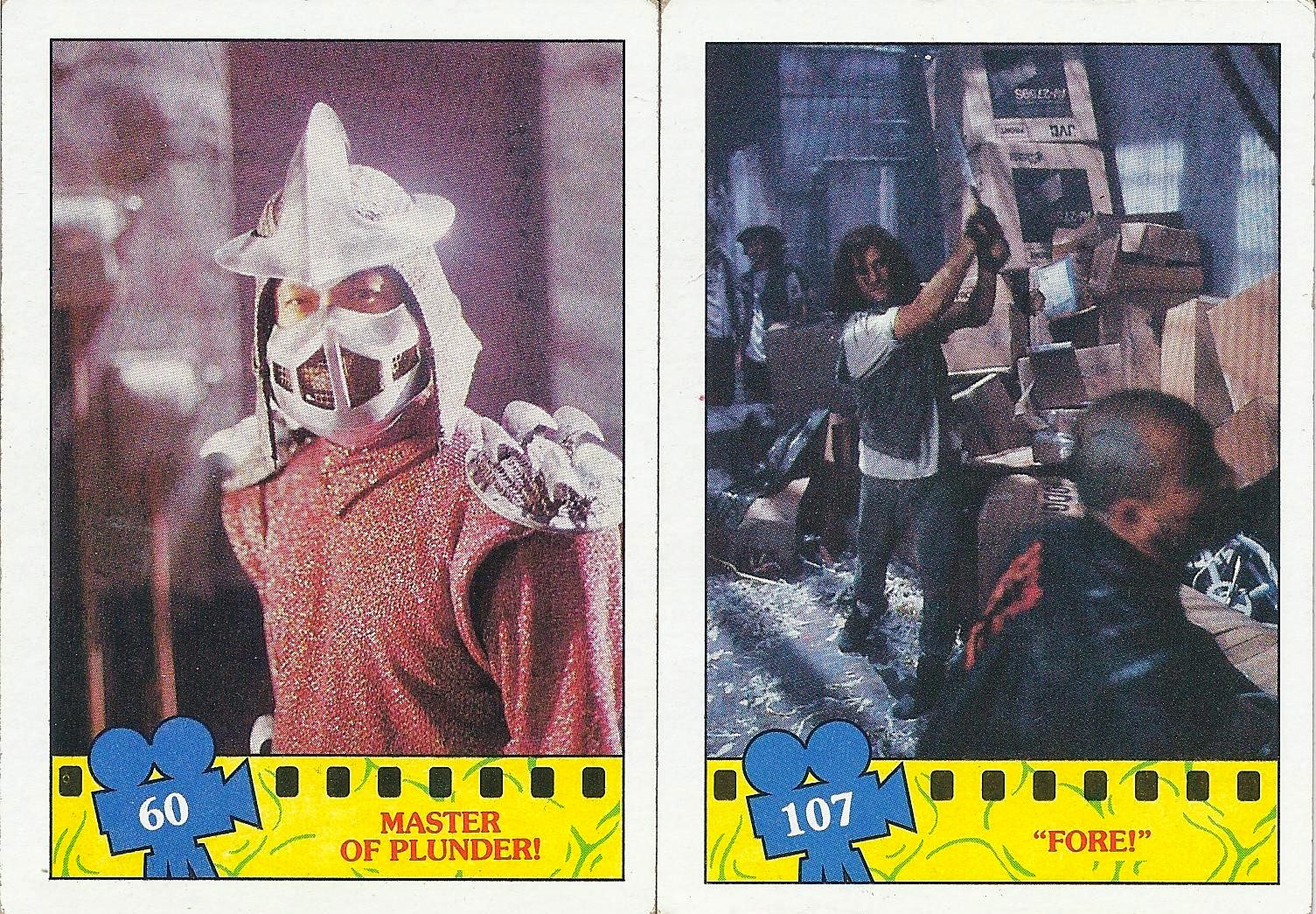 These are from the movie, obvy.  Shredder wore pajamas and a basket on his head - if you haven't seen the previews, the new Shredder looks much scarier.  I was always a fan of Casey Jones because he made good use of sports equipment and because he was the only character who could conceivably get April out of that tight little jumpsuit. 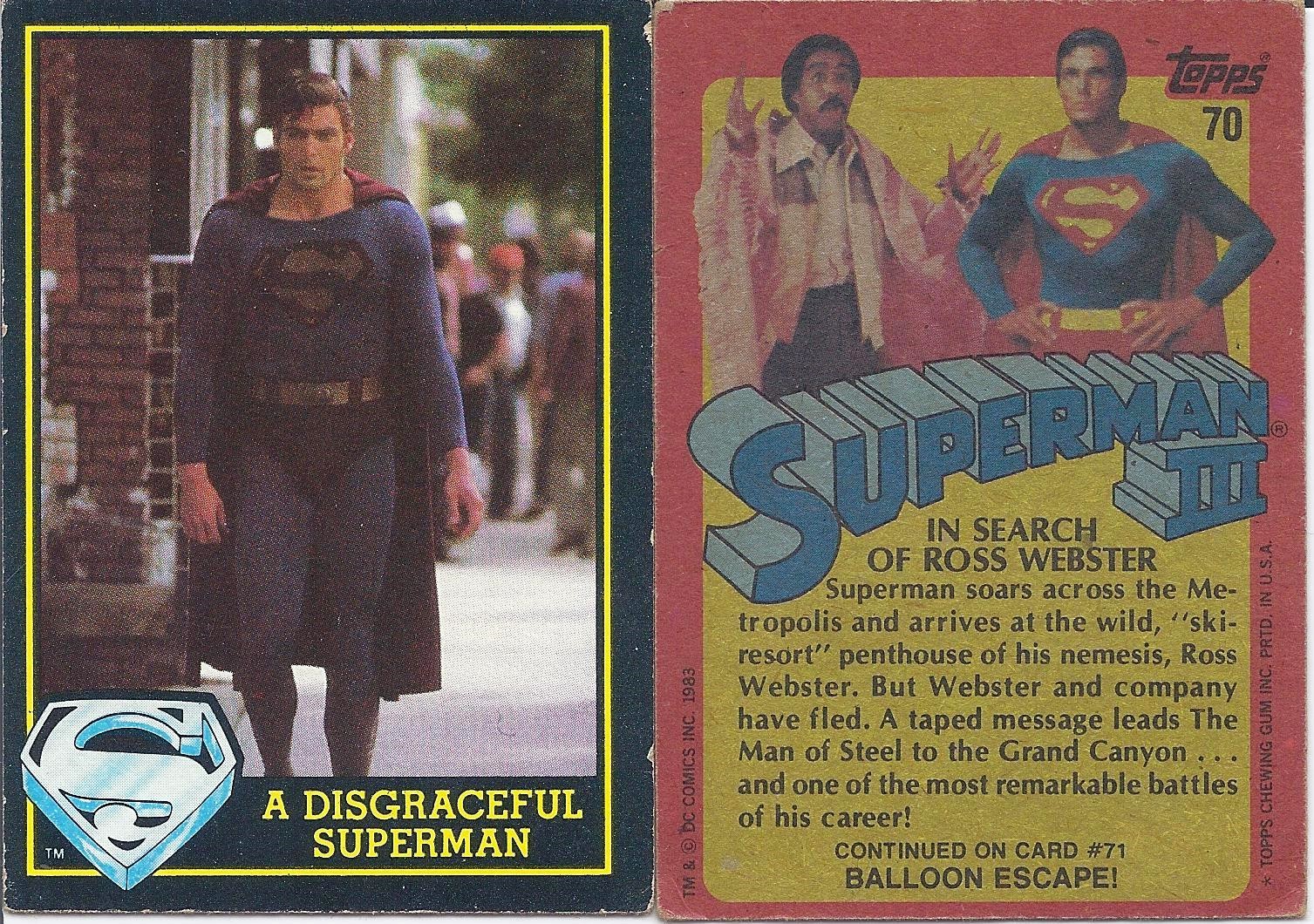 Here's a sentence you'll never hear again: Superman III is my favorite Superman movie.  I don't know what it is - maybe I just saw it at just the right time in my formative years for it to endear itself to me. 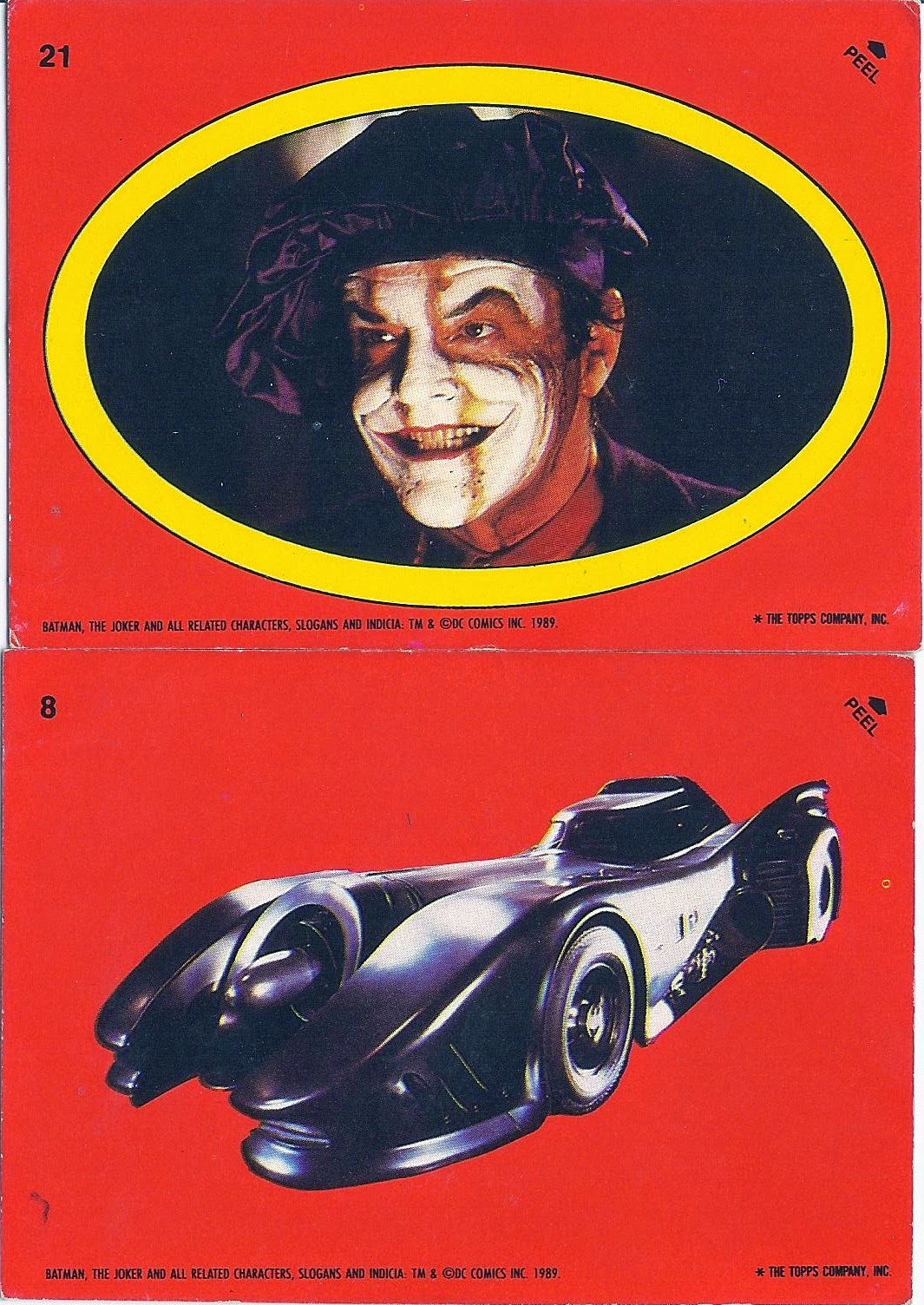 The first Batman is also my favorite of that series (not counting the Christian Bale reboot).  Best villain, best Batmobile, best acting - best pretty much everything.  These cards rock. 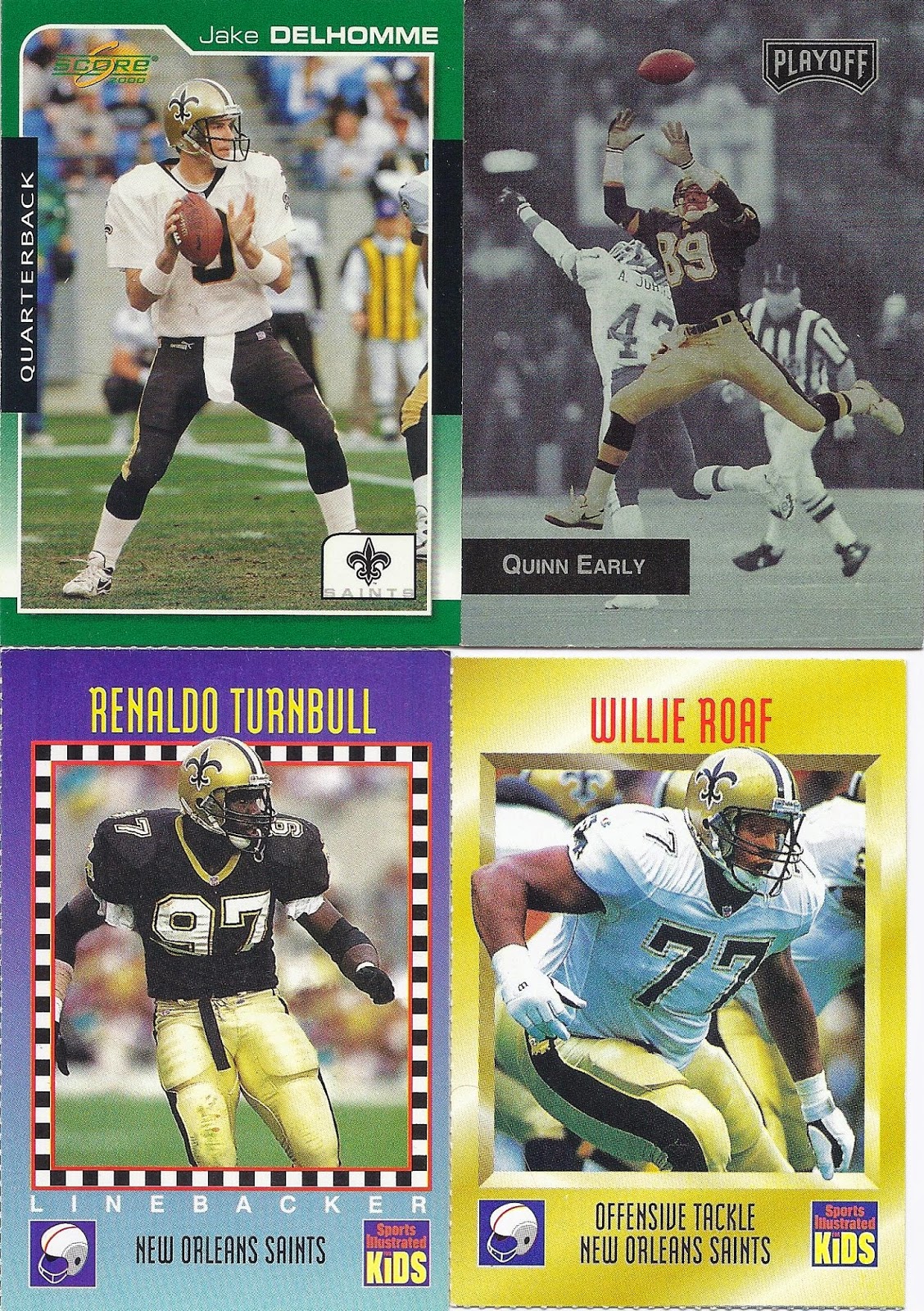 I'm not a big Quinn Early enthusiast, but that's a great-looking card.  I can't imagine kids reading Sports Illustrated being excited about Willie Roaf, but I do remember Jake Delhomme being pretty popular here in NOLA in his day.

Thanks, Marc!  I have a bunch of Astros coming your way.

And if you come across any more April O'Neil cards, you know where to find me...
Posted by The Junior Junkie at 10:00 AM