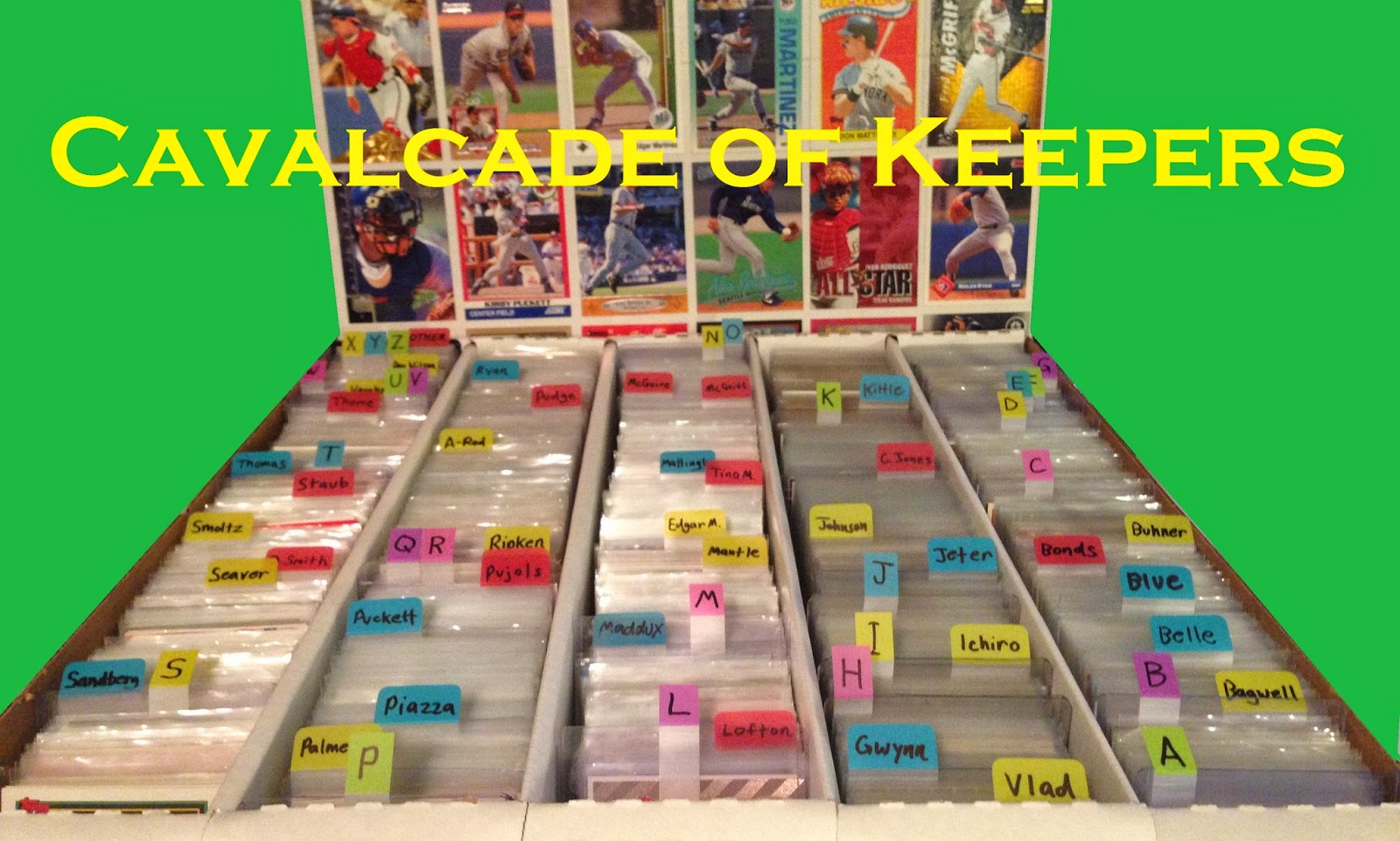 I can pump these things out pretty fast, huh?


In 2008 Topps created a Japanese phenom from scratch and issued a card for collectors to chase unaware that this guy doesn't even exist.  Whan an asshole move!  When I heard this card existed I had to buy one for the simple fact that what Topps did sounds like something I would do.  Nice prank.  Kinda dick, but nice.


I found this checklist of Mr. Herzog in the LCS dollar bin and didn't have to think twice.  The guy's a legend and has a really cool signature.  Not a bad looking checklist, either, despite the stark whiteness (Whitey-ness?).


I didn't even know Yogi had any cards this late in the game.  Plus he looks like a character from a Martin Scorsese film.  Super New Yorky, especially with those glasses.  Awesome card.


This is a great insert.  You can't really tell here, but it's got some excellent interplay between matte and gloss printing along with a very slight embossing.  I'm nuts about these.  Well done, Panini.


Finally we have a card I would have killed for back in '95.  This shiny offering from Zenith is entirely in Japanese, even in the blurb on the back.  It's so gimmicky that it deserves to be documented.  Plus there's a Piazza cameo.  Can't beat that.