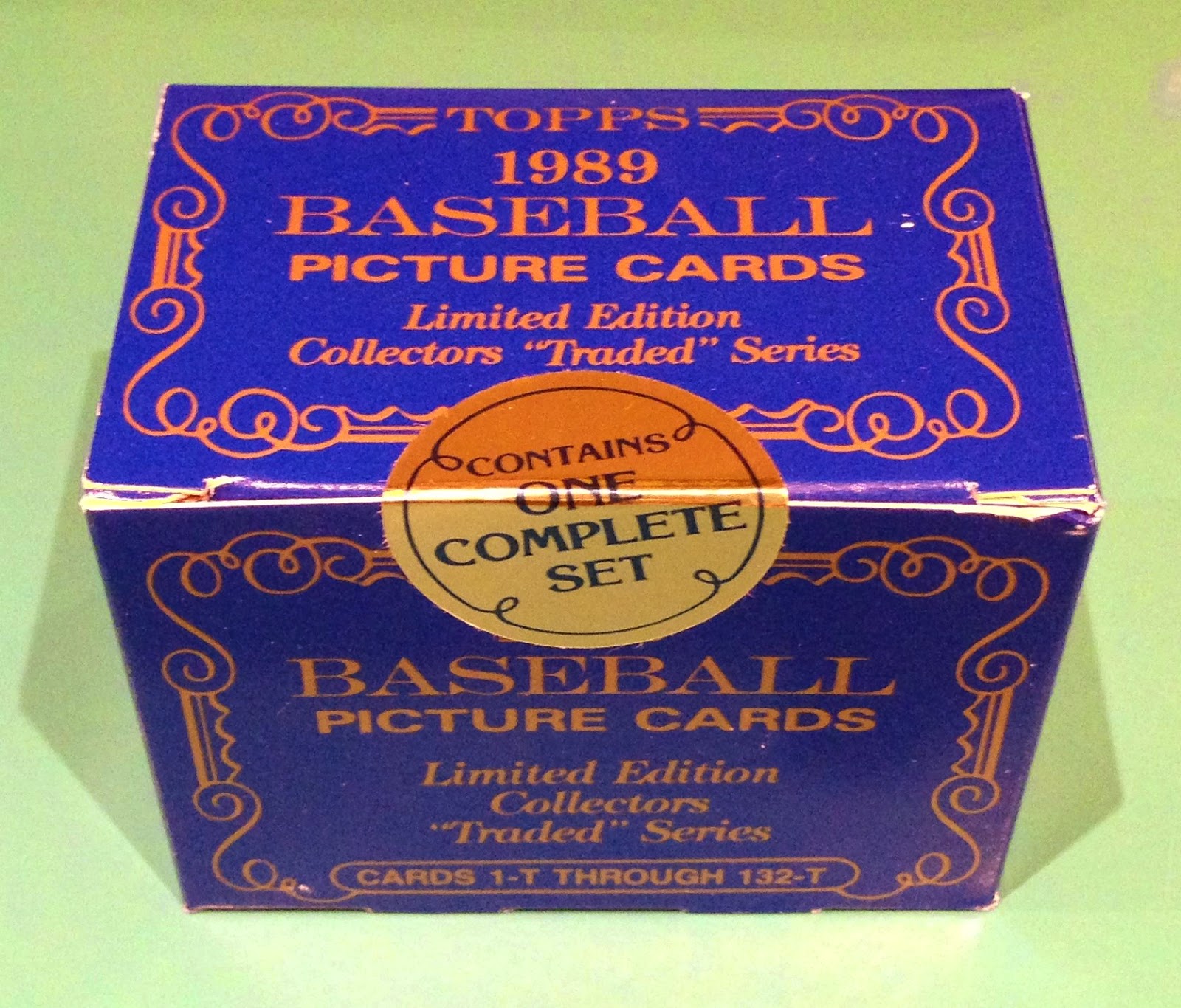 "Breaking the seal" usually refers to the first pee after you start a night of drinking.  It usually feels amazing and leads to future pees that happen far more frequently than before the "seal" was broken.

This term used in terms of card collecting means something much more painful.

I have a lot of Griffey rookies, and until recently I had almost every one.  Almost.  The one official Griffey rookie that eluded me was the 1989 Topps Traded #41T Tiffany.  You probably know about Tiffany cards if you've ever actively collected - they're re the super-glossy versions of Topps, Bowman, and Fleer sets from the 80's and 90's printed on white card stock in very limited quantities.

Now, with the Traded set which is already printed on white card stock the only characteristic that differentiates a Tiffany card from the regular version is the gloss coating which can be difficult to spot on a card that is encased.  For this reason I've actually been through a couple of duds purchased online (Tiffany cards are tough to buy online because you can't verify them).  The way I figured, the only way I was going to land a true Tiffany 41T with absolute confidence was to buy the sealed set, so I did just that.

The set arrived, and it sat in my Griffey cupboard for weeks before I decided it was time...to break the seal. 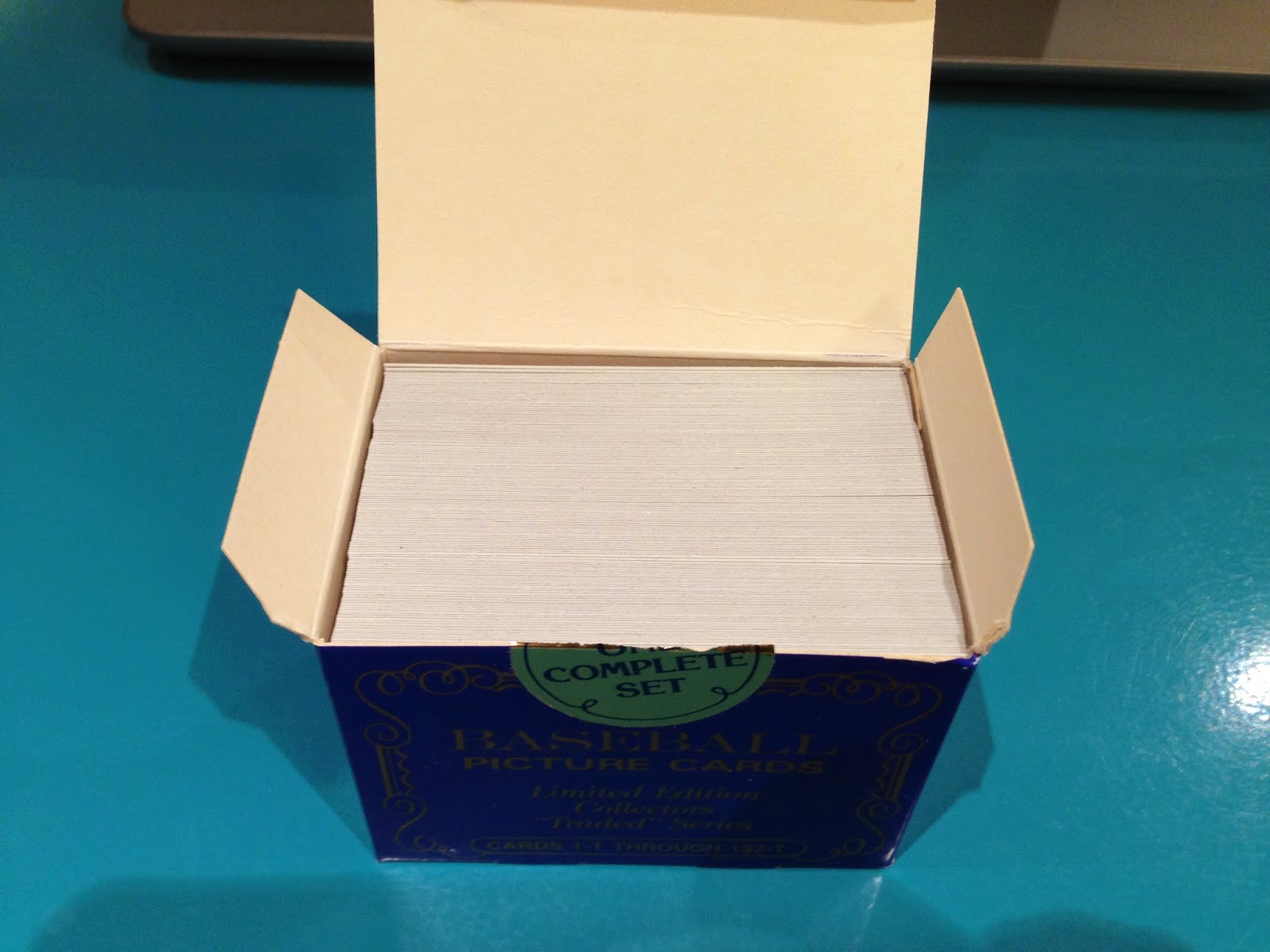 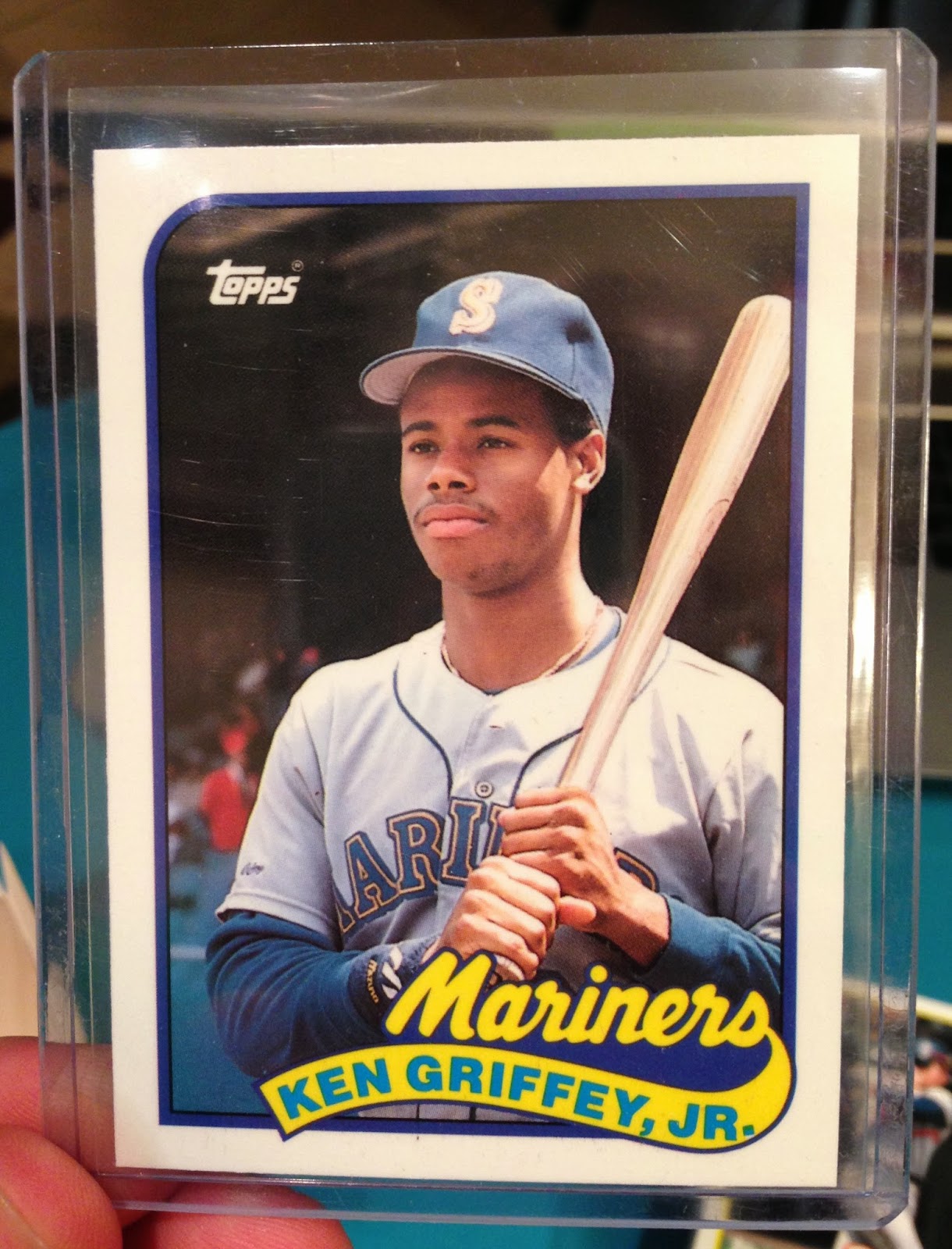 And there it was, perfectly cut and shiny as the day the Good Lord made it.  The thing was more valuable with that little gold sticker intact, but this card is 95% of the value of the set, anyway.  Plus, I got these: 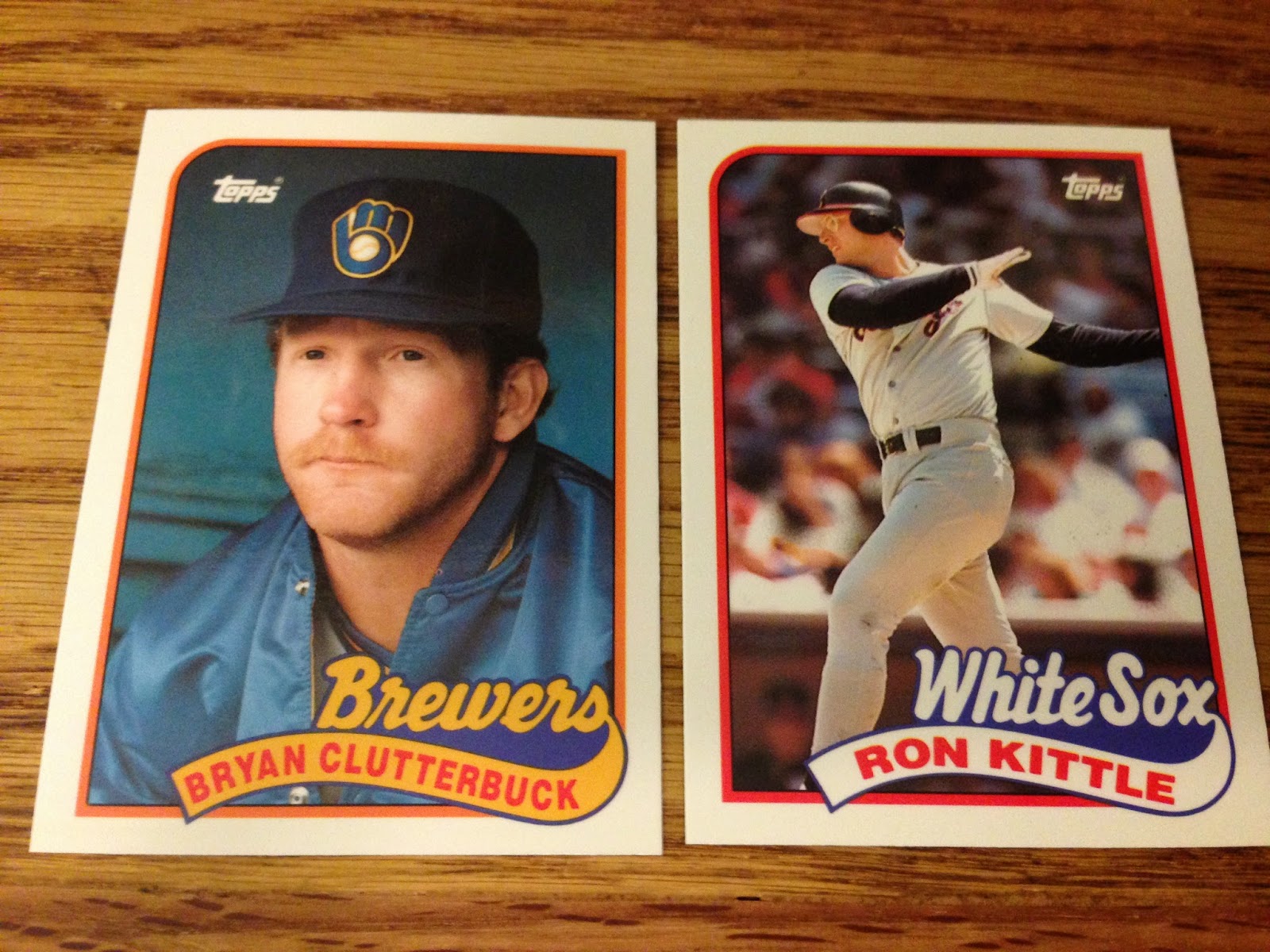 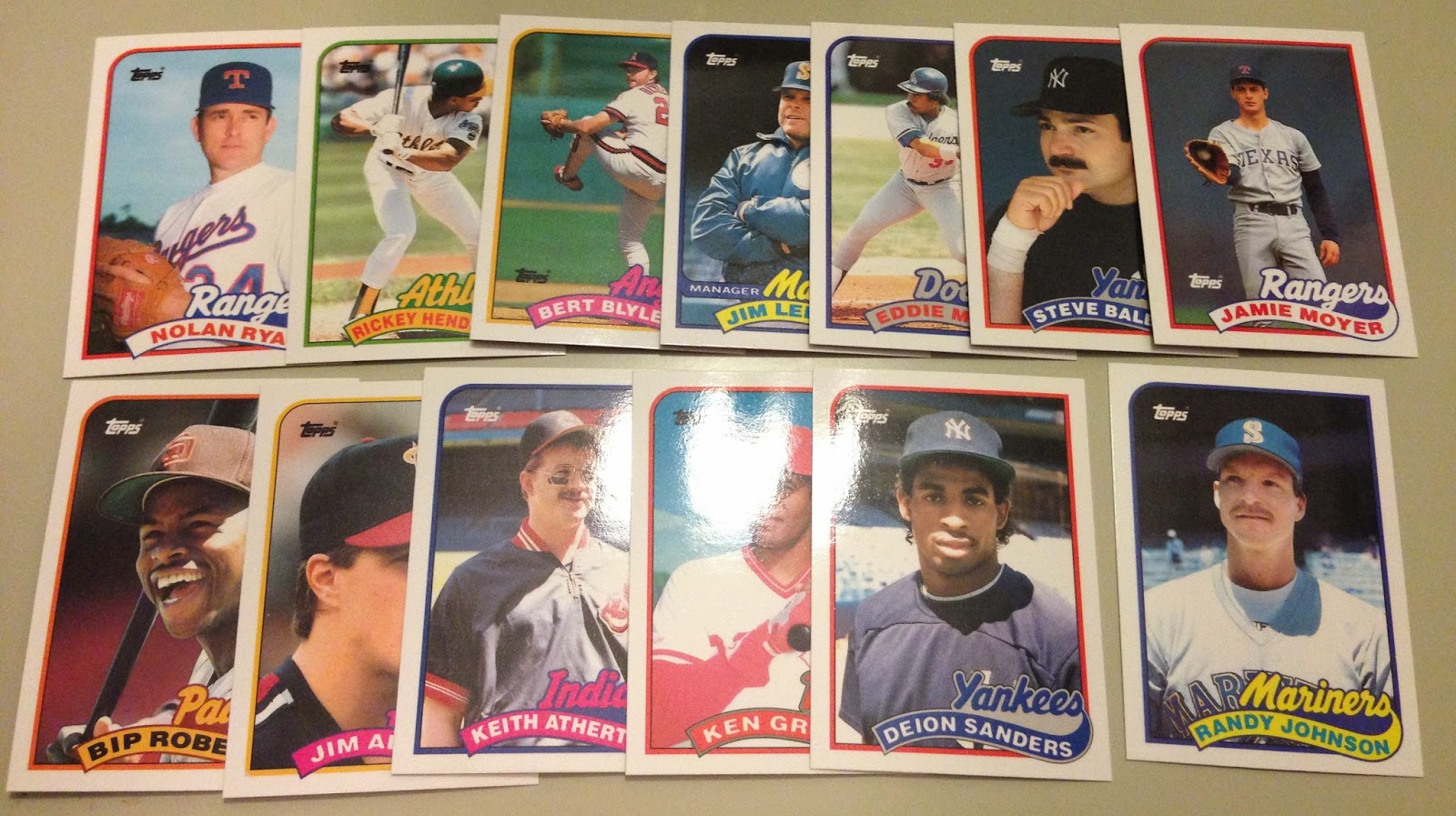 All these to boot!  Looking back I would do it again, and I have to admit that yes, I have mixed feeling about it; but I feel glad that the cards within are being enjoyed by me and anyone cool enough to read this blog.

And yet, I should admit here that on that fateful night, after dispatching the virtue of that little '89 Tiffany Traded set, I got what you may call a bit of a seal-breaker's high. 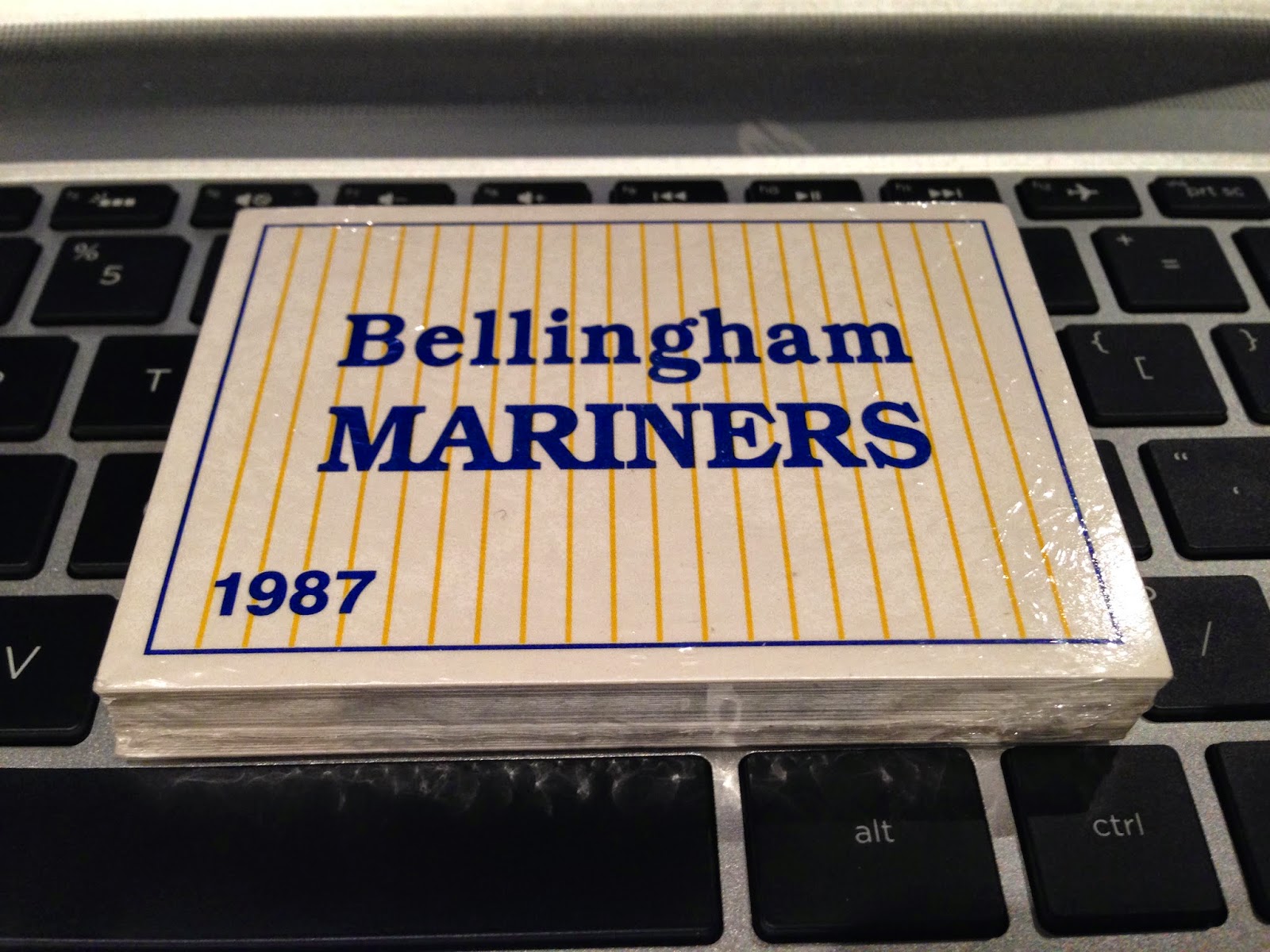 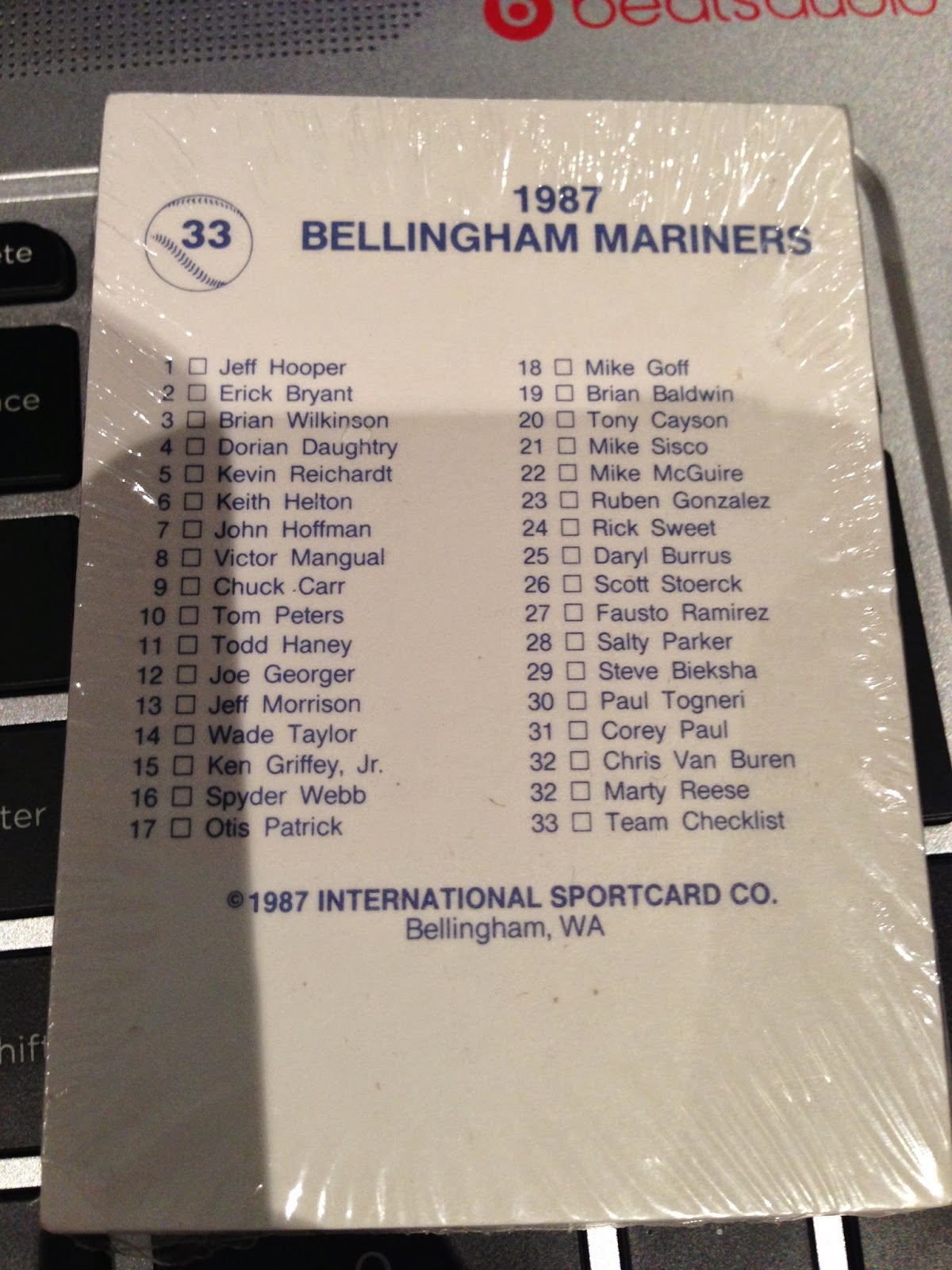 As you can see on the back here, Mr. Griffey appears on two cards: #15 and #33 which is this very checklist.  There is a team photo on the other side.  Know how I know? 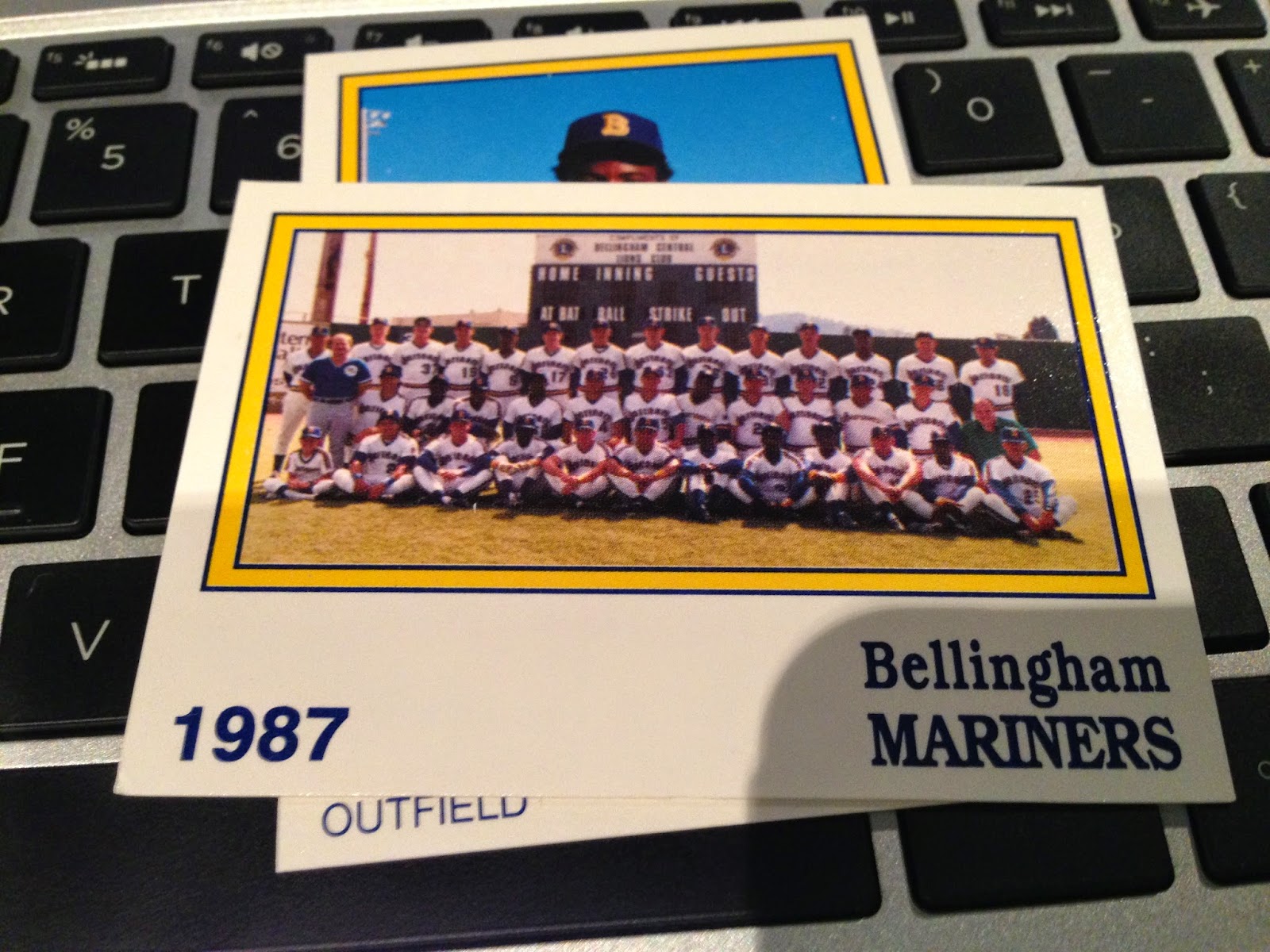 That's right - I did it again. 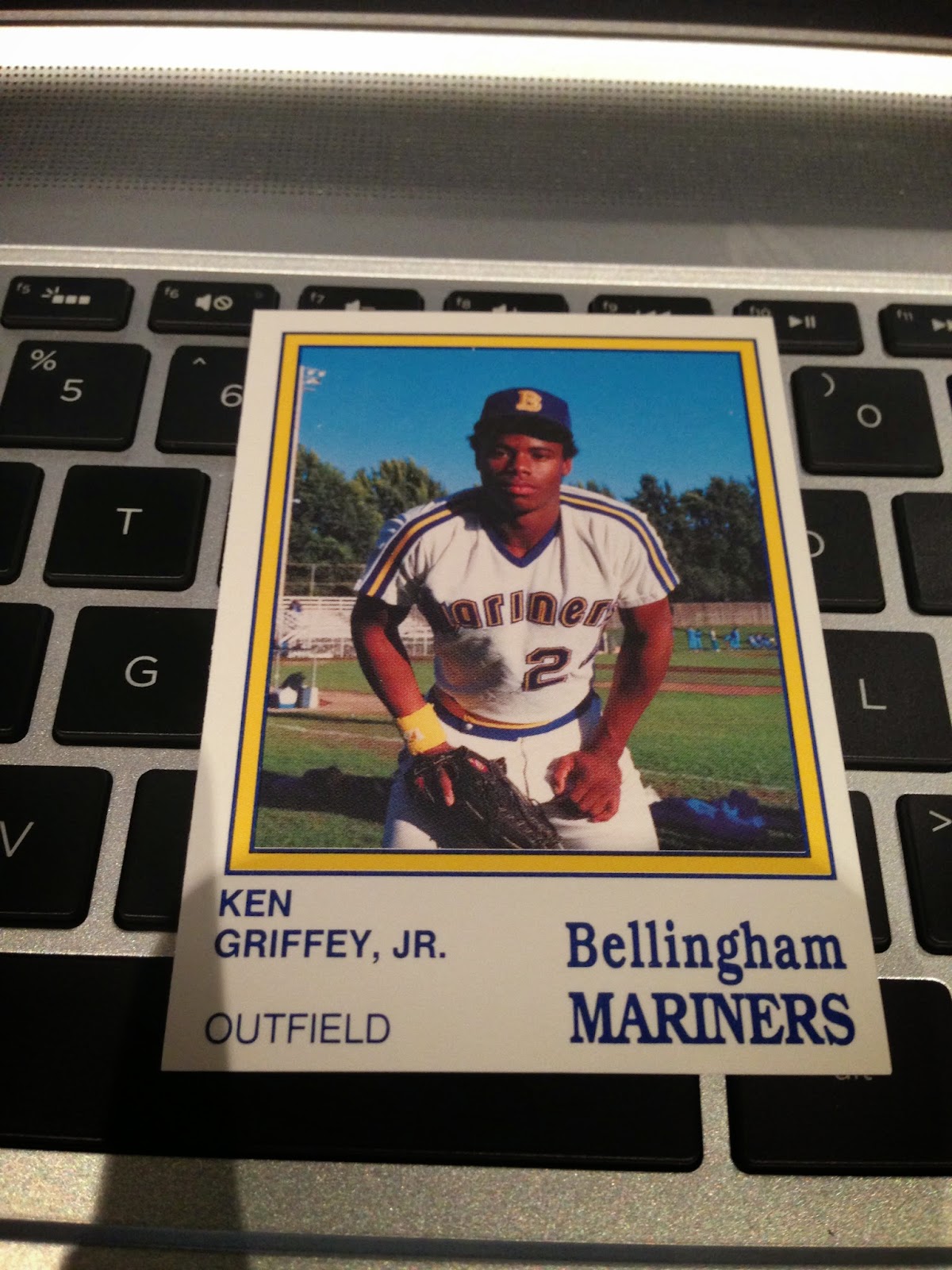 What an amazing card!  Is it wrong that this card will no longer be sentenced to an eternity facing the back of card #14 Wade Taylor?  No!  This belongs scanned and on the Internet for all to enjoy, then secured in a nice, clean screw case where its edges may remain ever sharp.  It's real nice, too.  A little off-center, but otherwise perfect. 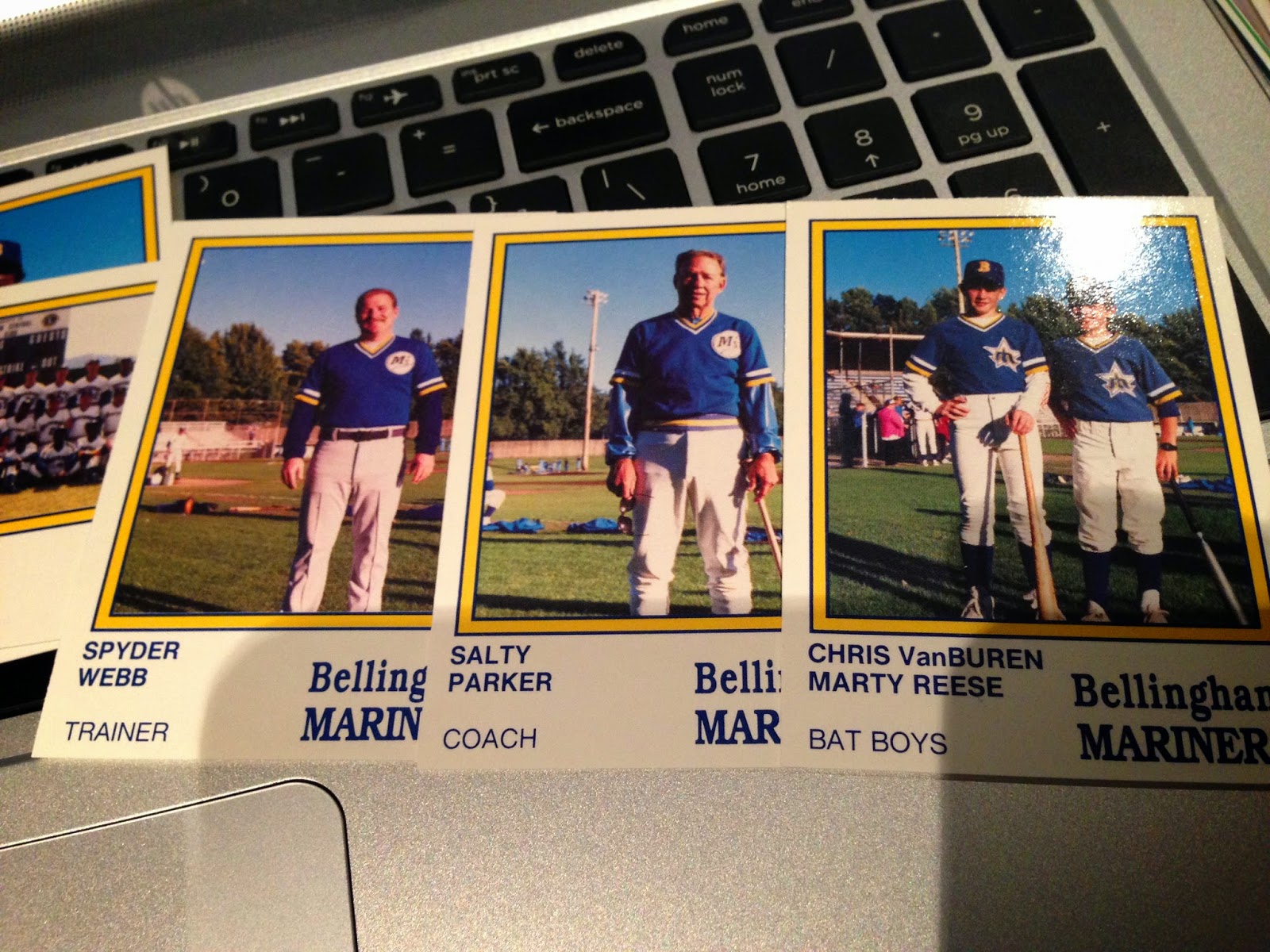 There were also a handful of other fun cards I wasn't aware of when I bought the team set, a pair of funny names and two little kids of whom I'm not totally jealous.  I'm not.

I have a few other items I haven't broken the seal on, those being a 1993 Stadium Club Master Photo jumbo set (the Griffey is stuck between two other cards),  a bunch of small sets with Griffeys I already own loose, and a few Starting Lineup figures with cards in the blister packs.  I'll probably leave most of those intact for now; but if there's a card I need for the collection with a layer of thin plastic between it and me, I'm not above breaking said plastic.

Actually, those Starting Lineup figures might not even last the day.
Posted by The Junior Junkie at 7:30 AM