A Box of 1996 Fleer Metal Universe 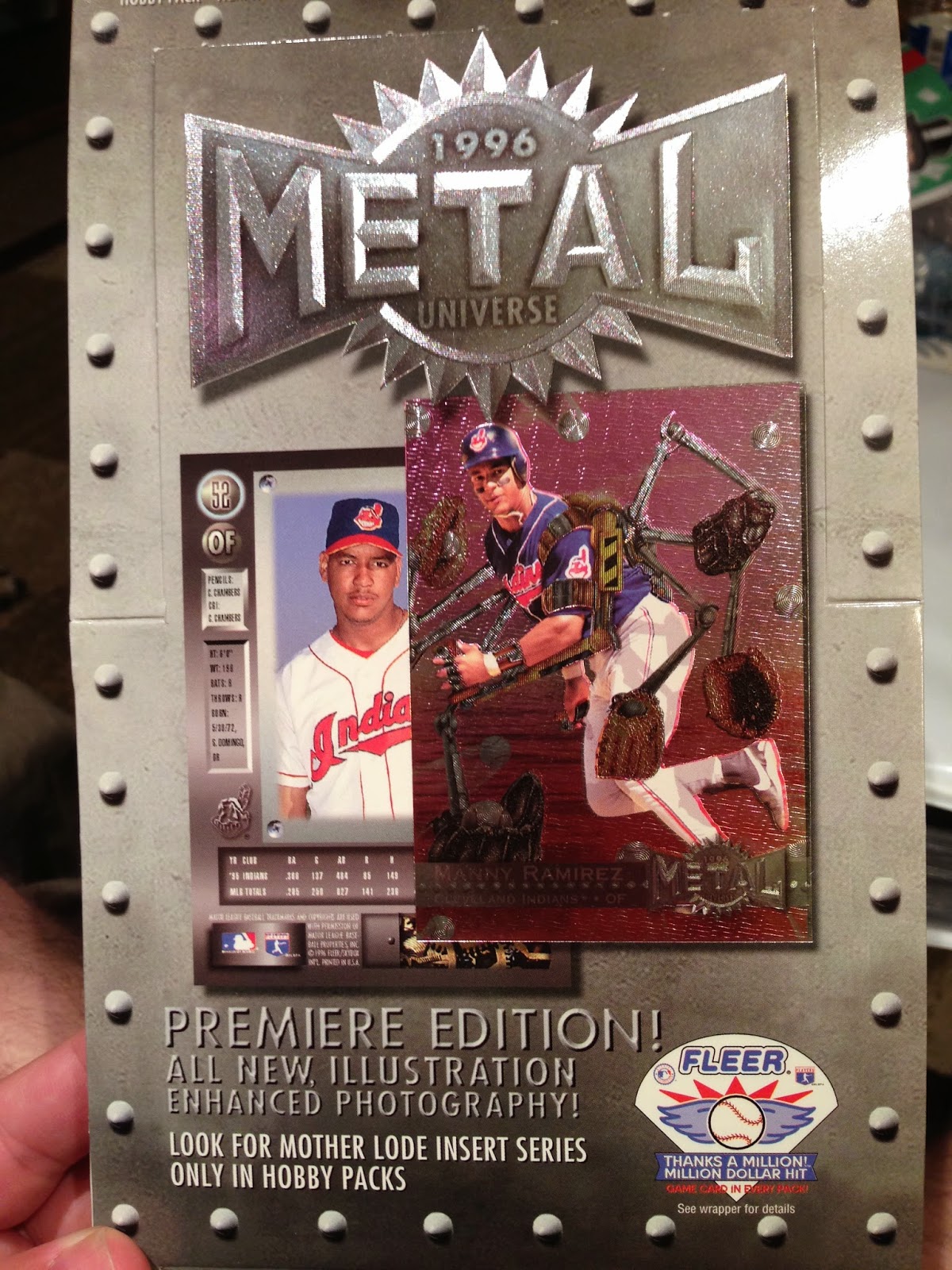 I have strange taste in cardboard.

Since I started collecting again I’ve been setting aside every ’96 and ’97 Metal Universe card I come across in a separate mini-box I labeled “Metal.” I could never put my finger on exactly why I was doing this until recently when it dawned on me that I could – nay, must – take a shot at building the set. It’s just so creative and cartoony and fun. There’s never been another brand like it.

Now, I’ve already written a post about these, so this post is more about the box break as opposed to the set as a whole.

Without further ado, let’s look at some sweet, sweet box booty from 1996! 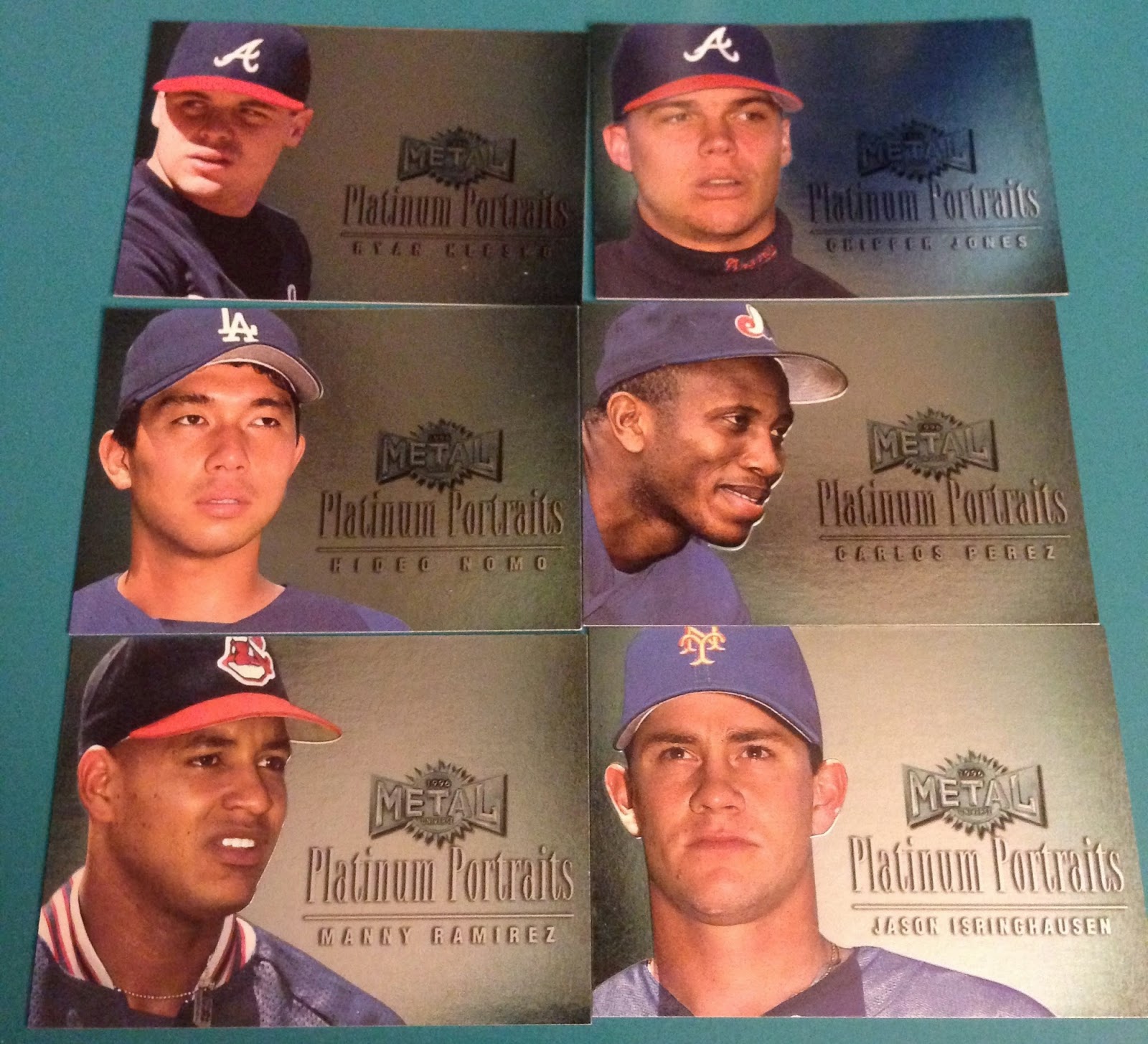 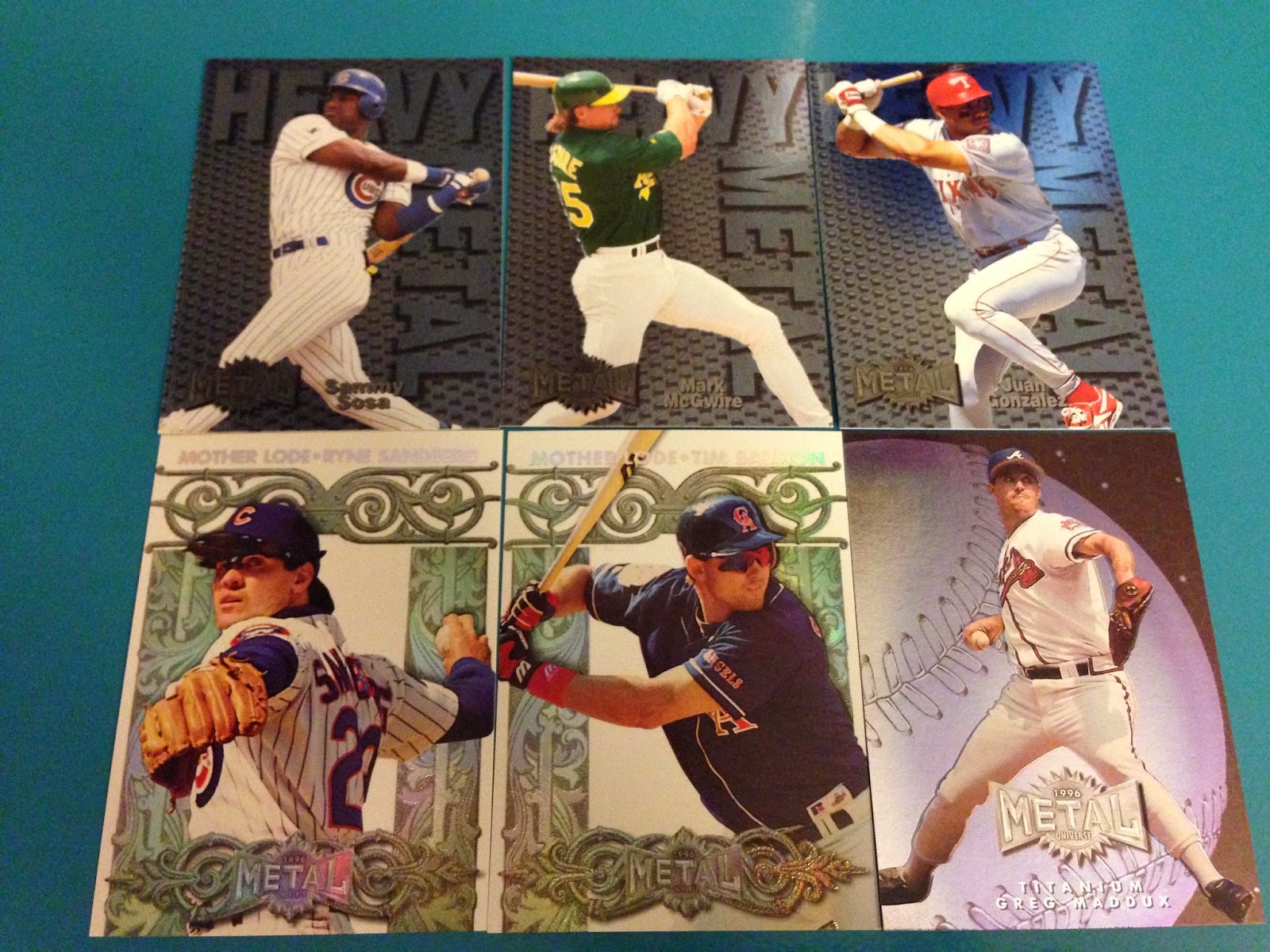 A nice cross-section of inserts here, including the coolest of them all, the hobby-only Mother Lode insert. It looks nothing like the rest which are essentially just flat, metallic cards that are kind of dull by any standards. Mother Lode has cool designs in holofoil that are striking against the stark white.

The Platinum parallel is kind of dull, too. I get what they were going for in that it’s all about the texturing of the foil here, and in the absence of coloration you can really make out all the etched detail; but overall it’s still kinda boring. I’d have preferred another regular base card in each pack instead of these. 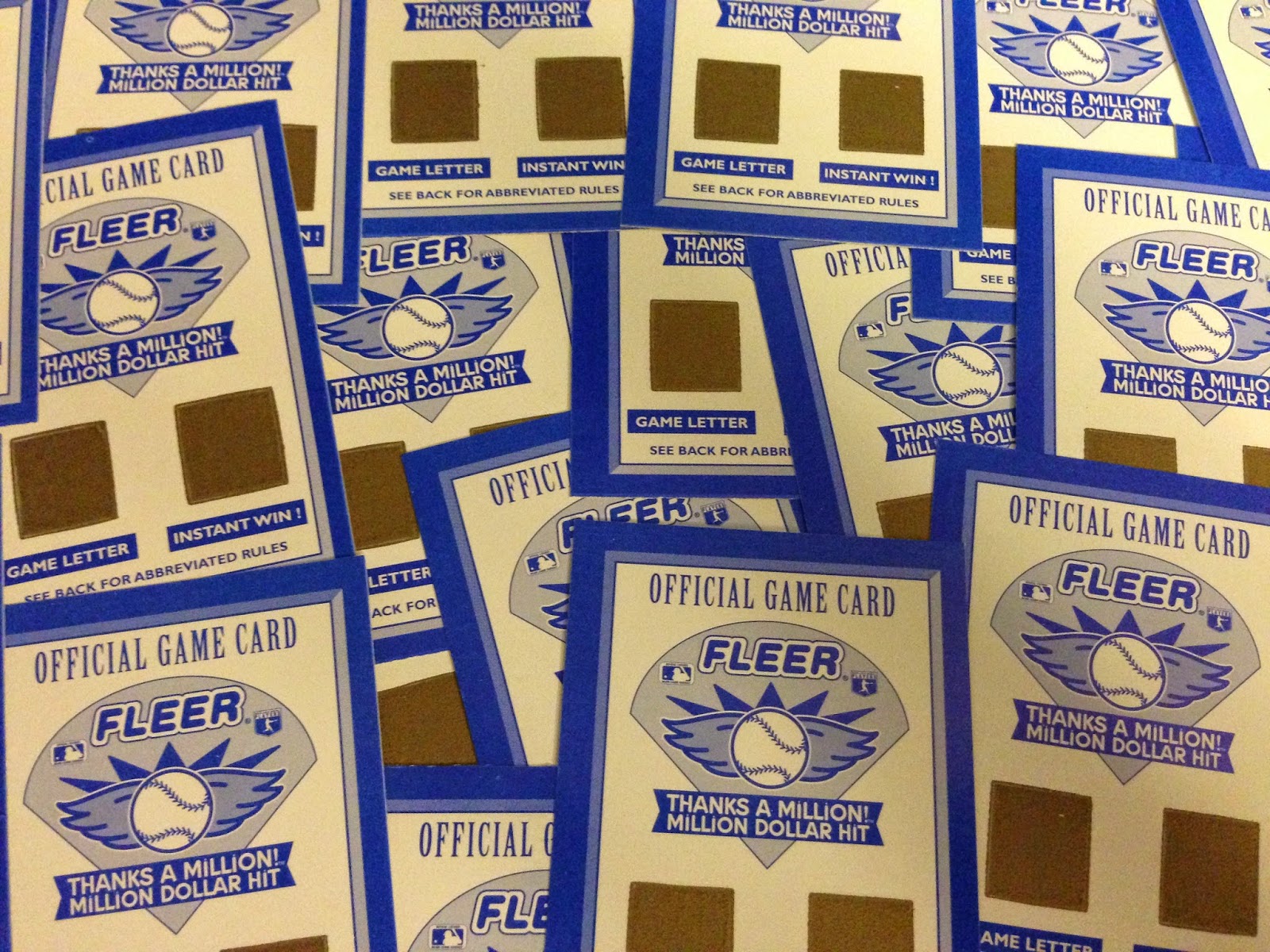 And, of course, there were a bunch of these...things.

Let’s get to the heart of this set’s appeal: the super kick-ass base cards. 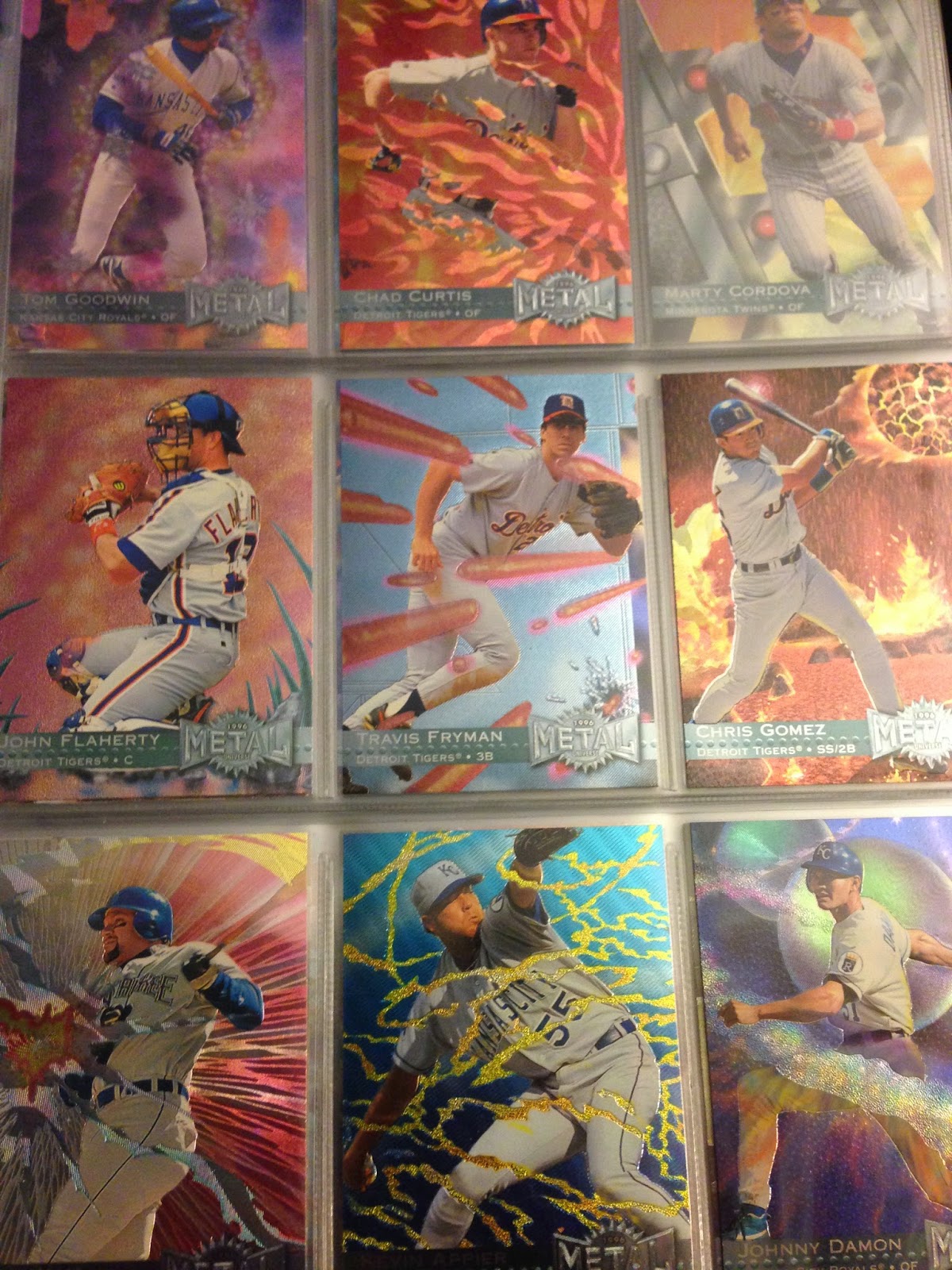 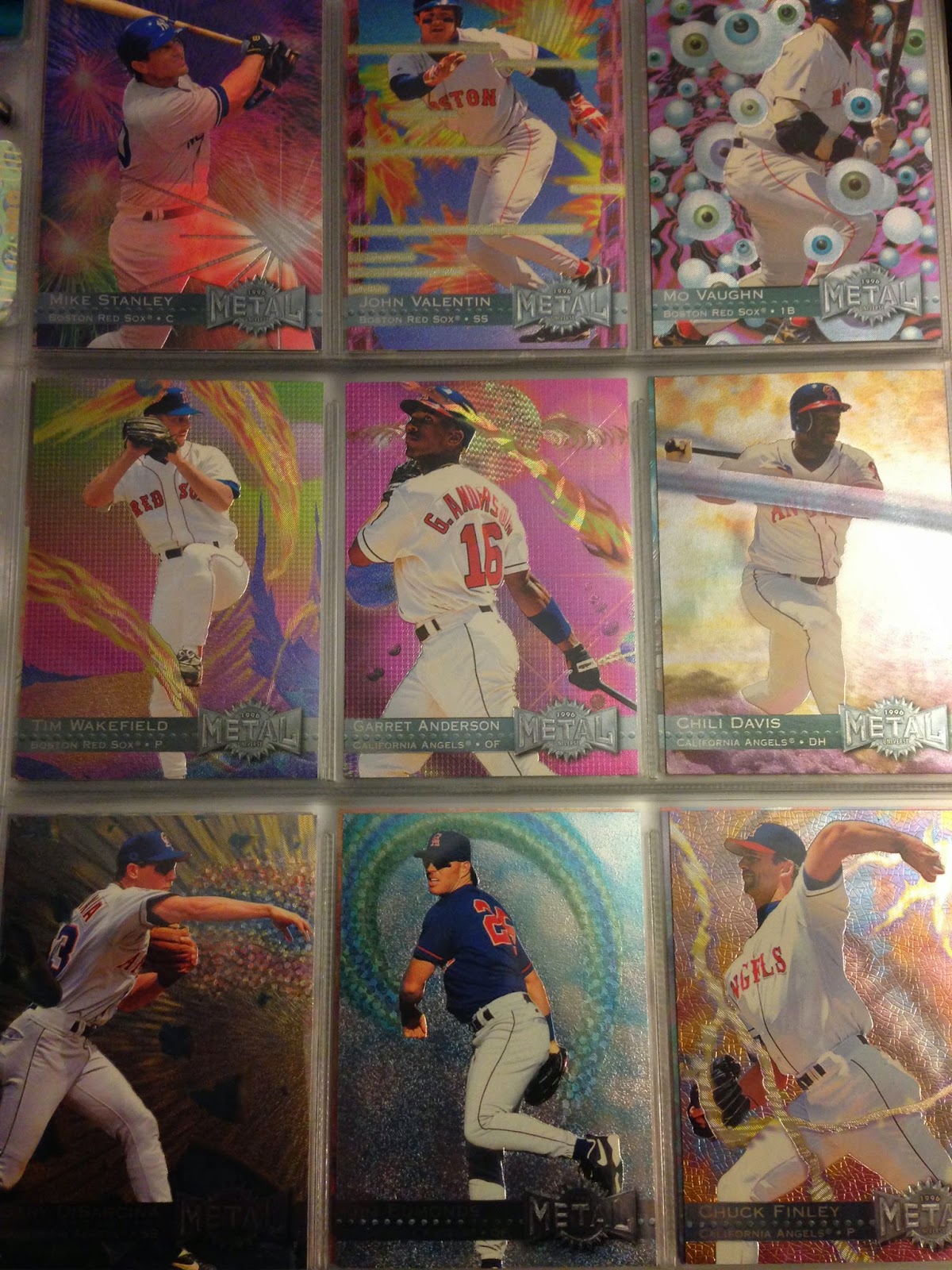 These are just a few pages from the shiny new set binder.  This set does not scan well.  For a better look at some great Metal Universe base cards, see my original post.

I got 154 base cards from this box. Of those, zero were duplicates. Zero! Thank goodness for that, too, because that’s a small portion of the base set for a box that has so few cards in it.

The base set consists of 250 total cards, so the box put me at just over 61% completion. I still need a bunch of them, though. I already landed a handful on Just Commons. If anyone out there has any of my needs I’d repay them handsomely.

I’m also making a standing offer here and now: anyone out there who has the regular version of a base card I need, I will swap out my Platinum parallel version (assuming I have it) of the same card for nothing. Just send it via PWE, and I will do the same.

For the complete list of cards I need from 1996 Metal Universe and other sets, please see my Set-Building Needs. My list of Platinum parallel versions for trade for their common versions is also there. 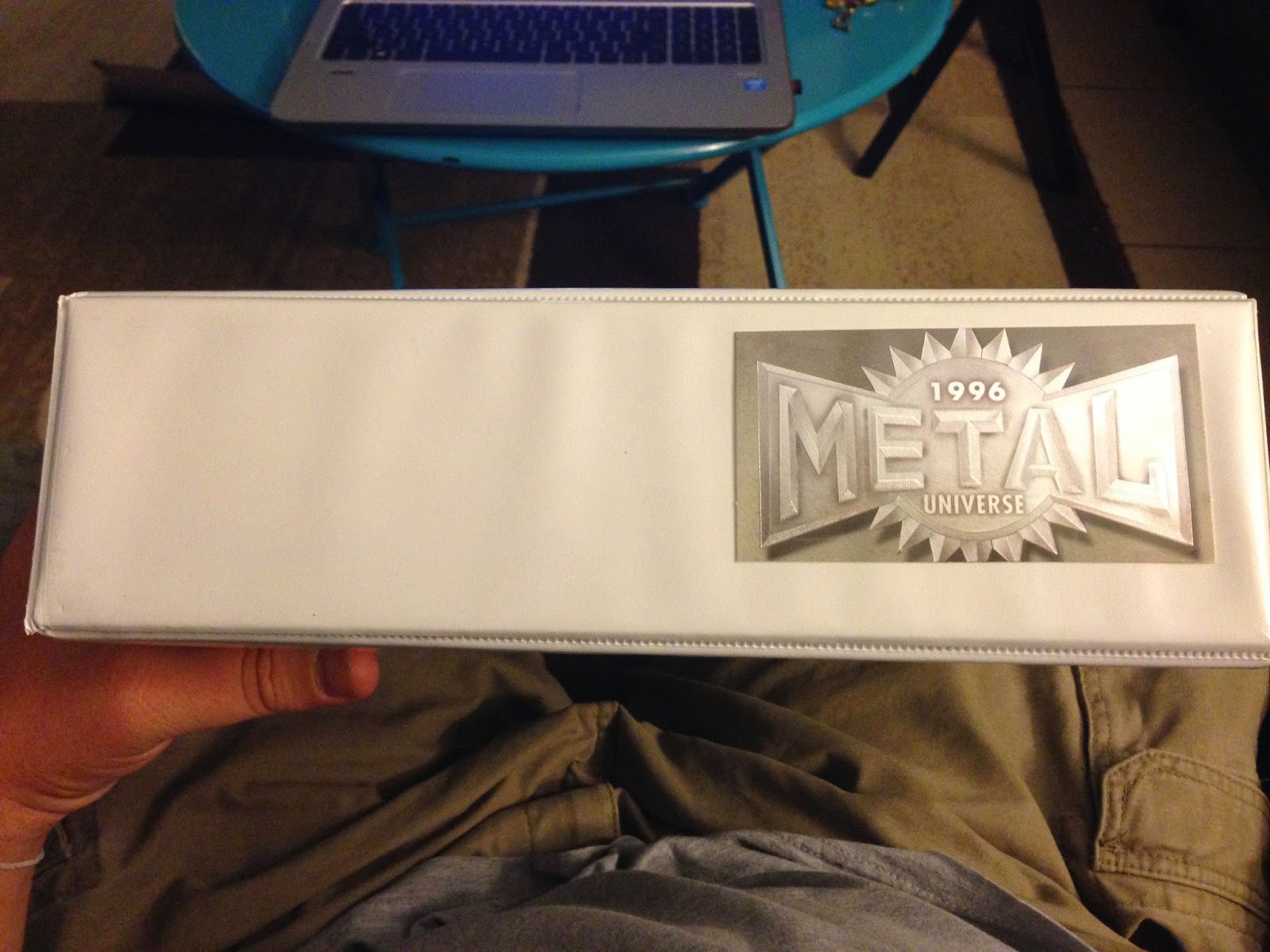 Then I cut out that cool Manny Ramirez card from the front of the box which is indistinguishable from the real base card apart from the blank back: 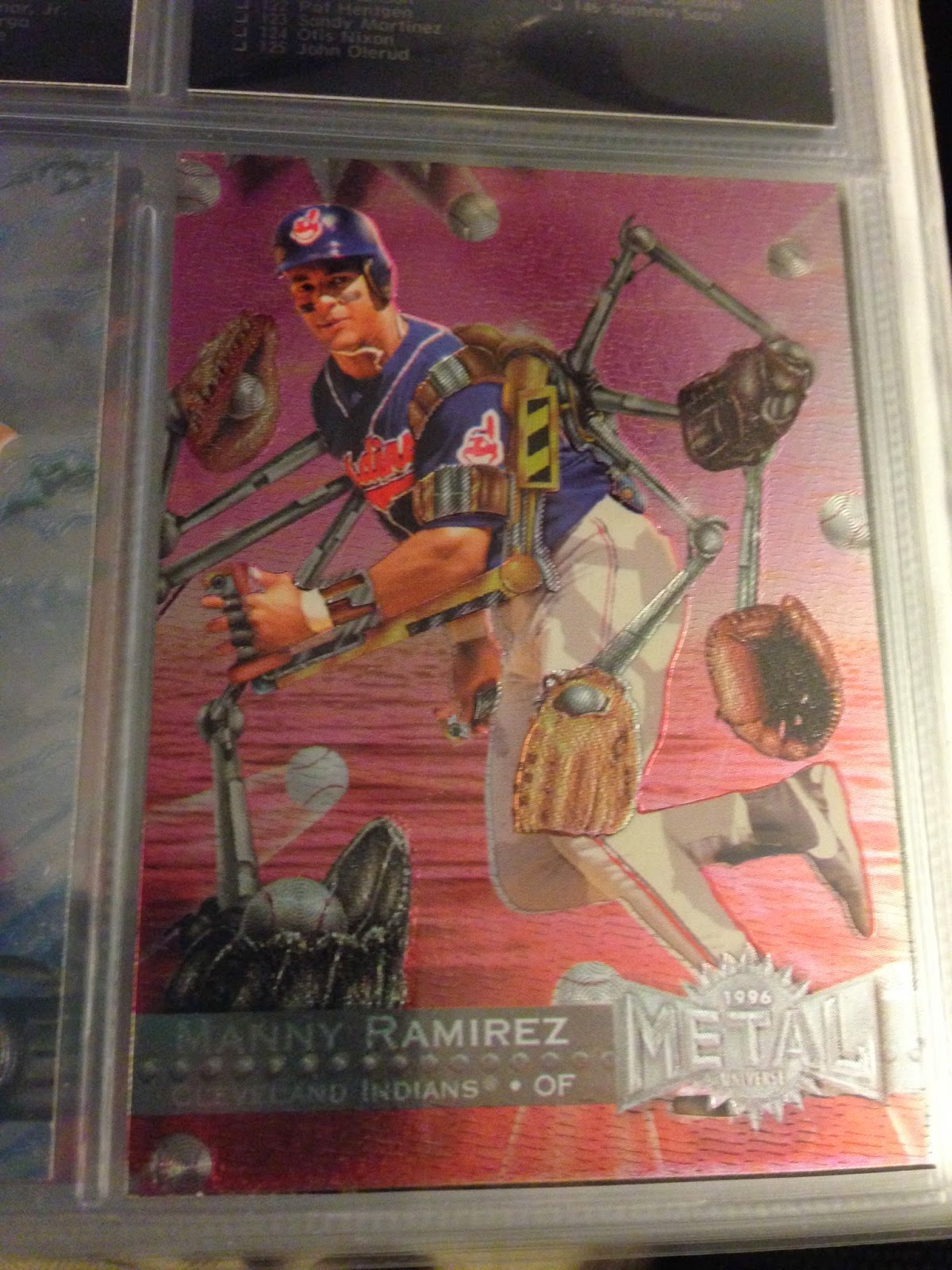 It belongs in the binder, and I can cut cards out like an adult now.

Coming soon: a Box of 1997 Fleer Metal Universe.  Thanks for reading!
Posted by The Junior Junkie at 9:10 PM