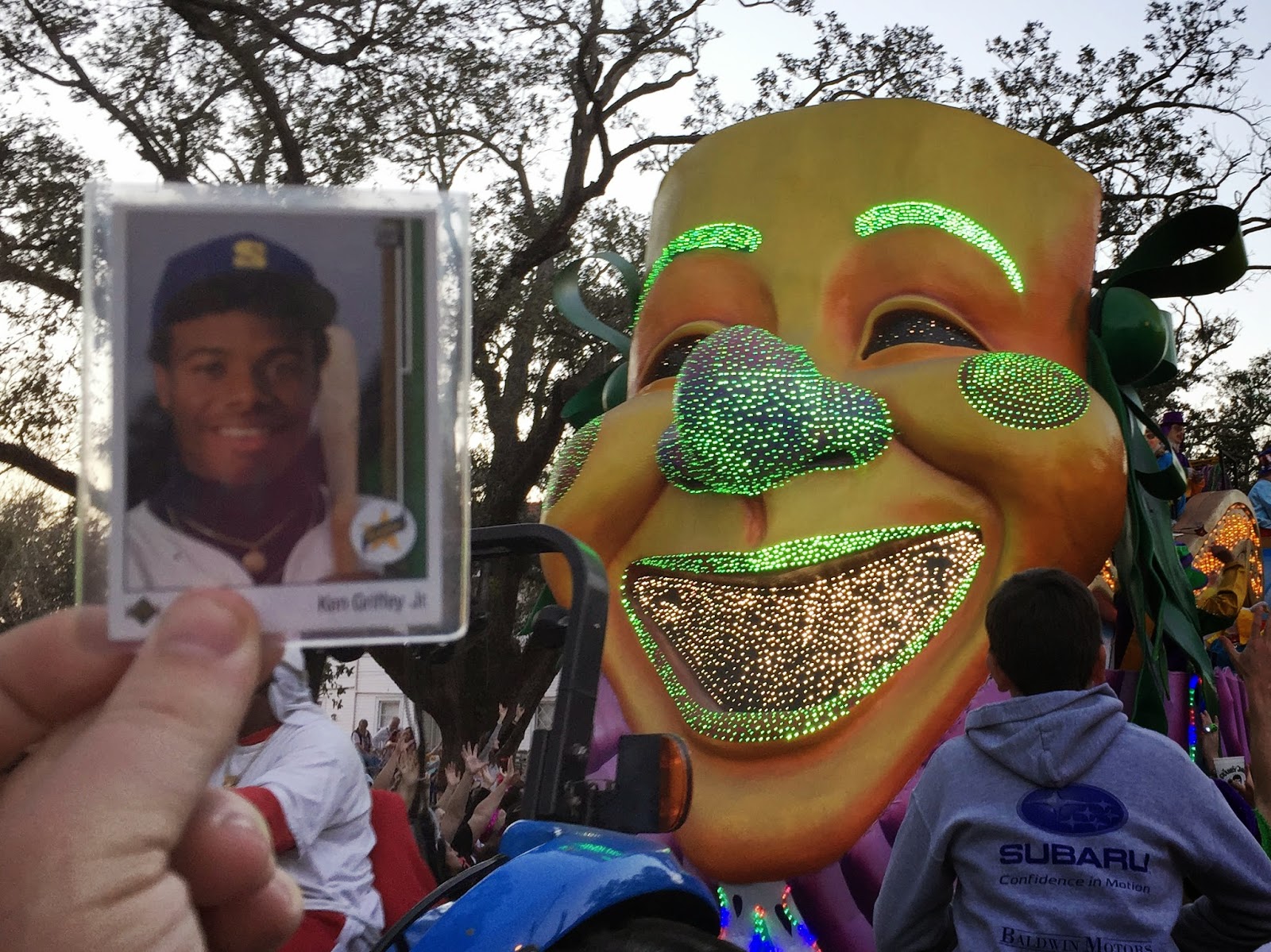 Welcome to Day 5! Today we see pictures from Superkrewe Endymion which rolled on Valentine's Day, Saturday, February 14th. But first, here's a peek at a little-known Mardi Gras tradition: 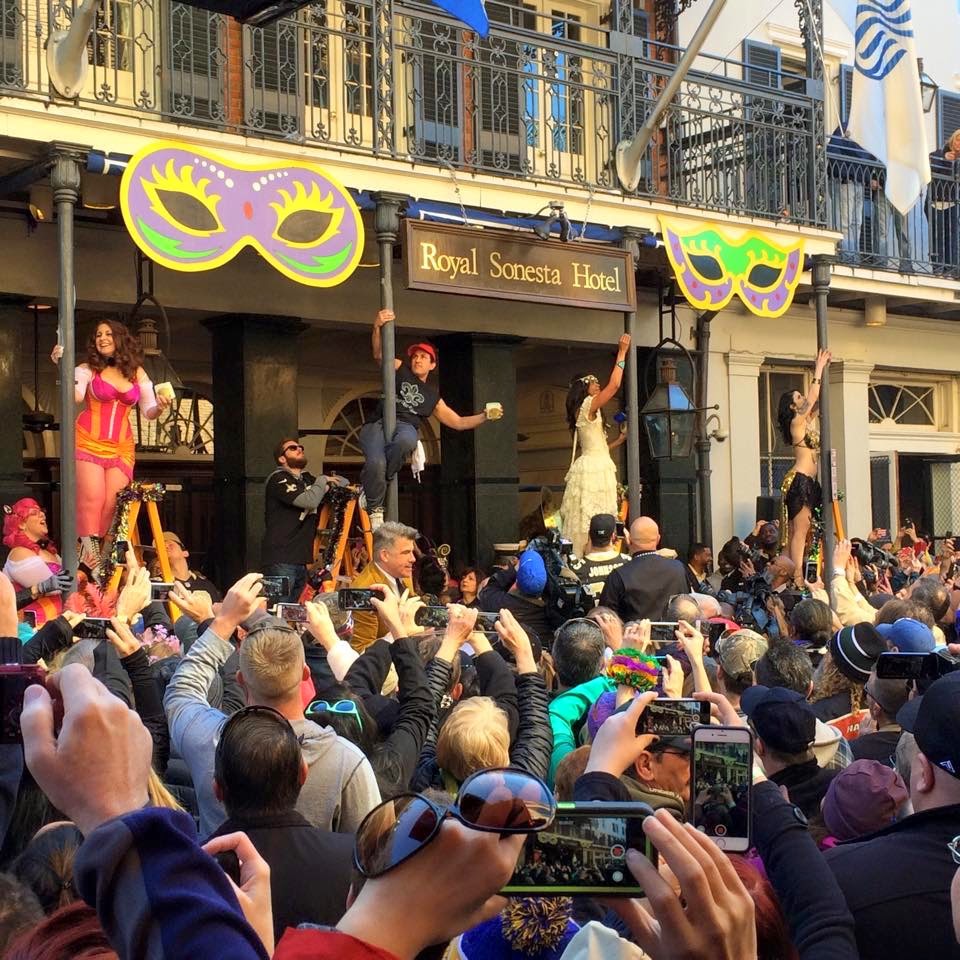 On Friday the 13th of February, the Royal Sonesta continued their 45-year tradition of the Greasing of the Poles. They give a big jar of petroleum jelly to four lucky people, and they do a countdown at the end of which they grease up the poles that hold up the hotel balconies. This keeps revelers from climbing up to the balcony which is very exclusive place during the Mardi Gras celebrations.

Fun fact: see the guy in the black hat and Saints jersey standing below the lady in white? That's Saints punter Thomas Morstead. He's the one responsible for the great second-half on-side kick that helped win the Superbowl. 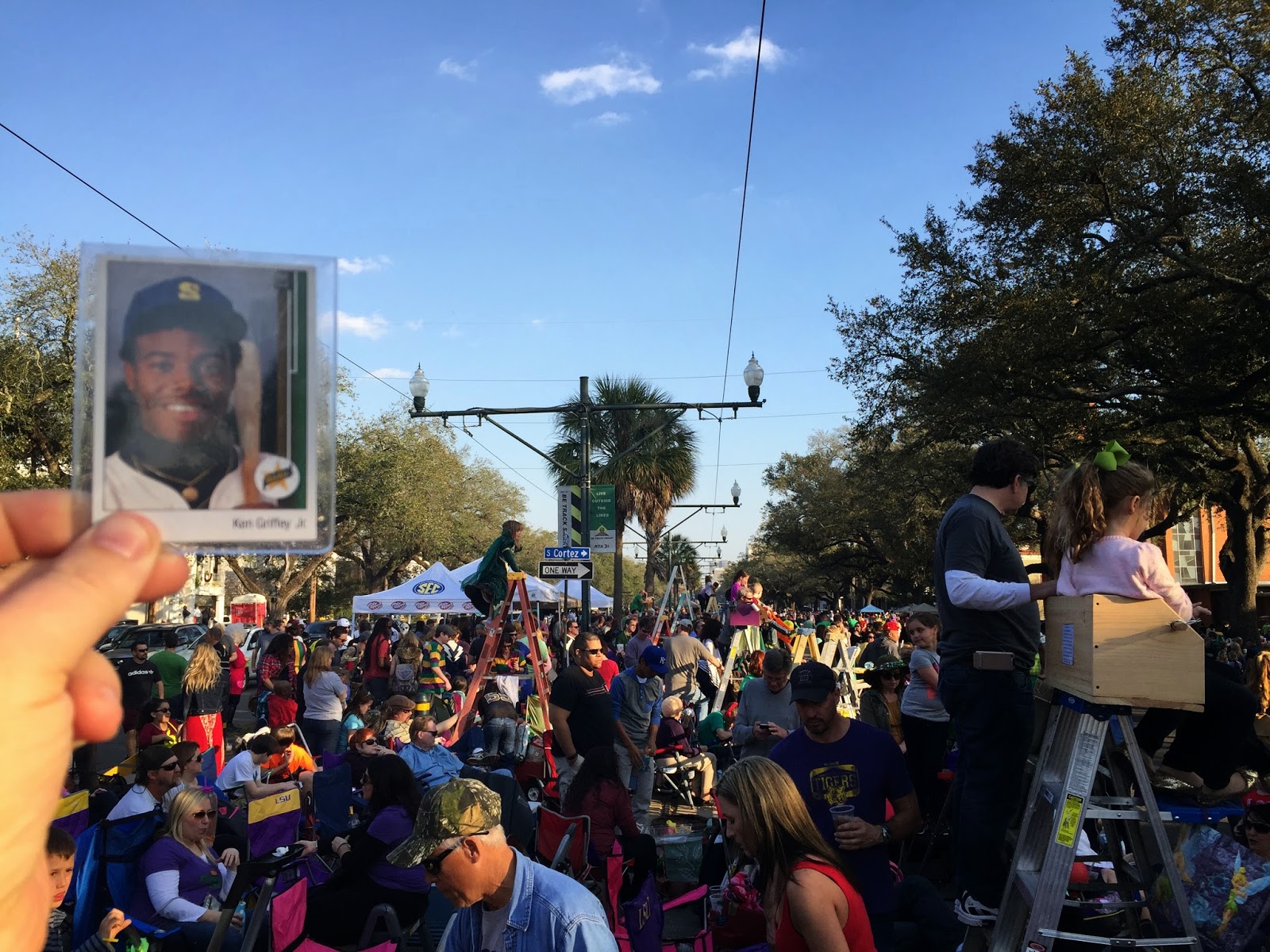 Just to show how many people come to this parade, this is a view from the middle of the Neutral Ground (which you might call the median). It is many, many people deep. People camp out the night before to save their spots. Lucky for us our friend Amy lives a block from the route on Canal St. We planted a car full of ice chests and chairs there the night before and caught a ride with friends.

Having a place to stay out on the route makes all the difference in the world. 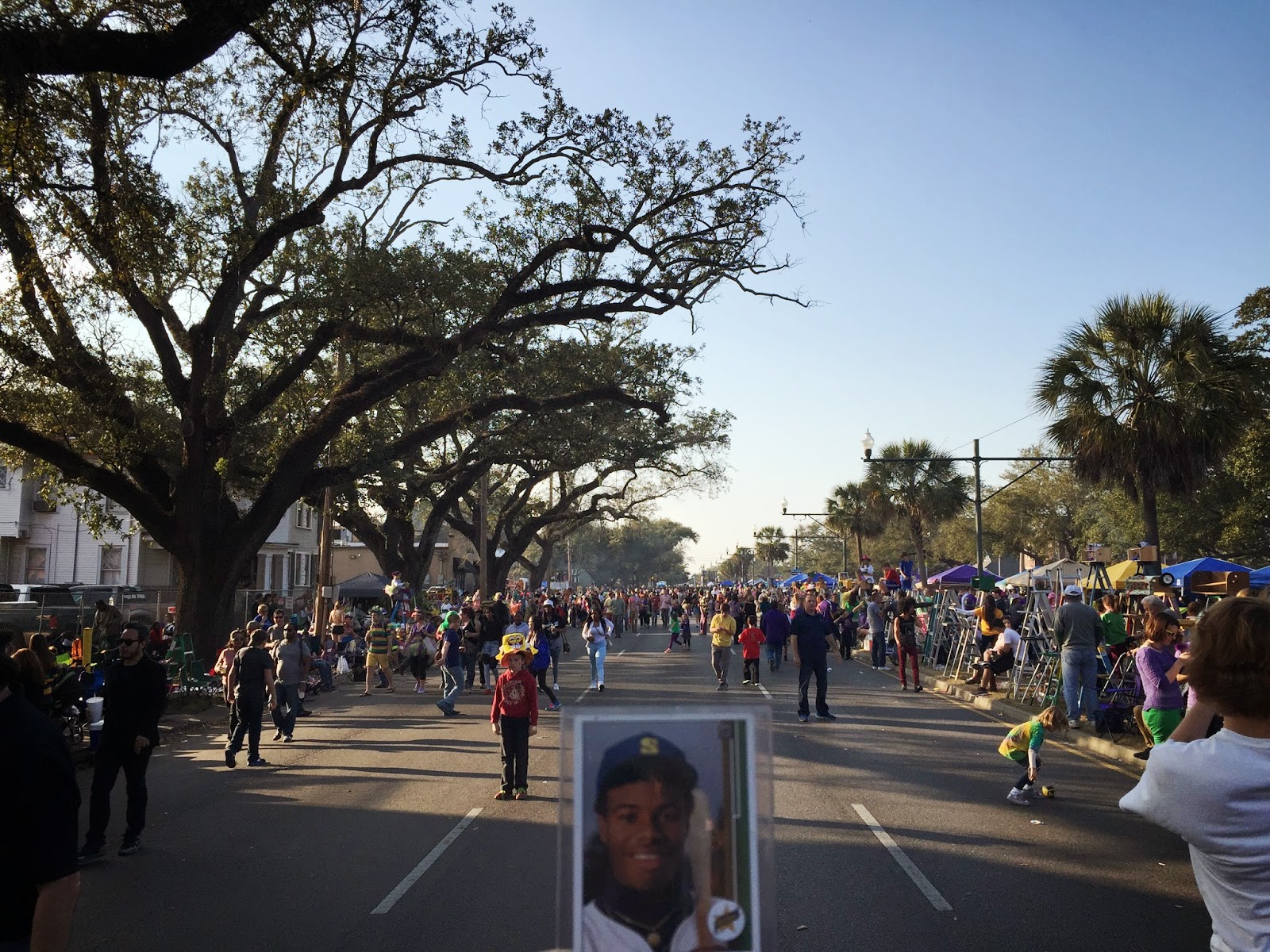 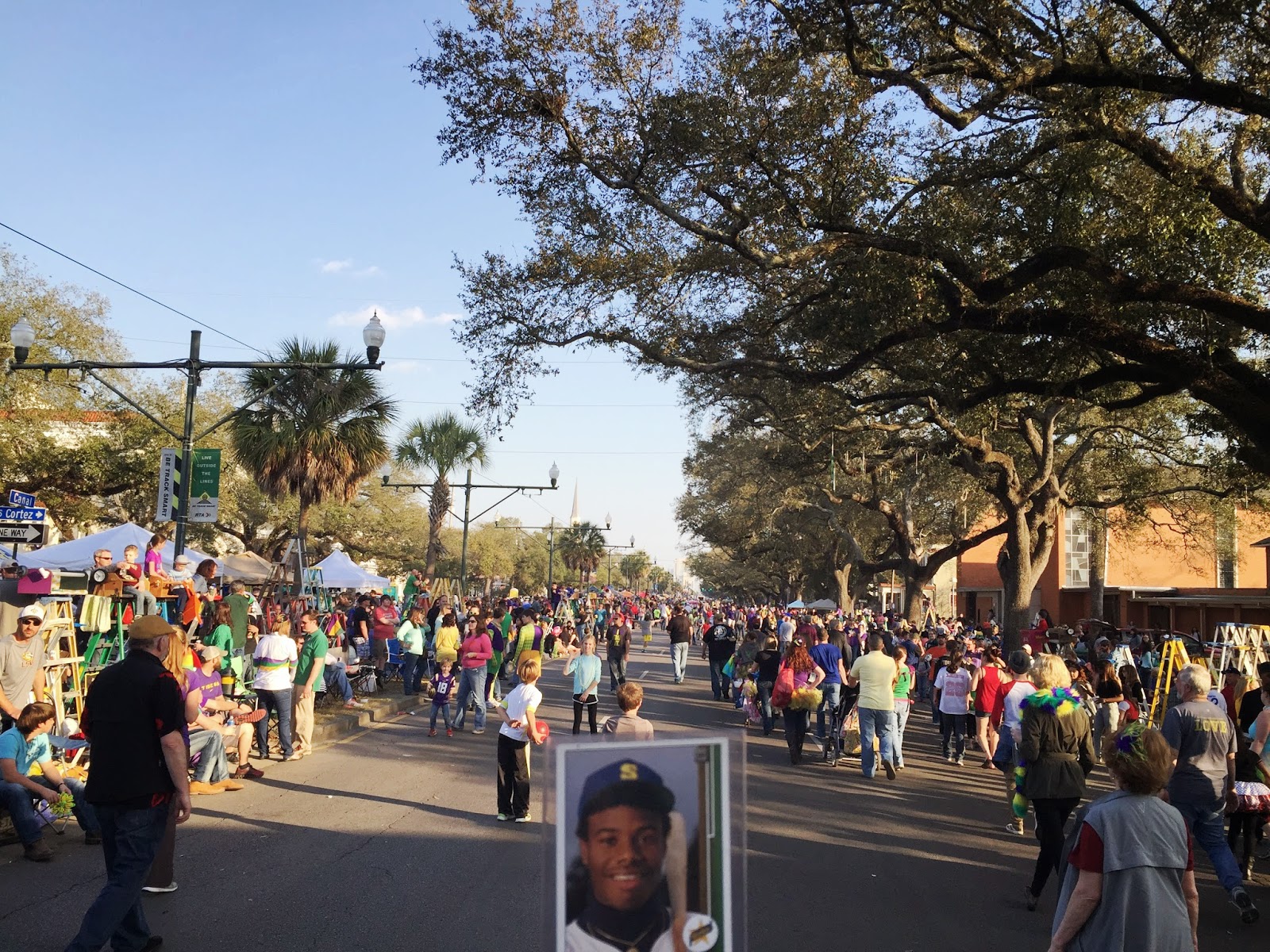 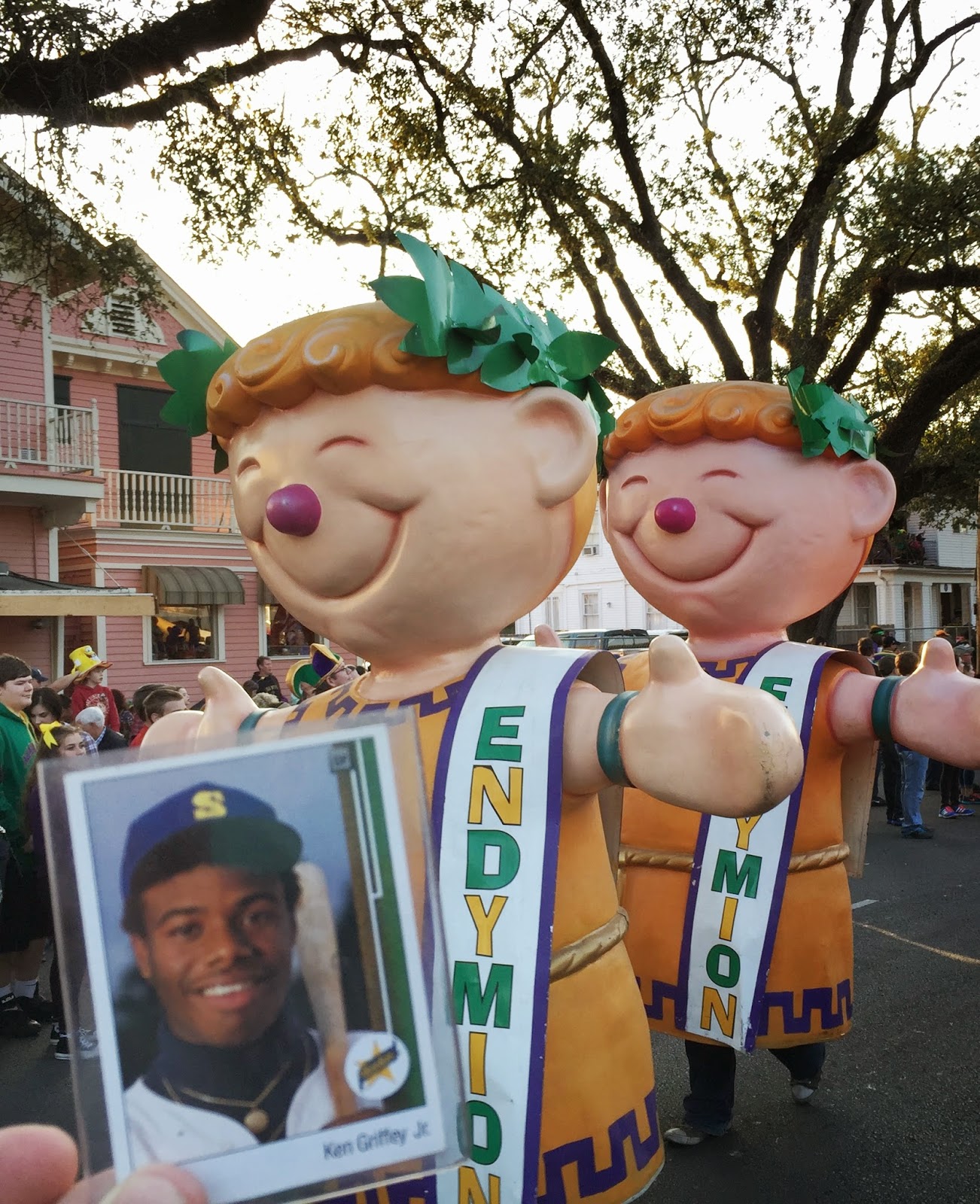 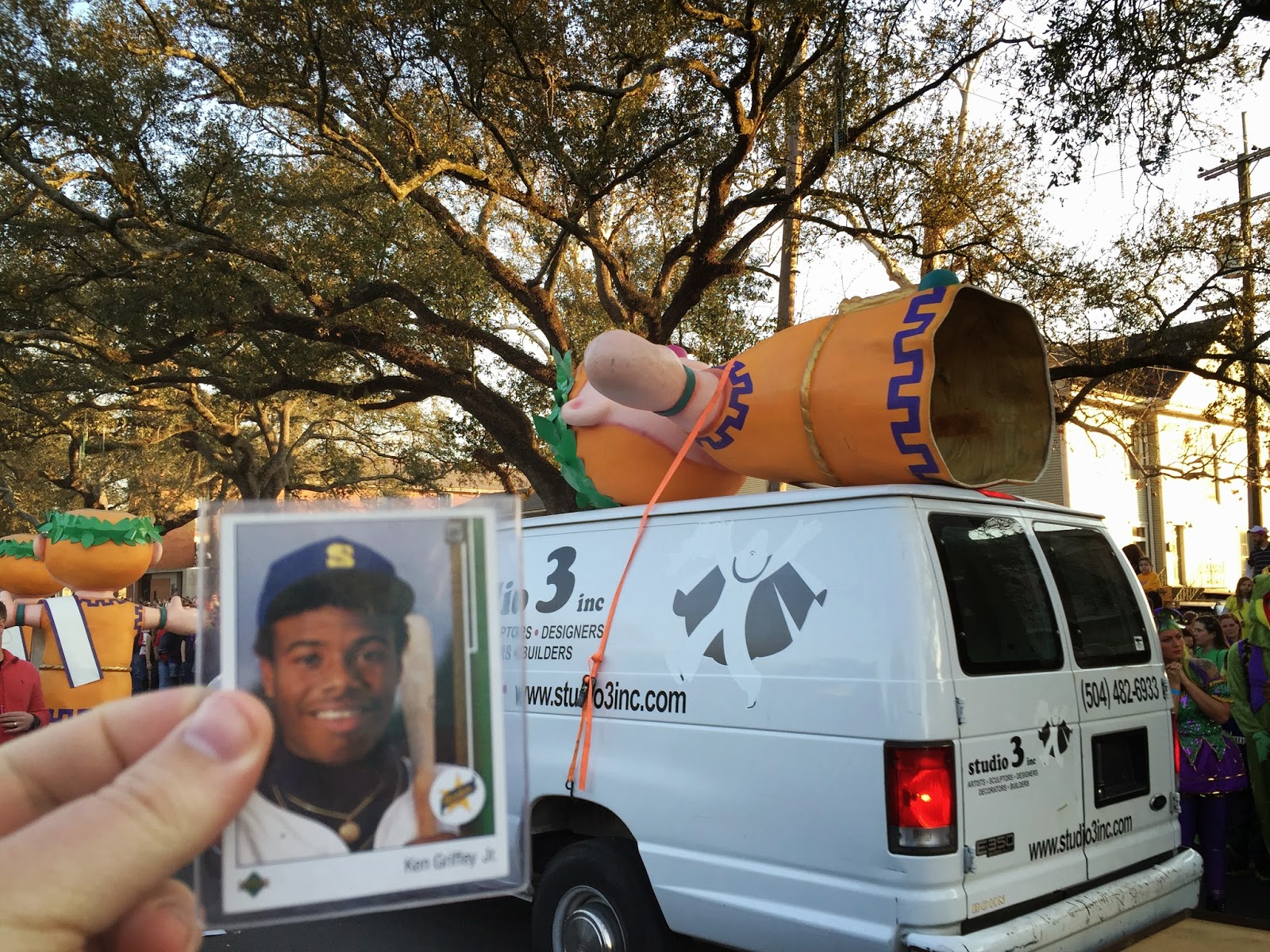 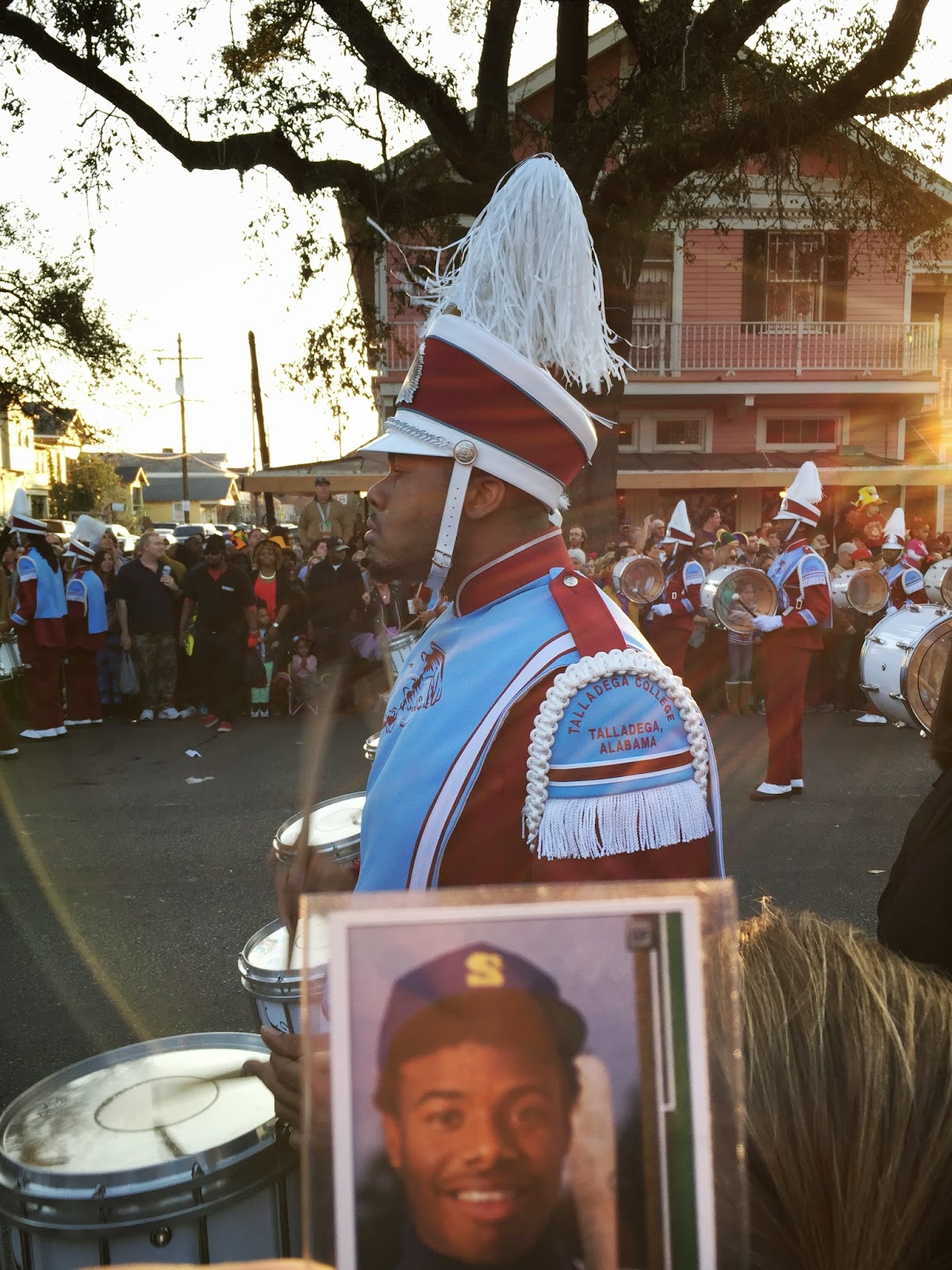 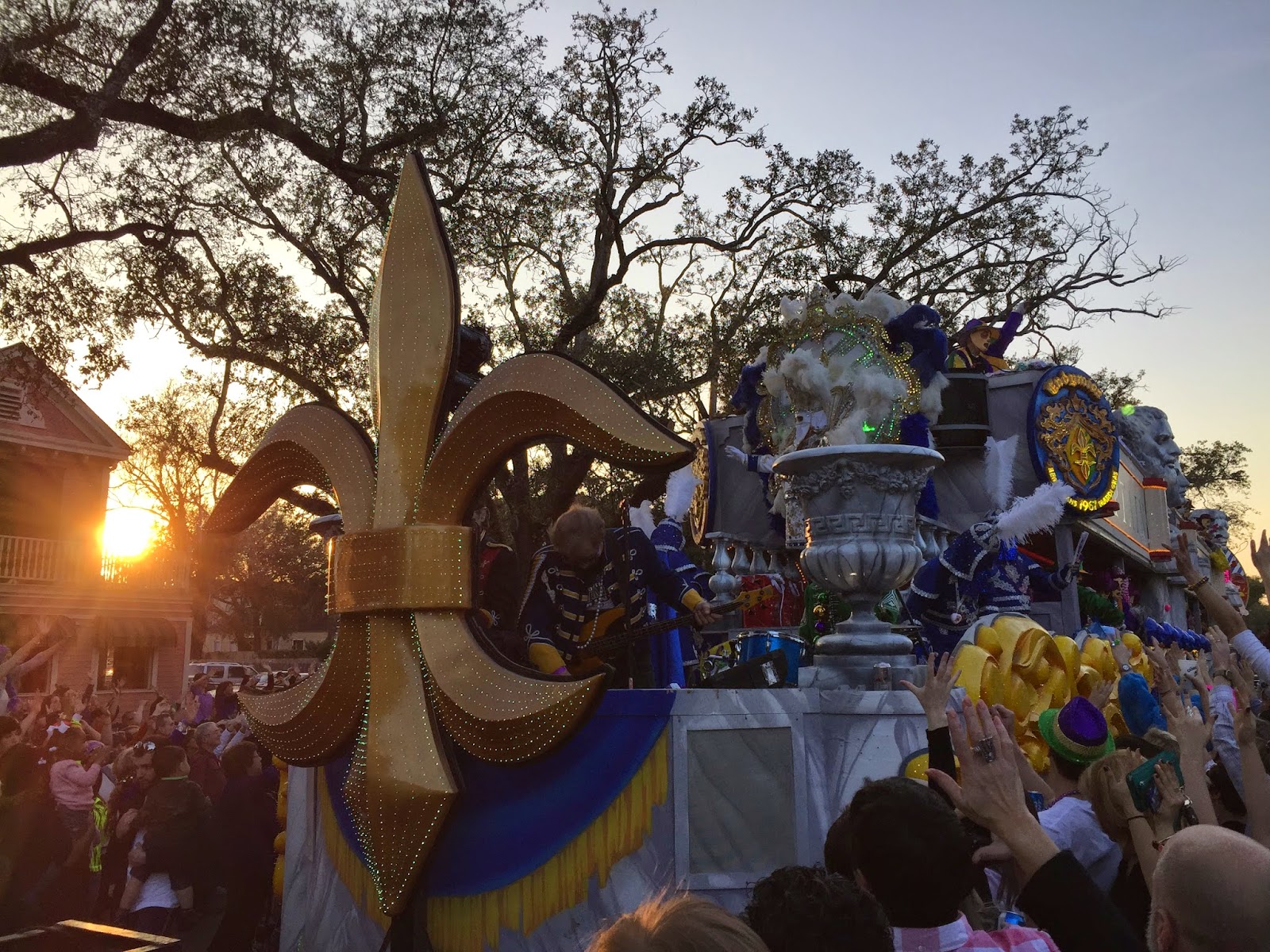 I forgot to put the Griffey in there. 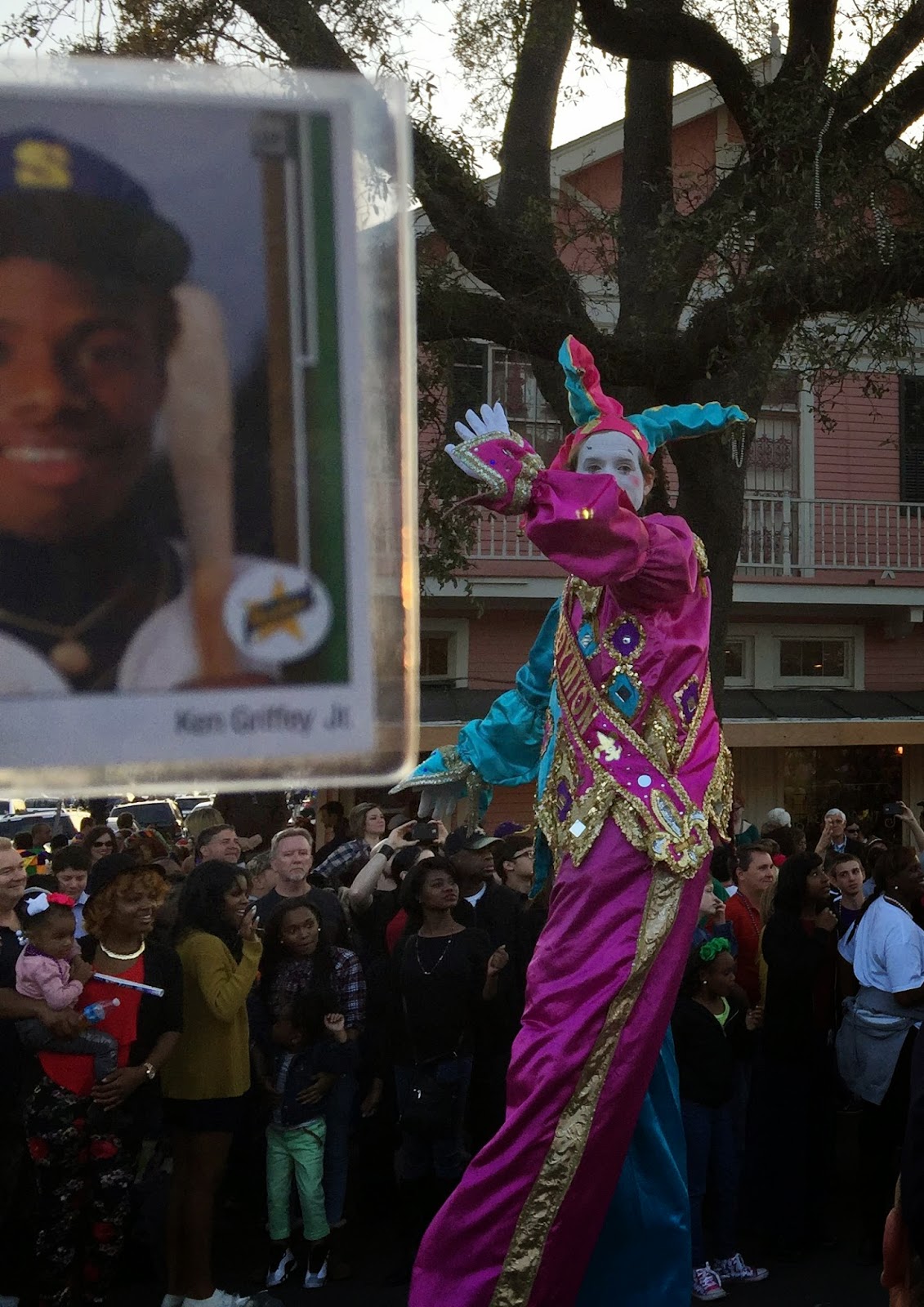 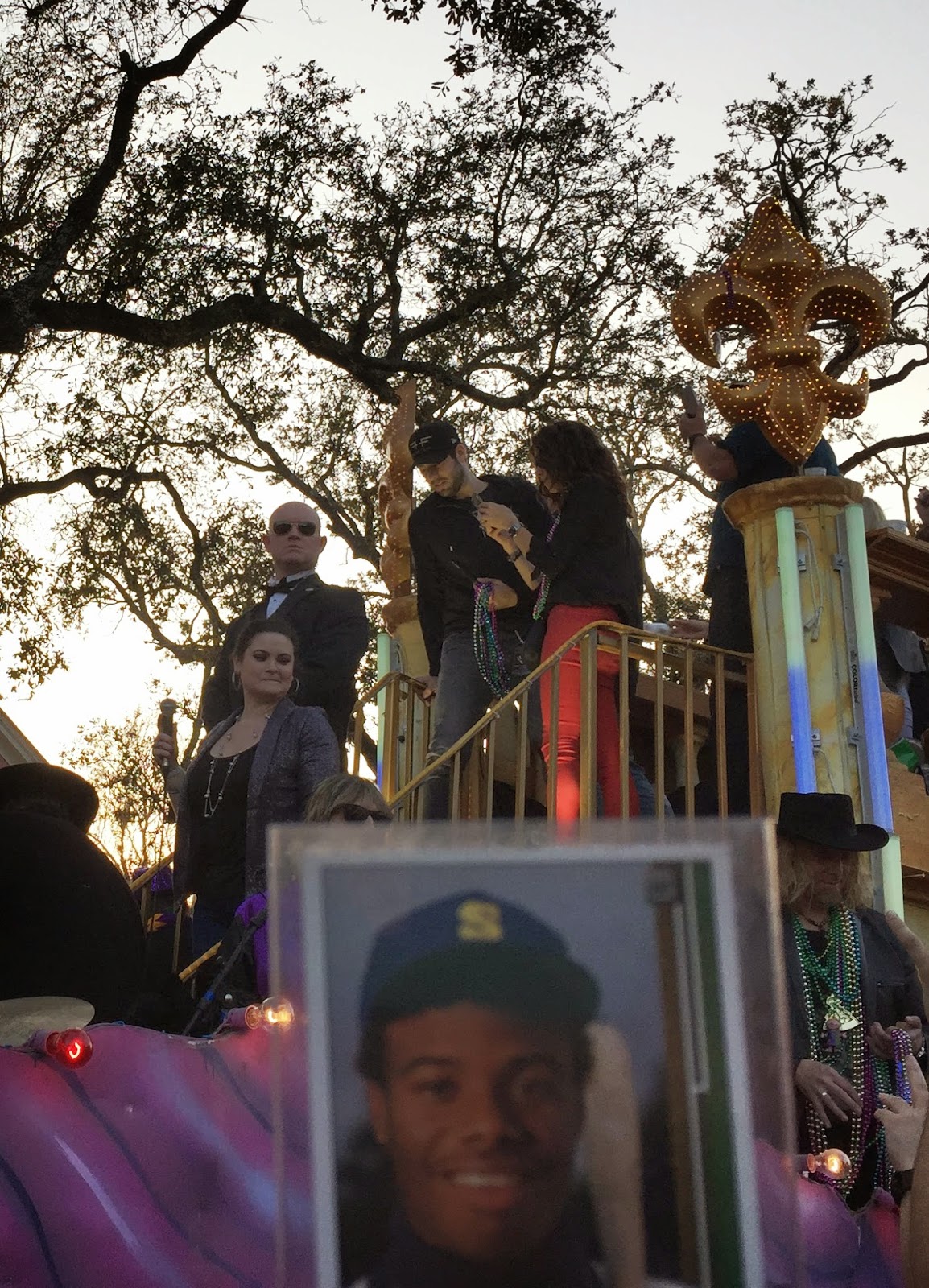 That is country star Luke Bryan, Grand Marshal of Endymion. I've never actually heard of him, but there he is. Check out the float security guy. He was all business. 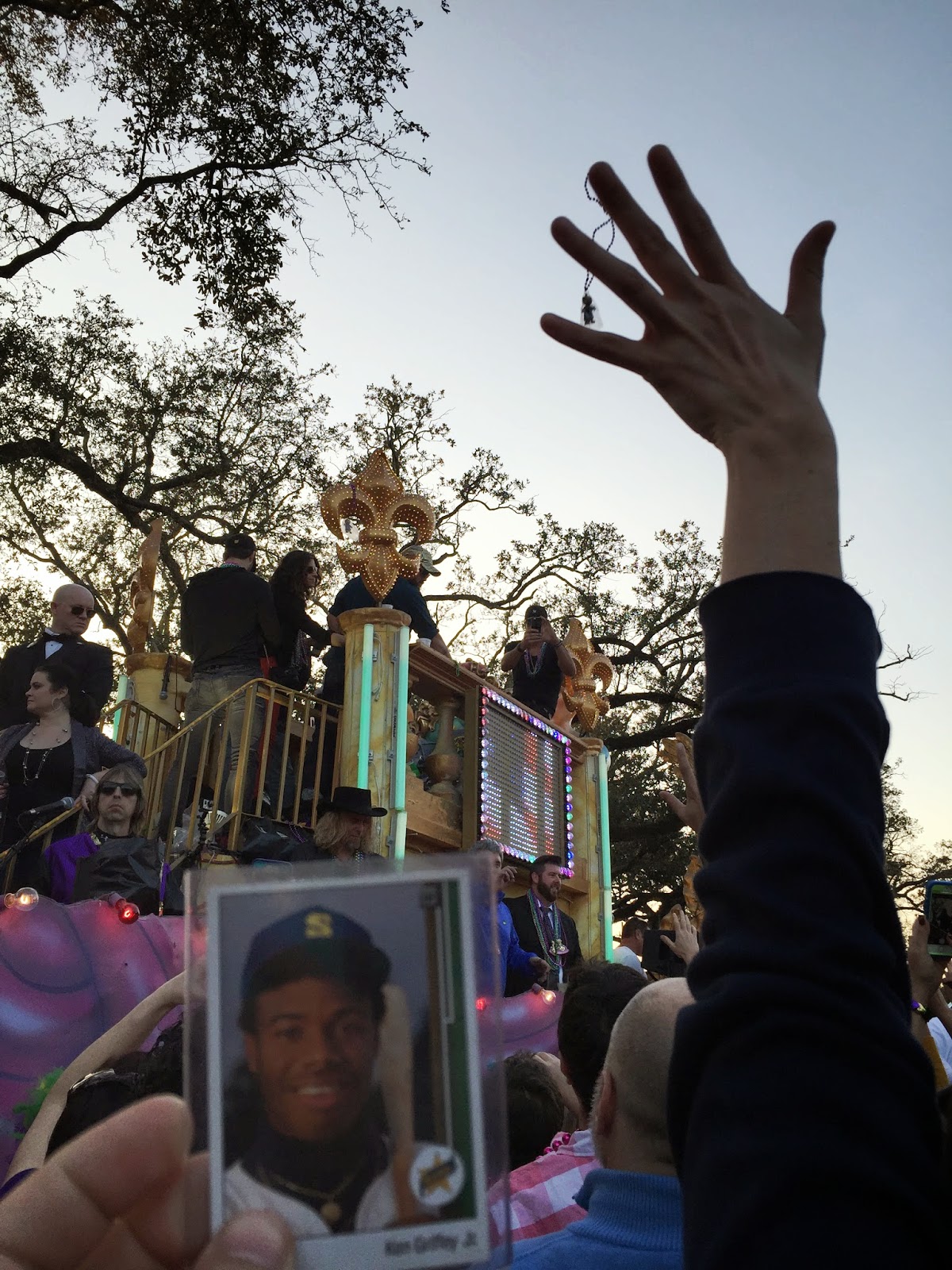 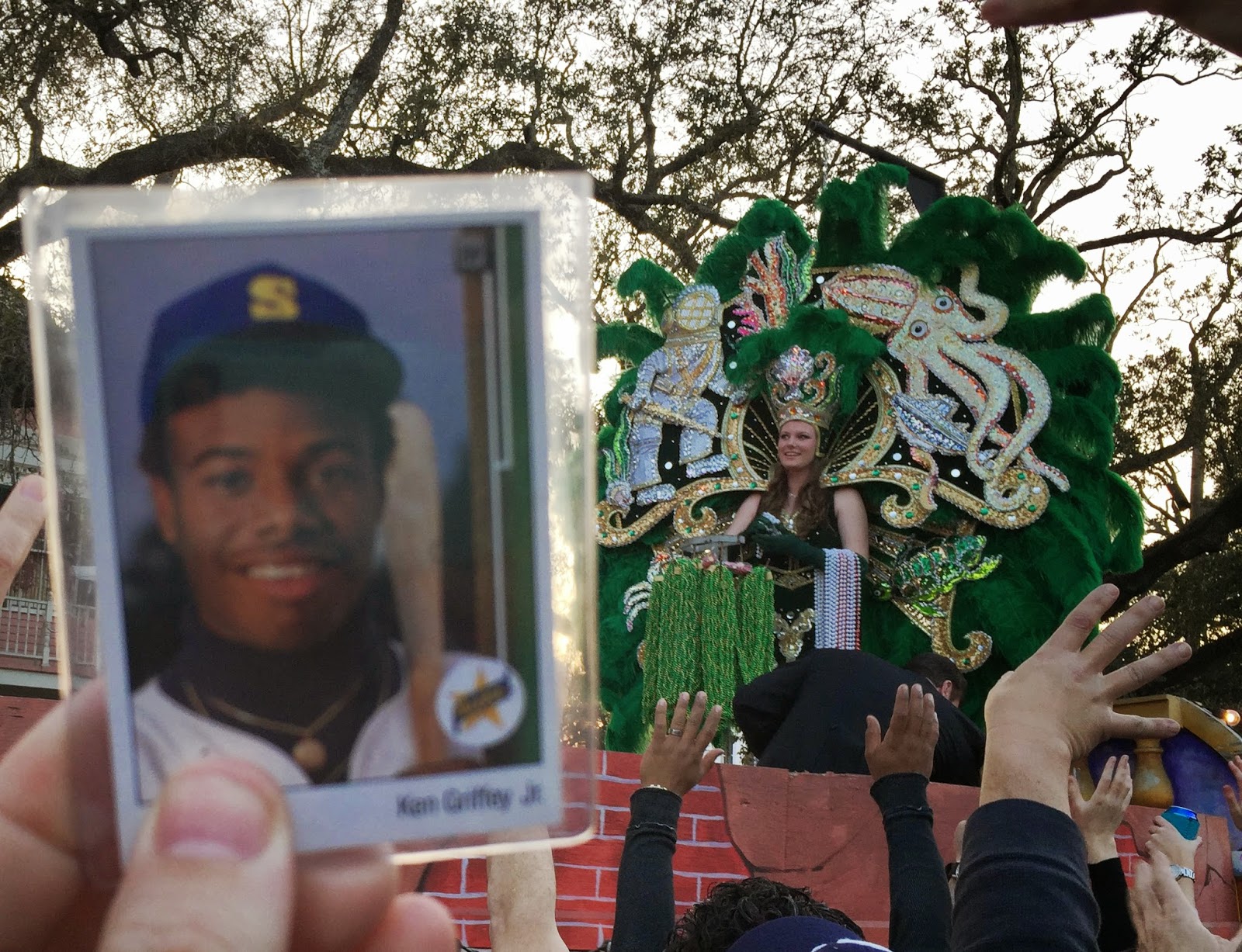 These dresses are held up by a support bracket in the back which you can kind of see here. 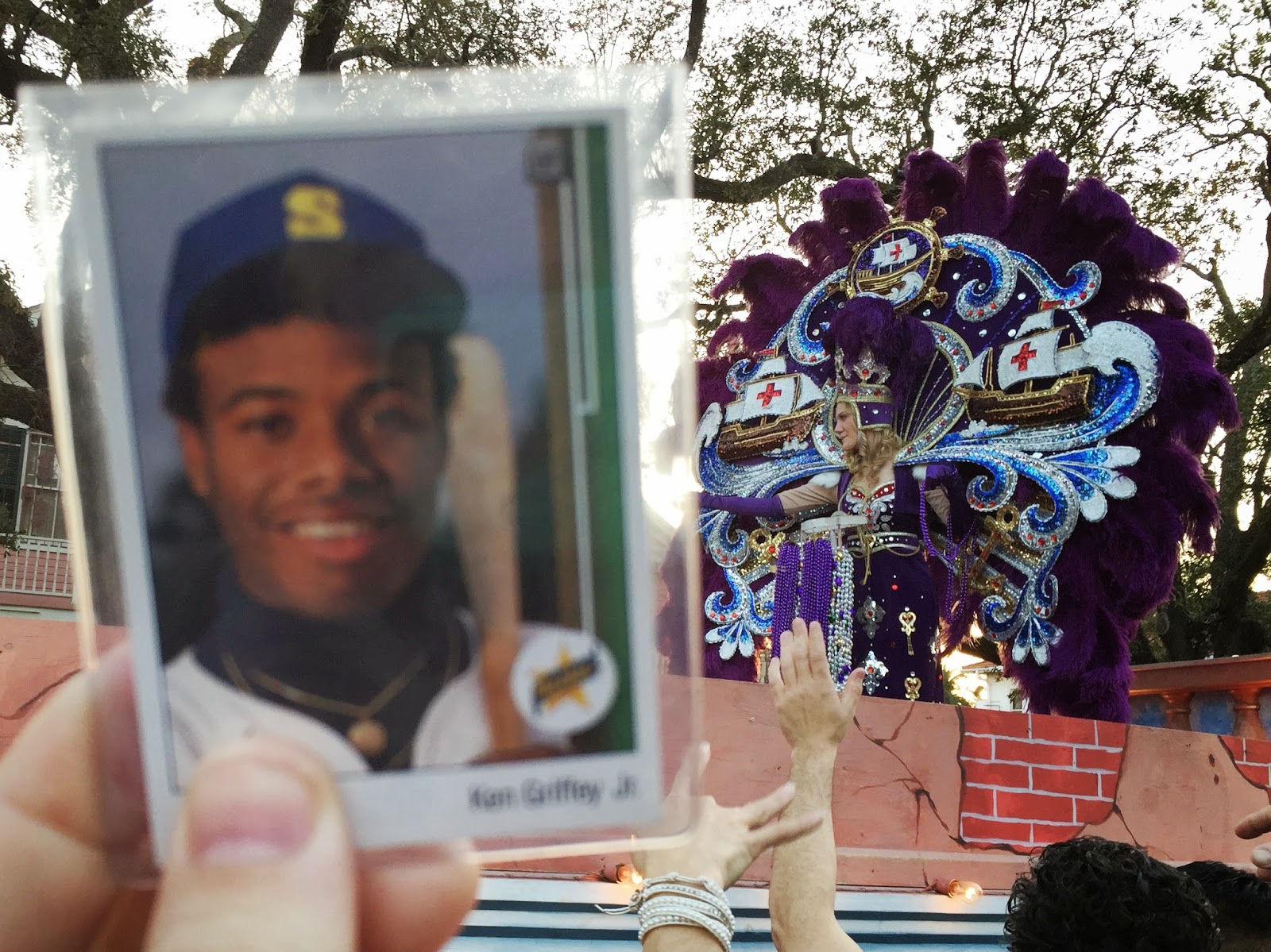 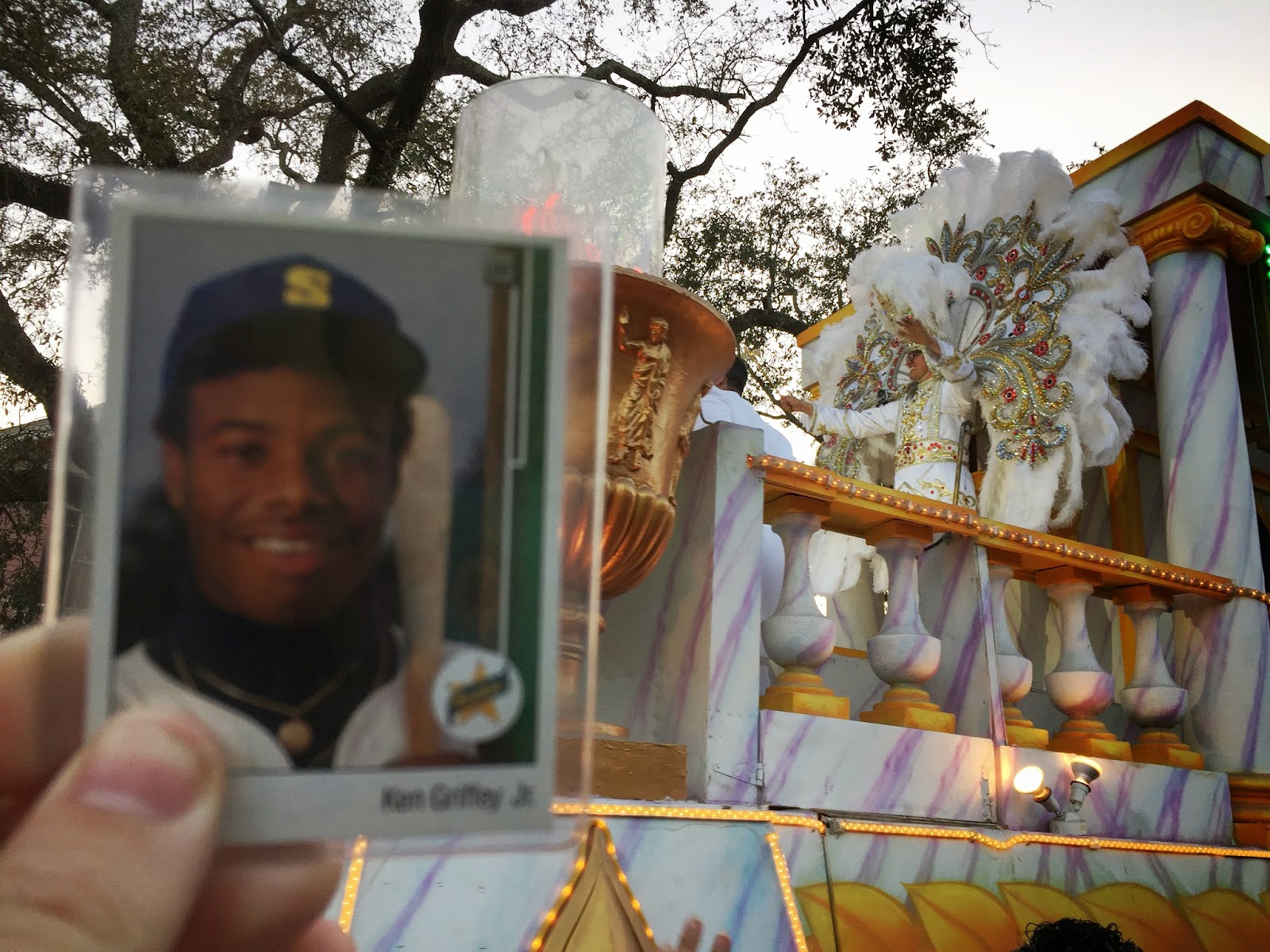 The King of Endymion! 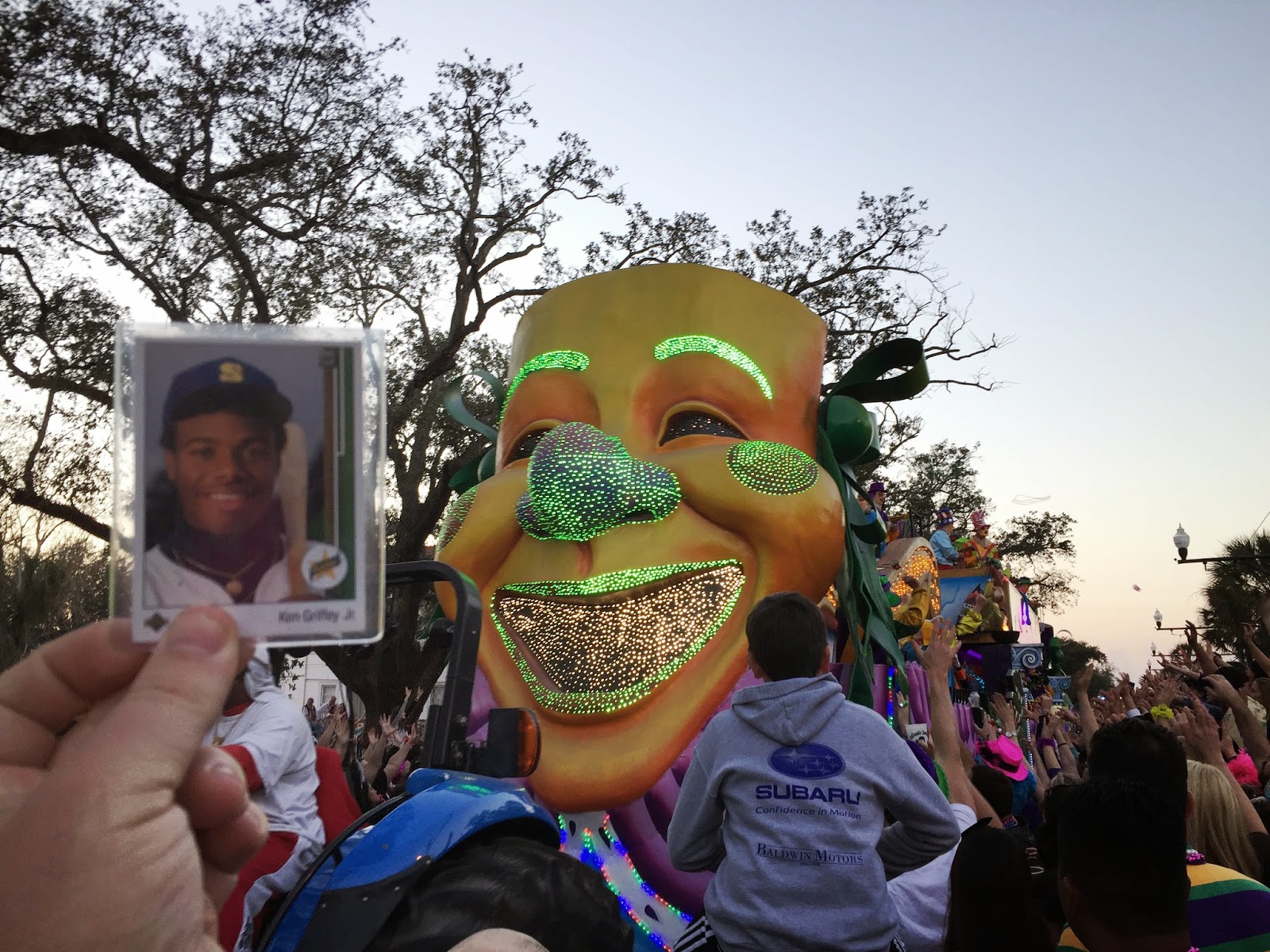 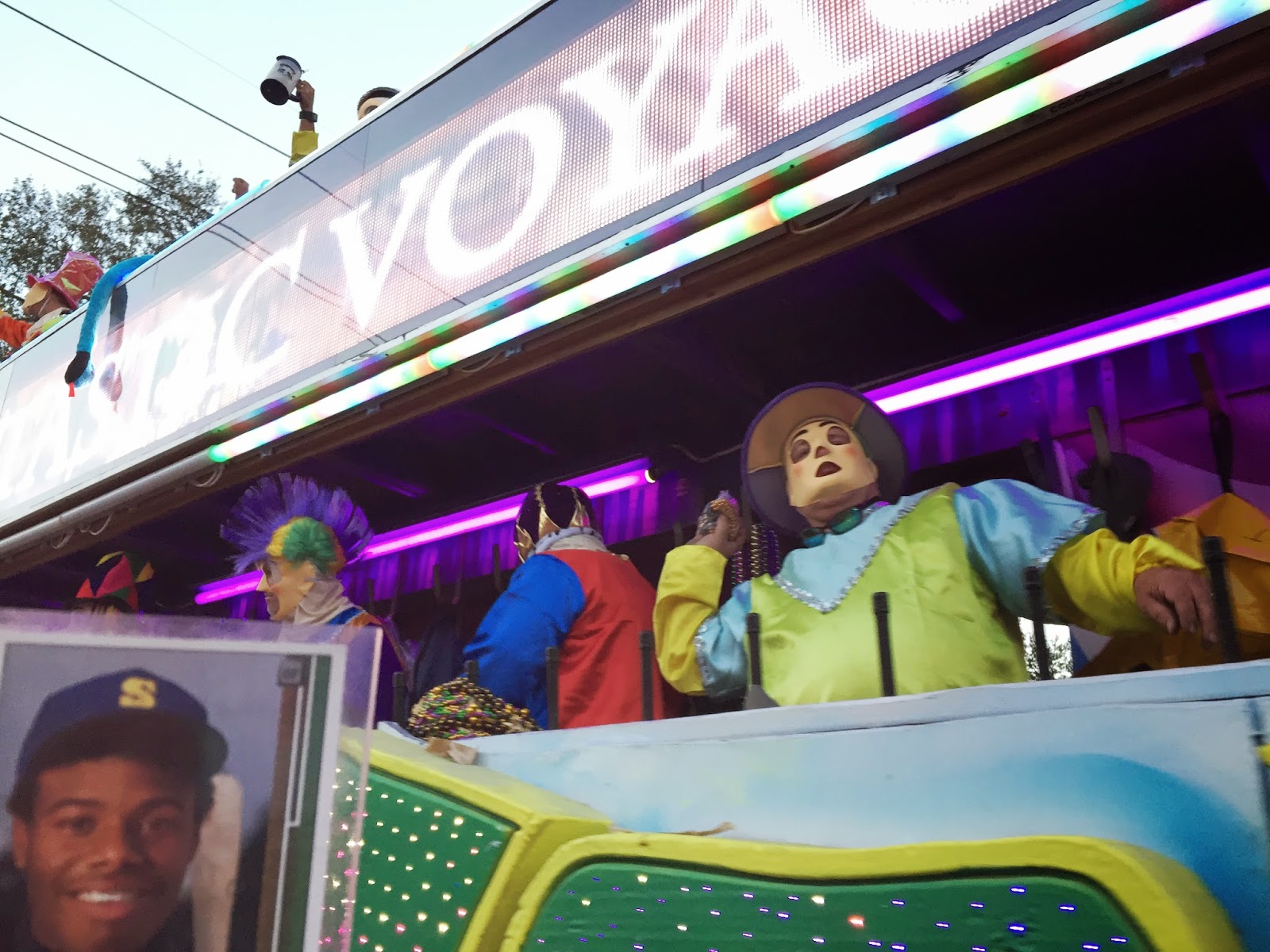 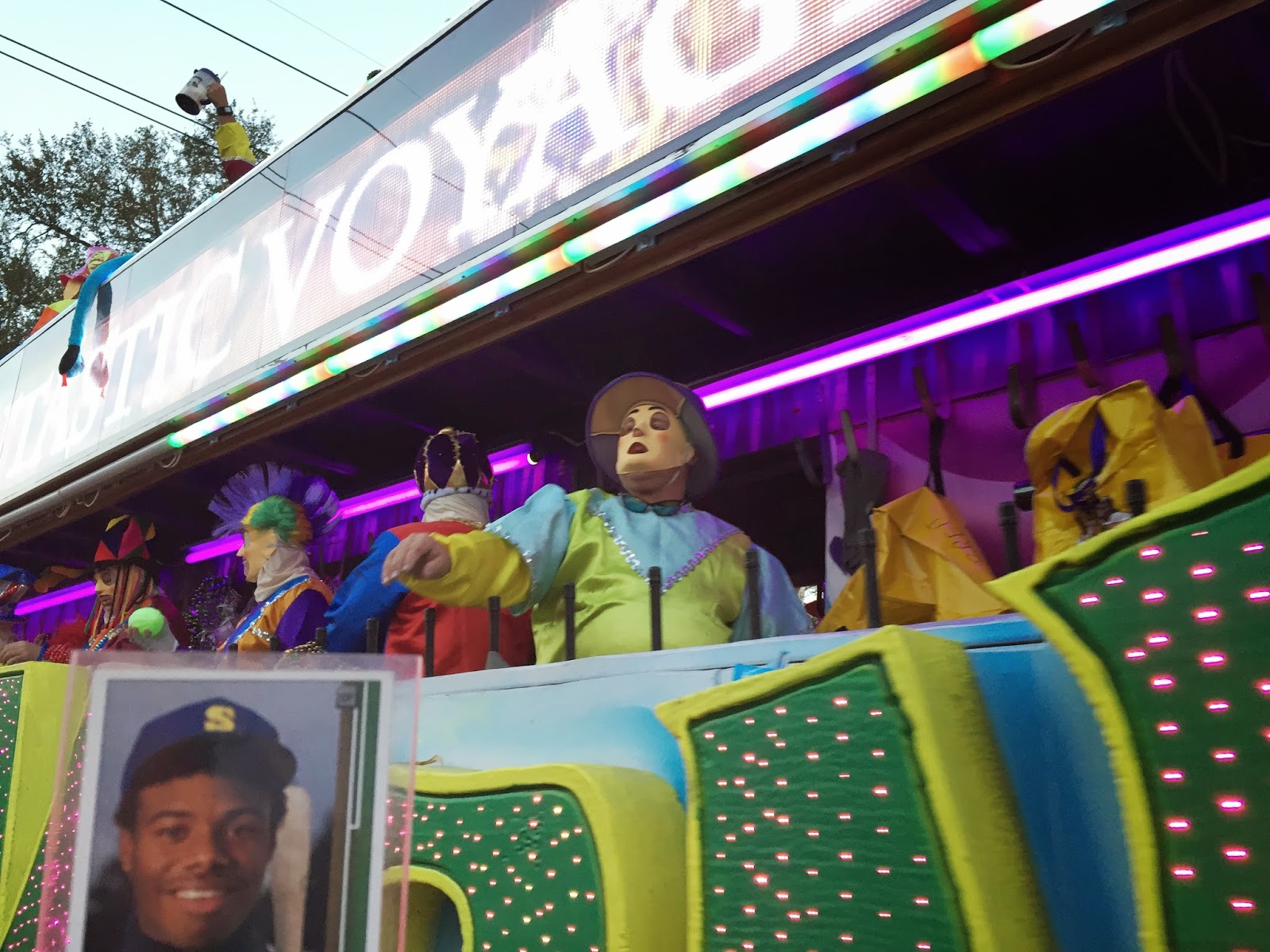 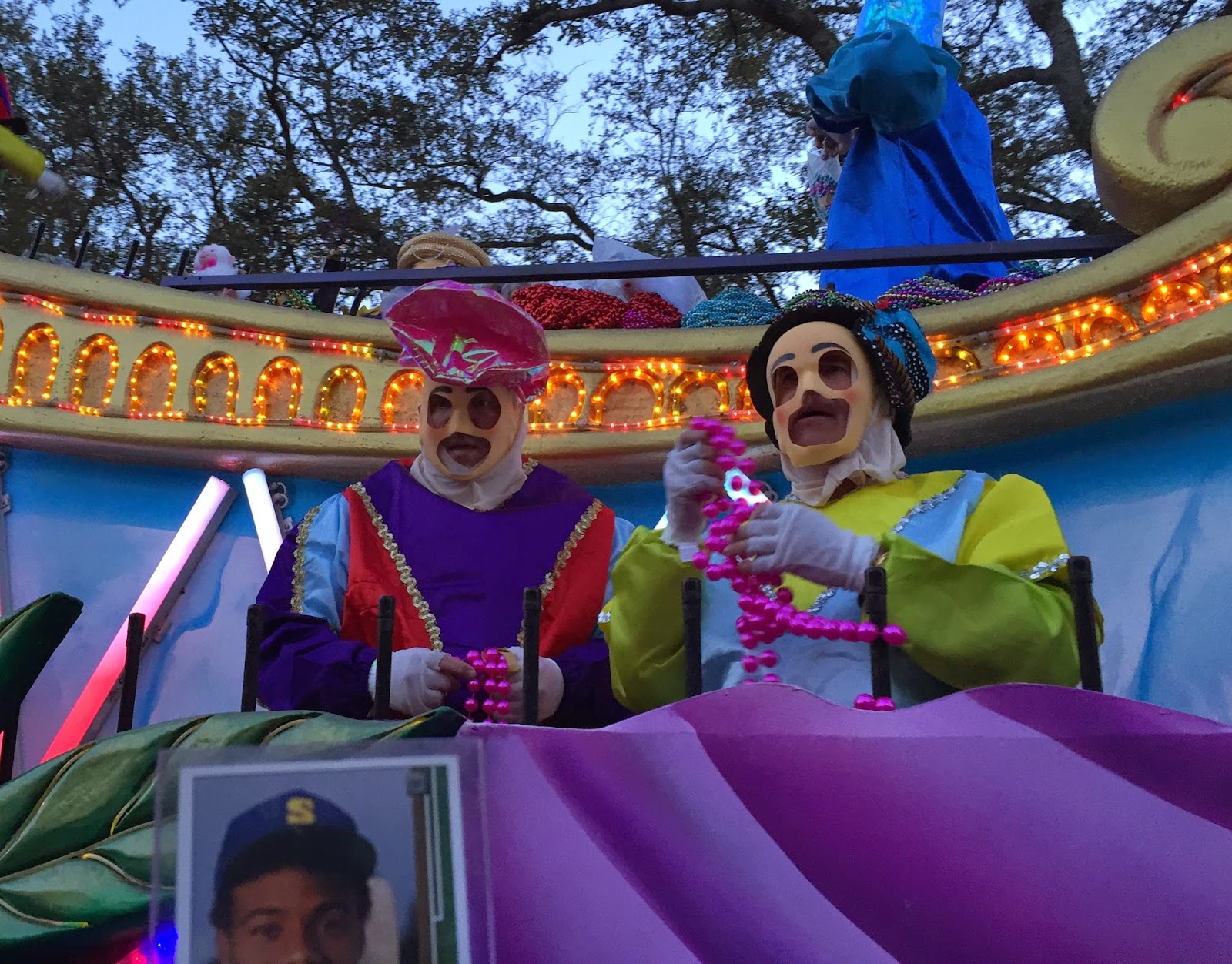 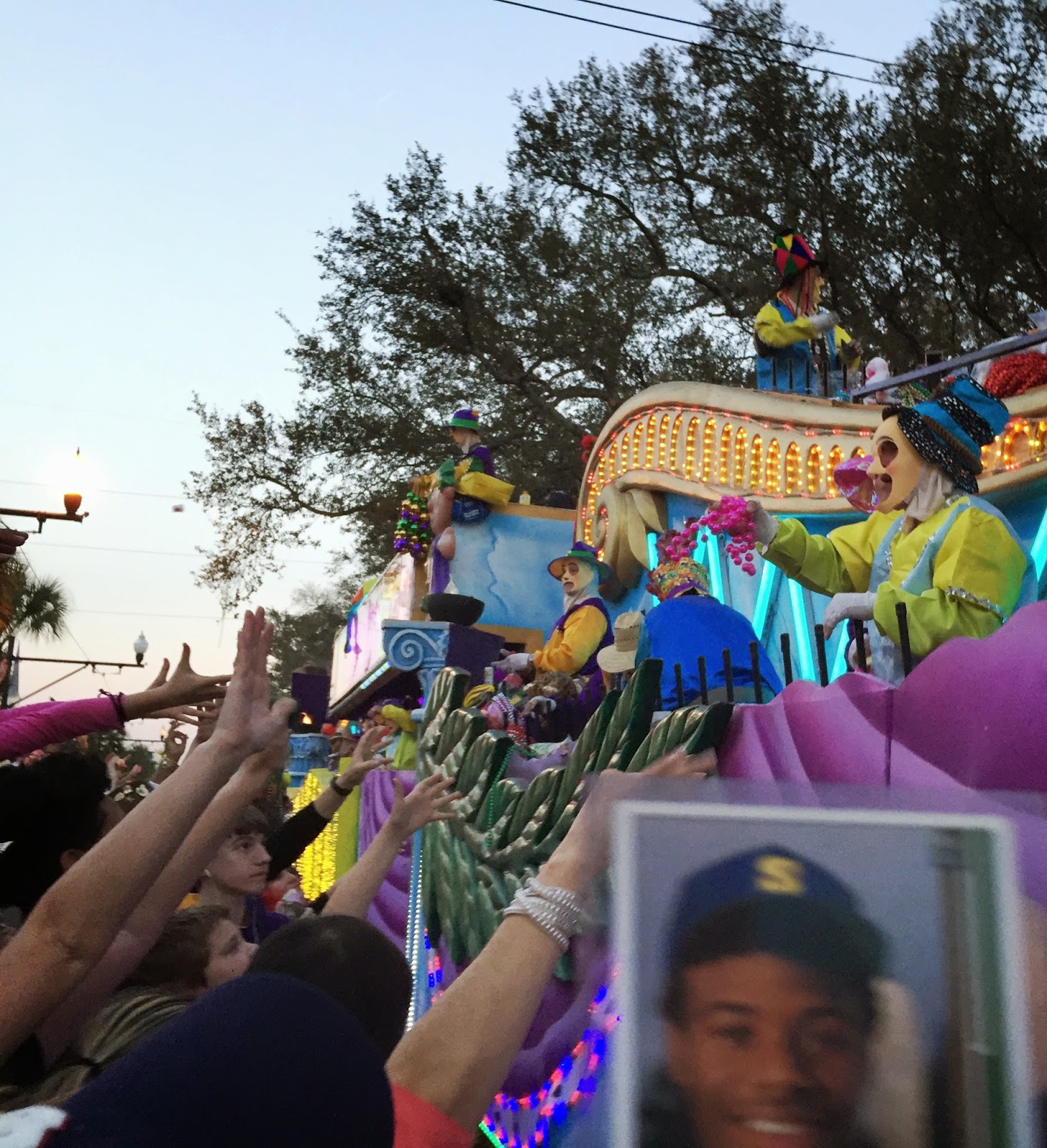 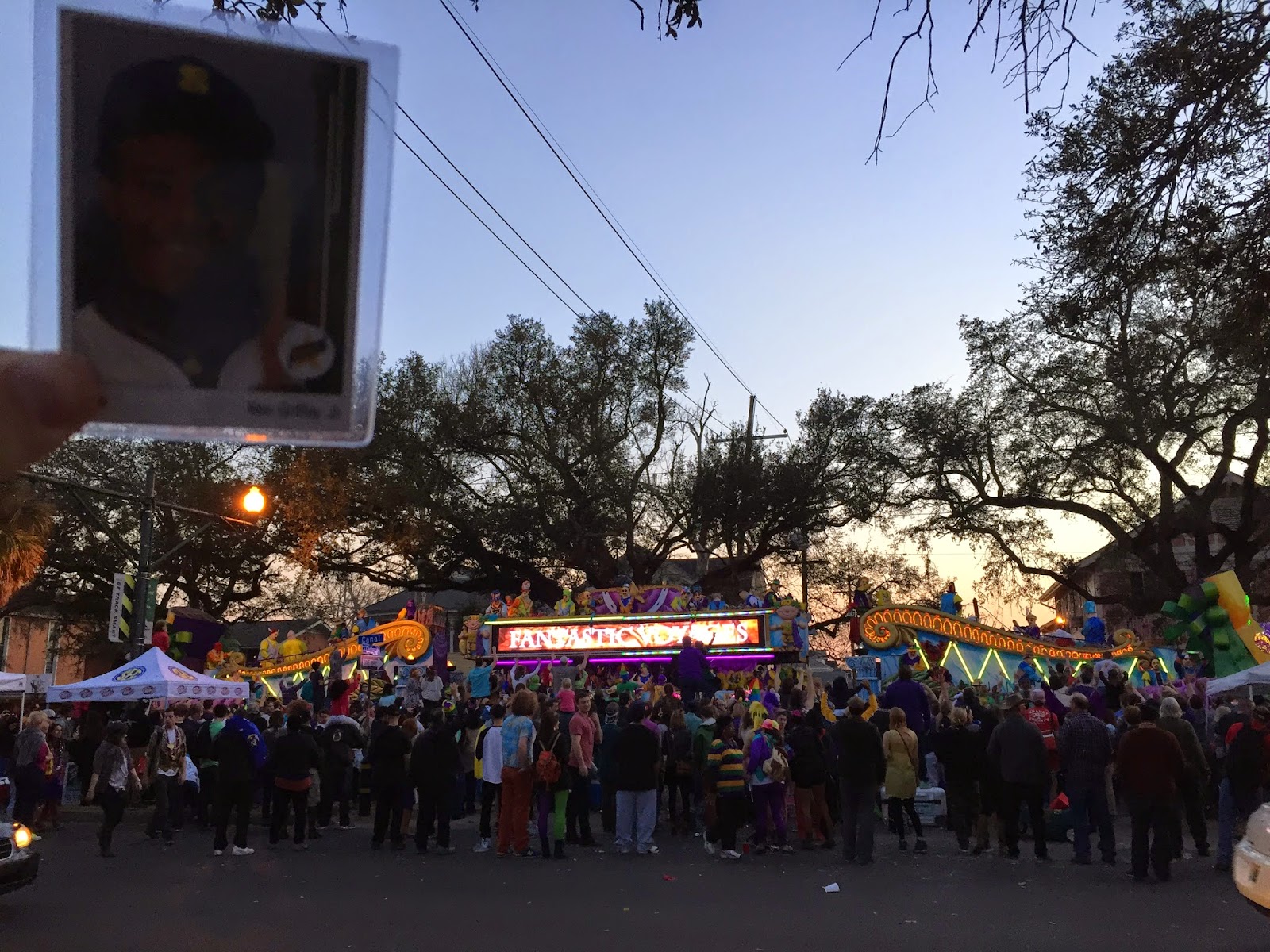 Endymion floats are the biggest. This is the title float, and it is three floats long. The largest is ten floats long and carries over 500 riders. On one float. That's more riders than there are in some entire parades. That's why we call them a Superkrewe. 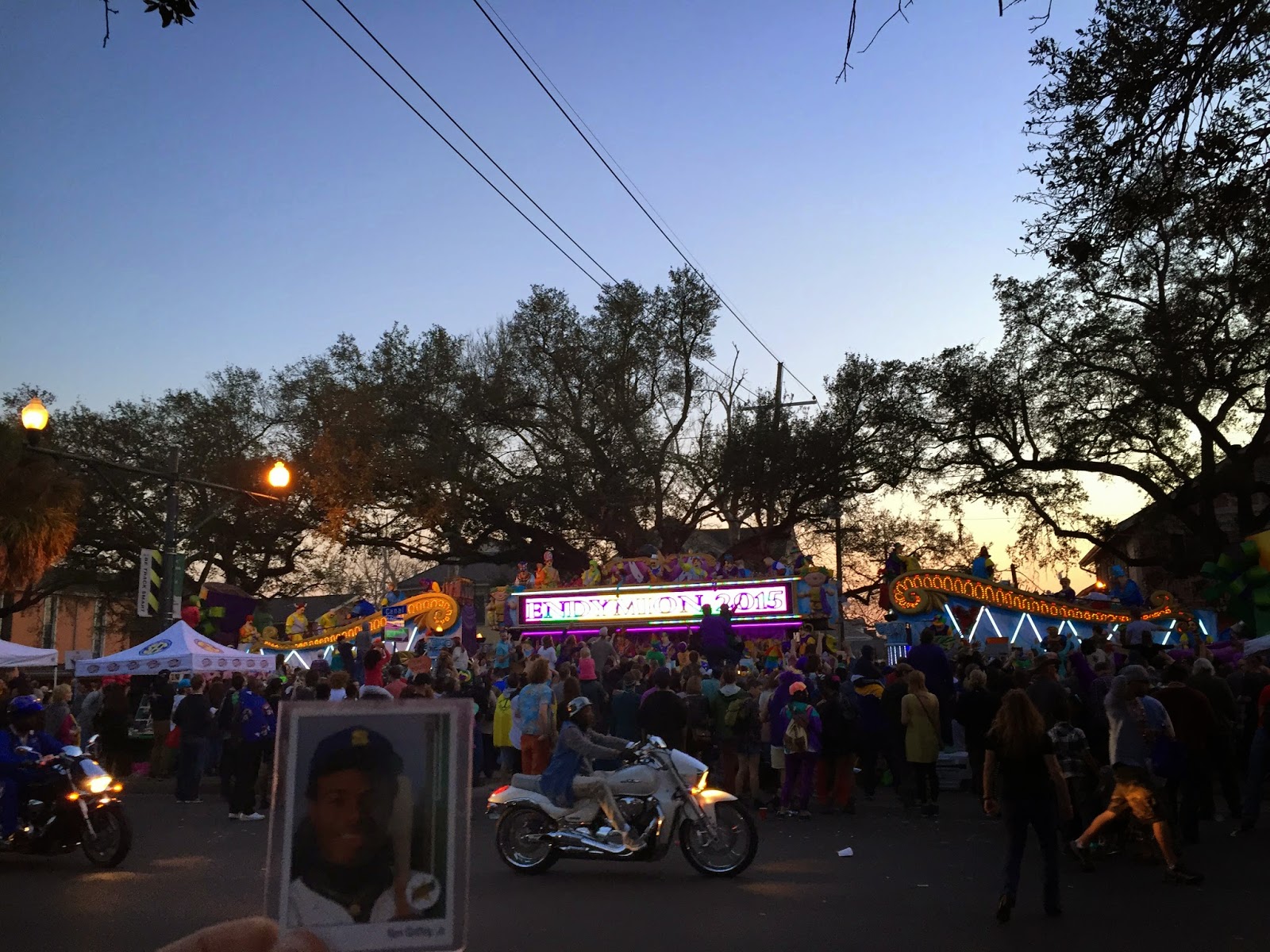 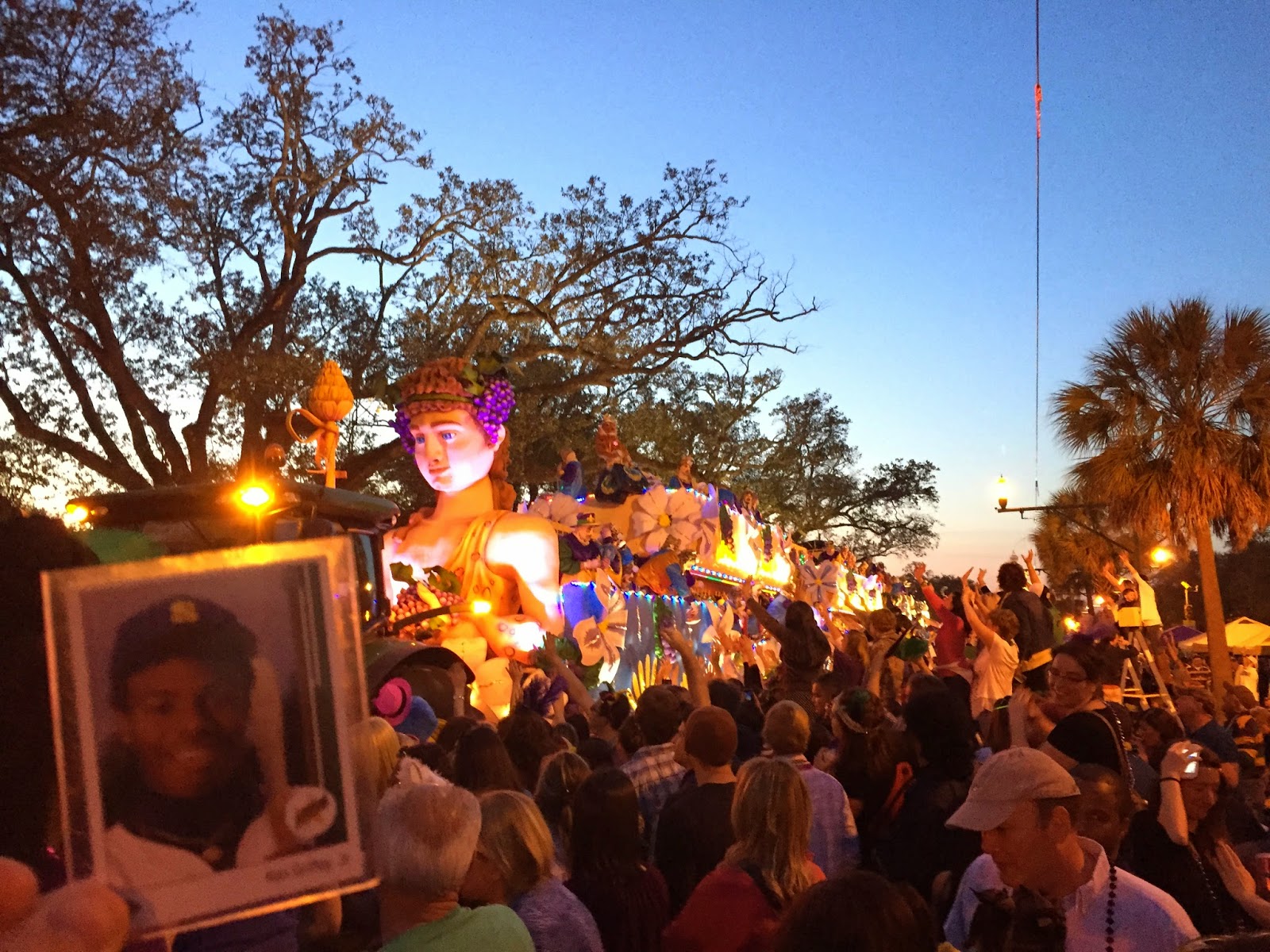 These pictures don't do the mayhem justice. 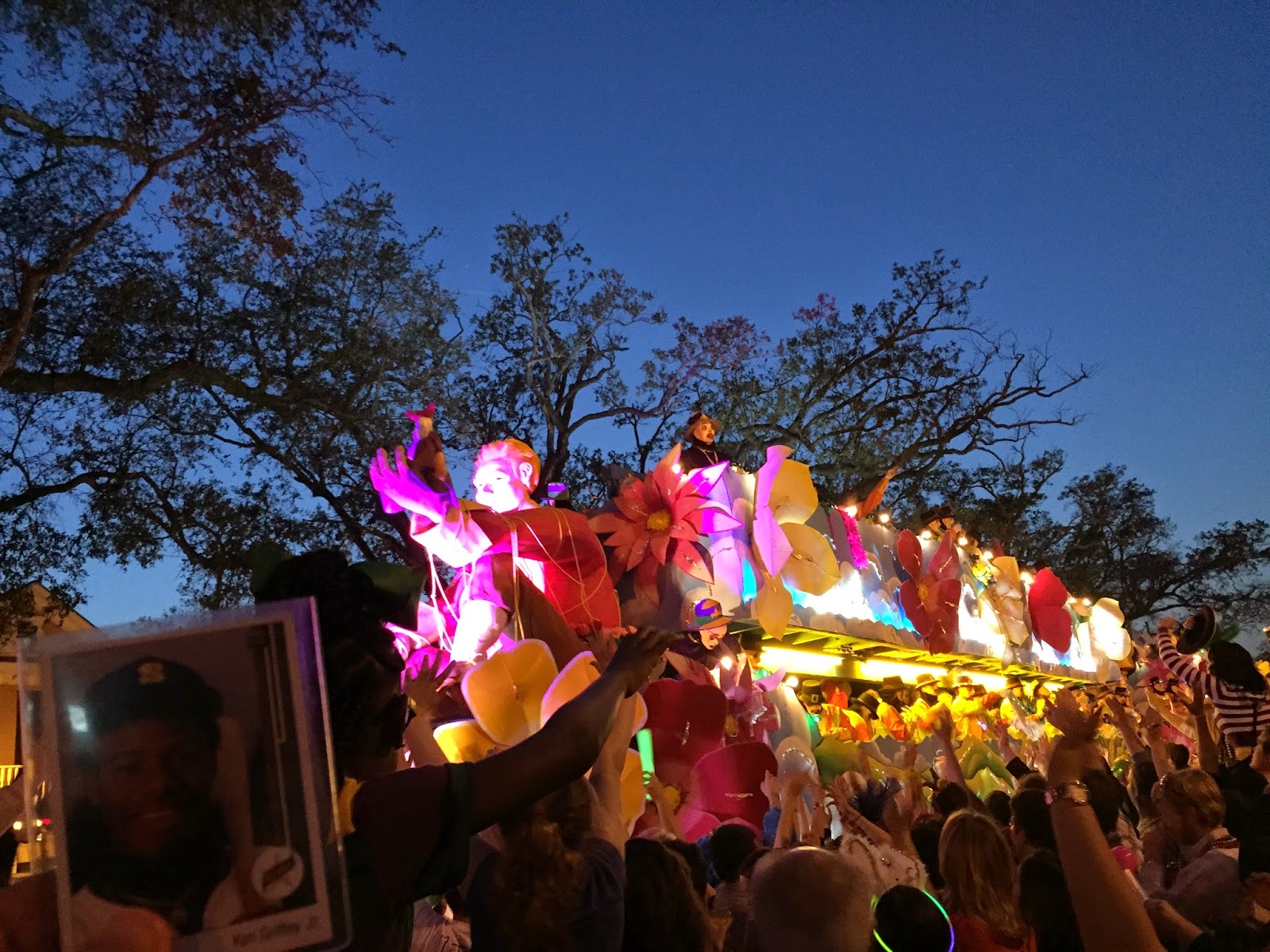 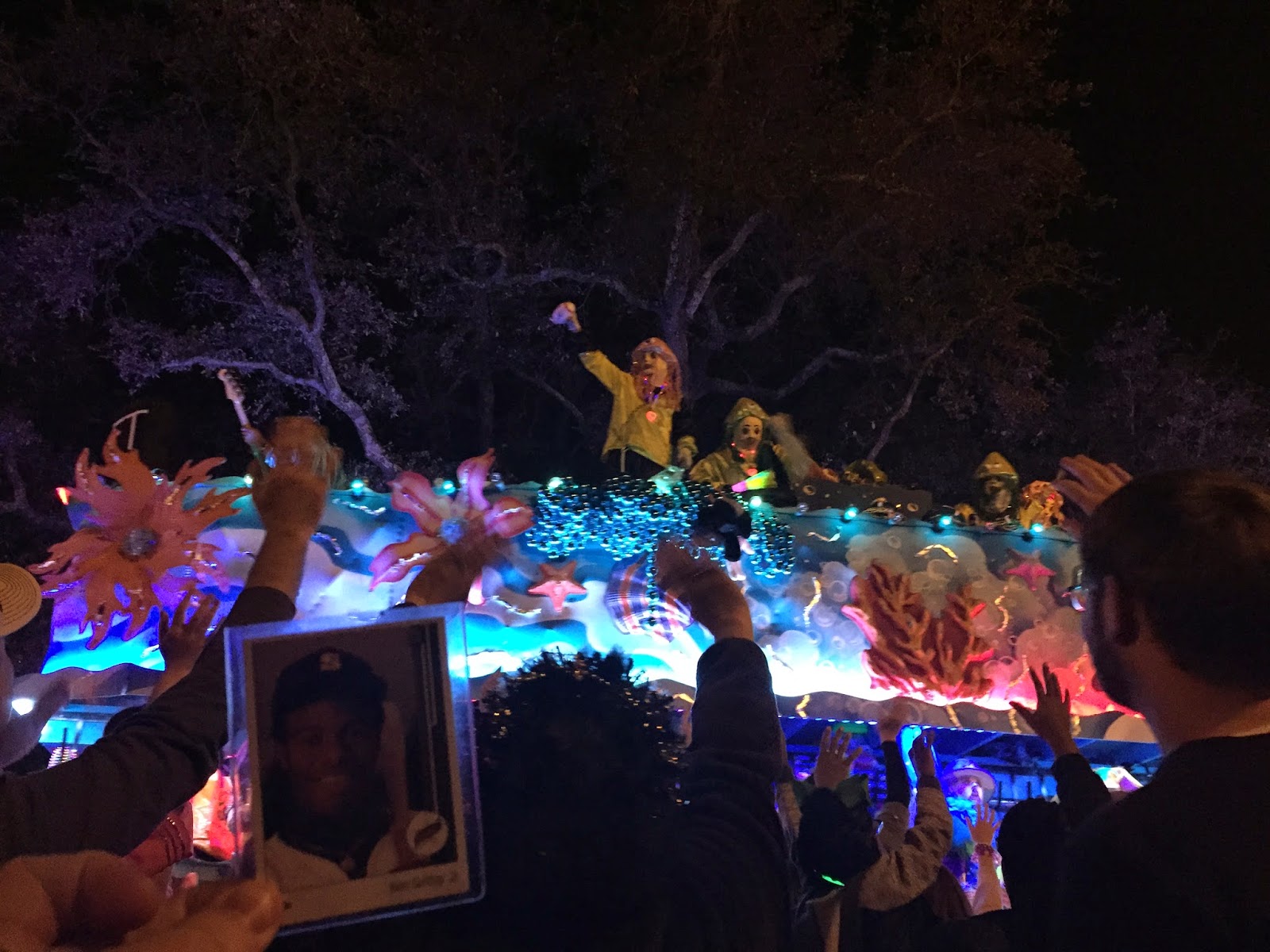 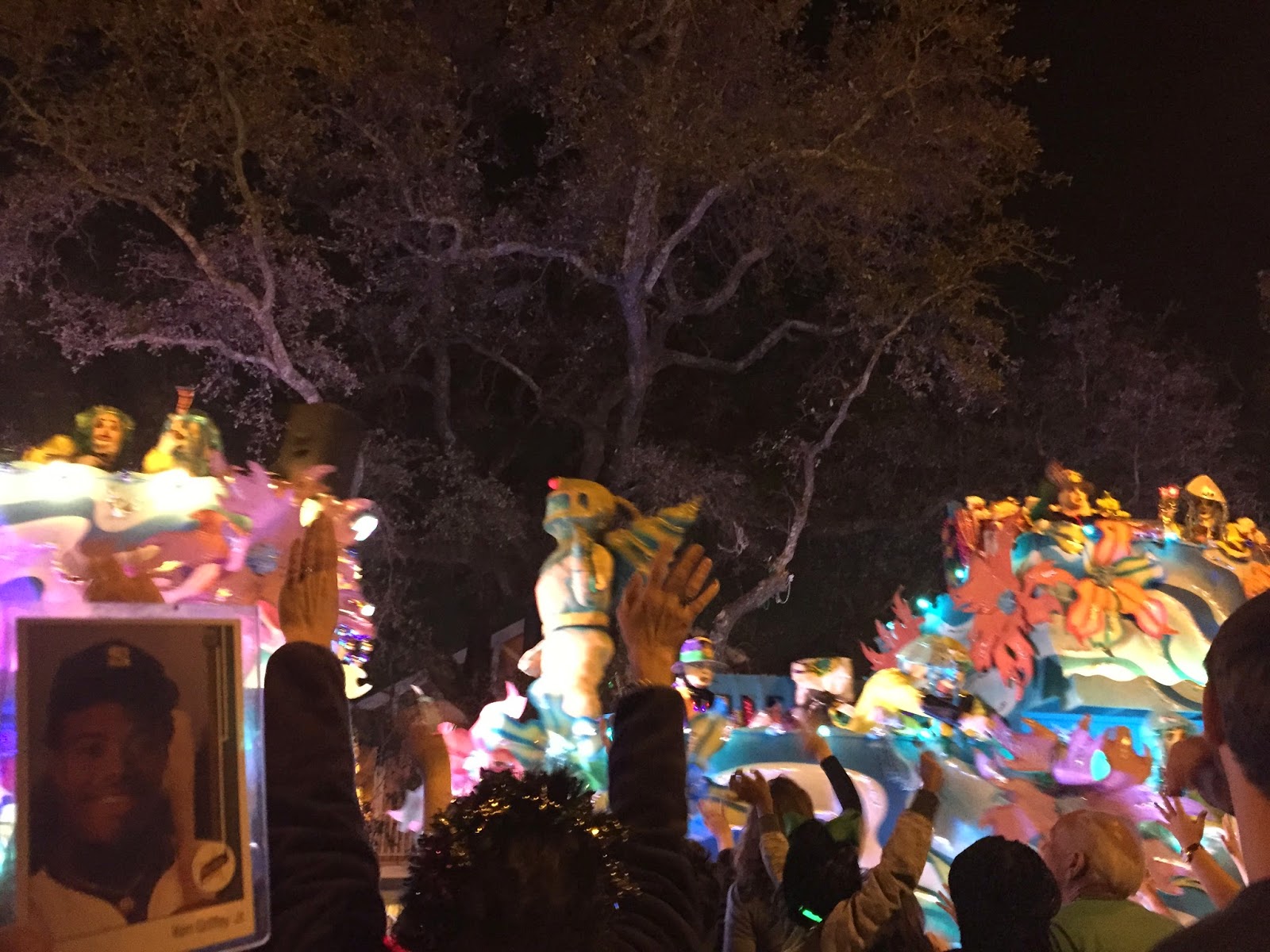 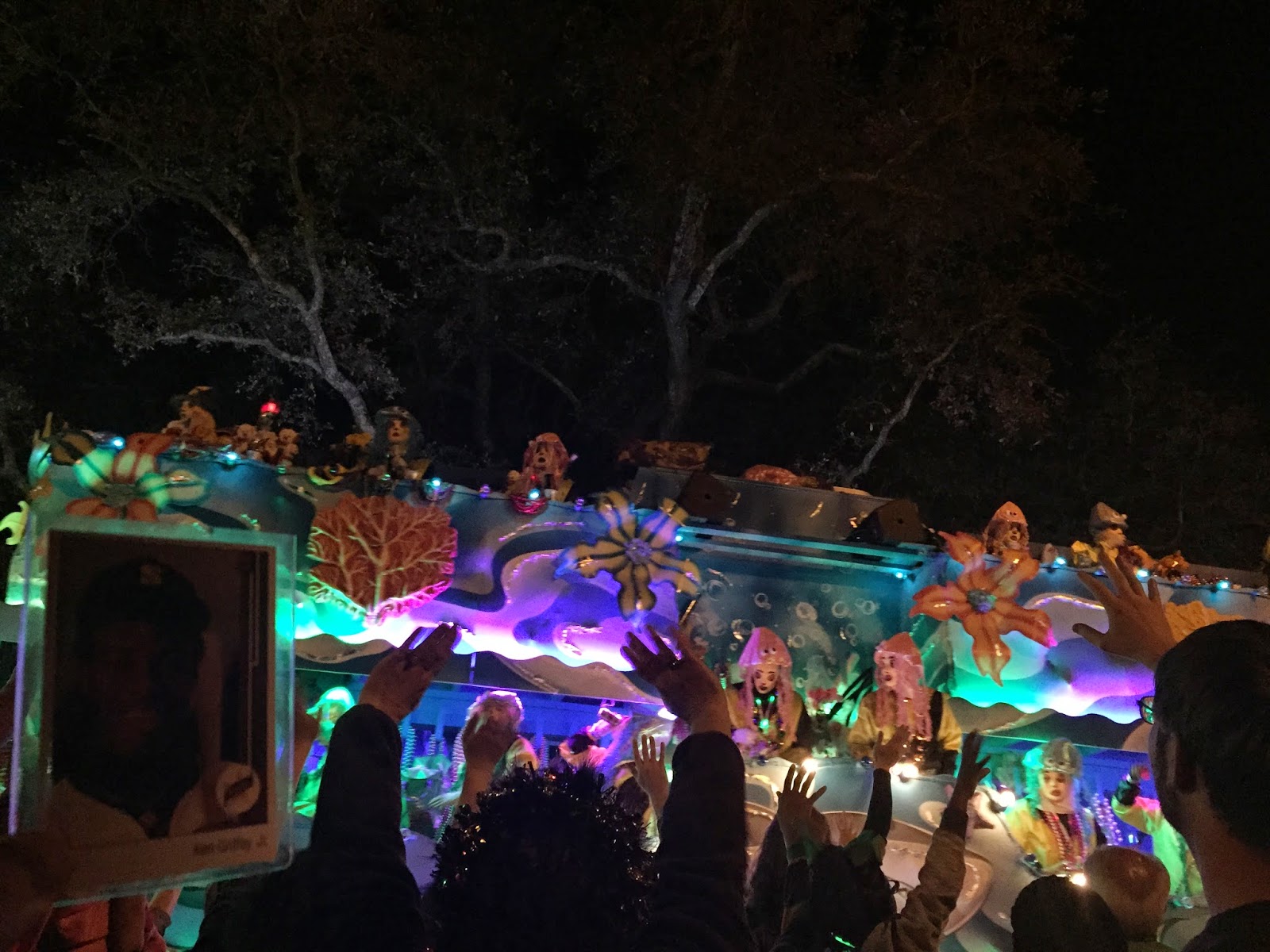 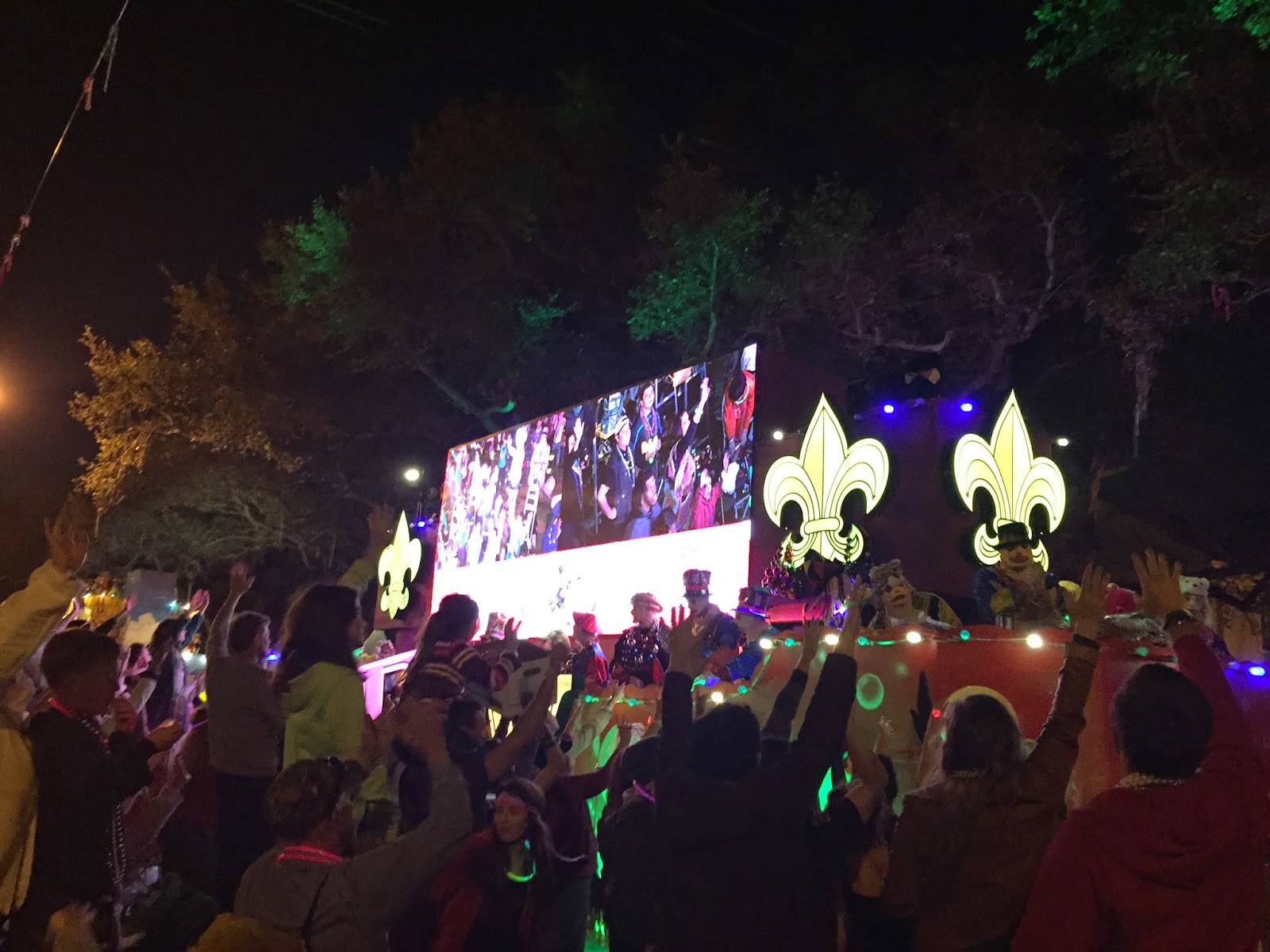 The final float is loaded with cameras that show the crowd on massive screens. This is a relatively new parade.innovation, and it's a blast to see yourself on those screens. Yes, the Griffey was on there. No, I did not get a picture.

Tomorrow, my favorite Superkrewe: Bacchus.
Posted by The Junior Junkie at 9:00 AM