Sometimes I mail out huge boxes of cardboard. It may seem like generosity, but in reality it’s a ploy to declutter my cardspace. My wife doesn’t fuss quite as much about the occasional PWE or yellow padded envelope arriving in our mailbox as long as I lug a box or two of cards to the P.O. every now and again. It’s the illusion of balance.

While I’ve been on the receiving end of some pretty substantial trade packages in my time, none have approached the scale of the box I recently received from Adam of Infield Fly Rule. It was one of those Priority Mail “if it fits it ships” deals (which the USPS has probably rethought since card collectors began shipping heavy boxes filled with cardboard), and believe me when I say that this thing was packed to the brim. 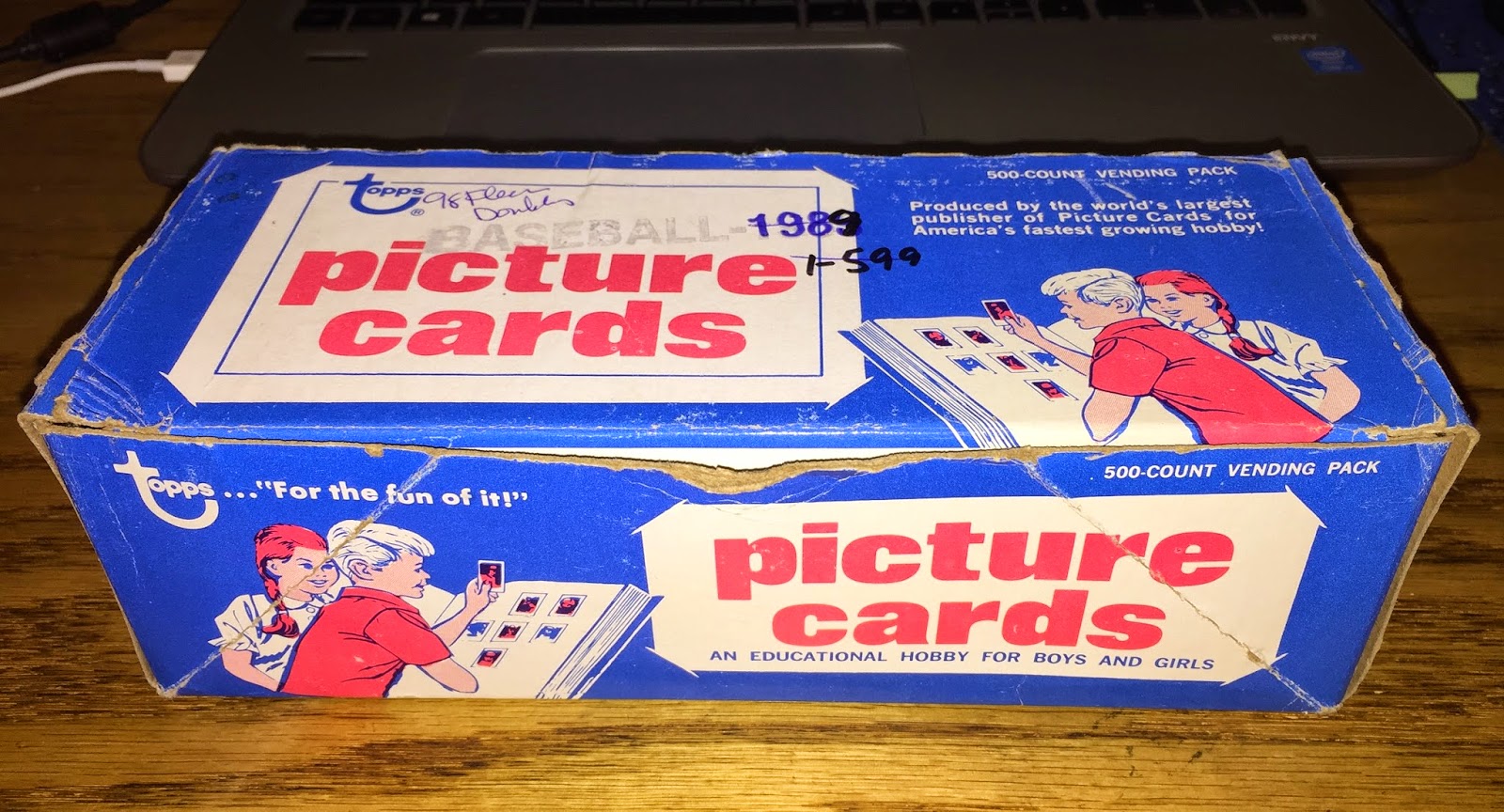 You know you’re going to need to invest some time in a box when it contains additional boxes. There were thousands of cards in there! Stacks of fun and interesting photography, needs from my set-building want list, PC guys, largely-completed 80’s and 90’s base sets, and lots of other rectangular goodies. One of my favorite items was that old Topps long box that tries to convey the educational value of card collecting.

I should mention that I could not possibly show you everything Adam included, but I have a few nice highlights: 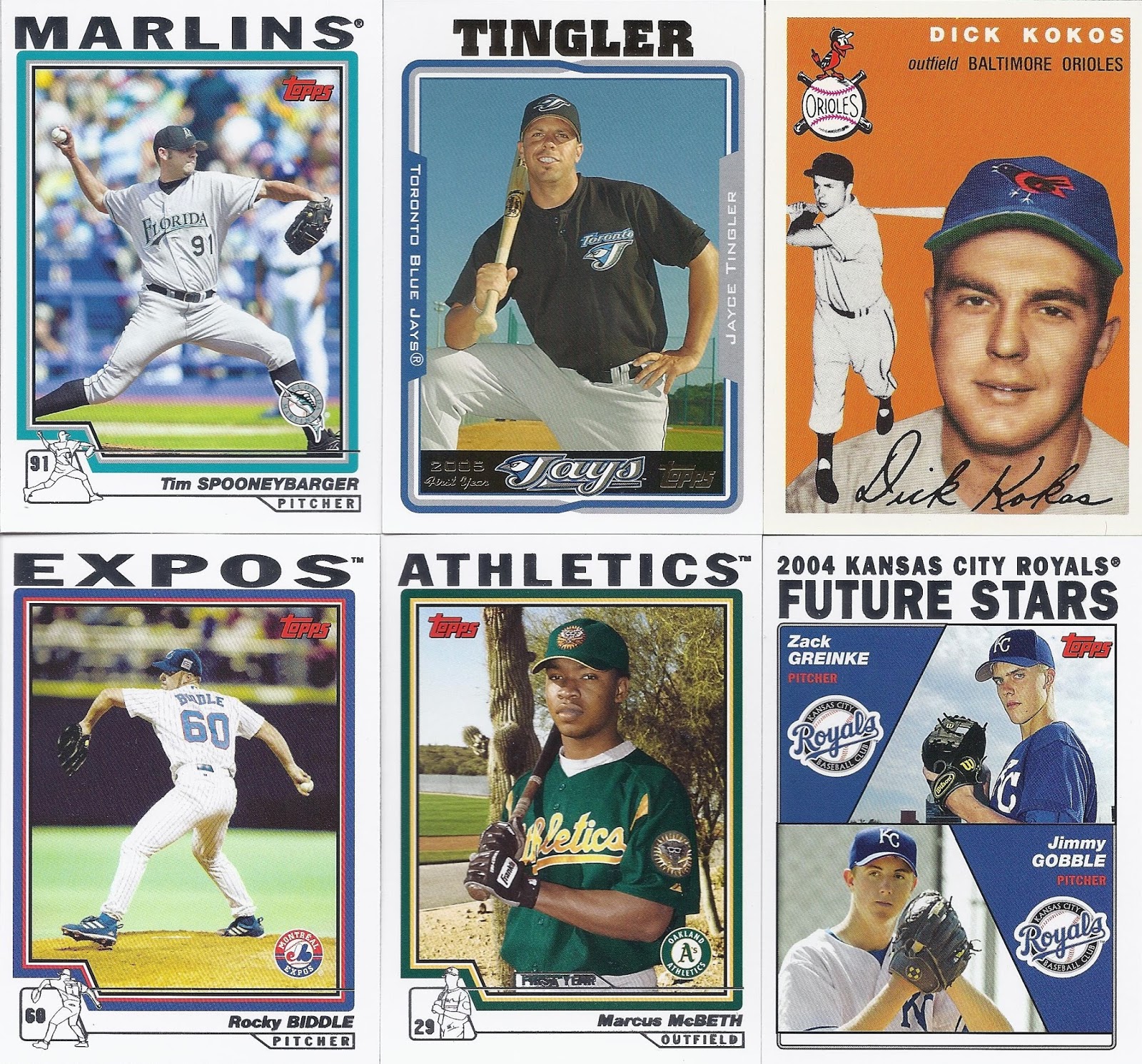 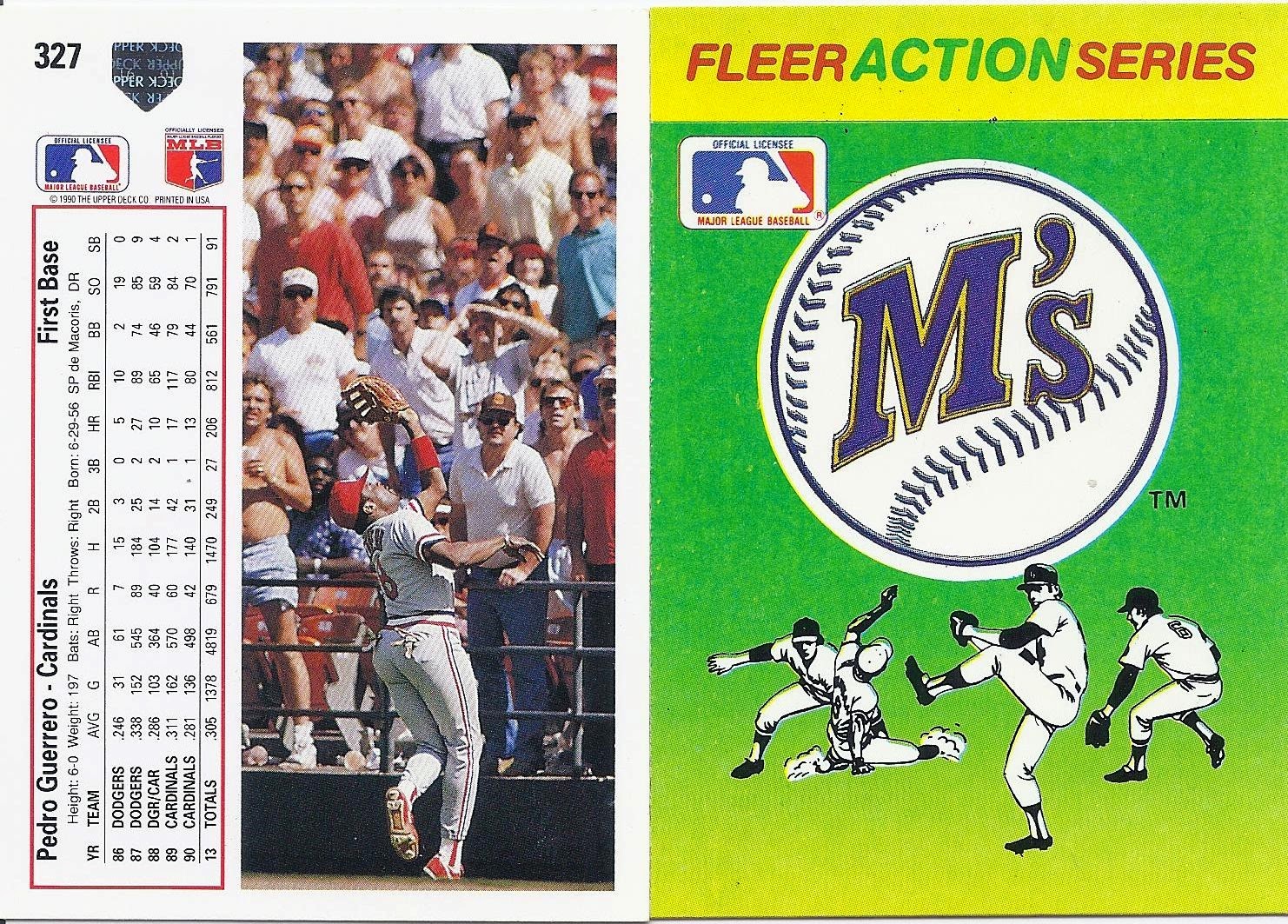 Adam has an eye for keepers. From great photos to funny names to great, funny photos, this box contained cards from across the spectrum. There were so many I had to upsize my “Photo” box, reserved only for common cards sporting uncommon photography. Lots of Stadium Club in there.
I’m strongly considering adding Tim Spooneybarger to my PC list. Or possibly Sherard Clinkscales.

You better drop that ball, or Big Frank is gonna karate chop ya! 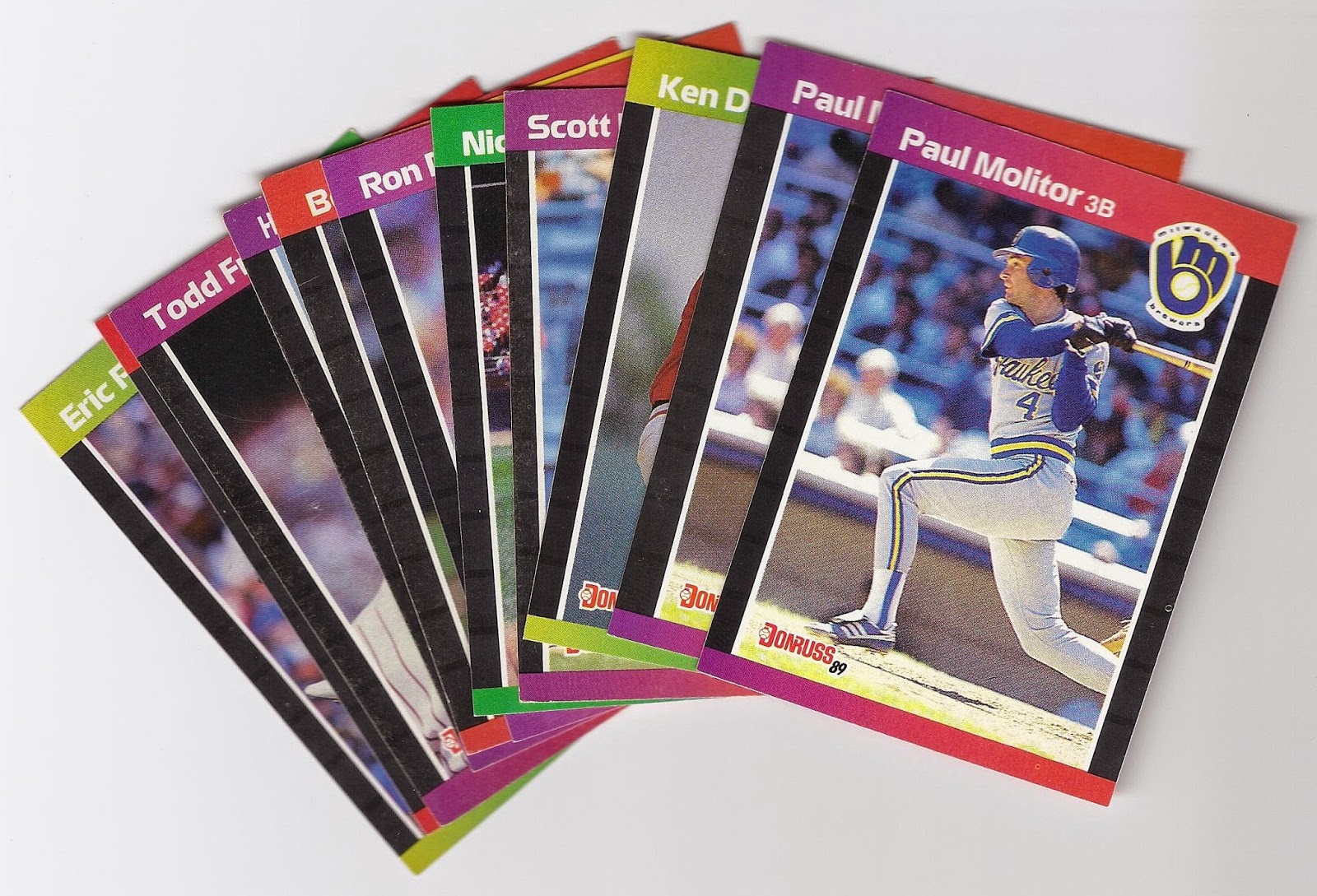 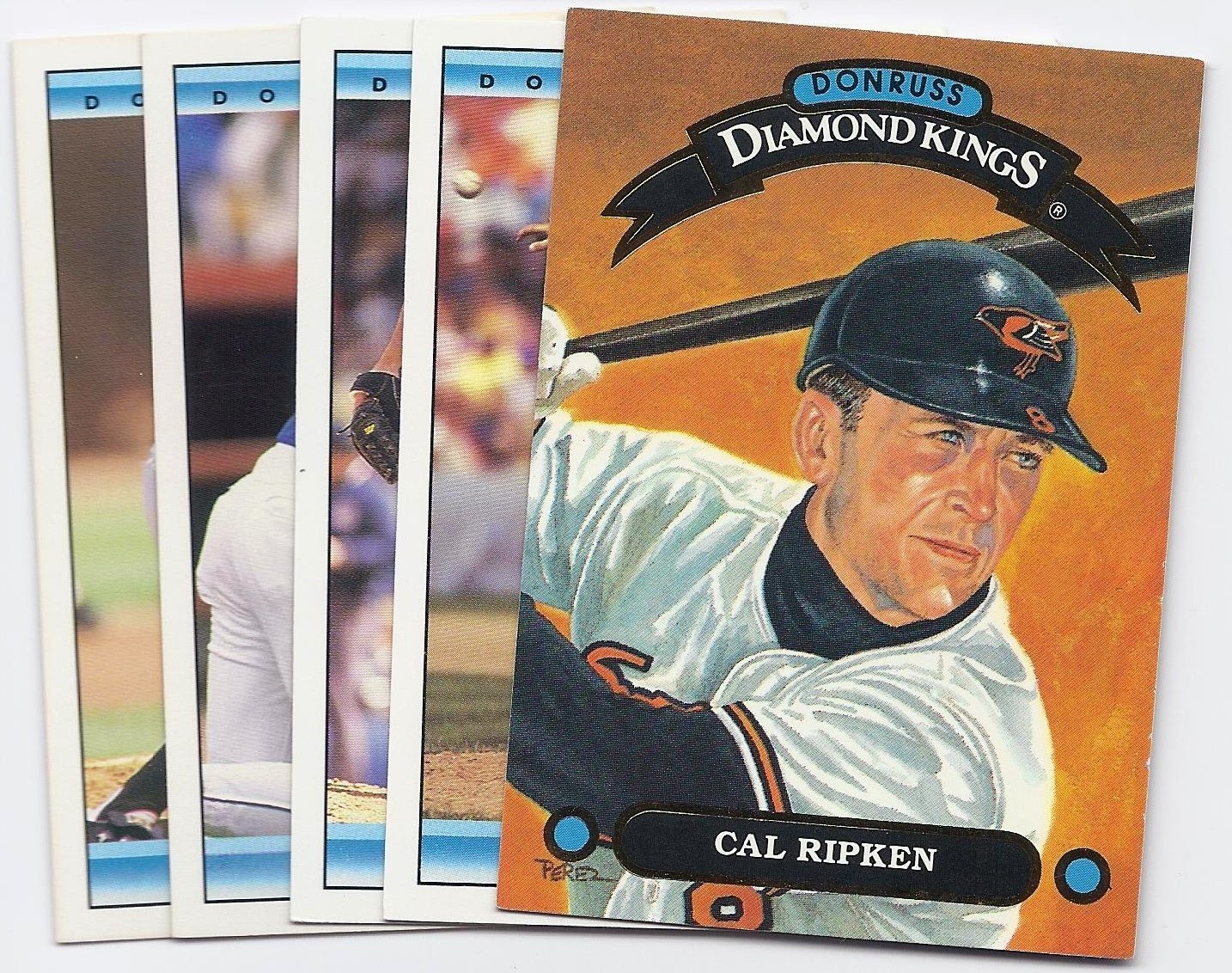 I cannot thank you guys enough who read my set-building needs. These helped me finish off my third base set of ’89 Donruss, and I’m only a handful of cards away from a fourth. ’92 Donruss Series 2 is still a ways off, but I’m willing to bet without checking a Beckett that that Ripken DK is the most valuable non-autographed card to be had from the whole set. 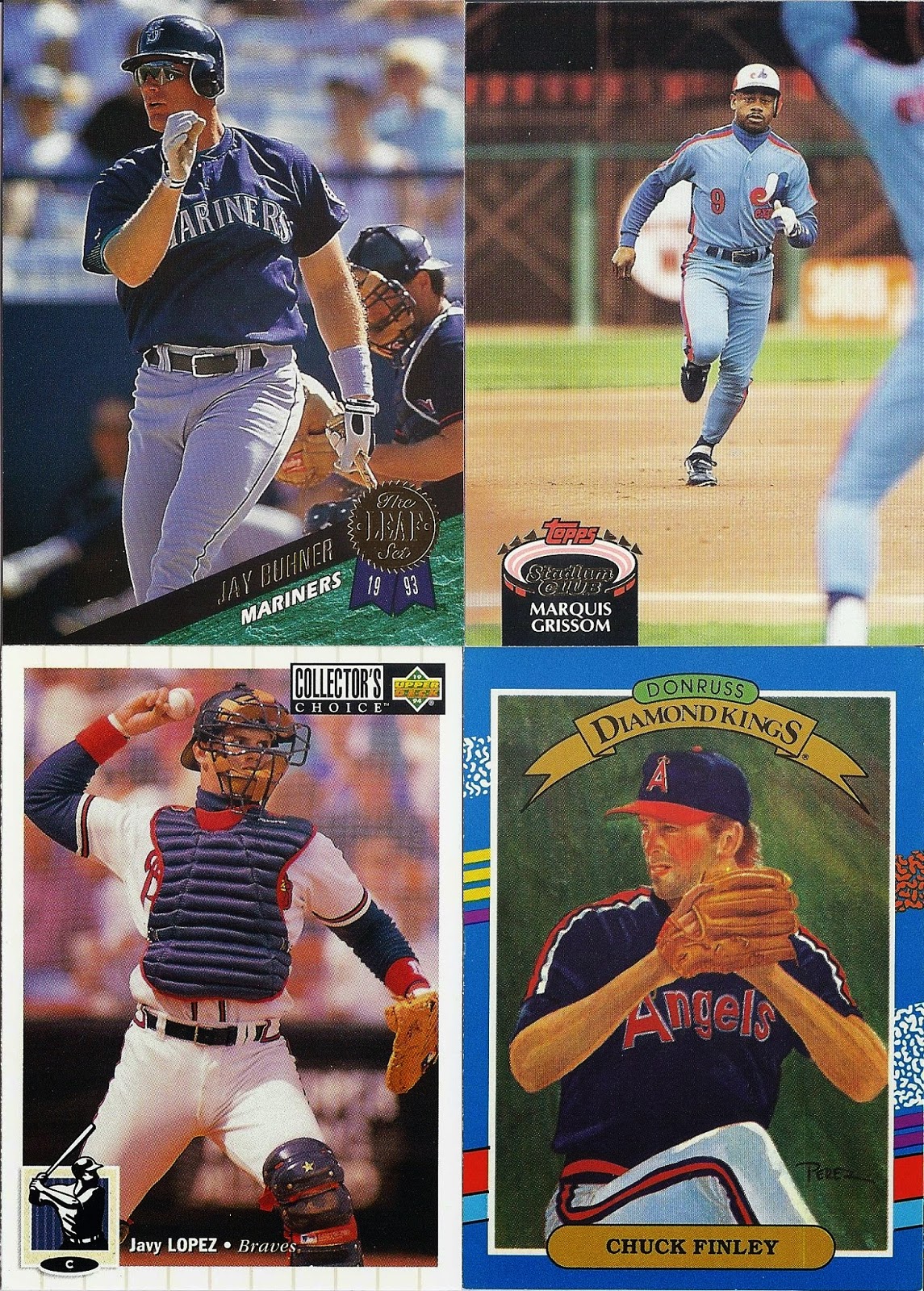 PC guys galore, including a fresh-faced rookie Will Clark. HOF or no, the guy’s got an excellent rookie card; and like Griffey’s, his is in the Traded set.

Thanks for the monster box, Adam! I owe you, like, a million cards.
Posted by The Junior Junkie at 12:30 PM