Part 2 of this post along with a few more Bill Murray baseball cards can be found here.

There is also a Part 3 which can be found here.

One of my PC's is Bill Murray. You might not think there are enough Murray cards in the World to merit something you can call a "collection," and if that's the case this post may surprise you. Bill has had a stake in several minor league ball teams, and I've acquired the card sets of every one of those teams I could find.

Here, chronologically, is my entire collection of Bill Murray cardboard. 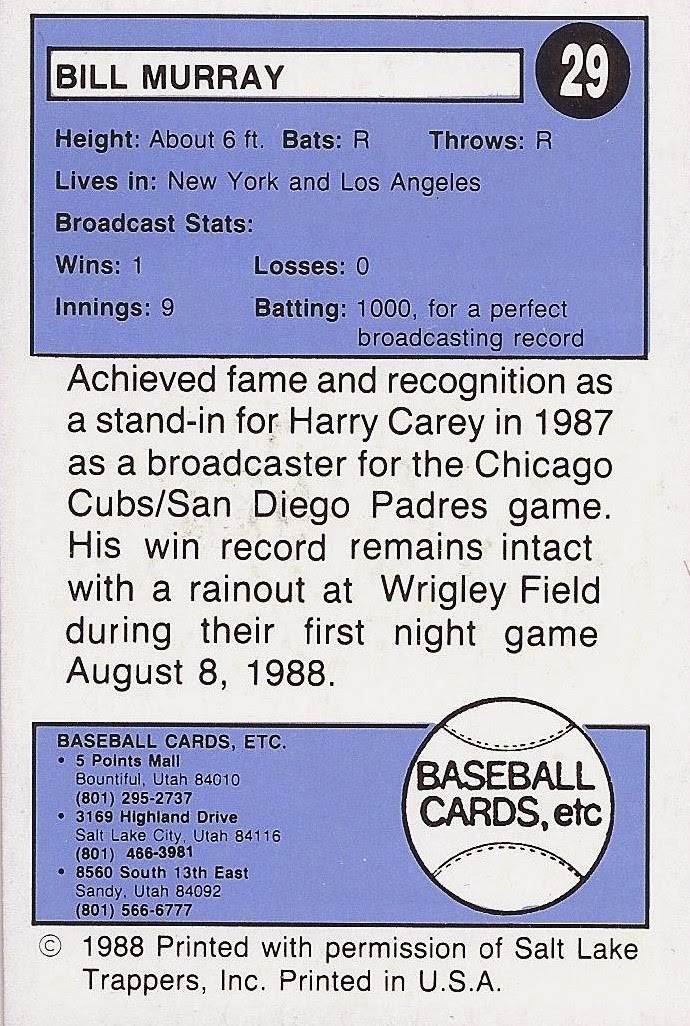 The first BM card depicts a smiling Murray still in the beginning of his film career. Scrooged and Ghostbusters II were on the imminent horizon, and Groundhog Day was still five years away. His position of "Team Owner" would not last.

This card, his earliest I have found, seems to be the Holy Grail of Murray cards. The last team set from this year that sold on eBay went for $90.00 plus shipping. It's a tough one to track down and by far his best-looking card. 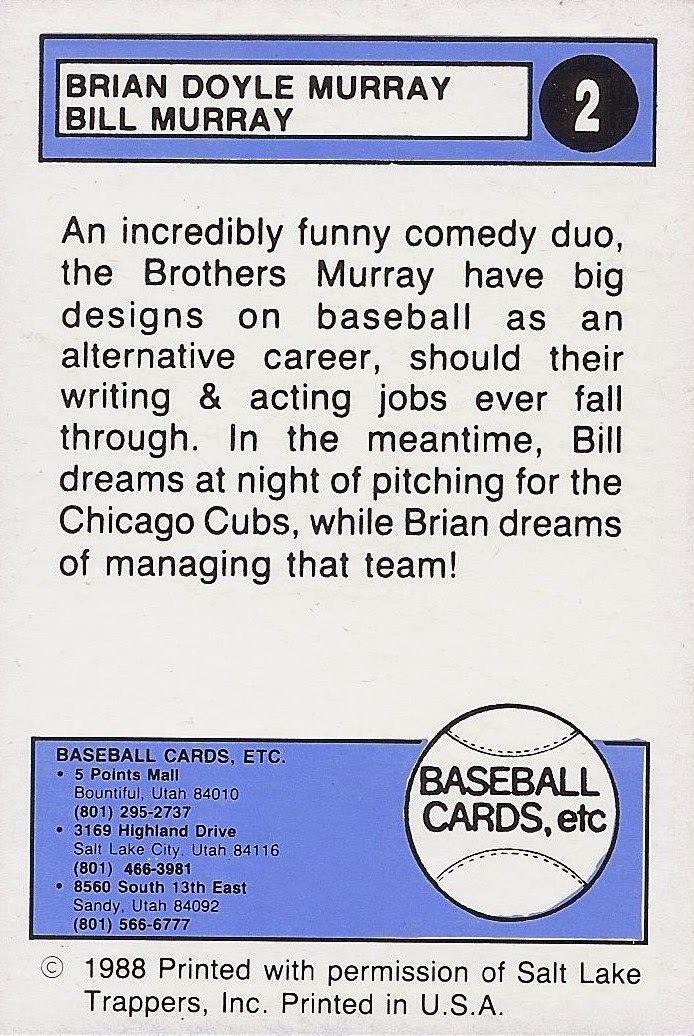 Here is Bill with his brother, Brian, who was in a ton of movies including National Lampoon's Christmas Vacation (as Clark's boss) and Wayne's World (the arcade owner who "blows goats"). It seems they were actually co-owners, but Bill ended up with his own card in addition to this one.


Skip forward 15 years to this card from the 2003 Brockton Rox team set. Murray, promoted from simple owner to "Director of Fun," is superimposed over the team's Brockton, Massachusetts ballpark. Murray's legendary status in Hollywood had already been assured at this point. He had shown his acting chops in more high-brow comedic roles such as Rushmore and The Royal Tenenbaums, and Lost in Translation was about to reveal to the world his dramatic side (as well as Scarlett Johansson's booty). 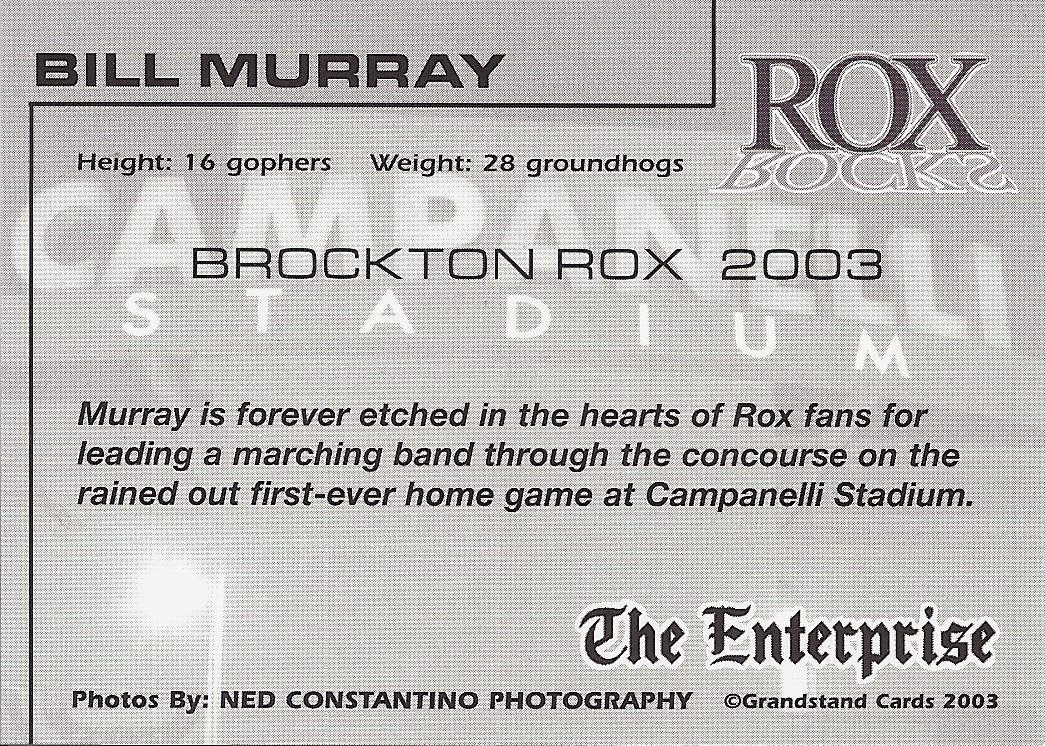 Check out the units of measure for his height and weight. 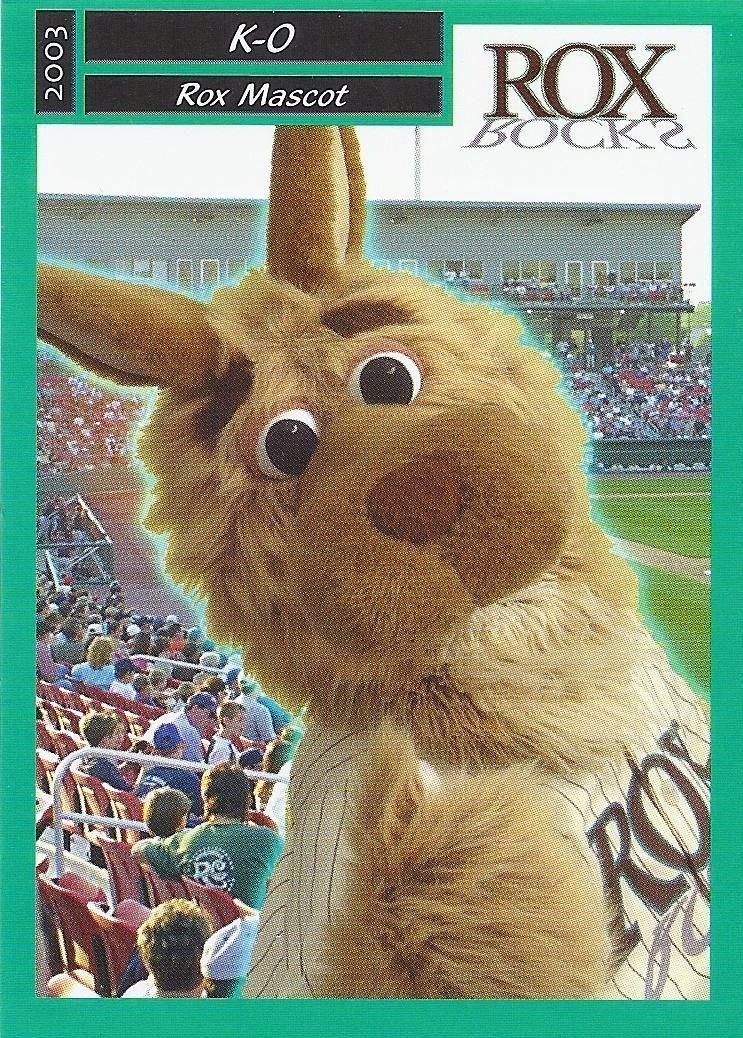 I think that's a thumbs-up.


The following year's Rox set features a more muted design and a more pensive-looking Bill. I can;t say I like the cropping here, but I can't complain. There aren't enough Murray cards out there to be choosy. 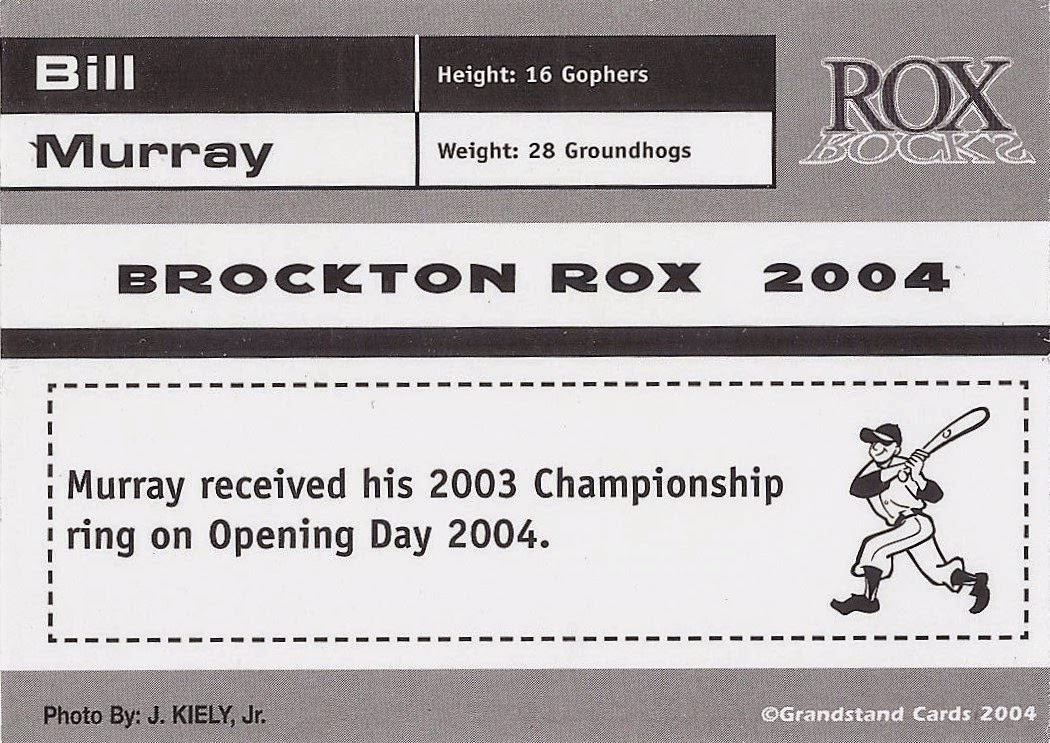 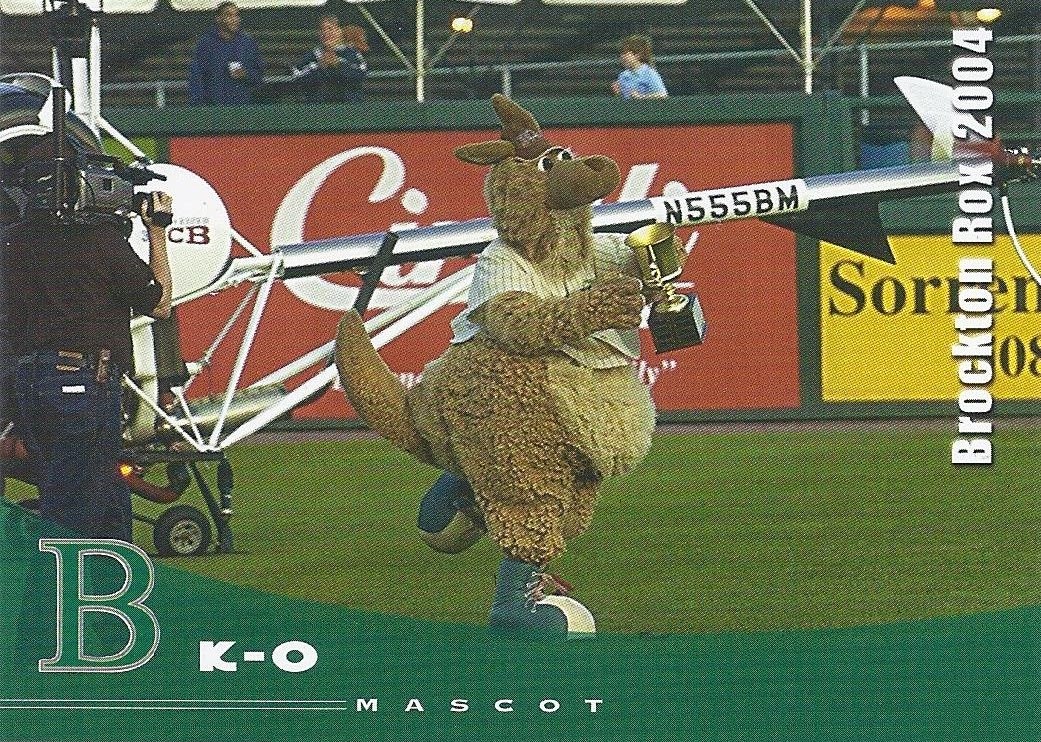 The last card I have for Murray is this card from the 2008 St. Paul Saints team set. Apparently Murray threw balls at someone named "The Sieve" who is really good at catching them? I'm not certain, but I love Bill's mug on this card. Makes me want to buy a ball team. 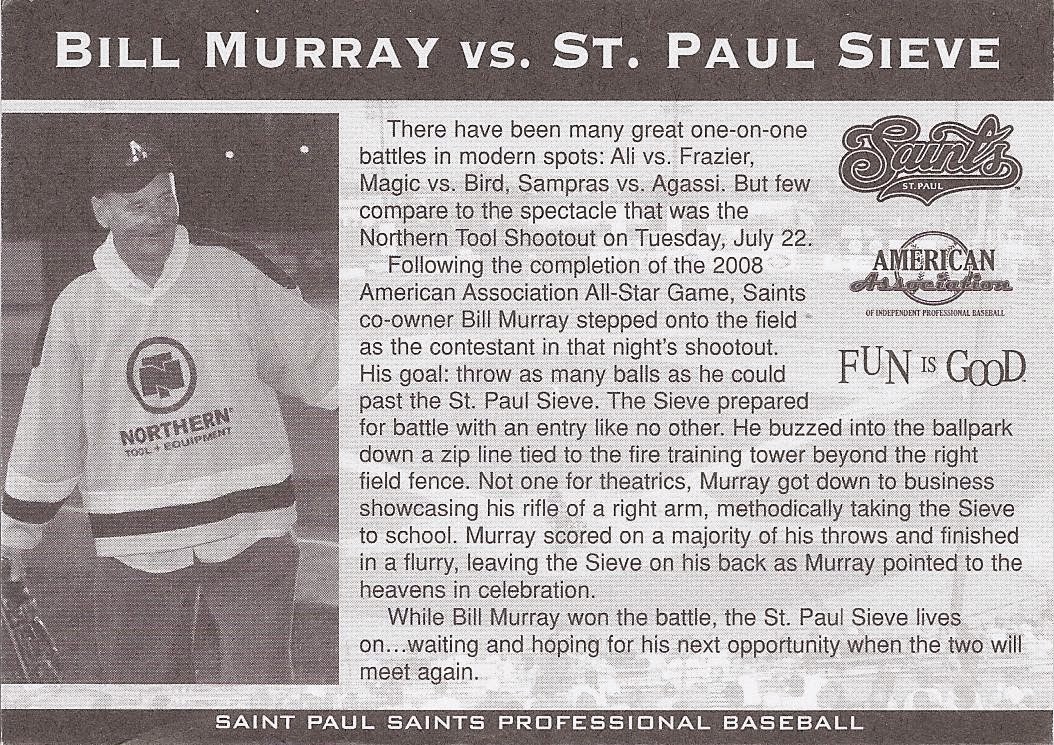 That's the final Bill Murray card, but this set was full of fun treats. 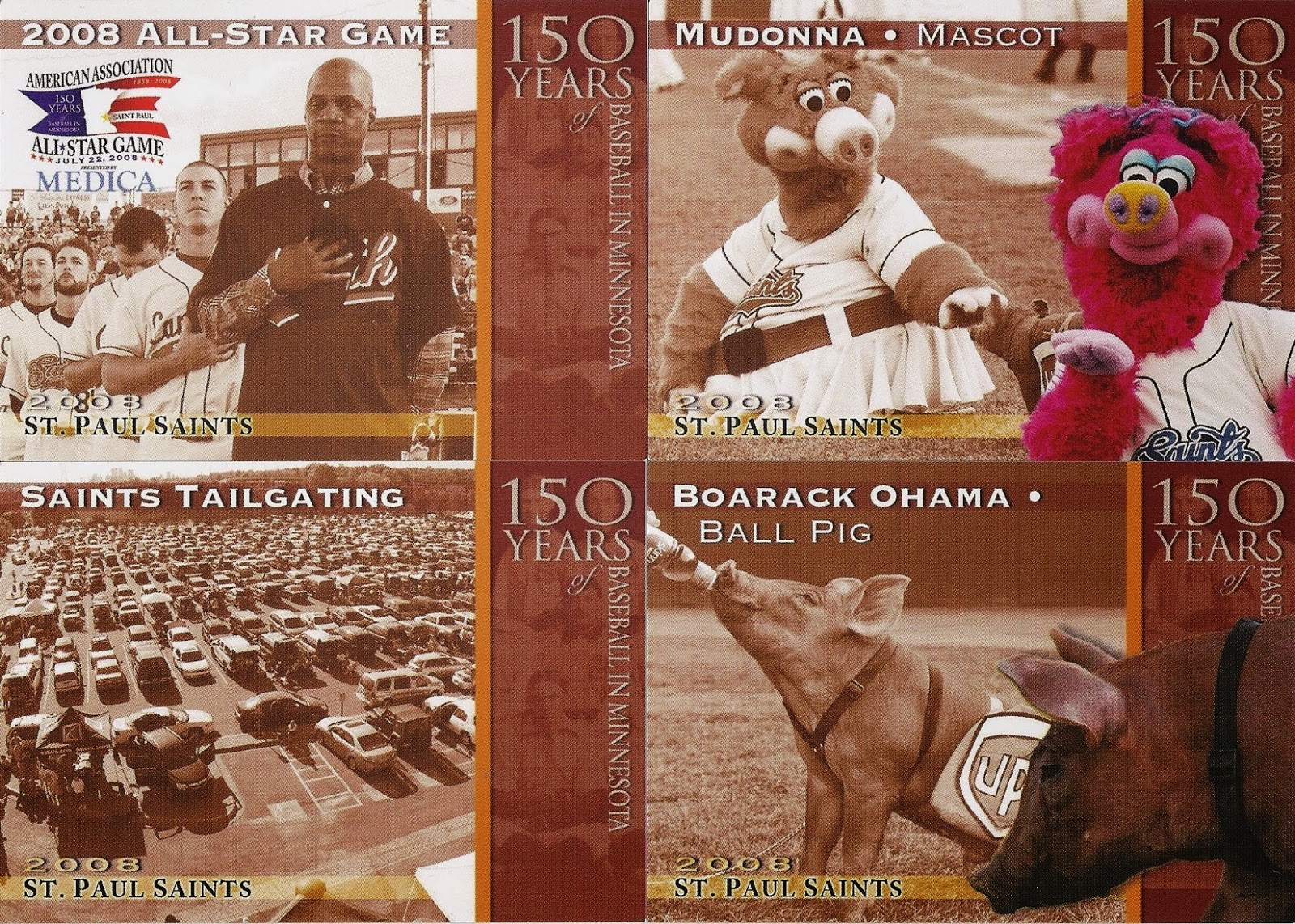 As you can see, this is a set that any Darryl Strawberry collectors out there just have to get a hold of. Here's the back of that Straw just for fun: 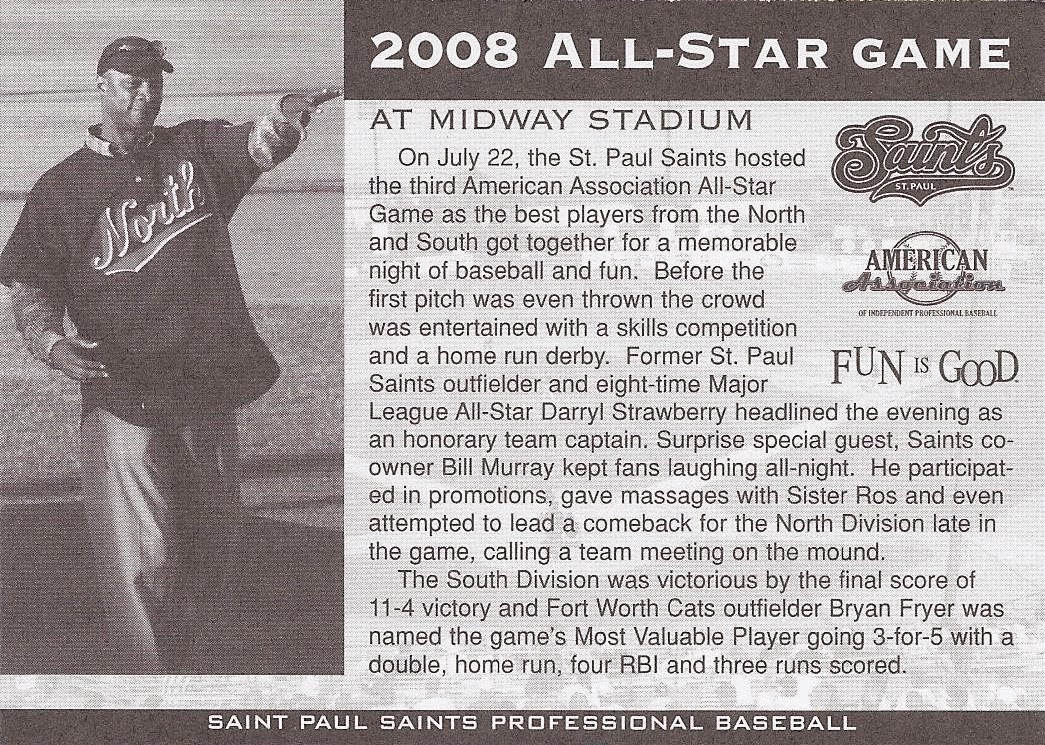 That's it for now. I don't know of any other Bill Murray cards out there. As far as I'm concerned I have every one. If you spot any that differ from these, let me know!

P.S. In case you missed it, here is Part 2 of my Bill Murray PC, and here is Part 3. Thanks for reading!
Posted by The Junior Junkie at 8:30 AM