While searching for something completely unrelated I came across two Bill Murray cards I completely overlooked when making my previous post about my tiny but precious Bill Murray PC. Also don't miss Part 3 which can be found here. Enjoy! 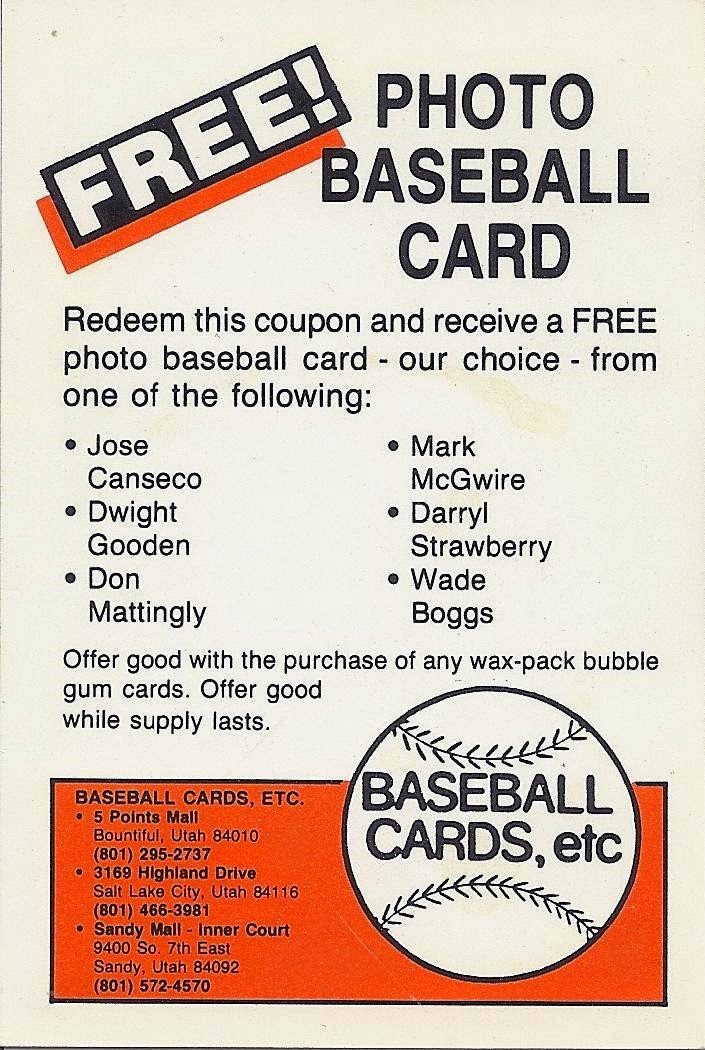 It's true - I don't know the year of this one, but an educated guess puts it in the area of 1989-1990. It was made by the same company as the better-known Trappers card, Baseball Cards, Etc. As you can see it is more narrow than standard cards like it's predecessor, but the less-grainy photography this year leads me to believe this is a slightly later card. It also appears to be far rarer than the 1988 team set card as I've only seen one for sale ever, and you're looking at it. Dig the expression on Bill's face. 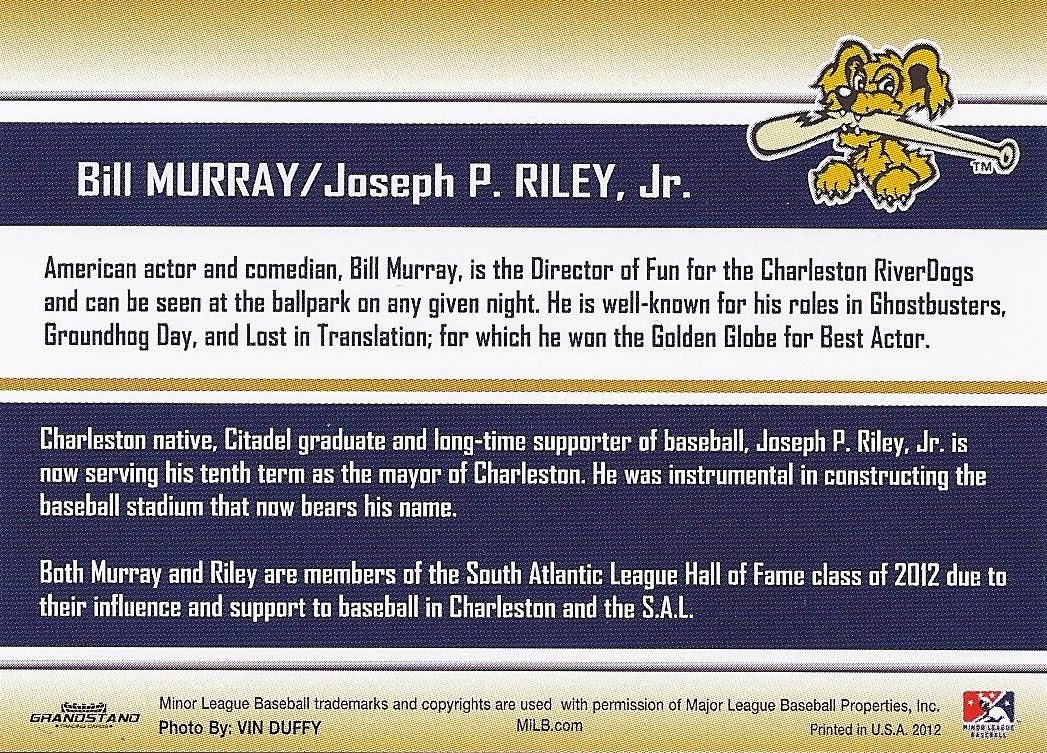 Here's Bill with the mayor of Charleston. I'd completely forgotten I had this one (The Lost Collector as a signed one!). I love this card for the fun photo and positively adorable team logo. It's also the most recent Murray card I'm aware of.

Finally, while it's not a card, it's very much in the vein of all this Minor League paraphernalia: 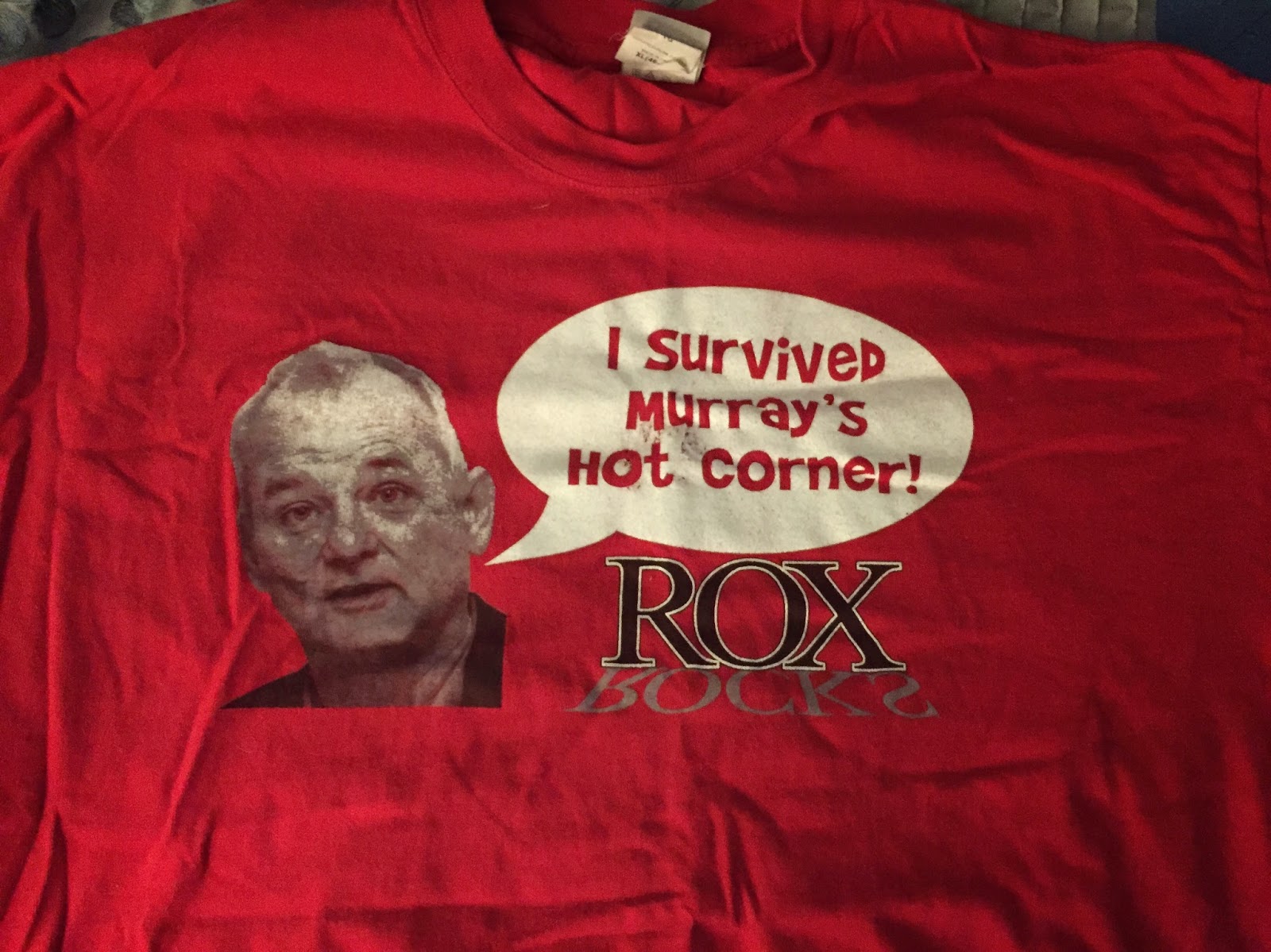 This t-shirt appears to have been a giveaway at a Broxton Rox game. This one is a snug XL which means it's just about right for any occasion. I don't wear it much, but I have and with pride. That's a classic Murray mug right there.

I have another Bill Murray card en route to me now, but it's less a baseball card than a celebrity swatch card. Still, clothing worn by the Murray? I almost have enough for a small altar to the guy.

Thanks for reading!
Posted by The Junior Junkie at 12:14 AM