We found a baby squirrel on the back patio today. 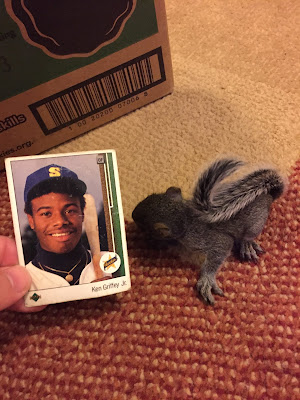 My wife had found his brother the night before dead in the driveway, so we assumed this was the other's brother and their parents were no longer around. The little guy was squeaking his lungs out from under a patio chair. 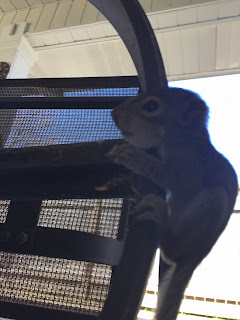 We couldn't just leave him there, so I picked him up and carefully placed in him the garden at the base of the only tree close enough to our house that might have squirrels in it.

A few hours later he was back, squeaking just as loudly as before. I went outside to find him attempting to climb up inside a gutter drain, a feat at which he failed and slid right back down again. And again, I went and placed him at the base of the suspected squirrel family tree.

A little while later, I found him on my neighbor's windowsill. It was getting chilly and windy, and he was clearly getting desperate, so I went ahead and brought him inside. 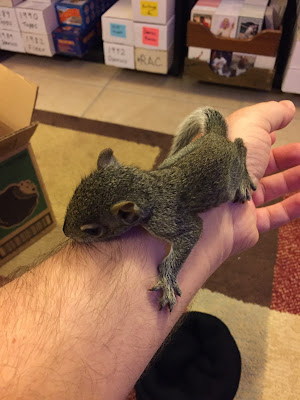 We ended up hanging out for a few hours. He mostly sat curled up in my hands sleeping. At some point I got onto Facebook and started pleading for help, hoping somebody would take him in. I named him Fuzzynuts. 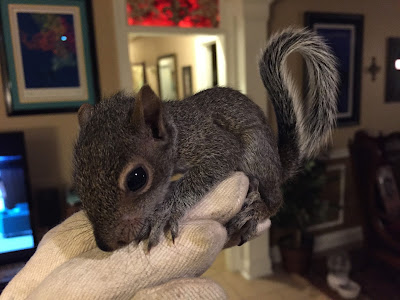 I wore gloves most of the time because he had sharp little claws, but he was gentle enough that I didn't need them the whole time. 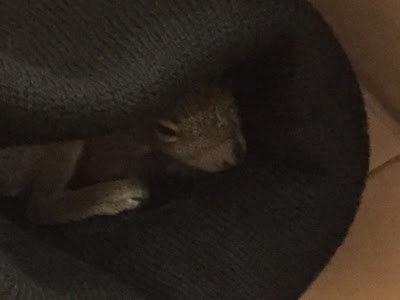 I did, however, eventually have to put him down so I could concentrate on finding him a home. I found a wool cap and set him inside and put that into a girl scout cookie box. He went right to sleep. Within a few minutes a buddy of mine got his friend to agree to come and get him. 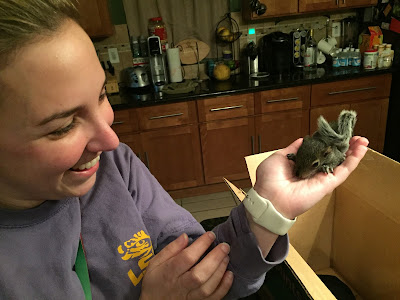 So long, Fuzzynuts!
Posted by The Junior Junkie at 7:48 PM