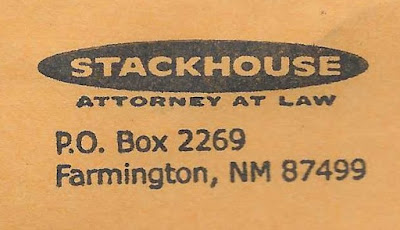 Corey Stackhouse is arguably the most famous of all card bloggers, and for good reason. His Tim Wallach collection is stupid phat, and it's gotten him mentions on every kind of media from television to newspapers, magazines, websites, um, radio probably, Spanish soap operas, fishing shows, and those little TV screens that play commercials at gas pumps. The guy is everywhere.

I send Corey a few Wallach cards about twice a year (I've got some coming your way soon, actually), and he always reciprocates. Here's the latest from Corey: 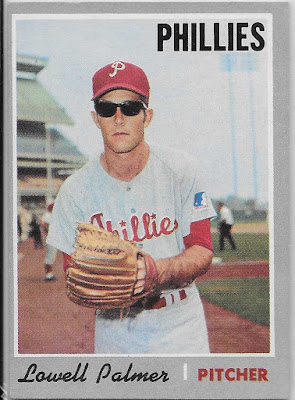 Lowell "Shades" Palmer was baseball's first legally-blind pitcher. He holds the record for walks, fielding errors, and players hit by pitches. He's also the first player to have been signed by a Major League team on a drunken dare.

Not really, but those sunglasses. Geez. 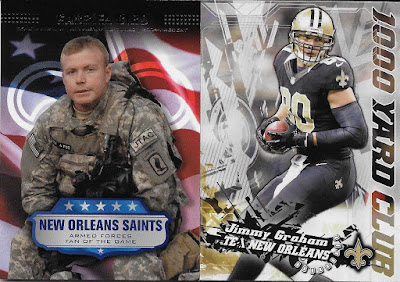 Ah, Saints cards. I must admit that looking through Saints cards from the past few years is bittersweet. Football is not a game where players hang around on the same team for very long. There are exceptions, but there's no denying there's a lot of (far too much, even) moving around. 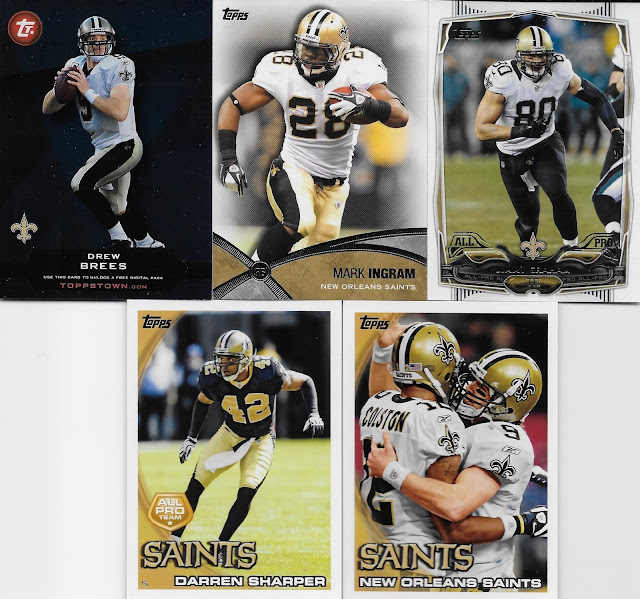 Sharper was a hero here in NOLA until he got in trouble for that thing he did. I honestly can't tell whether I like this card or not. The Drew Brees cards, on the other hand, I love, especially that one with the recently-released Marques Colston who will be sorely missed. And Ingram is still going strong. 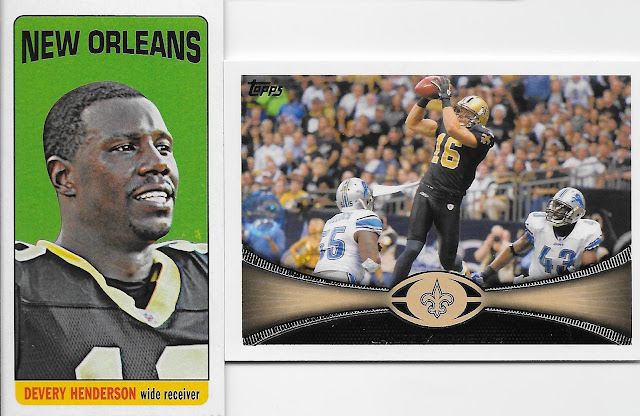 Here are two of my favorite Saints WR's of all time. Devery was an LSU Tiger and caught a pass known as "The Bluegrass Miracle" as well as many other clutch passes in the pros. And Lance Moore was always a personal favorite of mine beginning way back in his first pre-season game. You could tell right away the guy was going to be something special. It was hard to watch him leave.

Expect some Wallachs comin' at you soon, Corey, including one that is crazy rare (though I'm fairly certain you already own it). Thanks again!
Posted by The Junior Junkie at 7:00 AM