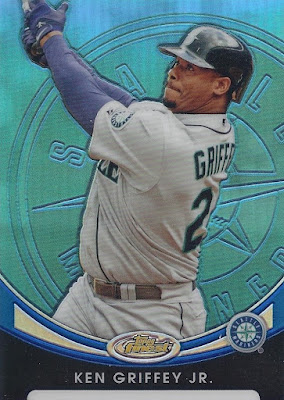 Just three months before Griffey would leave MLB forever he would get his final Finest base card. He would make into a few inserts here and there in the following years as well as a super fun, 10-card, die-cut insert of his very own in 2016; but as Finest doesn’t put retired players into their base sets, this would be the last time Junior would ever have a card there.

It should be noted that the Kid appeared in every Finest base set from the inaugural set in 1993 all the way through 2010 – that’s 18 straight years of Finest base cards. In fact Griffey was the last remaining player from the original 1993 checklist to still appear in the set this late. By 2010 every other player with a 1993 Finest card was retired. That stretch may be some kind of record, and if I had the time you better believe I would look into it further. But, doody calls. 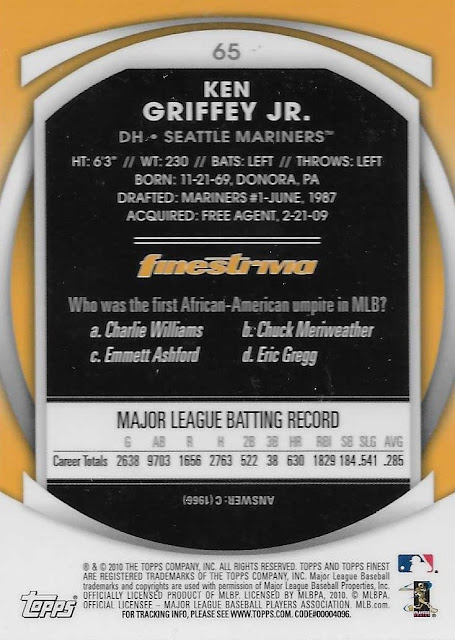 The base design this year is one of my favorites of the 2000’s – a silvery, full-bleed, larger-than-life team logo with the player superimposed over it and a simple nameplate below. I’d like to have seen a player-specific blurb in lieu of that Finest Trivia box, but as a Junior sunset card, we could have done a lot worse here. 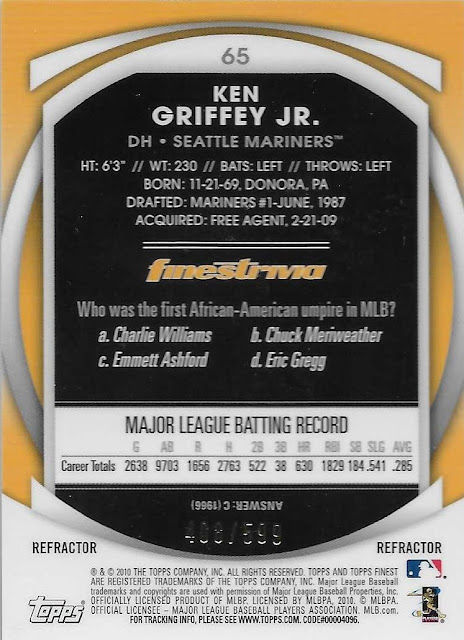 It's really not all that different, but I must admit the silvery logo background works well with the different color refractors: 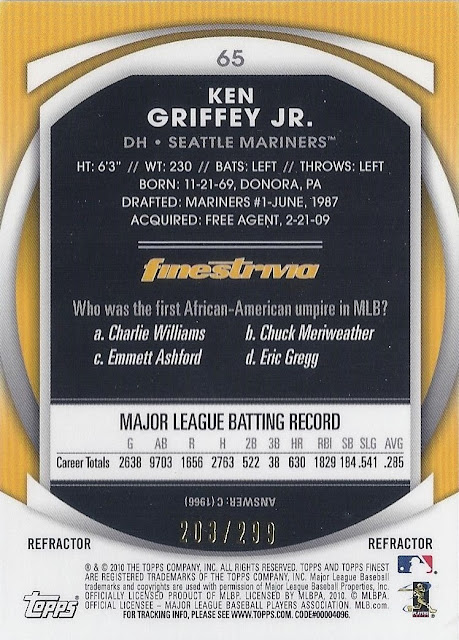 I say that only having the blue, but I can imagine the others look pretty darn good, too. The blue is probably the most team appropriate here, though, so we've got that going for us.

Here are the Griffeys I need from 2010 Finest:

I have a real shot at the Green and Gold, and maybe even the Red someday if the price is right, but I can't imagine ever owning the purp. That's a shame, too, cuz I really want that purp.
Posted by The Junior Junkie at 11:39 PM