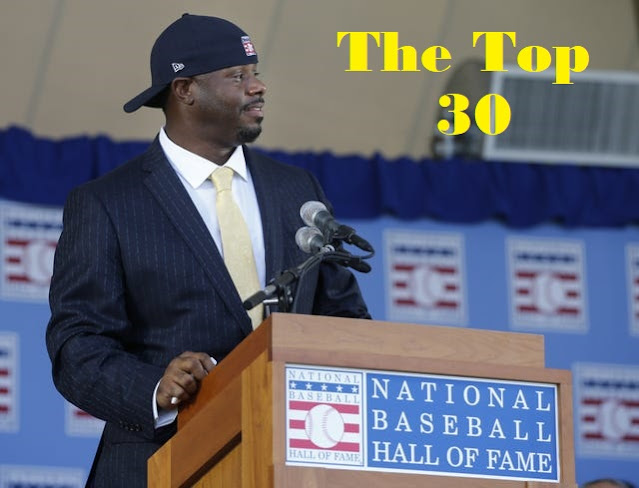 I’m going to let you in on a secret: Being that we are approaching the 10-year anniversary of this blog I’ve been working on a Top 30 All-Time Griffey Acquisitions list wherein I’ll list all the best Griffeys I’ve acquired during the life of this blog. I normally wouldn’t divulge such a big future project so early, but I think it’s a good way to illustrate what kind of collecting year 2020 was. How? Not a single Griffey acquired in 2020 is likely to make that All-Time list.

It’s not that it was a bad year on the Griffey front. Some seriously cool new Griffeys came out (including a slew of great SP’s from Topps), I finally landed several very difficult '90’s inserts that have been on my want list for ages, and I even had a few surprise gets I’m excited to show you. The cards are solid, but none of them is likely to crack that All-Time Top 30. And as has happened before the positions of the top few cards are more or less interchangeable. There just weren’t any big standouts.

Man, I keep making it sound like 2020 bas a bad year or something. Don't worry - there are still some great cards here that I will keep forever. 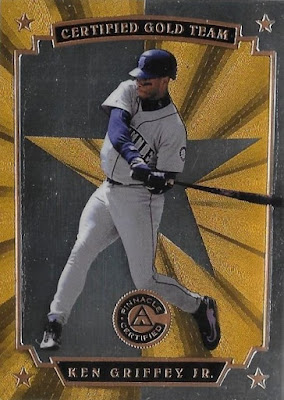 Gold Team is a favorite mostly for that lovely mixture of mirrored and etched chrome. There’s a /25 mirror (refractor) version that is a true white whale for, well, most Griffey collectors I would think. 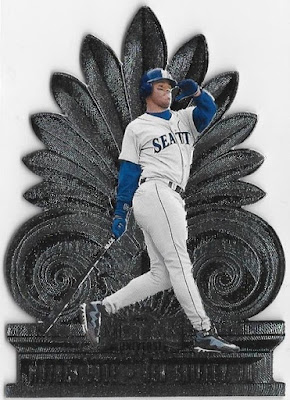 My job as a blogger is pretty easy. I sit in my ivory tower (er, middle-class suburban ranch-style home) and pass judgment on baseball cards, praising some, spurning others, and cracking wise in general. In the course of this job I look at thousands upon thousands of cards. Those which dwell in the extremes of either deep love or deep hate I tend to examine especially closely, searching for imperfections in the former and redeeming qualities in the latter. And the more I love/hate the set, the closer I look.

So when I tell you that 1997 Metal Universe may be the coolest set of cards I have ever had the pleasure of knowing, I want you to take me seriously. It’s frickin' amazing, guys. K? I lurve it. I am sick with unnatural affection for it. I get the butterflies just writing about it.

For a very long time this has been the final card I needed to complete the Griffeys of 1997 Metal, so you can imagine how excited I was to finally land one. Mid-‘90’s Fleer Metal cards have had a pretty major moment all their own in 2020 (thanks, in part, to Michael Jordan) with the common Griffey base cards fetching as much as $50 on eBay this past Summer. They’ve since cooled down to still-unreasonable levels, but I am super pleased to see one of my favorite sets have its moment in the sun – and to finally finish it off. 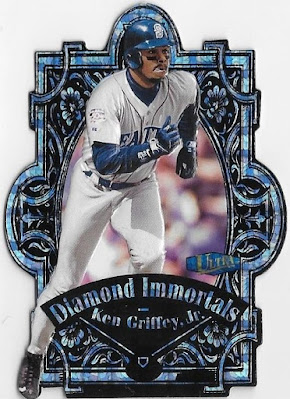 Is there a more iconic die-cut Ultra insert? Starring Role is up there, but the design here is so extreme that it’s hardly even a card anymore. Thing is NUTS. 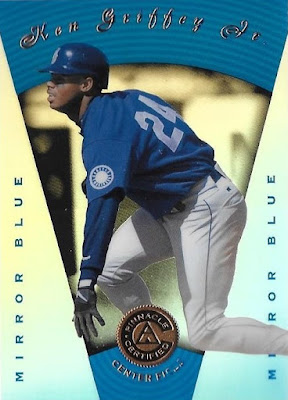 I was lucky enough to land the blue for peanuts just before (like, literally weeks before) the pandemic drove thousands of bored, early-middle-aged ‘80’s babies back into cards. The #/30 Mirror Gold is the big prize, but I like the look of the blue better. That’s what I tell myself, anyway. 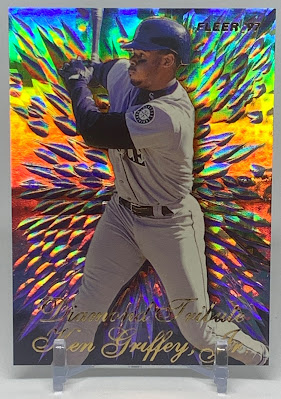 Diamond Tribute was always easy on the eyes, but the 1997 version cannot be topped. It’s another ‘90’s insert that has flown under a lot of peoples’ radar, but in 2020 that changed in a big way. Suddenly everybody wanted one. This theory might be a stretch, but I suspect it has something to do with the sudden widespread availability of light boxes for premium card photography which allowed everybody to see just how incredible this think looks in person. I know that’s when I took notice. While these used to average in the $50-$75 range, they now consistently sell well over $200 and even higher recently. Cards with significantly higher scarcity don’t perform half as well in the market - it just looks that good. 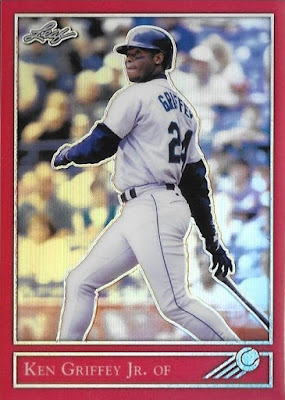 I just love these things, and there’s only two of them. TWO! In the WORLD. I feel like a card noob getting all excited about it, but somehow that concept is more abstract to me than that of a one-of-one. Where in the world is its other? Can we arrange a Parent Trap situation with these? Would they get along? They’d probably fight at first but then grow to become the best of friends. Nay, brothers. 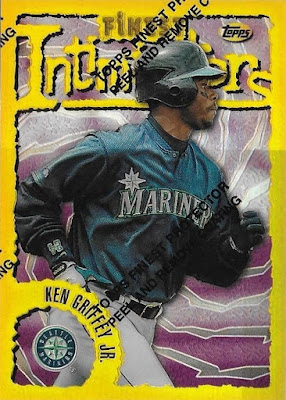 Refractors of all shapes and sizes have had a big year, particularly those from the ‘90’s. This is one of the more desirable specimens from that category. It was the first gold refractor, the first tiered refractor, and the first “case hit” refractor seeded at a whopping 1:288 packs. Even with a print line this card is a treasure. 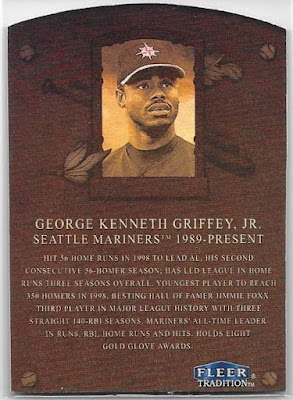 This is the unnumbered version meaning it was more than likely backdoored when Fleer went caput in 2005. This one is a slight upgrade in that many of those backdoored versions were not die-cut or embossed, and this one is both. So it’s as close to the real deal as you can get without a serial number.

It’s a WOW-FACTOR card. One of those cards you can show anyone and they’d be like, “Daaaamn.” Just look at the names: crying meme guy, lisping ear-biter, that hockey man with the hot daughter, and Buccaneer’s great Tom Brady to name a few. A little something for everybody on this bad boy.

For this year’s top spot, I had to go with my gut, and my gut really likes 1989 Donruss. Behold! 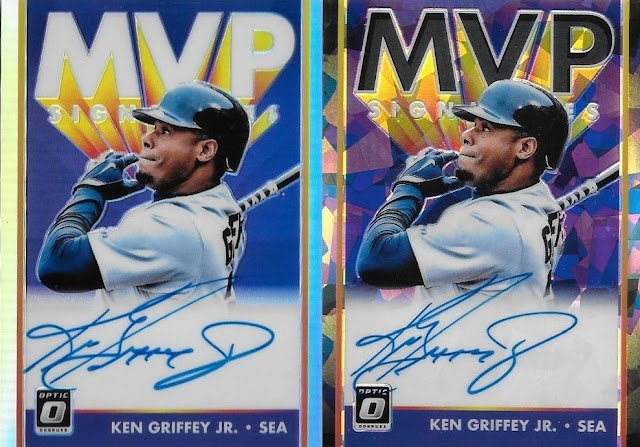 No, it’s not the most expensive nor the most objectively desirable card in this list by a long shot, but it is one of my personal favorite autograph issues of the past decade.

You can chalk it up to this being MY blog and having my own permission to be as subjective as I want to be. Since my first DAY as a card collector and Griffey fan, ’89 Donruss was my set of choice. I’ve built at least a dozen base sets over the years, only retiring this time- and space-intensive sub-hobby earlier this year (I did save a few completed sets, but that gigantic rainbow-riffic box of base cards is gone).

So the ’89 set had that amazing MVP subset design with the color-gradient “MVP” coming at you from a blue background (also the same color palette of Micro Machines blister packs, btw). This design is burned into my psyche. It’s one of the images that flashes before my inner eye at the mere thought of the concept of baseball cards. It’s fun and exciting and just exactly what an 80’s kid wants in their graphic design.

Obviously Junior never got an MVP card in this design (when these were printed he hadn’t yet had the opportunity to be MV-anything, and barely a P at all), so when these dropped in last year’s Optic set I went all fanboy. And it’s on-card! There are multi-thousand-dollar ultra-premium triple patch 1/1 auto’s that can’t make that claim.

These come in an array of colors (I also picked up the #/5 Black Ice version, but frankly I actually prefer the plain-Jane regular version as it is truer to the original 1989 MVP subset). Part of me wants to build the rainbow, but the other part is paying private school tuition for two little boys. Odds are I will just stay happy with my two colorways.

Speaking of little boys, here's my ACTUAL #1 acquisition of the year: 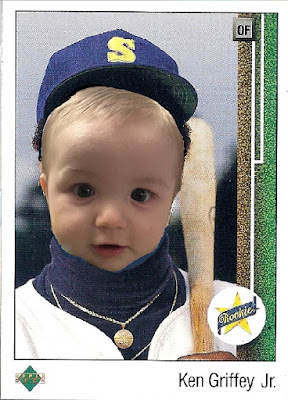 This rookie is probably going to keep blog posts few and far between for a while, but I won't go away anytime soon. It was still a great year for the blog, after all. I got back on pace and put out a ton of content, covering big, complicated sets I never thought I would get to (I had a ton of free time in which to do it, of course). Whine as I may, I'm pretty pleased with how 2020 turned out on the card front. Other fronts are up for debate.