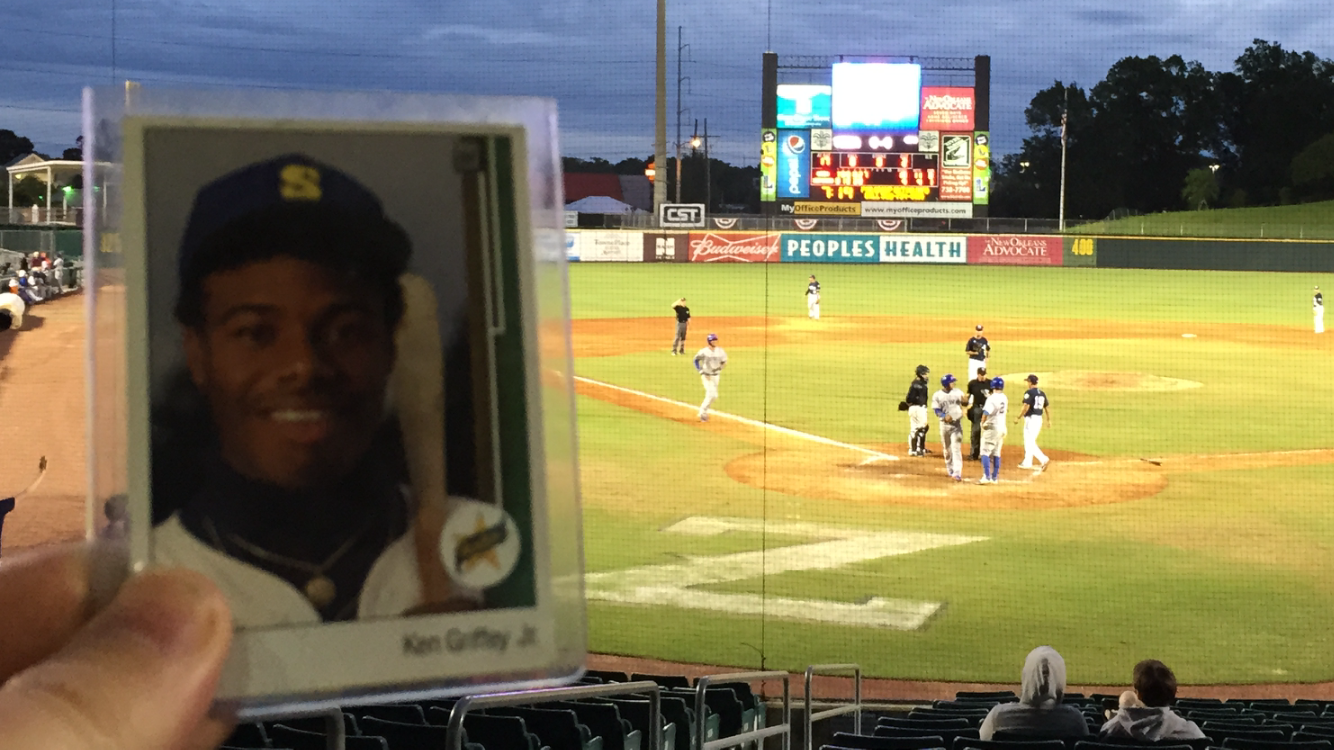 See that guy jogging home after a three-run dinger? That would be the much-hyped Kris Bryant. Kris played what may be his last minor league game in a while last night against the New Orleans Zephyrs just a few blocks from my house. And despite balancing a big basket of chicken fingers on my lap, I was able to squeeze the ol' Wallet Card in there for his trot home.

I knew he was getting called up very soon, but I had no idea it would be so soon after his last AAA game. Kris played today, going 0-4 with three K's, I would not have expected such an outcome as that home run last night was on the very first pitch of the at-bat. He made it look really, really easy. 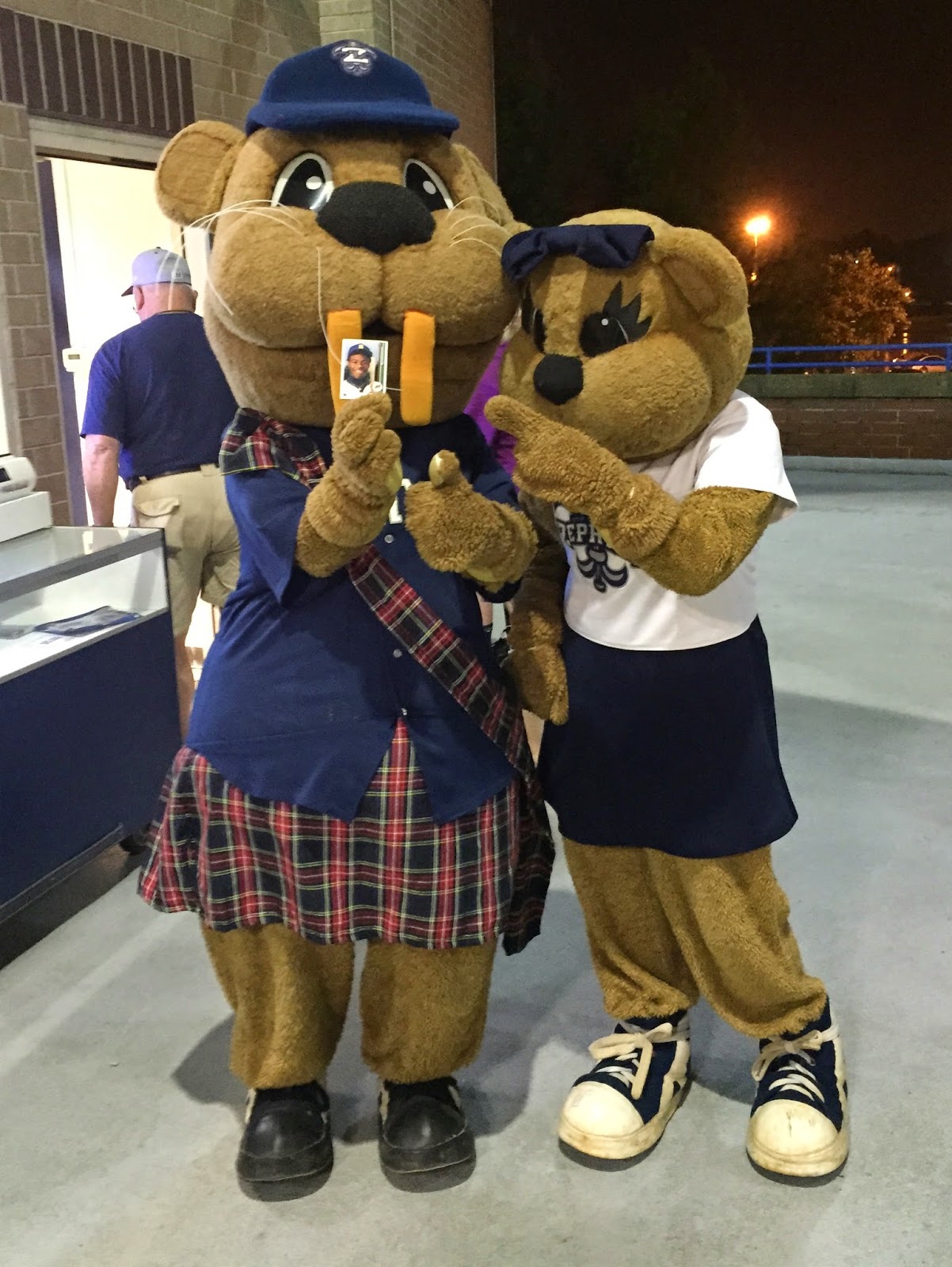 Happy Kris Bryant Day from Boudreaux and Clotile Nutria.
Posted by The Junior Junkie at 7:19 PM