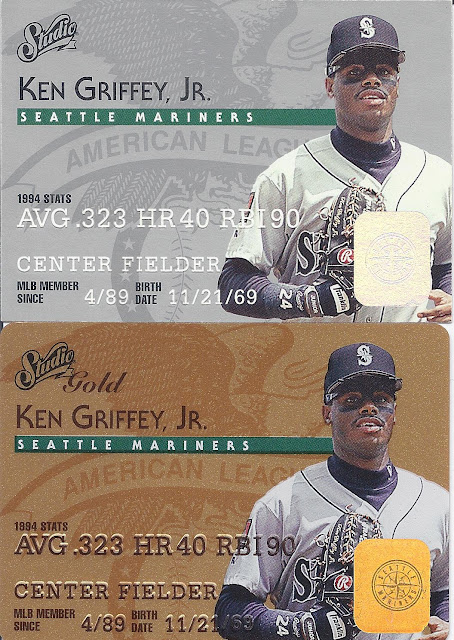 In my collection: 2 regular, 1 gold, 0 platinum :-(
Griffey looks: confident
Is this a good Griffey card?  Yes.  Gimmicky but well done, assuming it doesn’t remind you of your crippling credit card debt.
The set: OK, I’m the first to admit that if there was an article in the encyclopedia about gimmicky baseball cards, there would be a picture of Studio ’95.
But you know why I like their 1995 set?  It’s so darn cool, especially to a kid.  The stats raised like a credit card number, the holographic team logo, the “member since” line, the simulated magnetic strip, the signature bar.  You’ve got to admit, these little details are clever.
Then you have the parallels made of hearty but flexible plastic that you could bend and wobble and handle with childish roughness with no consequences.  You could even keep the thing in your wallet and not think twice.  They were a breath of fresh air in a hobby built around frustratingly condition-sensitive little paper cards.
And now to the Griffeys: 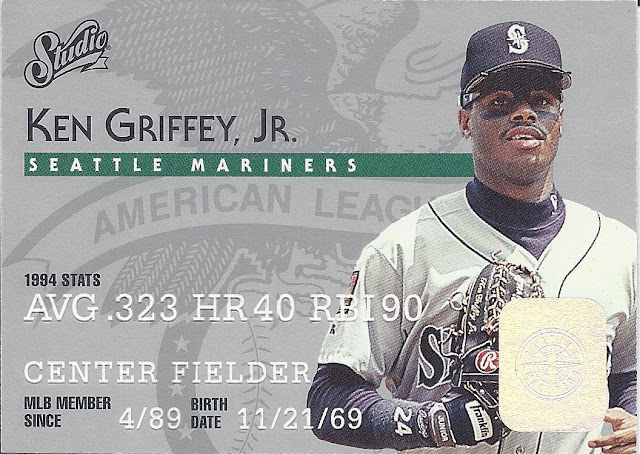 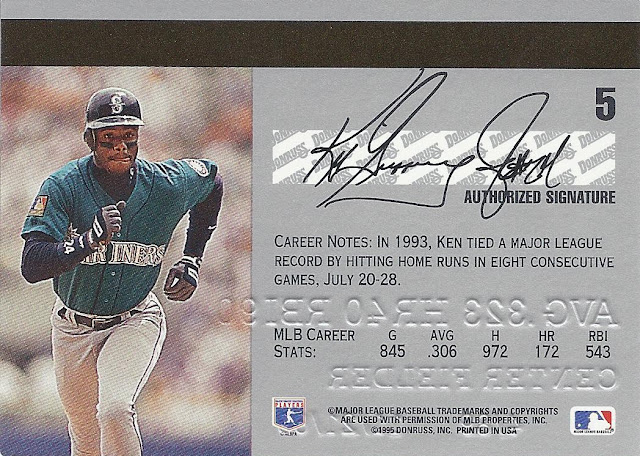 Griffey looks confident, brazenly jogging back to the dugout from an inning at center field.  You have to be pretty confident to pull off the flip-up lens thing.  This look can be pretty "yikes" on everyone but the Kid.
The regular card is the only one that you could damage with any ease.  These were printed on paper stock with only slightly raised lettering on the front. 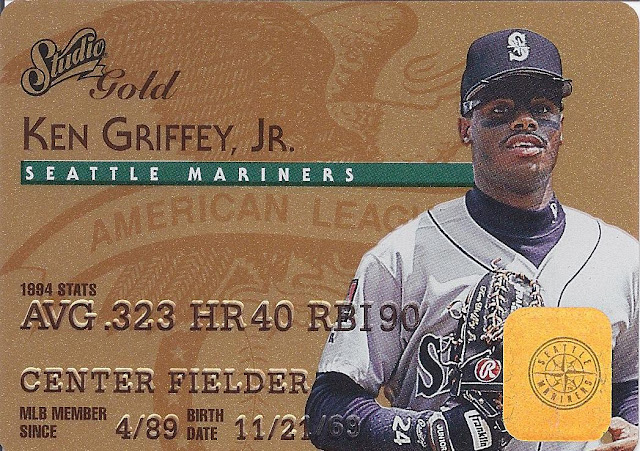 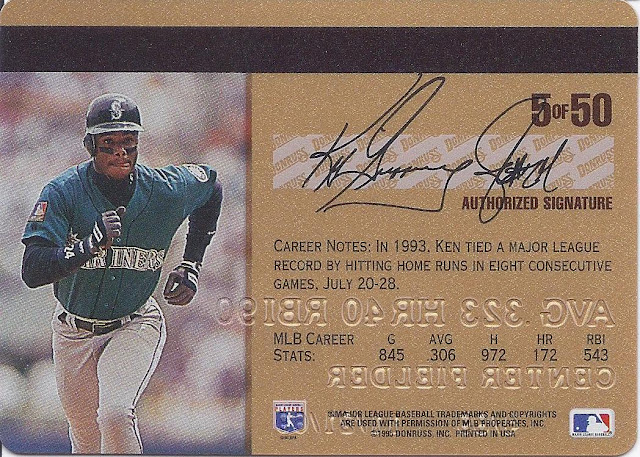 The Gold parallels appeared one per pack.  They were printed on relatively thick plastic with more heavily raised lettering.  They only made gold versions of the first 50 cards in the base set.
There is also a Platinum parallel that appeared 1 per 10 packs.  These were made for only the first 25 cards in the set.  They are exactly like the Gold except that they are the same color as the base set.  I don’t have one, but here’s a pic from the Interwebz for your enlookment and checkitoutitude:

Studio ’95 had an MSRP of $1.49 per pack, but I seem to remember paying more for the novelty.  I’m glad I did.  All the Gold parallels I pulled are still mint, which is crazy because I use them to scrape dried pine sap off my windshield.


The Studio brand has always been polarizing, but they’ve also had some absolute homeruns.  Remember their very first set from 1991?  It was really weird and full of awkward moments.  Now think of Studio '93 and '94.  How nice were those?  Mm-hmm, pretty nice (don't worry, I'll eventually cover both sets).  It's easy to be ambivalent towards a brand that runs as hot and cold as Studio.