I’m not a set builder, but I’ve made exceptions before.

I started building the ’89 Donruss set as a kid and never really stopped.  I still have a massive box of these base cards in an ongoing attempt to build as many sets as I can before I die.  I’m up to almost 2. Shameful.

I build Topps base sets as they come out just to stay up-to-date on the card market and because it’s great for trading.

I was halfway through completing the ’89 Upper Deck base set when I found the complete set minus the Griffey rookie for eight bucks.  Mission accomplished.

I recently completed the 1995 Leaf set by buying two boxes (one of each series) online and putting it together myself with a little help from some other collectors.  My purest set build yet.

I’ve also picked up a few complete sets through the years from card shows and shops, most of them overproduction-era and under ten bucks.

Despite all this, I still don’t call myself a set builder.  And yet there remain a few sets that stick out in my mind as real gems of the hobby that are cheap and accessible enough that I can’t justify not going for them.  Set building is, after all, the soul of the hobby – how can I not participate in that?

So I’ve made a few purchases online: 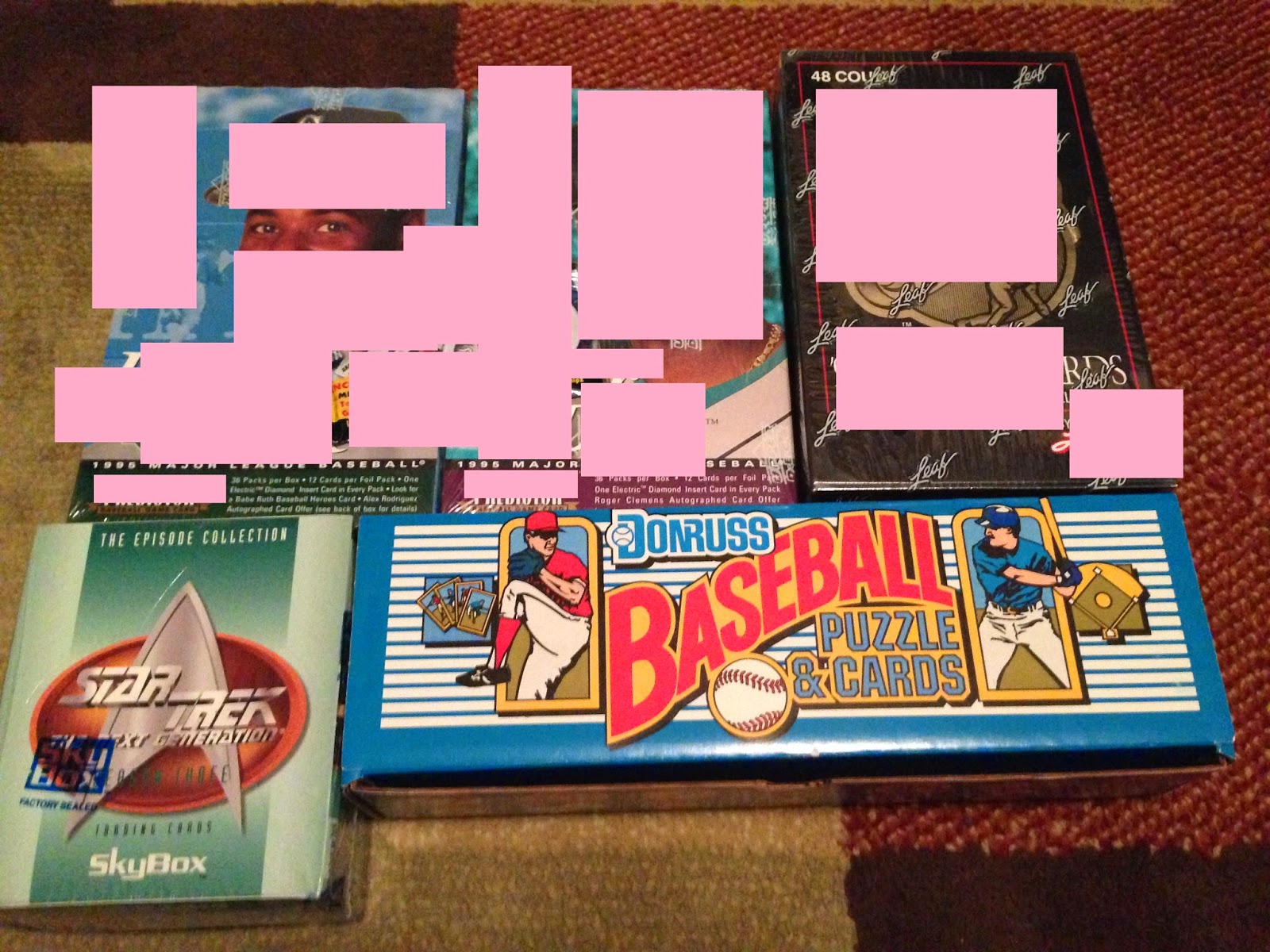 Here you can see some of the goodies I ordered.  There’s an ’89 Donruss set (seemed like something I should have anyway) and a box of Star Trek: TNG Season 3 (perhaps the slipperiest slope in this picture). There are also three other boxes that will comprise my two newest set building efforts.  I've hidden some of them with pink boxes.  Can you guess what they are?  As well as you guys tend to know your cards, I’m going to go with probably.

Coming soon: a couple of epic box breaks I’ve been fantasizing about since adolescence.  First I've got a plethora of trade packages to send out.
Posted by The Junior Junkie at 11:31 PM