Those Major League Cards and Why They INFURIATE ME 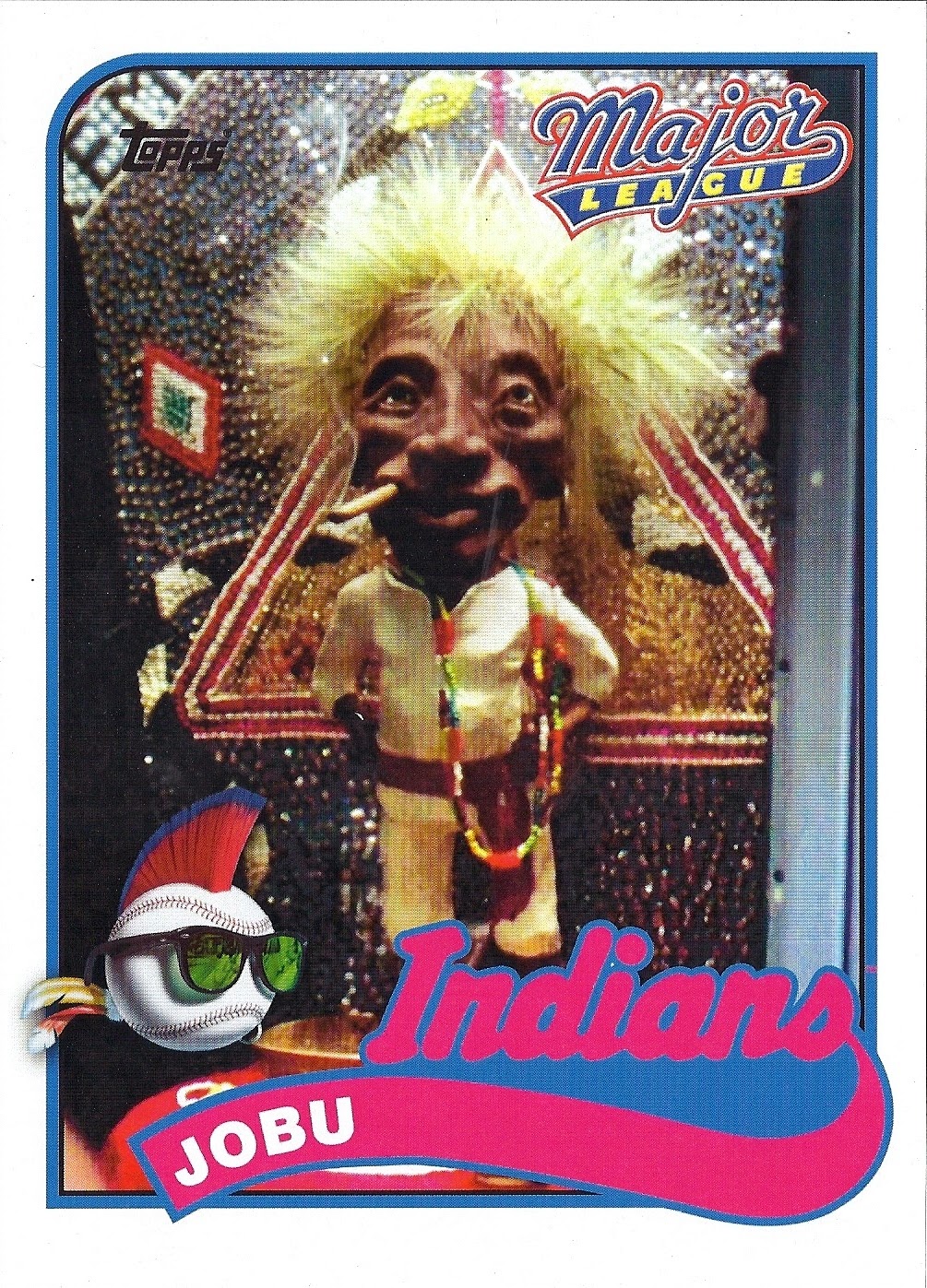 Man, that is a sweet card, and look at the size of this wax pack: 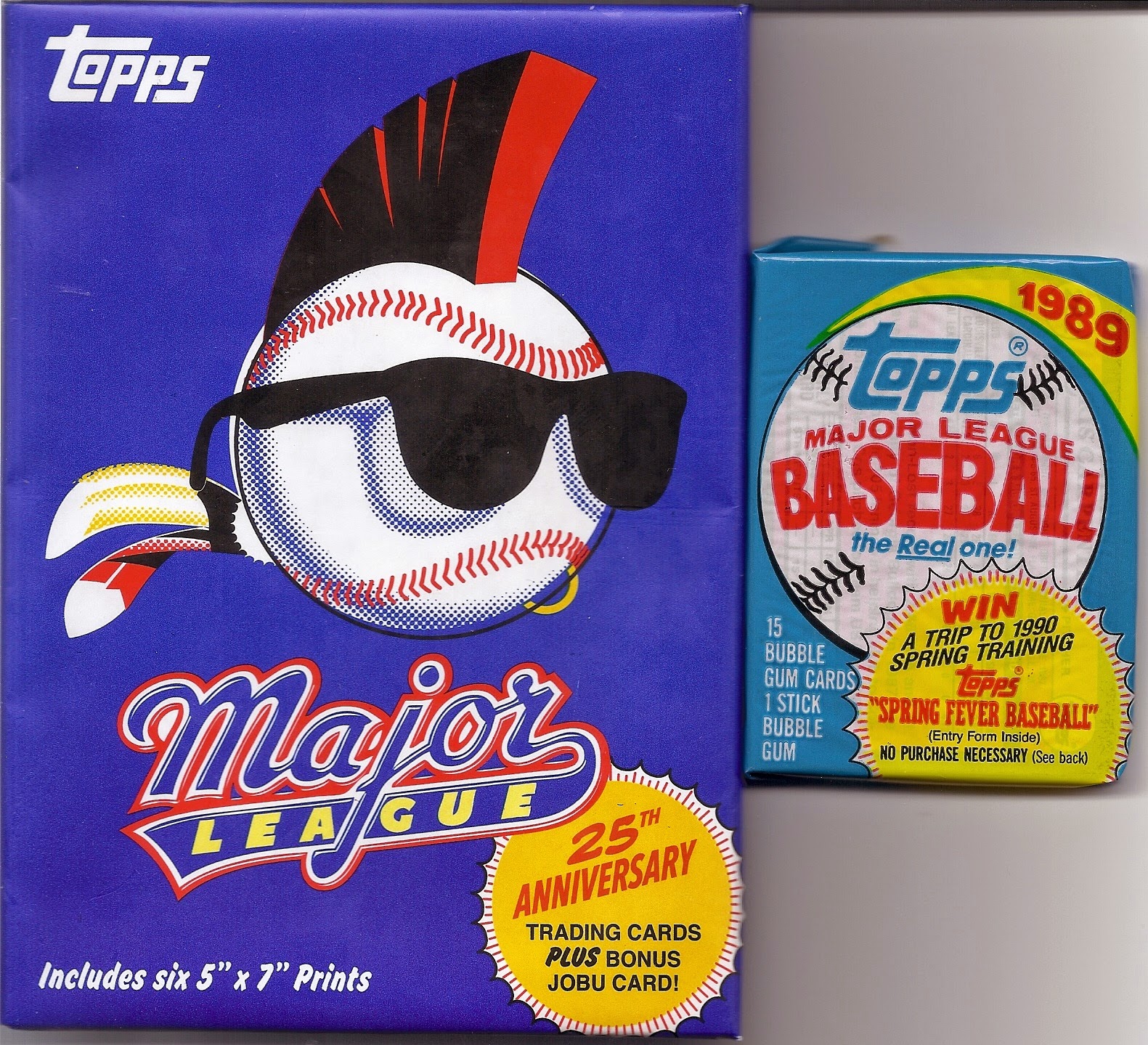 It's a 5x7 wax pack, guys.  Huge.  Surreal to hold, it's colorful, beautifully printed, soft to the touch, and peels open with ease and with minimal damage to the pack.  It's like a hipster maker art project.  Amazing. 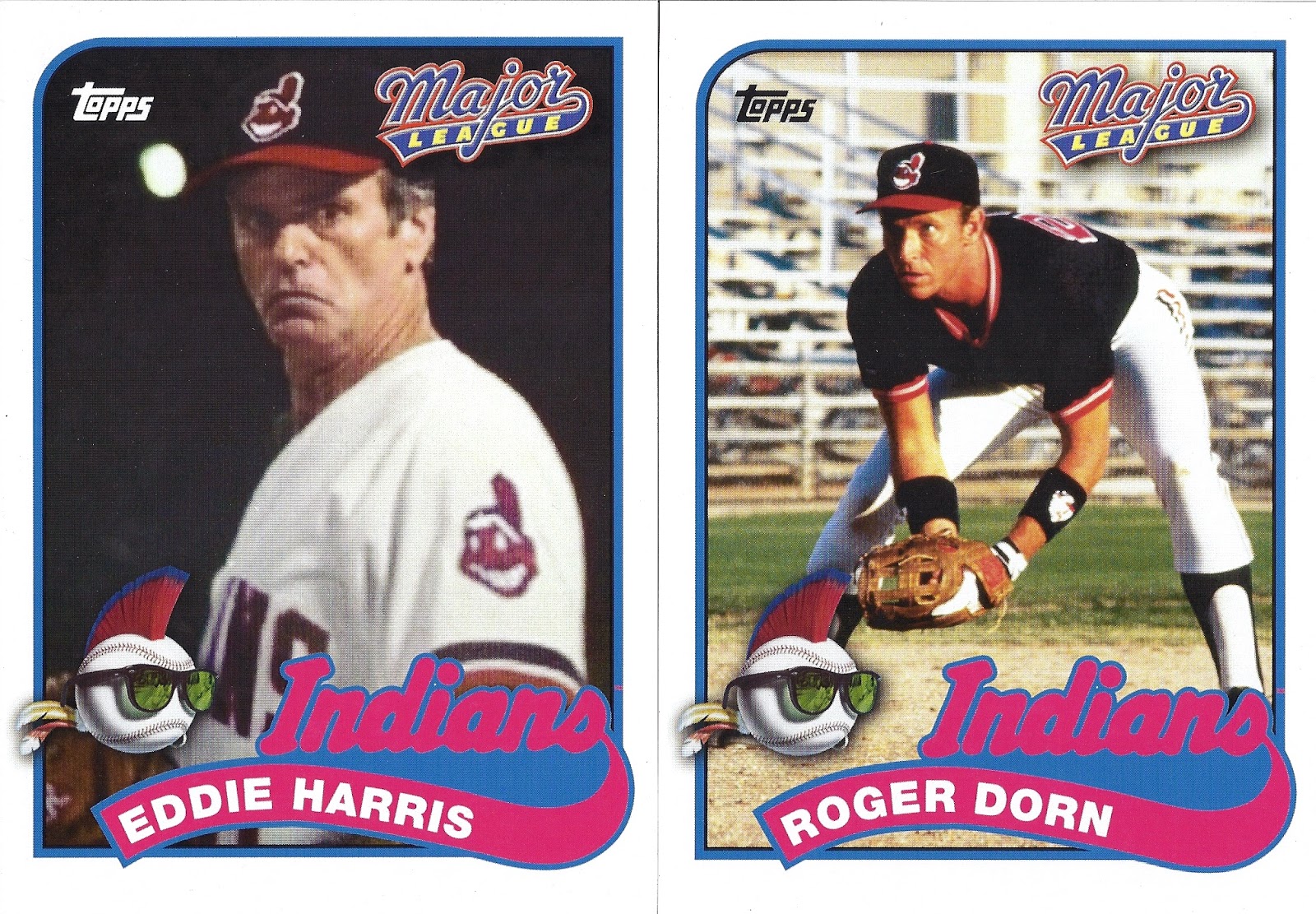 The cards are huge but solid.  I would like to be able to pull these from a pack, but I haven't seen any Archives for sale.  Not once.  Why?  Because this insert is so cool and original that everybody is snapping up boxes as they arrive at my LCS.  See that, Topps?  Make something cool and original and people buy it.

Anyway it's jumbos for me, but that's not why I'm so angry over this set. 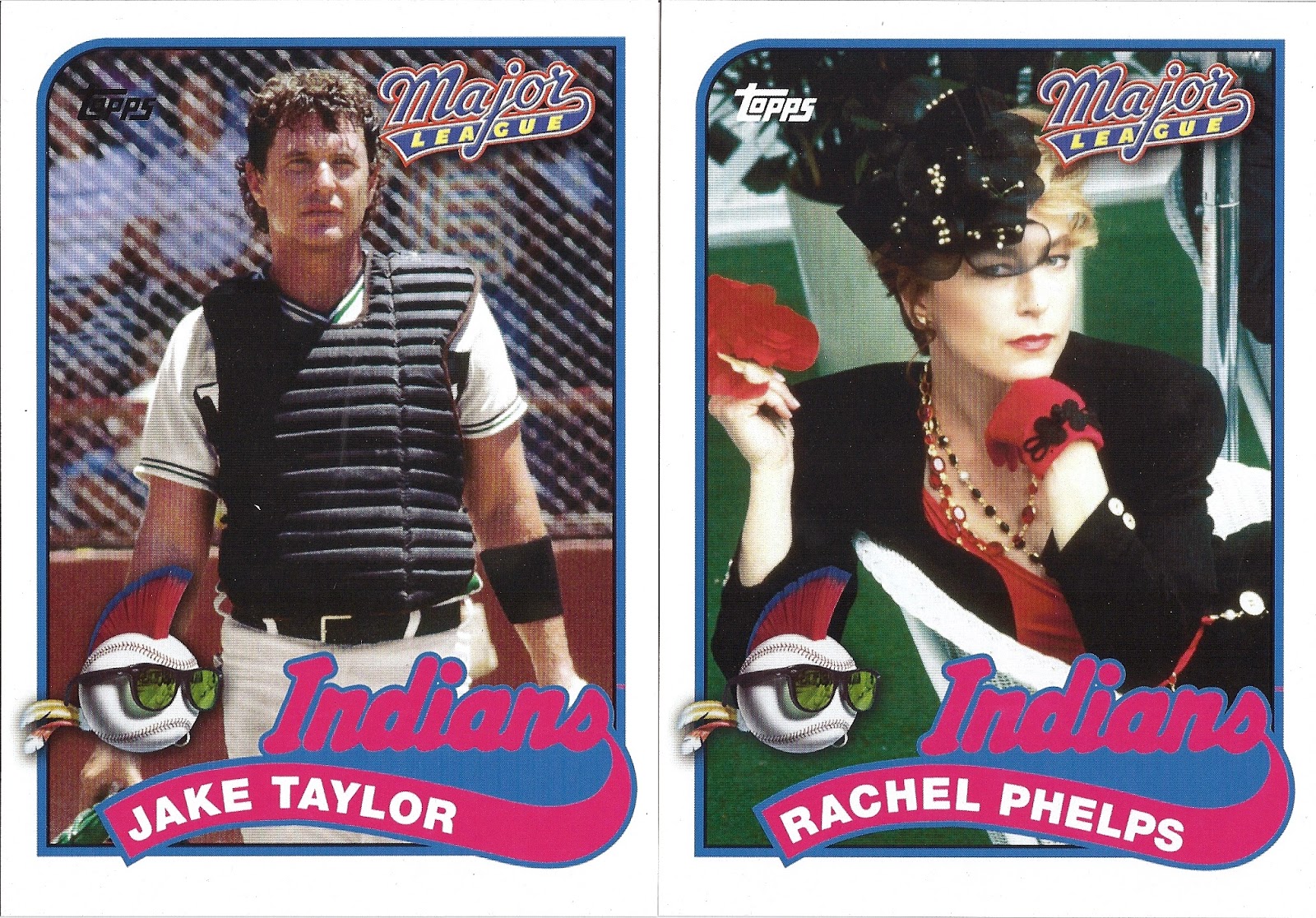 I'm a little surprised Ms. Phelps got a card over the hilarious and perfectly-cast coach played by James Gammon.  He's definitely my favorite character.  Cerrano and Hayes would have been nice to see, too.  What I really would have liked is a card of that standee with the removeable clothes.  Ahem.

Still not why I'm angry. 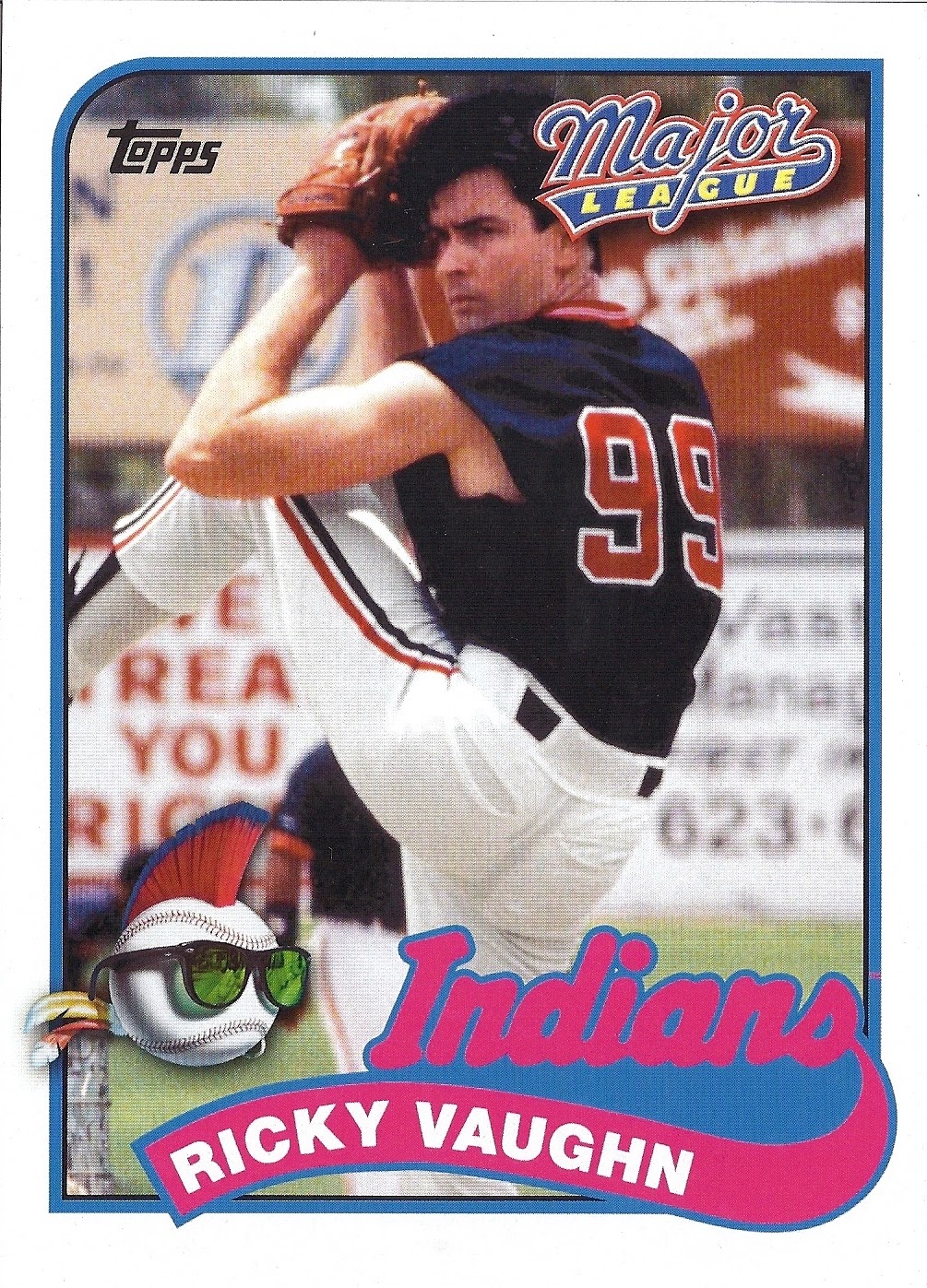 Some might think that this is the best card in the set, but we know they're wrong.  Jobu is the obvious star of this show even though he's only available in jumbo form.  Here's the back of Jobu's card:


OK, look - I'm utterly impressed by this insert.  I can't believe someone at Topps even made it happen.  It's just so original and....I mean, who works at Topps that did this?  When did they start?  Originality at Topps.  Topps: you know, the guys who recycle the same photos over and over?  I just....I can't.  I can't even.  I just can't.  Frankly, I'm pissed.

Here's why: when I was in high school I got a 29 on my ACT's.  This is not me bragging - I'm making a point.  29 is pretty good, so you would think my parents would be pleased.  My Dad almost killed me.  He said "If you're this smart, why are your grades so bad?"  He had me there.  Laziness.  There was no other excuse.

This insert is bloody genius.  It has people who haven't bought a pack since childhood or that never even collected cards busting $5 packs.  I can't even find packs to buy, and I collect baseball card actively.  So why don't we see great stuff like this ALL THE TIME?!?  I look at these and all I feel is frustrated - maybe even a little bit cheated.

Don't get me wrong, I've seen some neat stuff from Topps in the last few years, but the fact that these cards exist...I just....I thought it was a rumor, you know?  I thought, "Yeah, right, somebody photoshopped a few Major League cards and are trying to pass them off as genuine Topps cards.  They would never do something this cool  Psh, not fallin' for it."  I shouldn't be thinking that.  I should be thinking, "Of course, another fresh, brilliant card idea from the exclusive Major League license-holder.  They did it again."  I never think that.  Not ever.

So do I get my hopes up now?  Is everything going to change?  I don't know what to think.

Shame on you, Topps, for showing us how awesome you can be.
Posted by The Junior Junkie at 9:54 AM