Check out Part 1: The Set and Part 3: The Griffeys.

Note: team collectors out there who are in need of cards from this set should contact me for a trade sooner rather than later while I still have my dupes separated from the rest of my trade cards.

I busted all these packs in hopes of building one of my favorite sets of all time: 1995 Upper Deck.  I spent a lot of time dividing, and sorting; and by the time I was finished these boxes looked like this:

I grouped them into runs of 50 by card number plus another pile for inserts and parallels.  First we'll look at the Electric Diamond Silver (1:1 retail) and Gold (1:36 retail) parallels.  If you're like me, you're wondering what goldies I pulled.  Wonder no more: 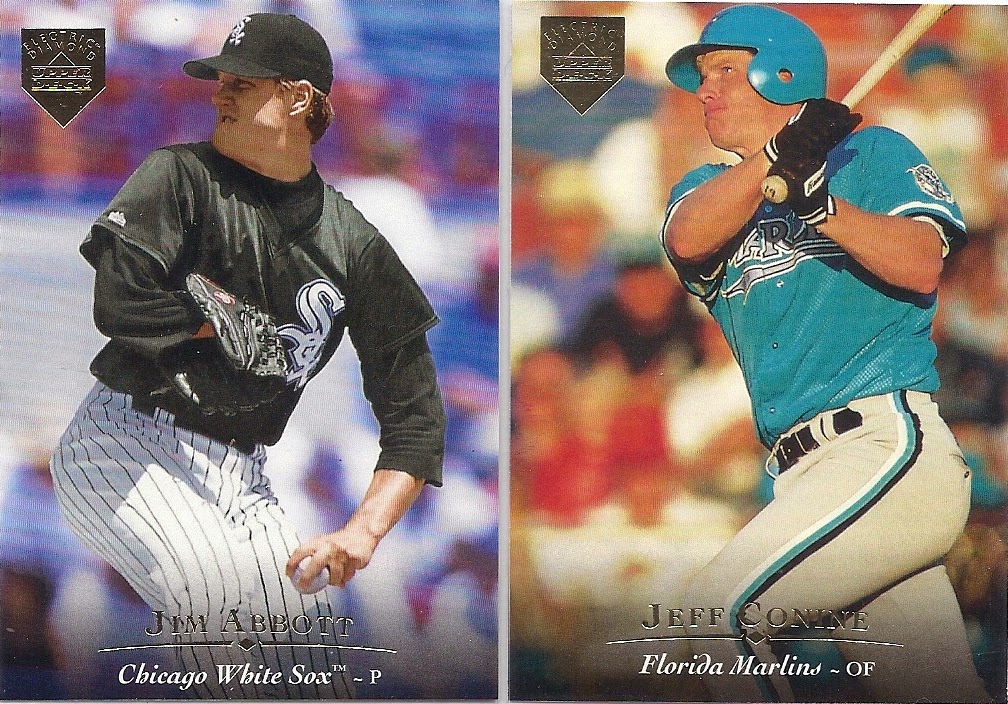 Gotta say, pretty solid.  I lucked out with a pair of 90's stars.  I received 72 silvers, so I'm only going to show you a few favorites: 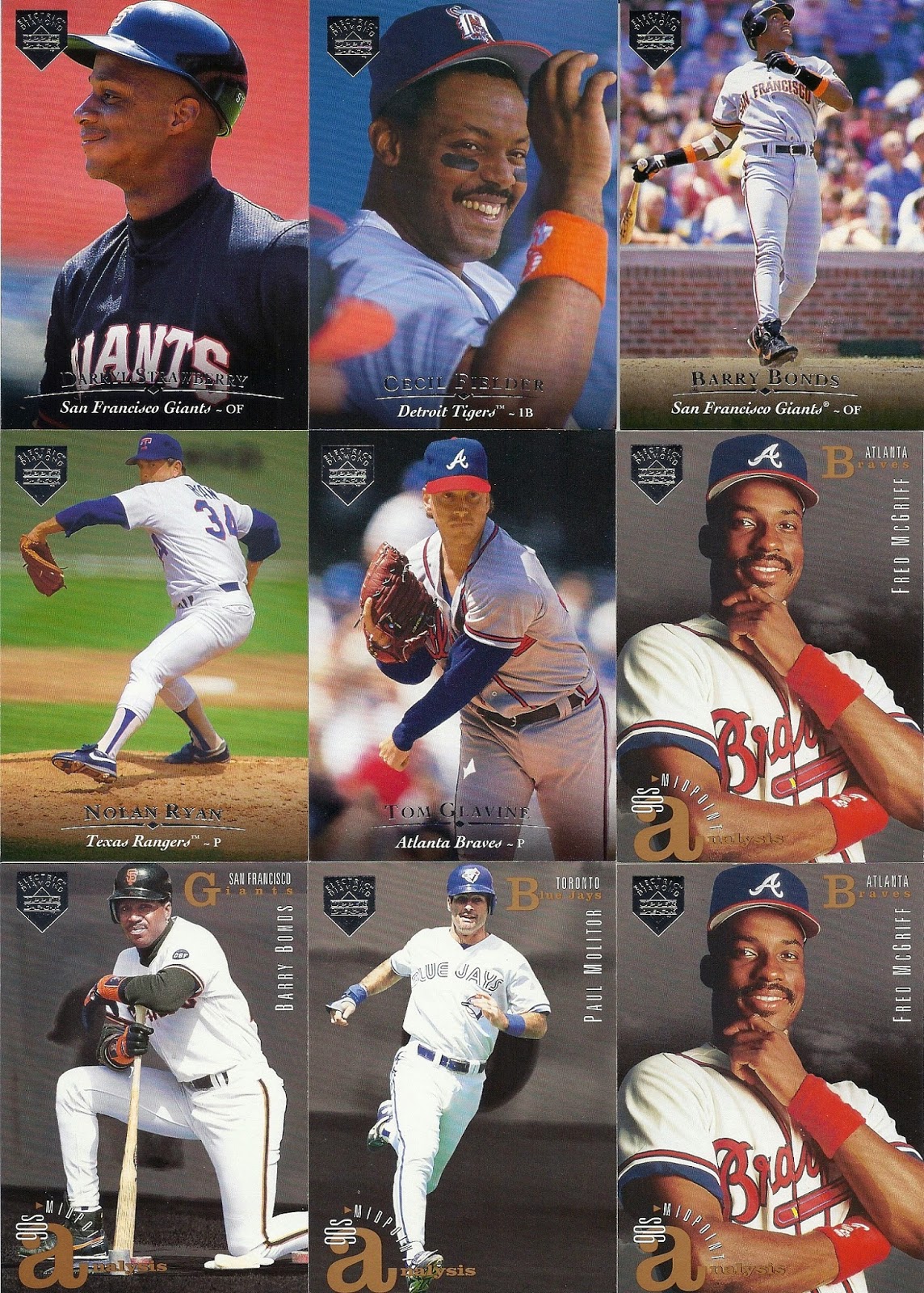 See?  Nolan's Final Tribute banner goes bye-bye on his Electric Diamond card.  As much as I'm not much of a collector of Bonds and the Straw, they have some of the best-looking cards here. 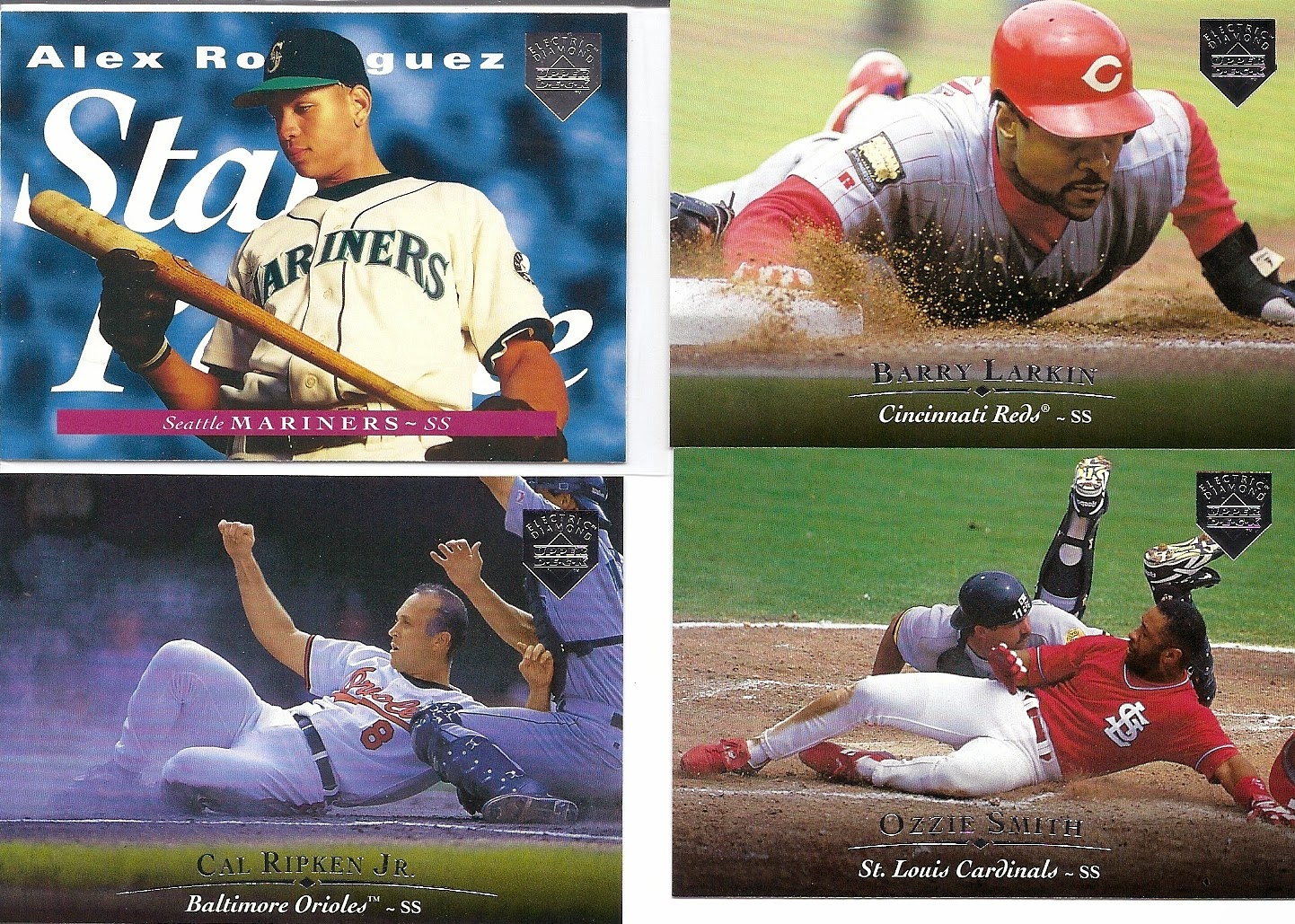 Hey, that A-rod is actually worth a couple of bucks.  Used to be, anyway.  Lots of great slides here, especially dusty Cal.

The Series two box did one thing right: it gave two predictor cards instead of one.  These are all the "League Leaders" Predictors.  "Award Winners" Predictors came from Hobby boxes only.  I got no winners, but if I had I'd have been able to send it in for a special redemption set of Predictor cards 18 years ago.  The foil on these is gold in series two. 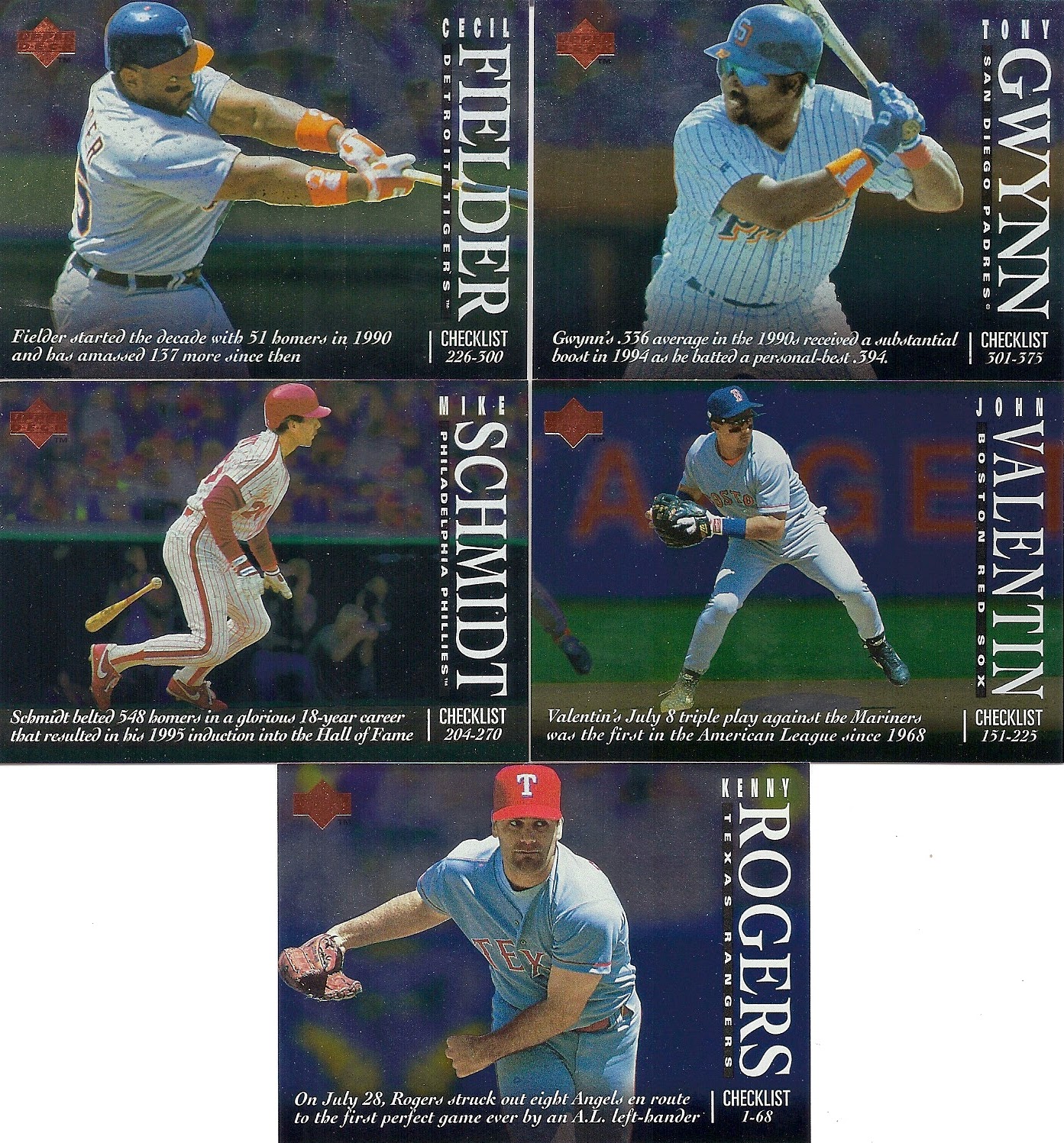 These checklists are a tough pull at 1:17.  I beat the odds and got five.  They have cool nameplates and photos from the actual moments described on the bottom, but I'm not terribly excited by them. 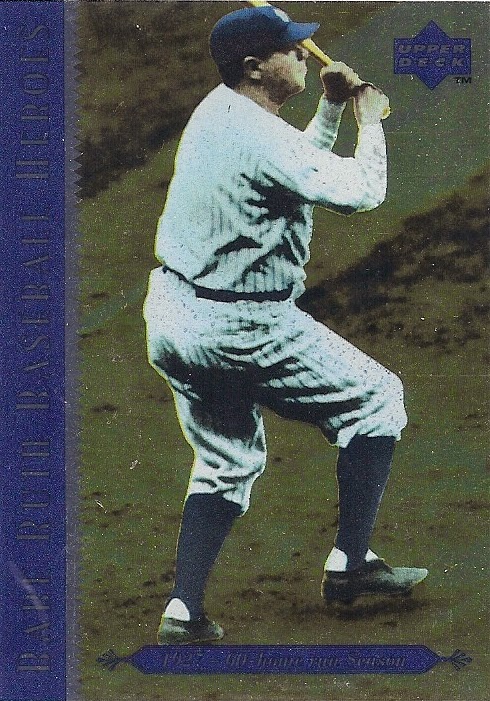 I wasn't all that excited about this one, either; but at 1 in 34 packs I think I was supposed to be.  This came only in series two boxes, and it is unscannable. 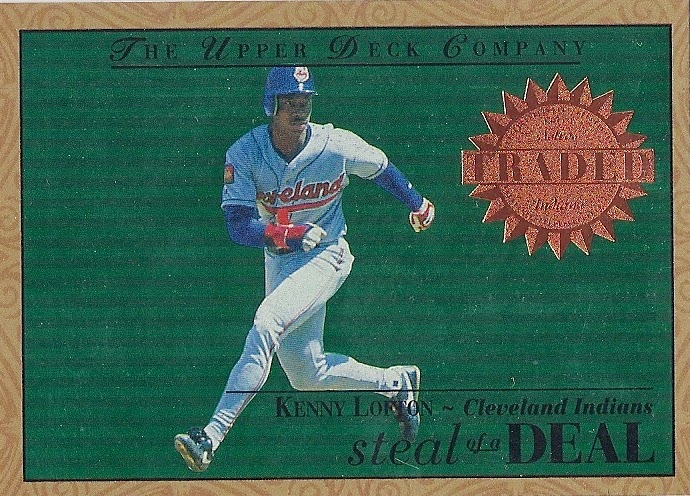 Here is the 1:34 insert from series one, and I really like it despite the massive miscut.  Scans nicely. 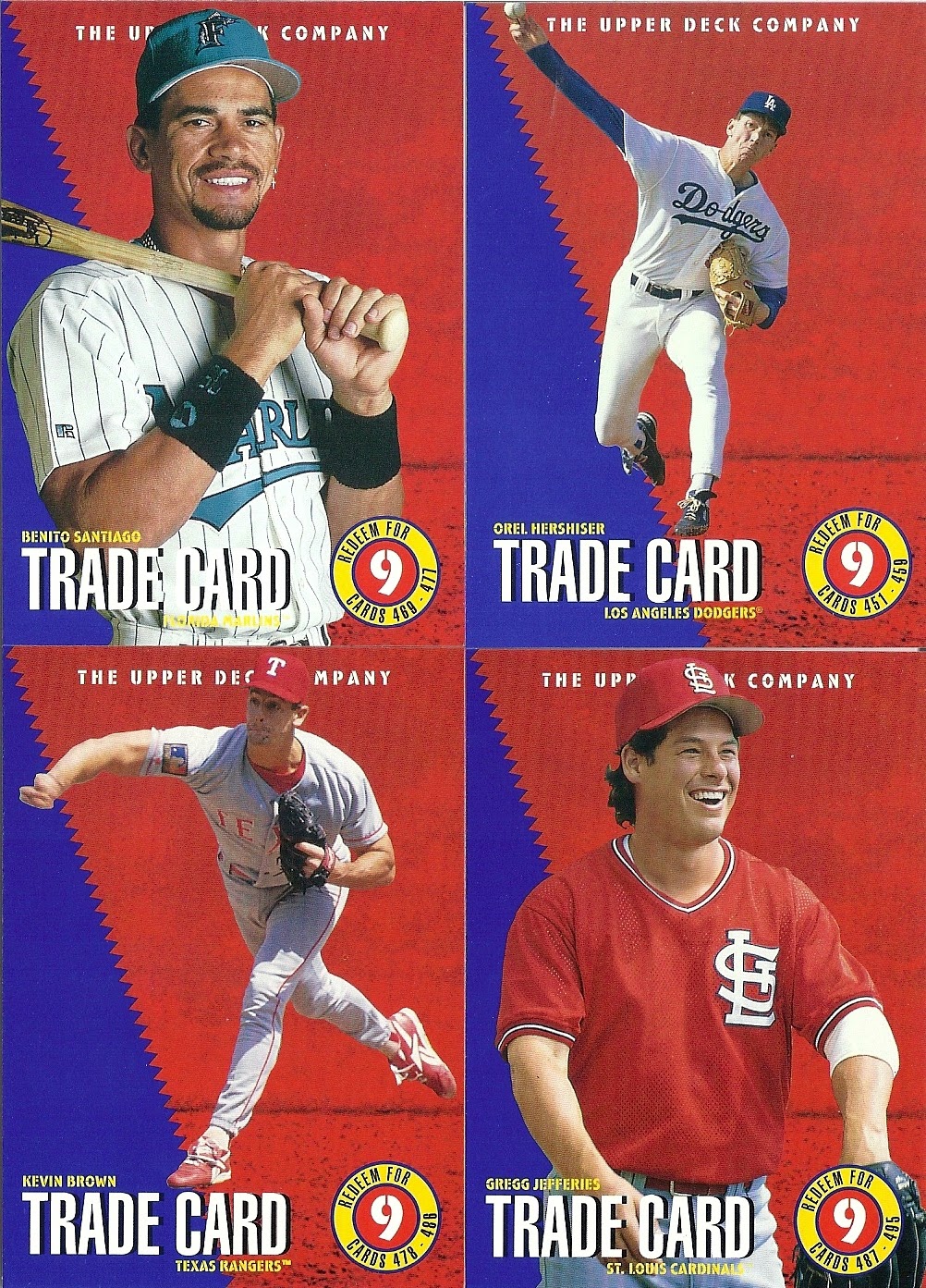 I would have gotten so excited about these as a kid.  Primary colors!  These are all from series two.  I can't redeem them anymore, obvy, so I'm a little concerned that the last 45 cards of the base set will be tough to get a hold of. 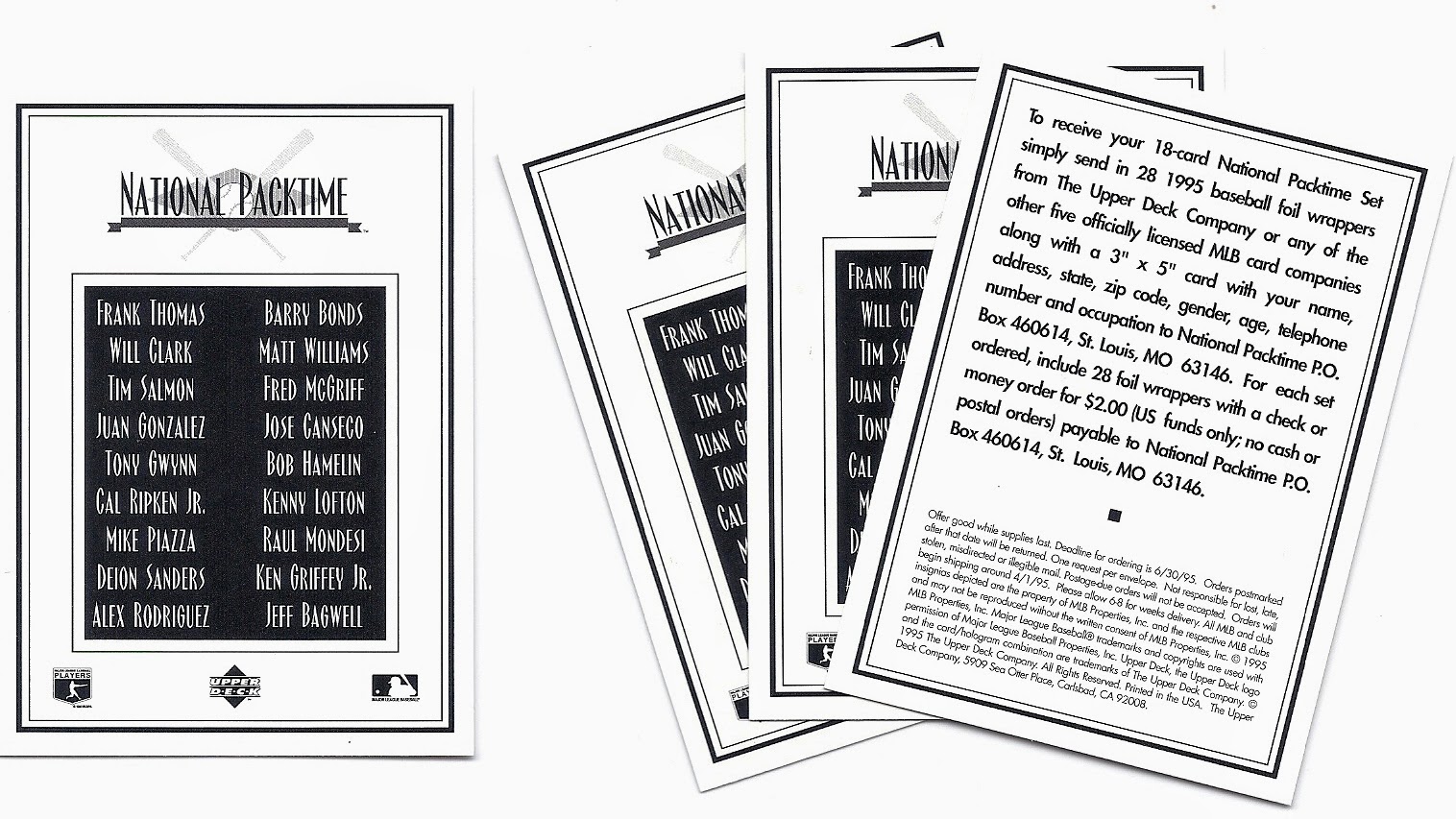 Not only did I pull one of these back in the day, I redeemed it.  So while I have the complete redemption set, I won't consider it part of '95 Upper Deck.  It deserves its own post someday, anyway.

Now I'm sure you've been wondering, "Junkie, didn't you pull any Griffeys??  Cuz if you didn't I'm just gonna lose it right here."  Feast your eyes: 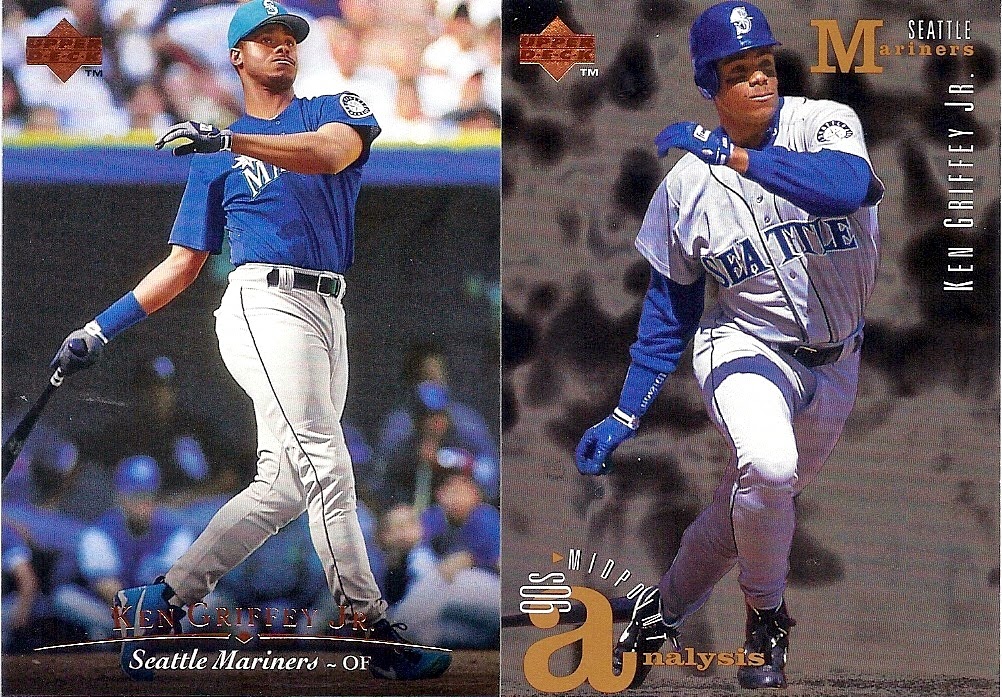 One each of the two most easily-pulled Griffeys in 1995 Upper Deck.  I got the wrong box.

I'm happy to report that the series one box (the one with the superior Griffey head) produced the full series.  The series two box so did not.  Here are the cards I didn't pull from that naughty box:

This is not my current want list - just what I didn't get from the box.  I will update this post with a link to my current set needs soon.

Each box contained 432 cards, 36 of which were Electric Diamonds.  That leaves 396 regular base cards (not including a handful of inserts) to build each 225-card series.  For series two I ended up with 208 of the 225 cards, an output of just over 92%.  Not horrible, but the series one box output of 100% make me wonder what changed at the factory between the production of these boxes.

The bottom of the series one box included an offer where you get a a signed Roger Clemens card limited to 8,000 copies for five bucks and 35 pack wrappers.  The series two box bottom gave a rundown of how the Predictor cards and trade cards worked, but apparently there was a similar offer for a signed A-rod.  Hmm.

Well that was fun.  I don't think I'll buy another box of series two to build the set.  My hope it to trade for it and maybe supplement that with pickups from Just Commons.

The final post in this series is the icing on the 1995 UD cake: The Griffeys.  After that I'll never again mention 1995 Upper Deck's superiority to most other sets at least until such time as I totally mention it again all the time.
Posted by The Junior Junkie at 1:00 PM