Something for Everybody Mash-Up Mega-Post

You heard me right.  A pog.

Let's look through some PWE's first. 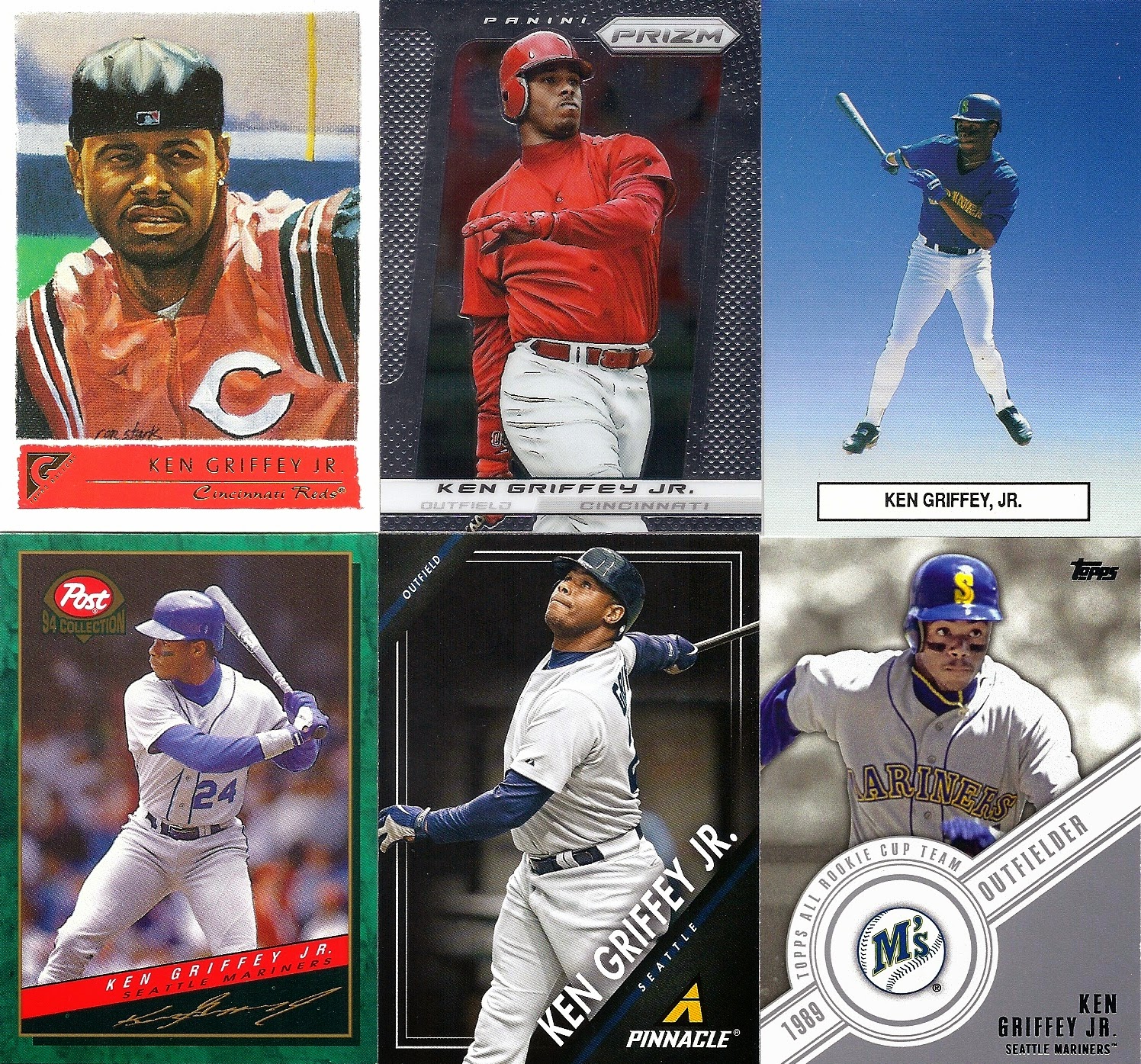 AJ aka The Lost Collector surprised me with a six-pack of Griffeys from all around the spectrum.  Some nice ones, too, but that blue oddball in the top right stood out right away as new to me.  That Gallery card is also a real beauty.  Thanks, AJ!

These are from the immortal Chris of Nachos Grande.  Those Griffeys from the underappreciated DIII and Circa '96 sets are killer, but how 'bout that Ultimate Victory base card?  It's quite a sight in person and another new one for the collection.  Thanks, Chris! 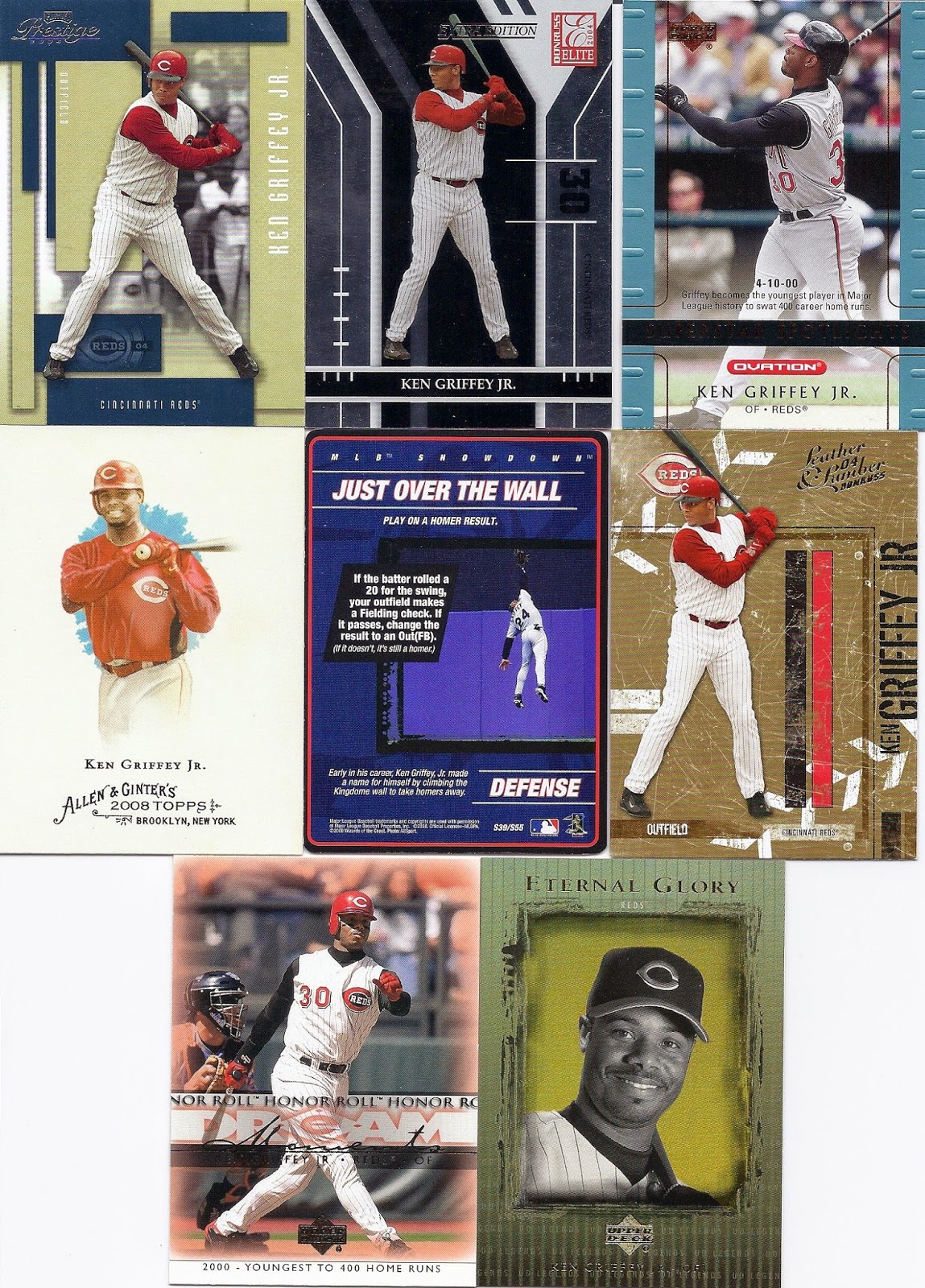 These came from Matt of one of my favorite blogs out there, Red Cardboard.  Matt cracks my shit up on the reg.  The note accompanying these read simply, "Doubles.  Yuck."  I get that, big guy.  Tennis can be difficult if you haven't had much practice with your doubles partner, but you have to keep at it if you're going to improve.  I shouldn't drink and type.

That Playoff Prestige card is a big set need, and I'm super happy to have doubles of that "Just Over the Wall" Showdown card.  What a great photo. 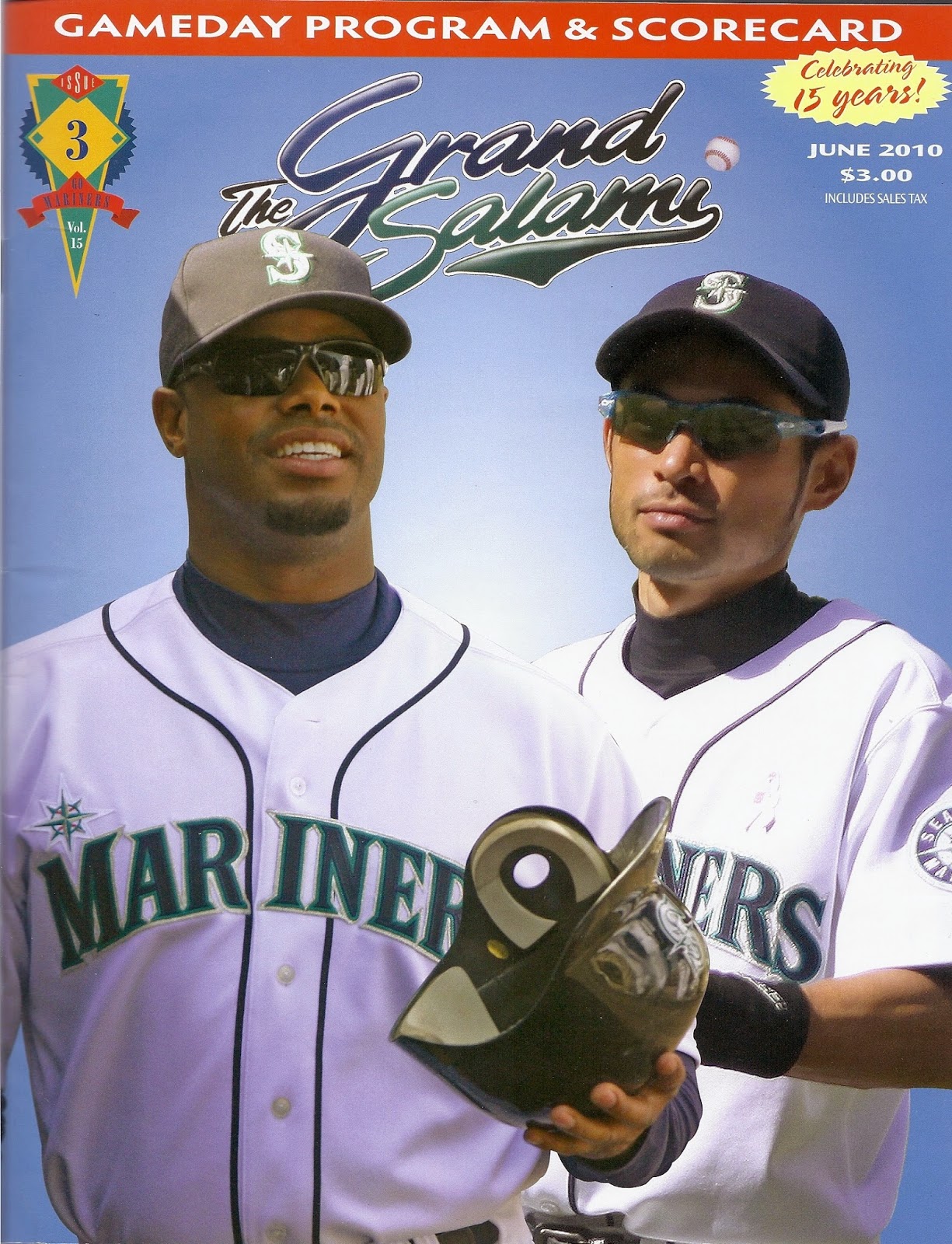 This is the program from Griffey's last game. 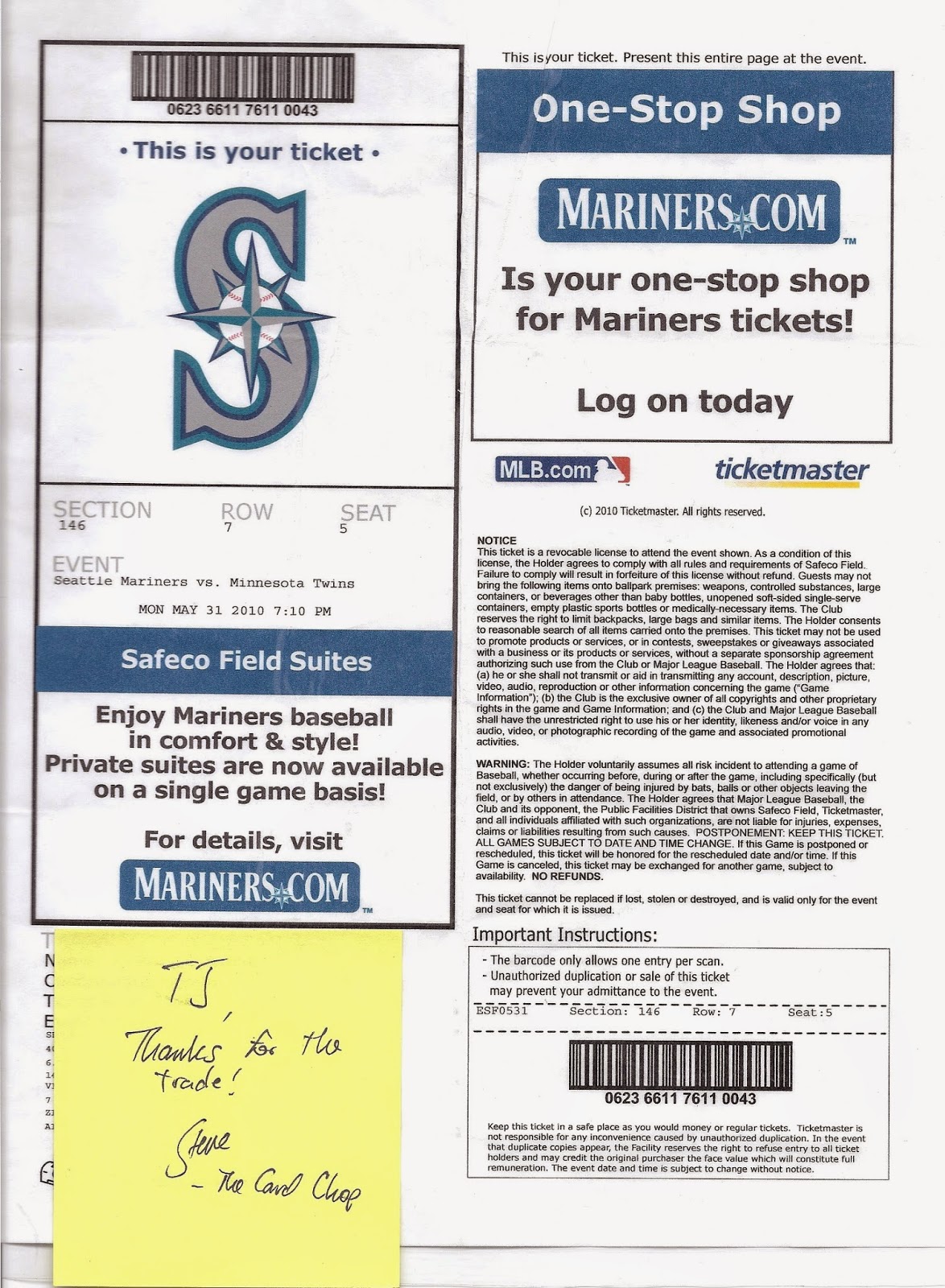 This is a ticket from that game.  These came courtesy of Steve from the Card Chop, a blog I've read for quite a while before actually getting to trade with him.  I've read that program (very carefully so as not to damage it, or course) throughout.  Here are some highlights. 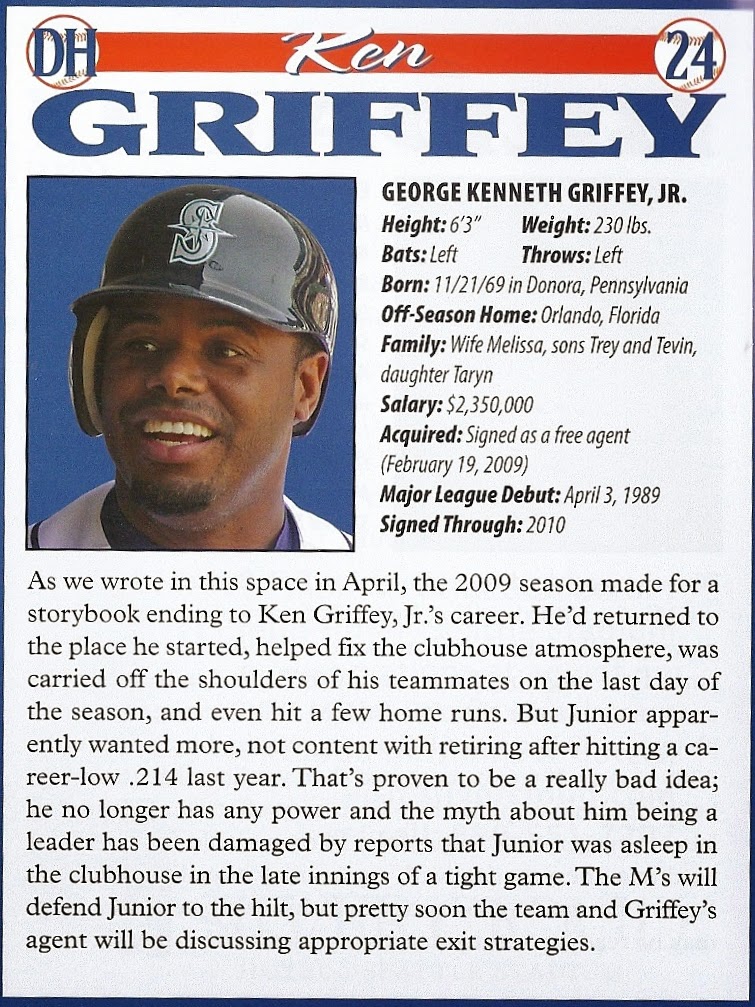 The Grand Salami sure doesn't pull any punches.  If you didn't bother to read this, it basically says it was high time Junior moved on. 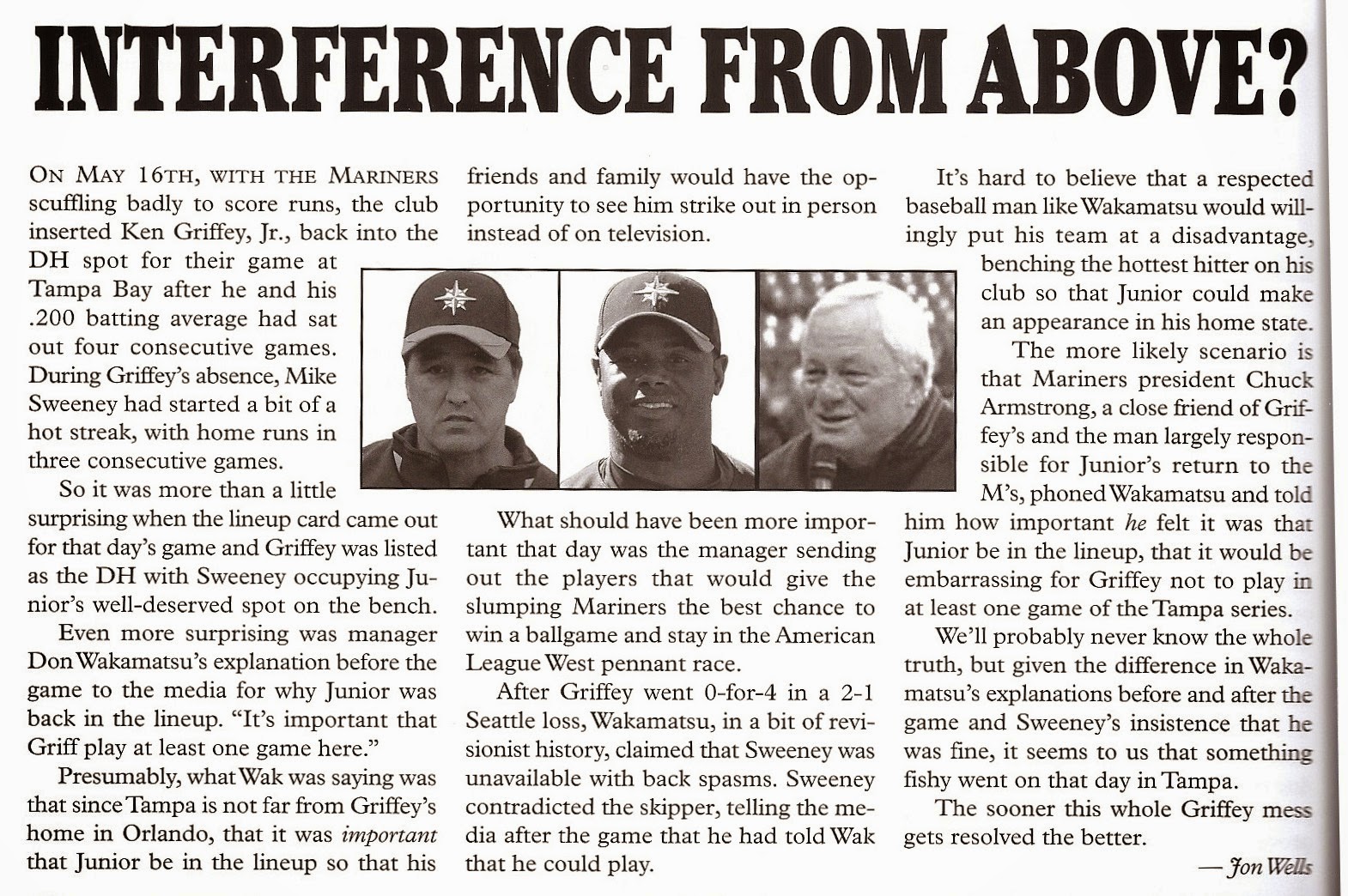 I have a resolution to the whole Griffey mess, Jon.  Shut up.

Honestly, I love these artifacts.  Thanks a ton, Steve.  As I told you before, I'm sending you lots of Braves. 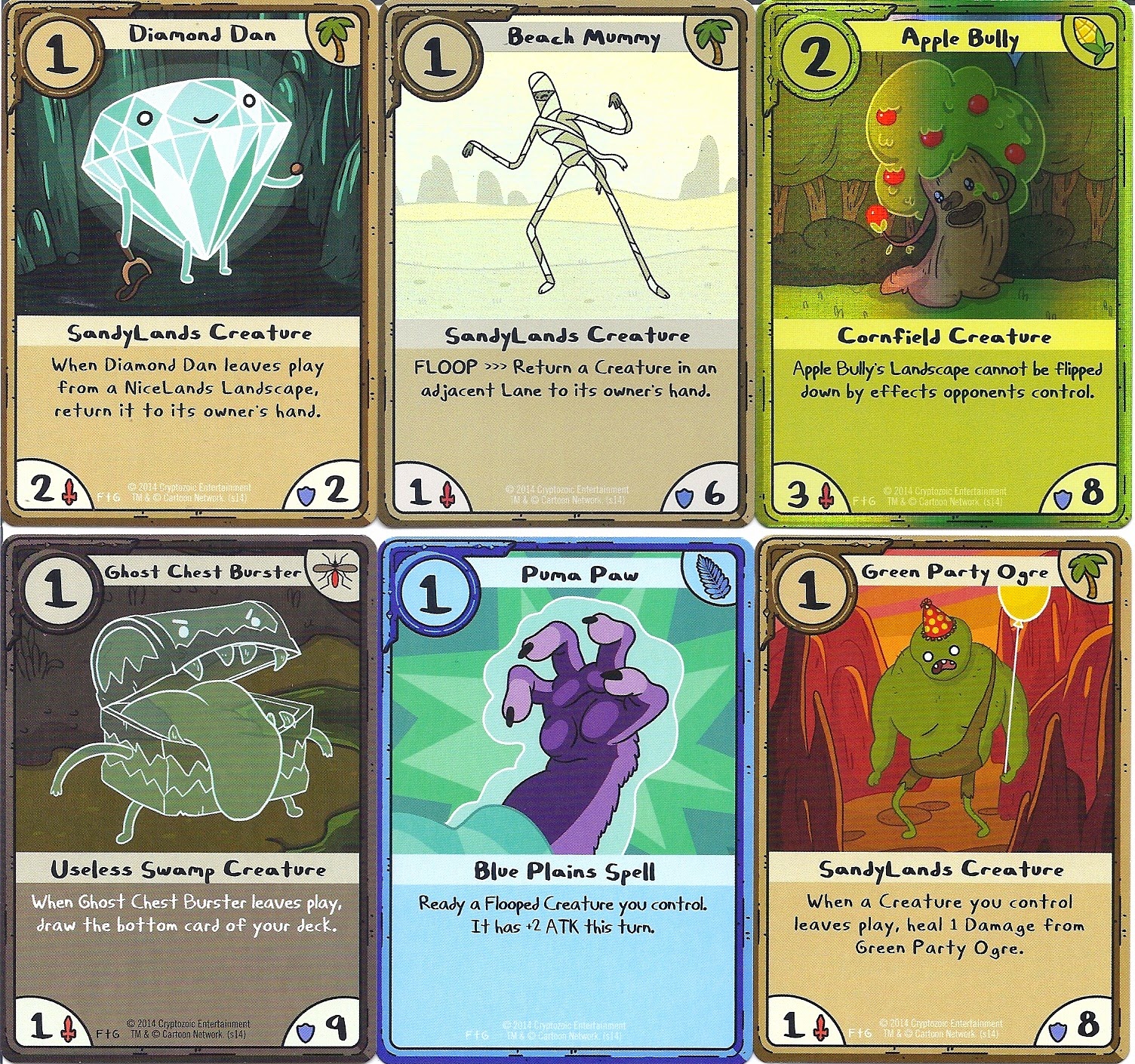 These came from the popular Zippy Zappy at my request because I love the Adventure Time Card Wars app.  It looks like he bought this pack thinking he was getting actual Adventure Time cards like these: 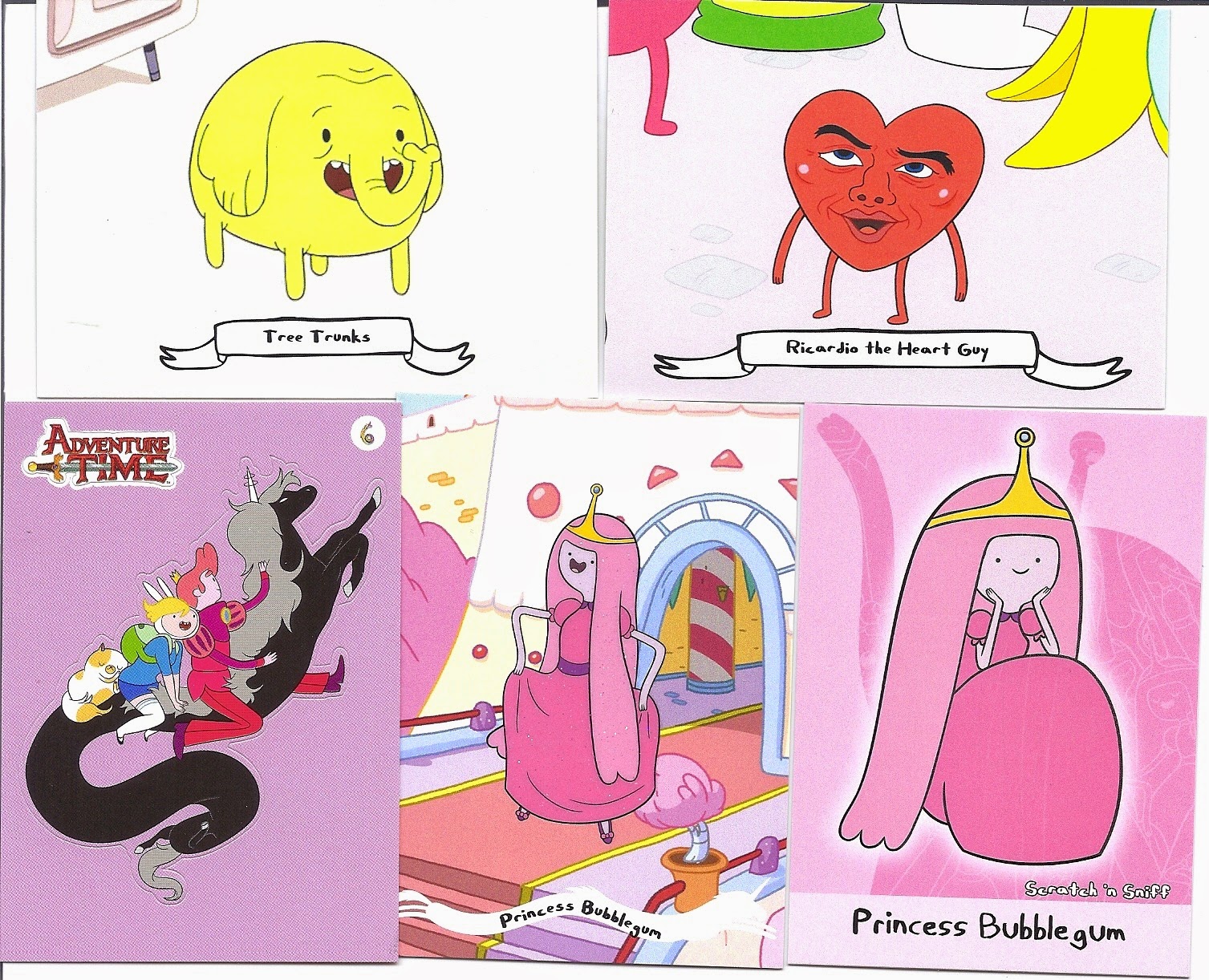 Ironically, I bought these thinking they were Card Wars cards, but I was happy either way.  Adventure Time is like Lost meets Ren & Stimpy, and I'm crazy about it like the bronies are crazy for their thingy.  Anyway, thanks ZZ! 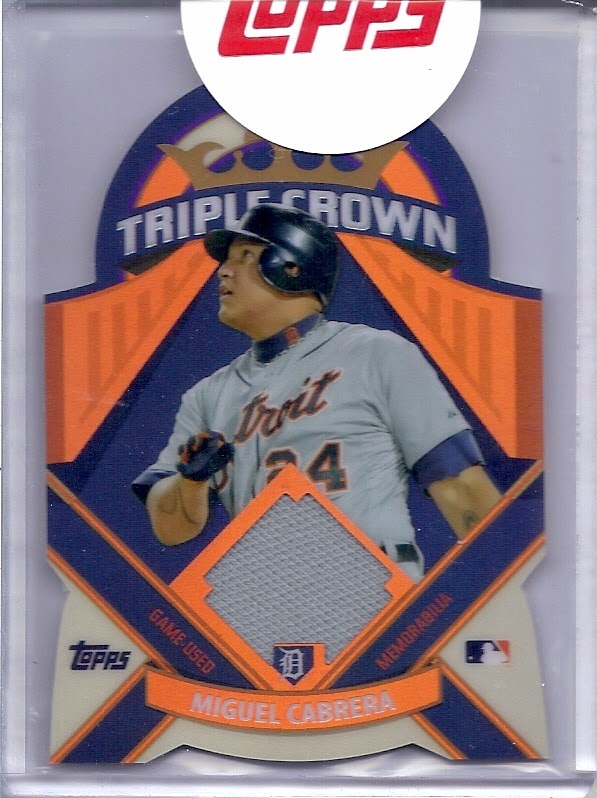 I also did my first trade with Topps.  This is from a redemption I pulled from a box of 2013 Series 1 last year.  I finally sent it in.  It's pretty cool, I guess.  I dig the free shipping. 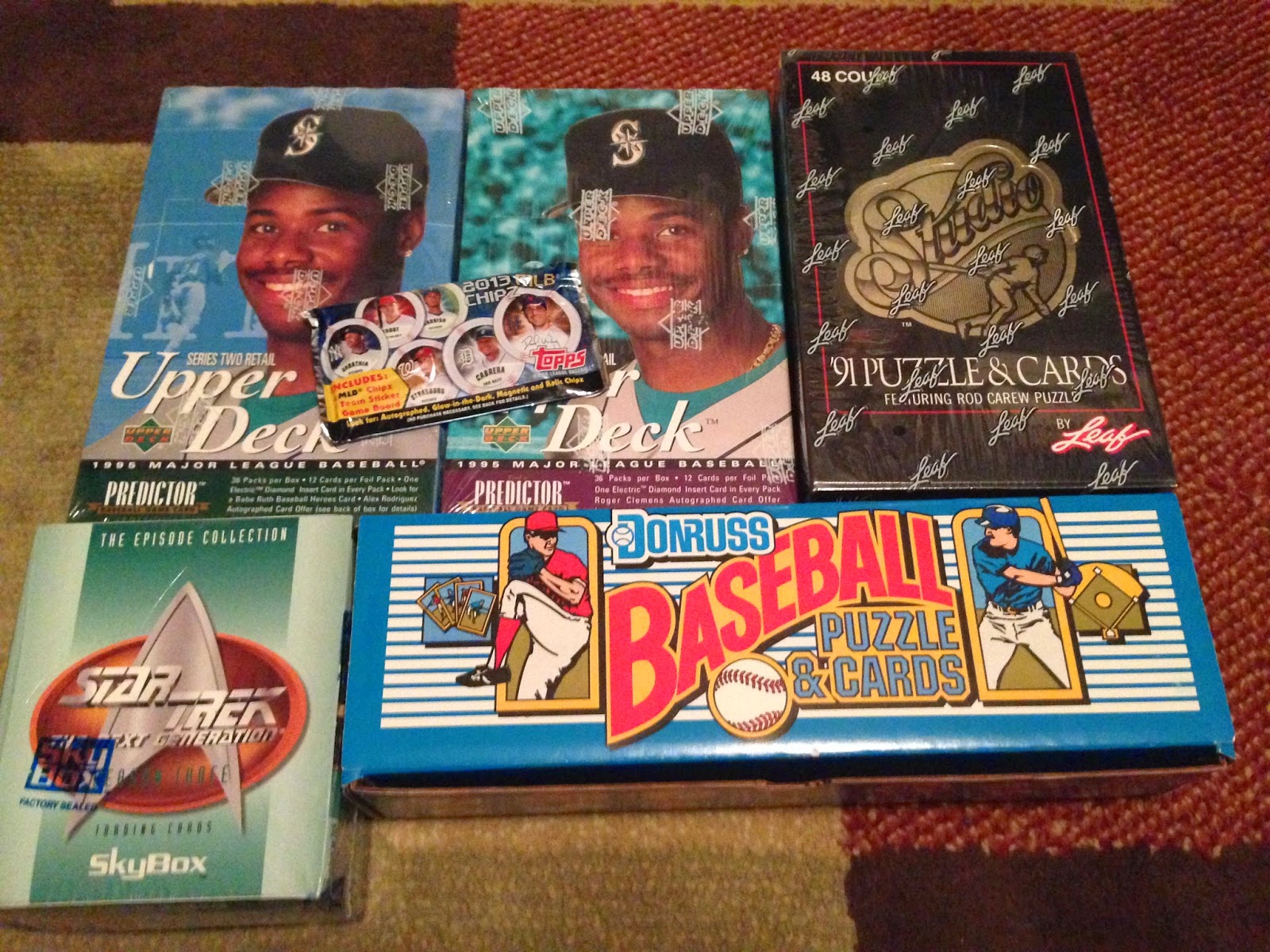 Here is the unaltered picture of what I recently orderd from Dave and Adam's Card World.  It came with a free pack of Topps Chipz, and to be honest I was pleasantly surprised. 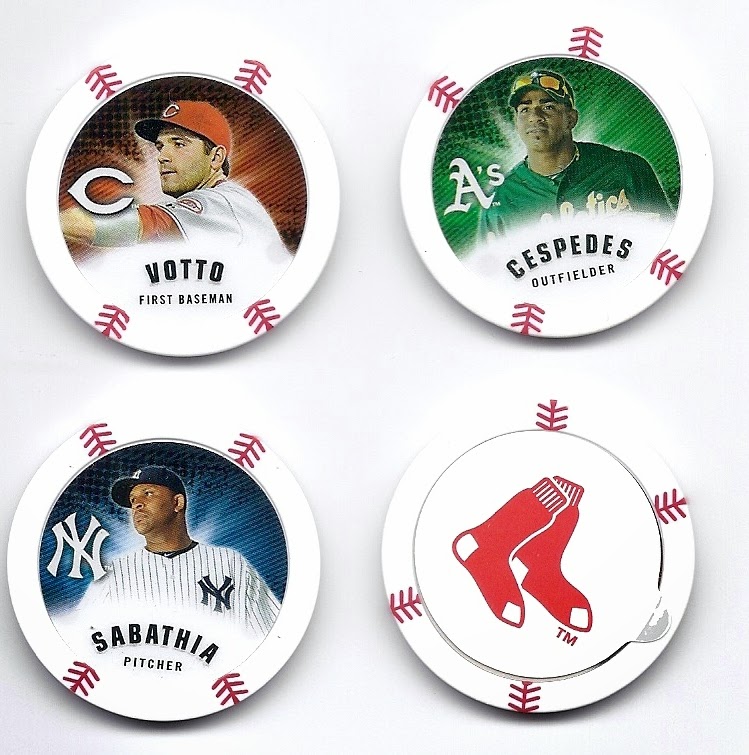 They're weighty like quality clay poker chips.  The sticker quality is also pretty amazing.  These qualities don't make them any less odd, but I do like them. 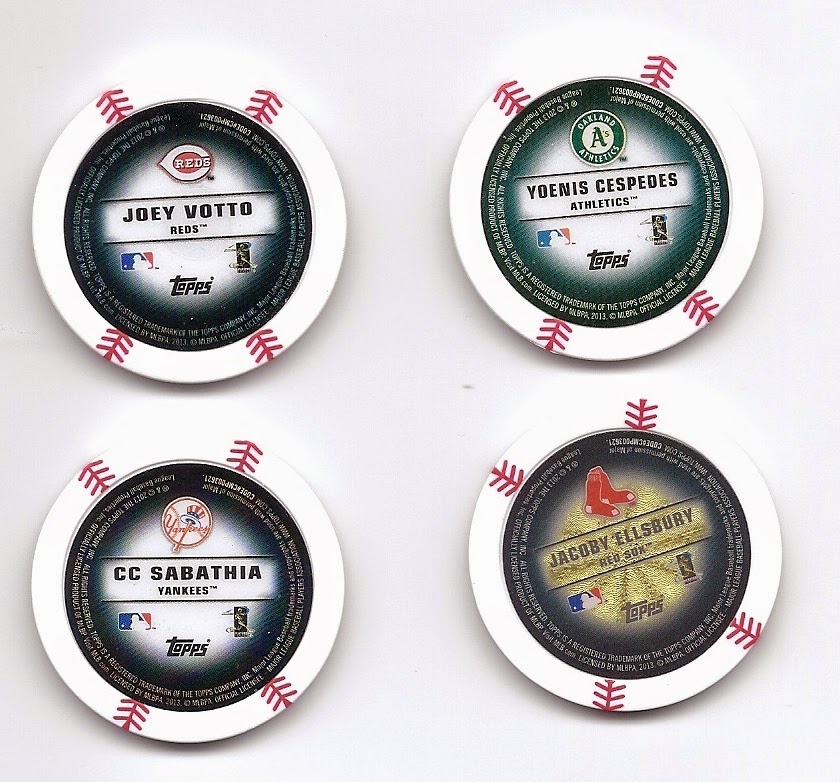 The Ellsbury is a gold (1:3 packs) and the Votto is a magnetic chip (1:4 packs), so I guess I beat the odds.  The only chip I plan on keeping is the Votto because of the magnetic quality.  If you look carefully you can see it in this picture of my Griffey cabinet: 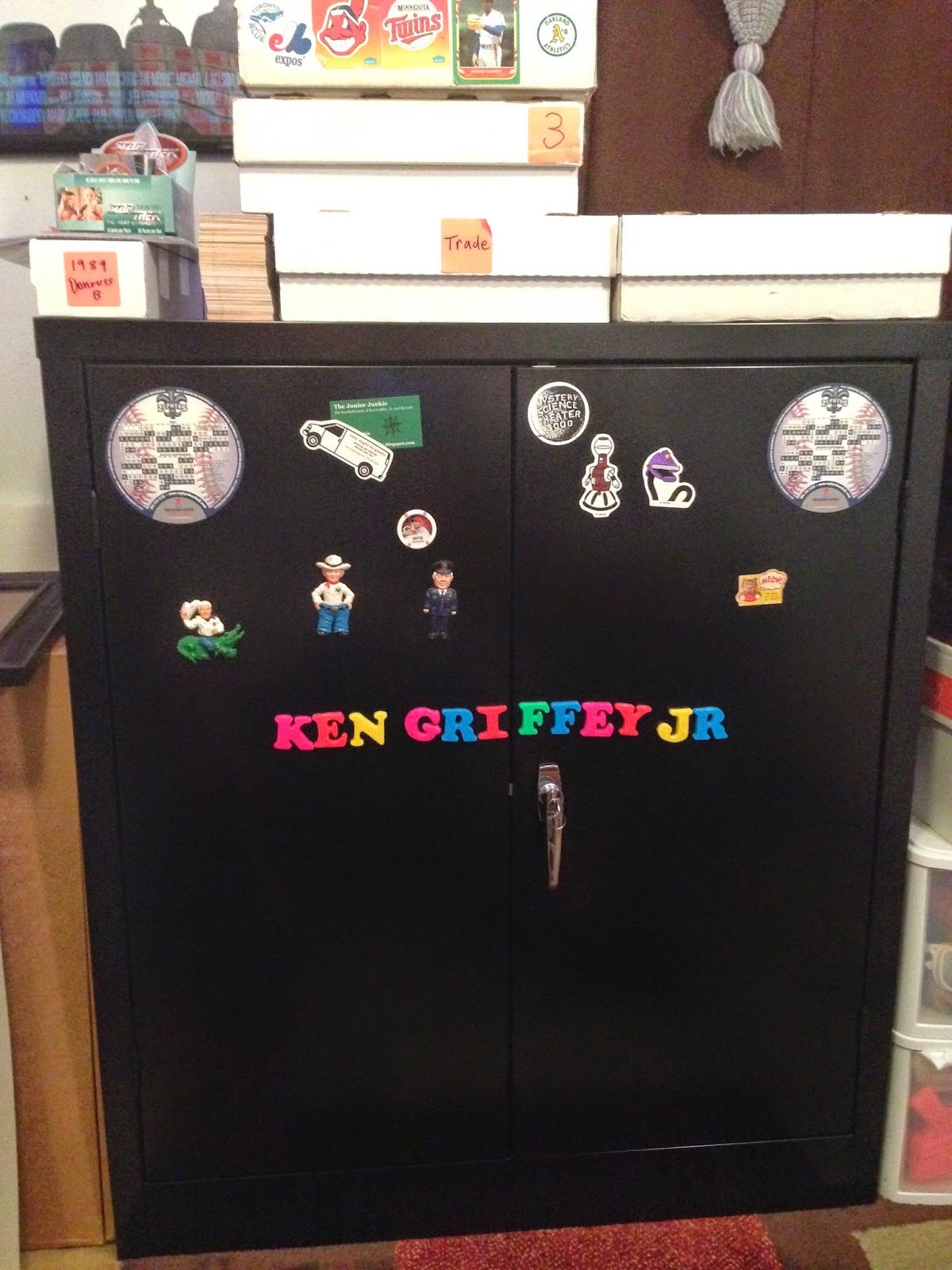 Here's the peeled front of that Ellsbury gold chip: 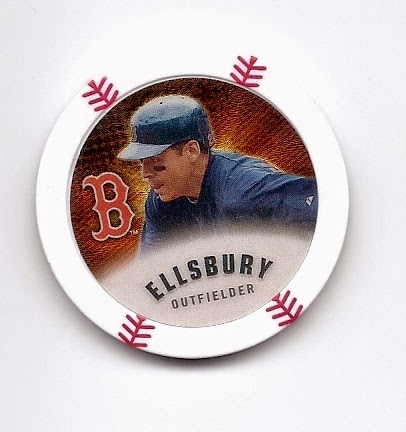 I must admit, I kind of wish there was a Griffey in this set. 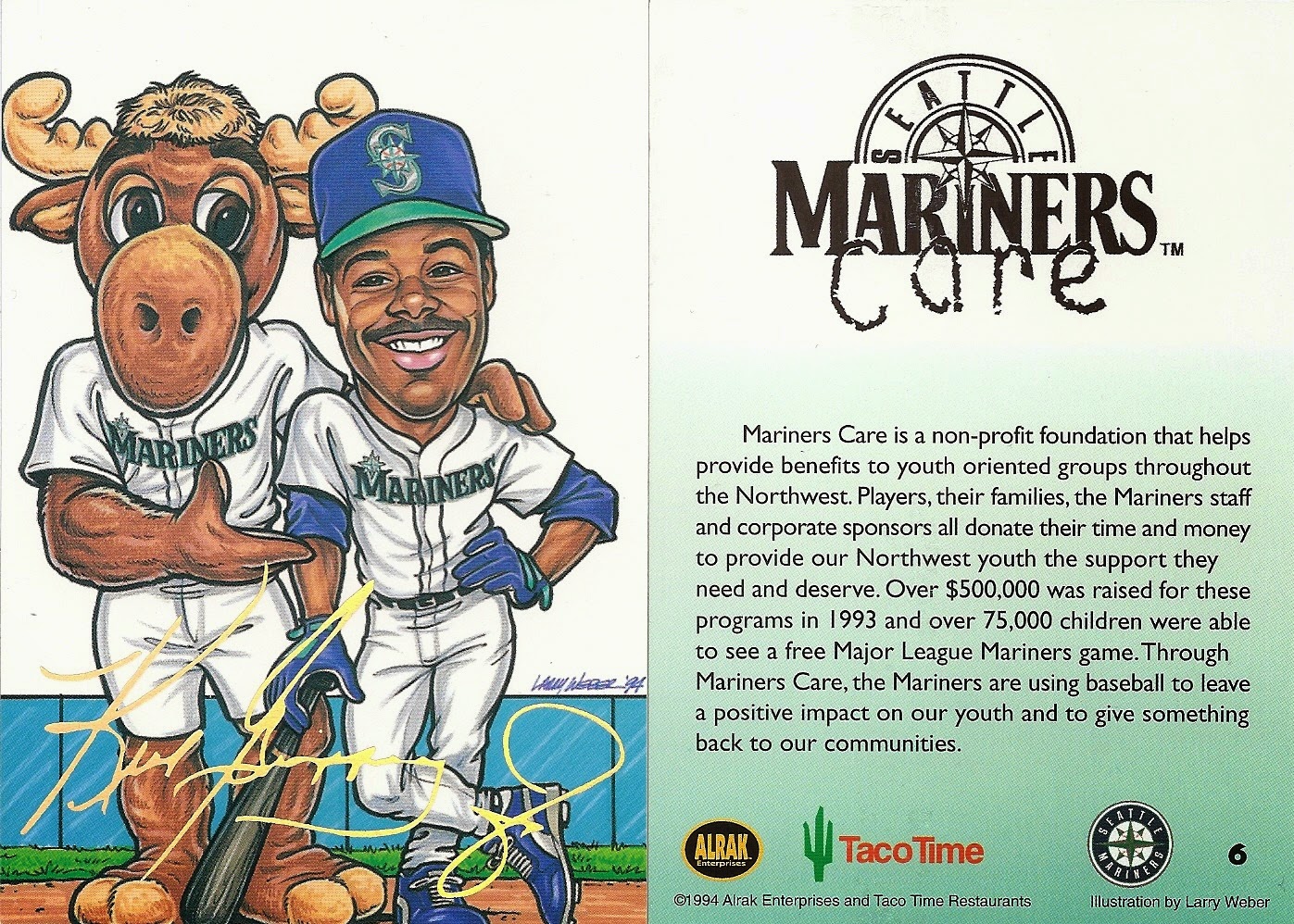 These are from an oddball set issued by Taco Time.  I got them on the 'bay for a song.  They're all 4"x6", so they're not practical ot anything.  Just neat. 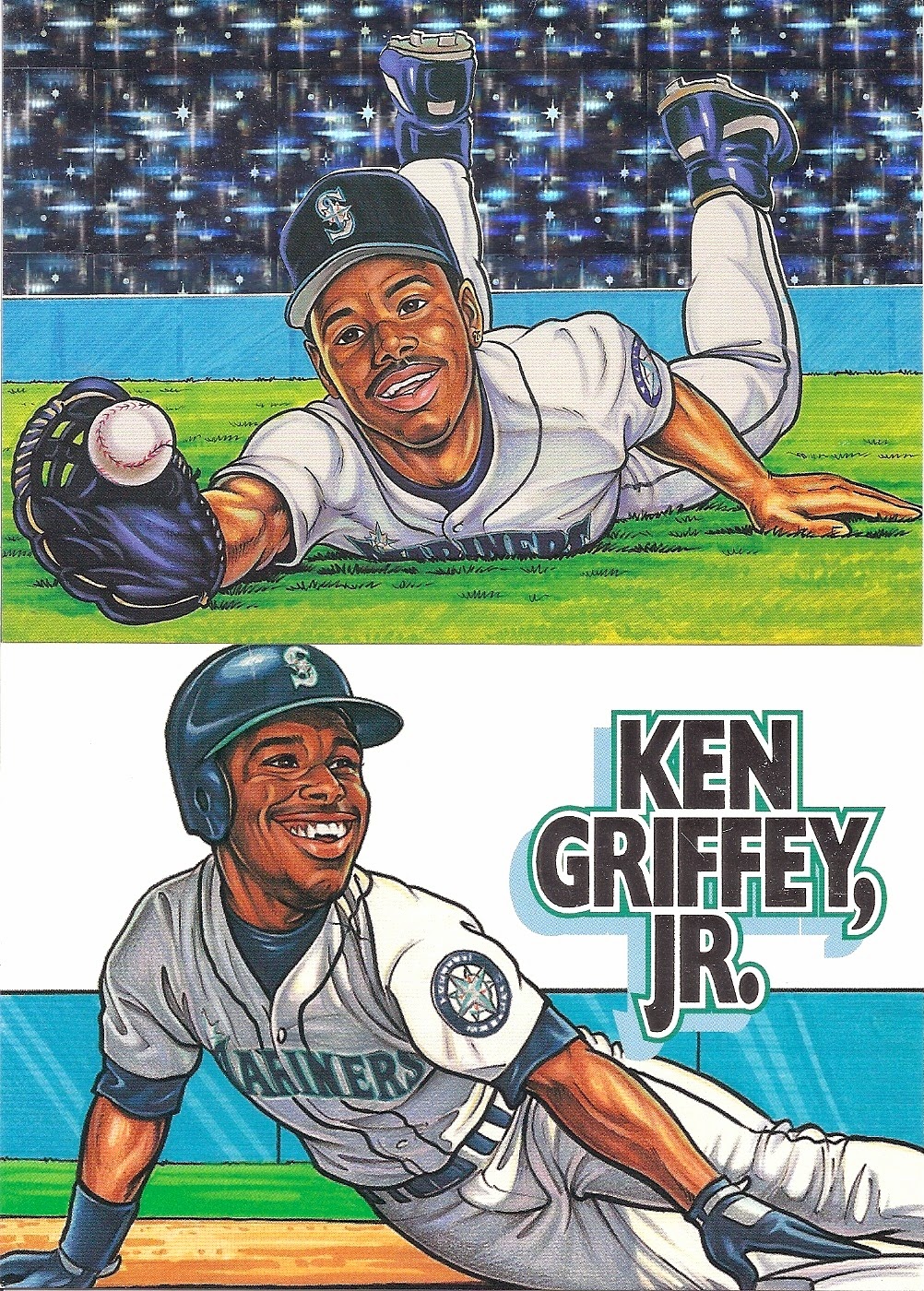 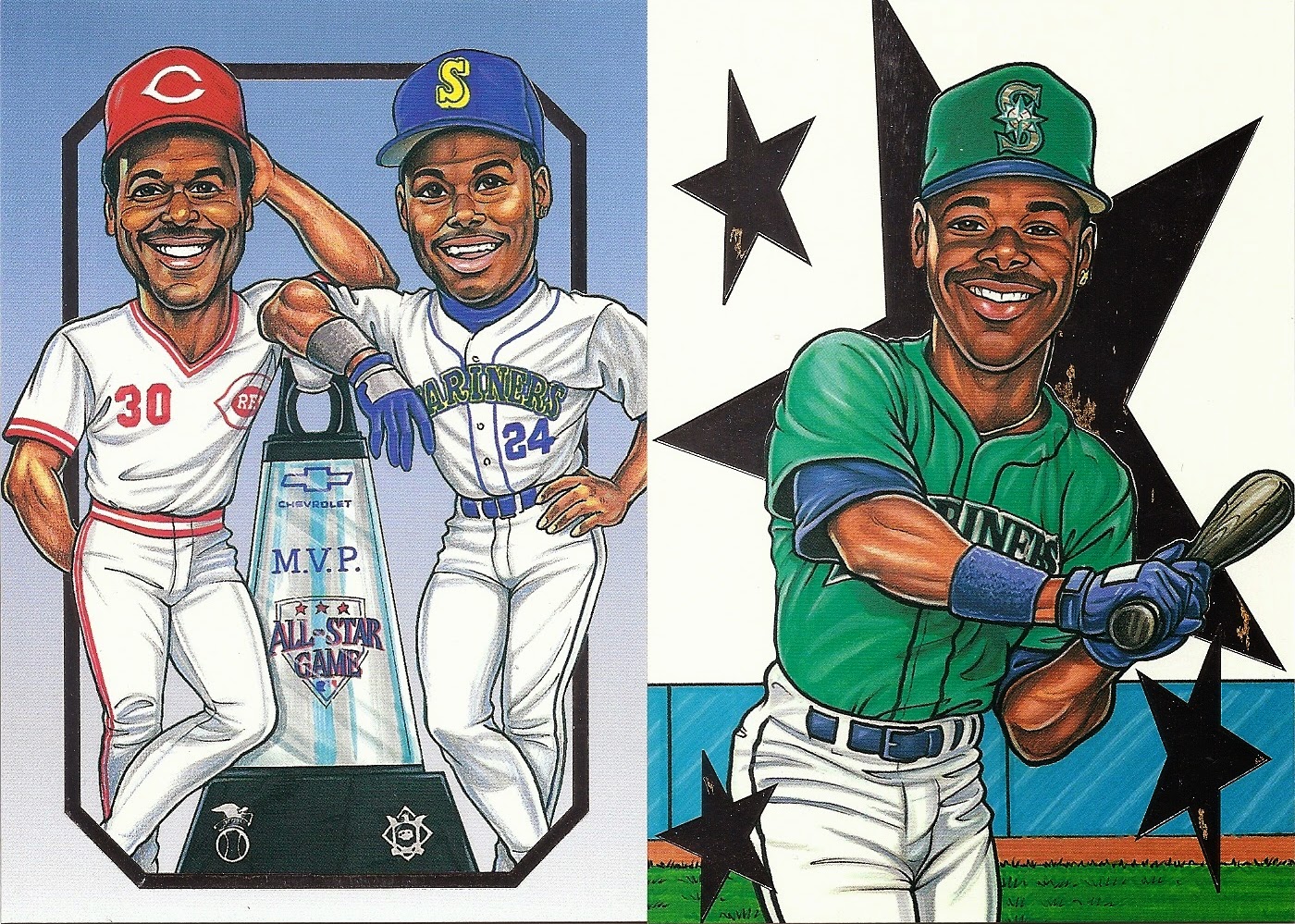 That one of him with his Dad is great.  I'm asucker for those as well as illustrated cards.  These were  a no-brainer. 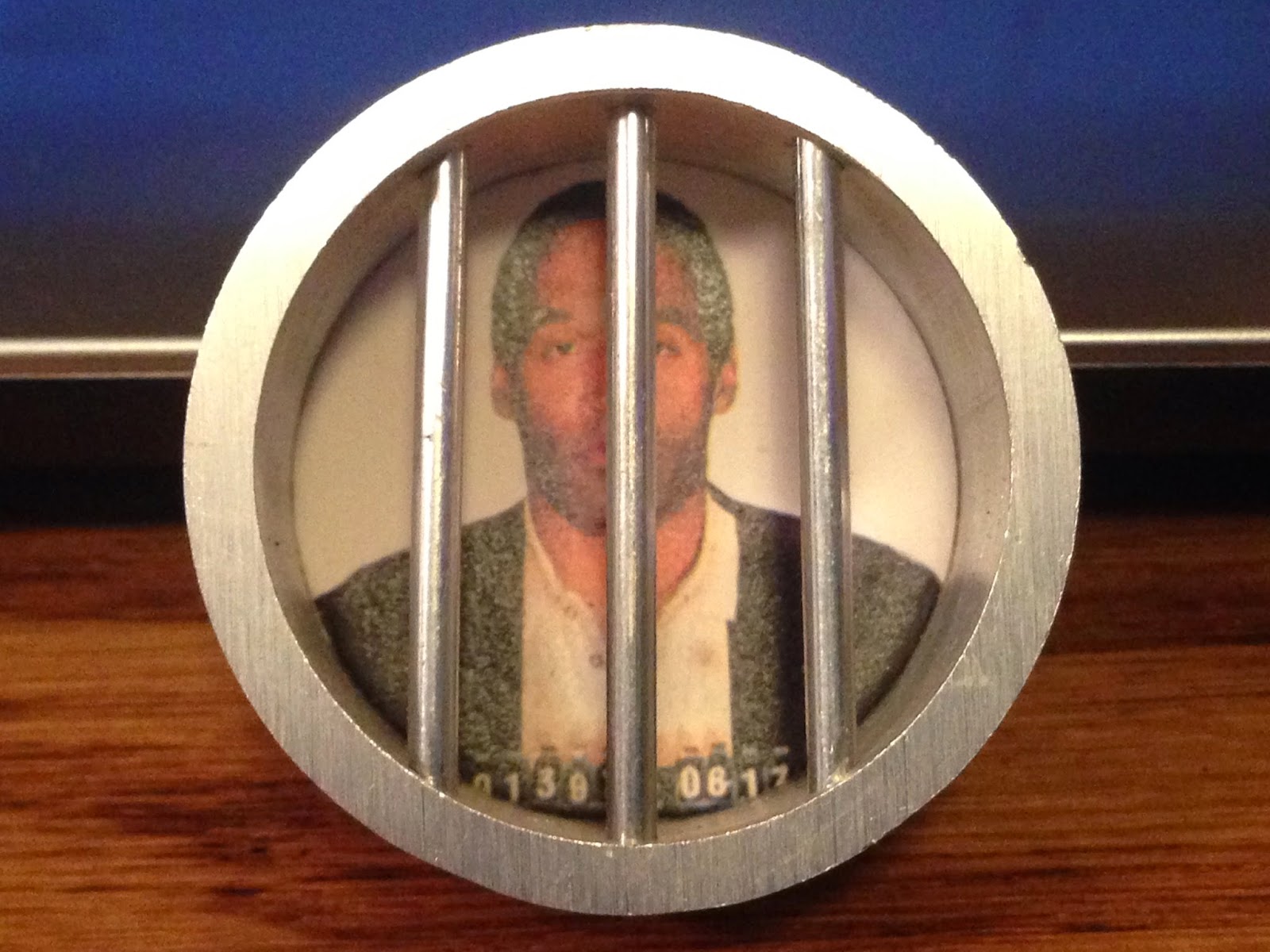 Yeah, it's that pog I was talking about earlier.  My buddy Craig gave me this "slammer" because he is the only person I know personally who reads this, and he knows I love all things OJ. 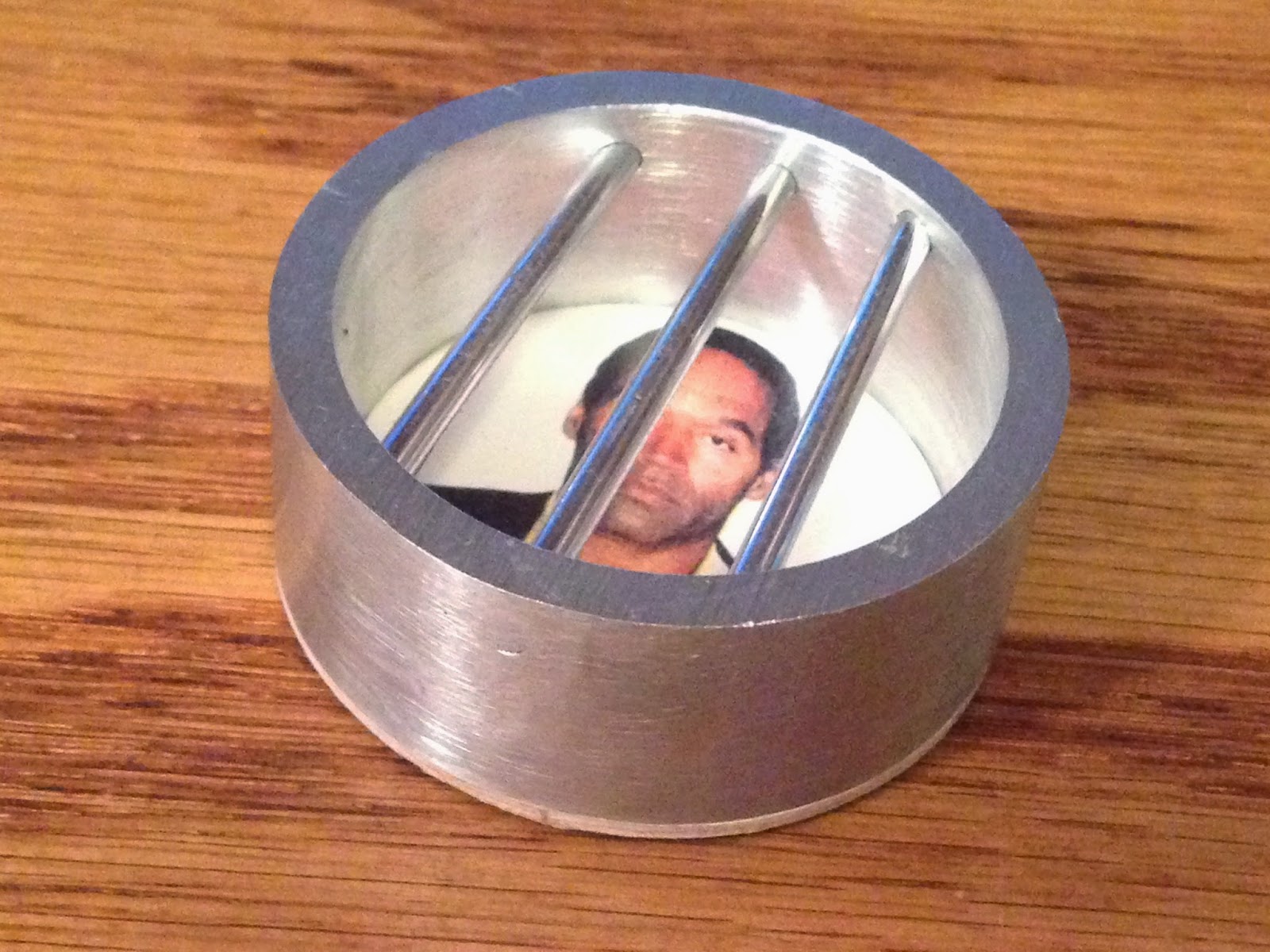 Witness the thickness.  I don't know what a slammer is meant to do, but I now fear it.

Hey, have a great weekend, kiddo.
Posted by The Junior Junkie at 11:46 PM