I sent a package to Will Clark, and today I got it back. 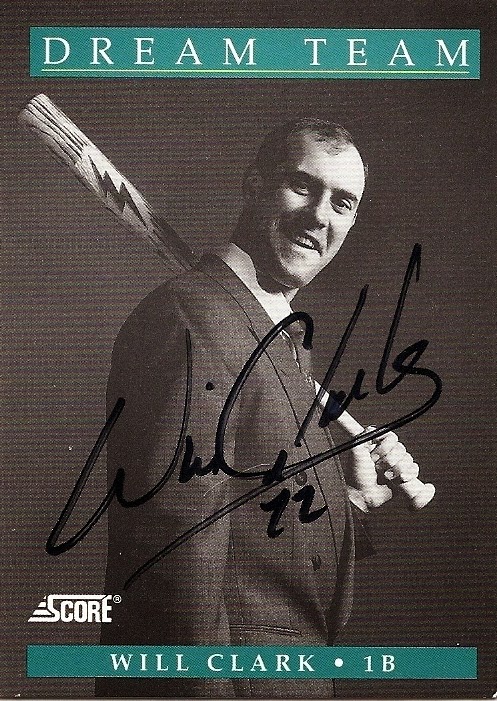 A few weeks ago my wife informed me quite nonchalantly and in a single breath that she works with a guy who hangs out with Will Clark, and if I get a few cards together she would pass them on to this fellow who would get Will to sign them.  My response was, "Wait, what?!?" 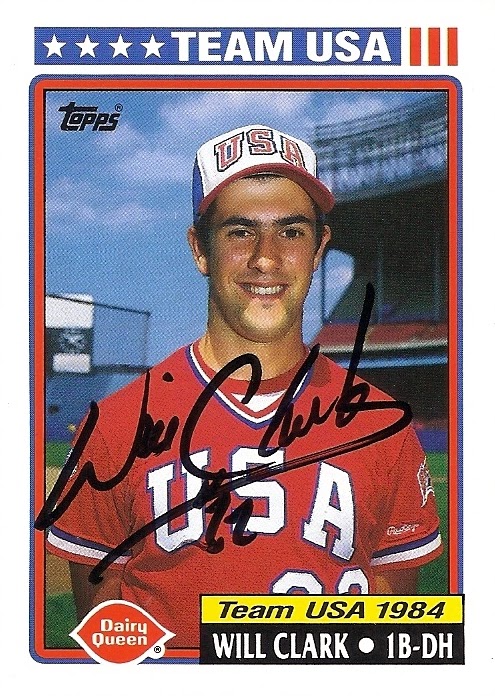 So I scrambled through my collection, trying to figure out which cards to send.  Should it be all rookies?  Should every team from his time in the majors be represented?  When I was done I had 34.  She told me that maybe I should whittle the pile down to ten, and I begrudgingly agreed. 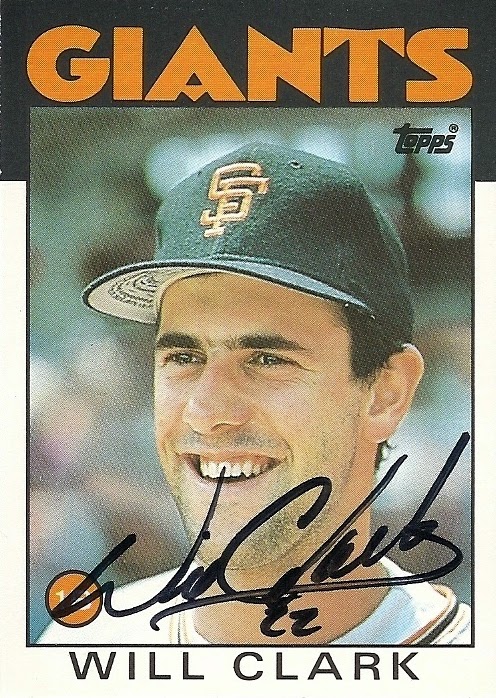 So I chose the best ten from that stack of 34 and put them into a snap case secured by rubber band.  I put that case into a small white card box along with a sharpie, a business card for my blog, and a note. 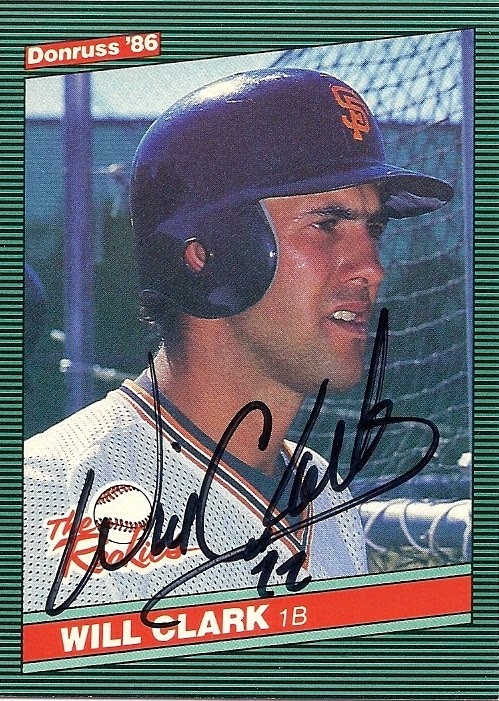 I'll admit that thenote was a little fan-boyish, letting him know things like the fact that we went to the same high school, and my uncle who is a teacher there taught him English, and I'd written a blog post once about the major leaguers of the school's alumni that he could check out if he wanted.  I also invited him to inscribe the autographs however he wished. 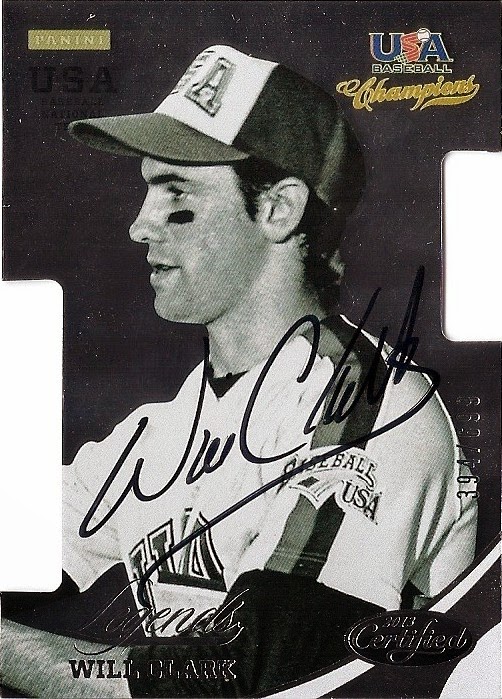 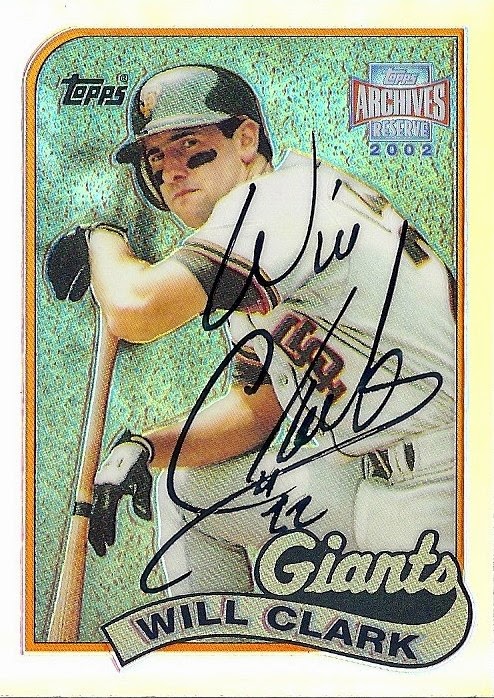 So Will didn't know what a gesture this was to me.  I like to think that were my cousin around today I would share these cards with him.  Maybe I'd tell him to put together a box of his own.  The way I see it, they're kind of his, anyway.  I always liked Will Clark, but he was undoubtedly my cousin's baseball hero, probably in part because his Dad taught Will English. 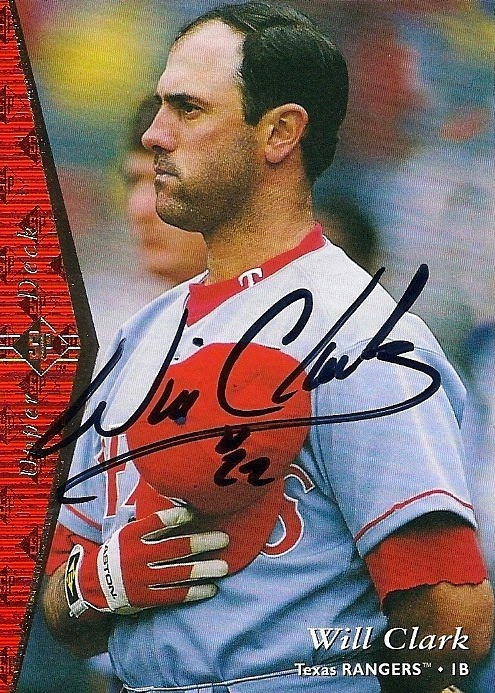 Look closely and you can see that Will inscribed each auto with his corresponding uniform number.  How cool is that?  You've got to admit, too, he's got his underlining swoosh down. 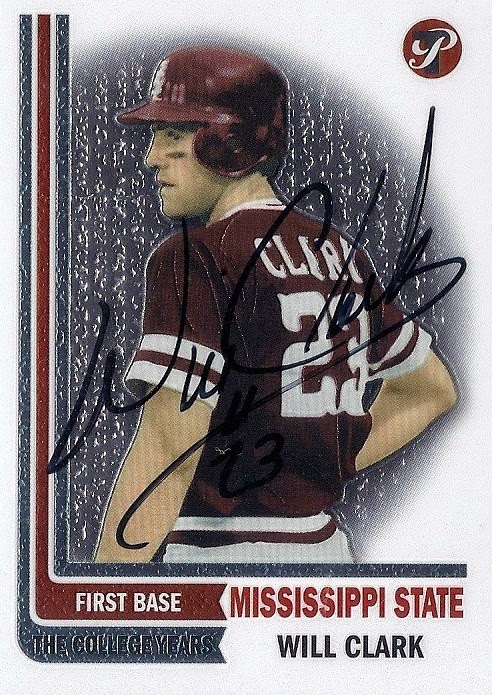 The last of the bunch is a relic card I was a bit conflicted about sending off, but I'm really glad I did.  If you are a regular reader you probably have seen this before: 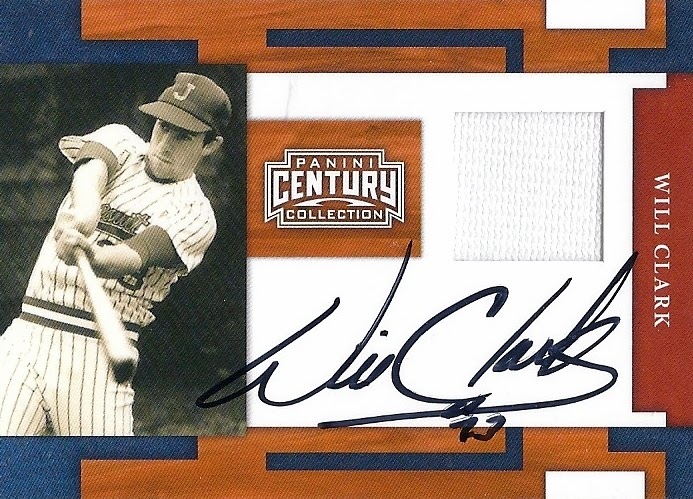 That's Will in our high school's baseball uniform.  It had a nice, big field of empty space that was just begging for some ink, and it's finally got it! 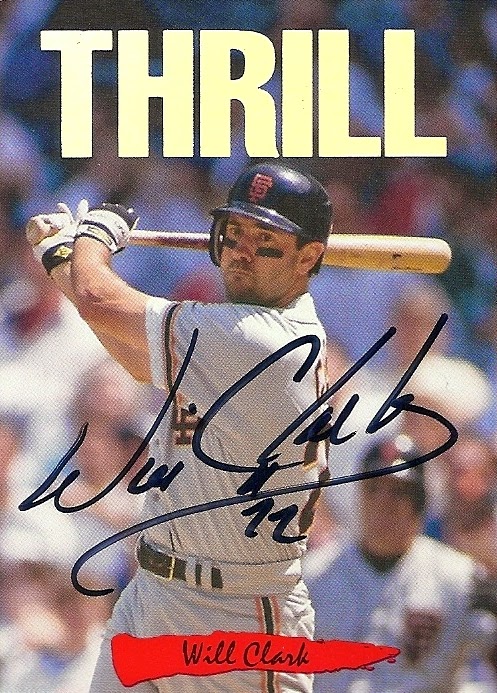 If you do read this, thanks a lot, Will.  You've made an even bigger fan out of me.
Posted by The Junior Junkie at 10:18 PM