I’ve been lucky enough to receive lots of fun and unique Griffey-related items from bloggers all over the country, and I consider myself blessed to have so many card collecting pals in and around cities that actually have baseball. I can count on one hand how many MLB games I’ve been able to attend in person.

I can’t help wondering if I had better access to baseball whether or not I’d have stopped collecting so many years ago. I mean, even in markets outside of Seattle, Cincinnati, and Chicago, Griffey may have been in your home city two or three times per year. I can’t even imagine what that must be like. But Zenus, a.k.a. The Prowling Cat, can get me close. 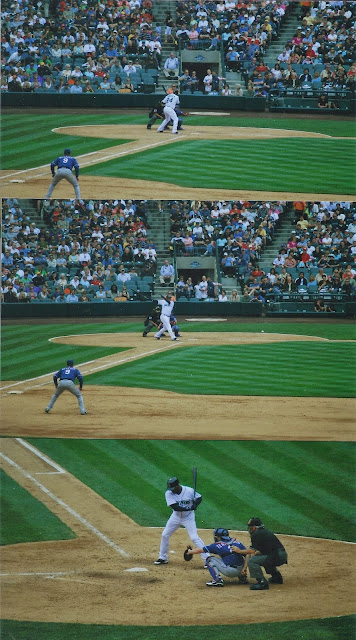 These are photos taken in person at a 2009 game where the Rangers hosted the Mariners. Pictures in a magazine are one thing, but these add a whole new level of authenticity. He actually took these pictures, making them originals. These are less photos than baseball artifacts. Big Guy on the steps knows what I’m talking about. 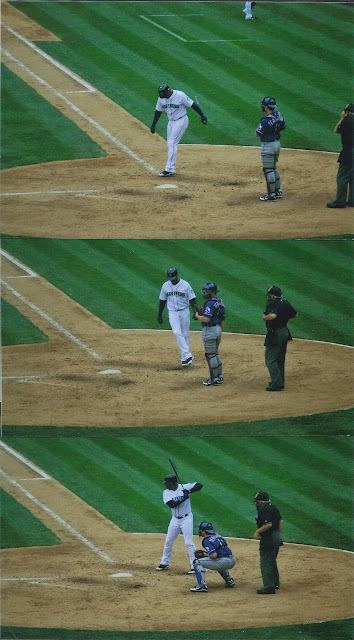 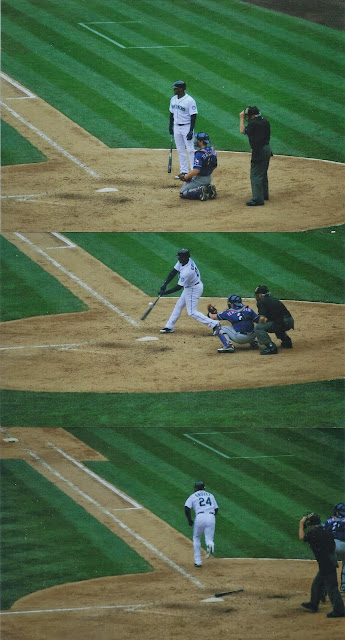 I did get to see Junior play once while we were evacuated to Houston for Hurricane Katrina. Sadly I couldn’t really enjoy myself at that game. It’s great to see Junior late in his career and in an M’s jersey. And it was generous of Zenus to send me his originals.

But that wasn’t all. He also sent along a bunch of Griffeys including these three bizarre Pepsi cards. They are from a set of eight of which I now have six. Frankly I’m surprised I haven’t been able to finish this one yet, but I’m a lot closer now. 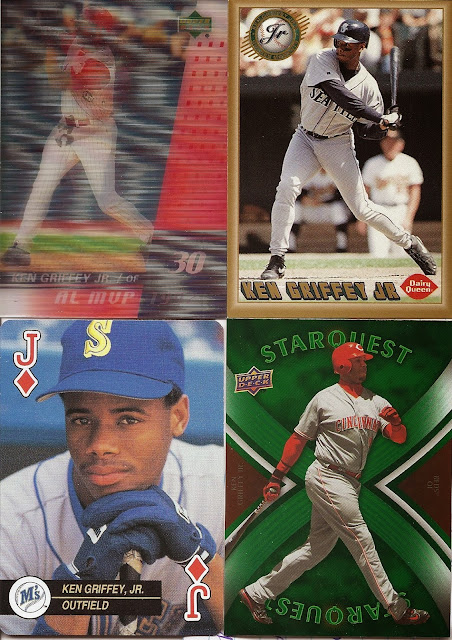 Here’s another branded oddball in that 1994 Dairy Queen gold card, another tough set to build. And that lenticular Upper Deck card is only the second one of these I’ve come across. 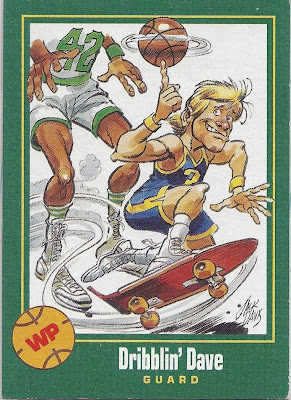 Finally, knowing my penchant for strange cartoon cards, TPC sent this disturbing number from Wacky Packages. Dribblin’ Dave, who spins the ball on his finger and doesn’t dribble and rides a skateboard around headless corpses with impossibly tight-laced shoes. Pretty sure that’s travelling there, bub. And, you know, murder or whatever.

This was one seriously fun package to open, my friend. Thanks a bunch!
Posted by The Junior Junkie at 8:19 PM