Wallet Card Wednesday: This Was a Bad Idea Edition

I took my 1994 Upper Deck Griffey/Mantle Dual Auto out for a night on the town. 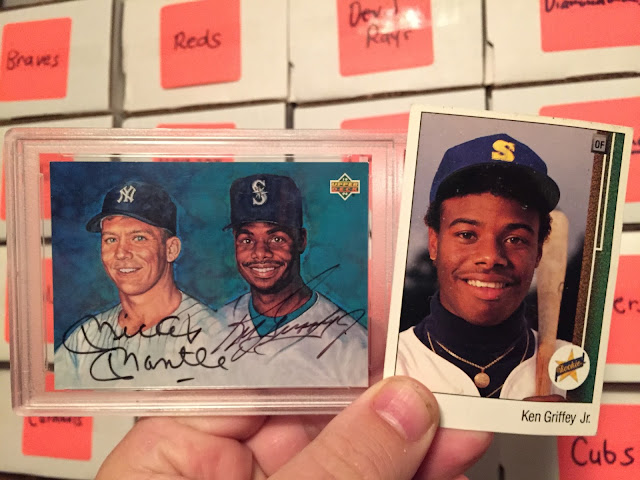 It's not my wallet card, but I was so excited when it came in that I decided I would not be going anywhere without it until it was safe in the safe deposit box. For just one night it would be my substitute wallet card. It just so happened that we were already going out to World of Beer that particular night, so against my better judgement, along it came. 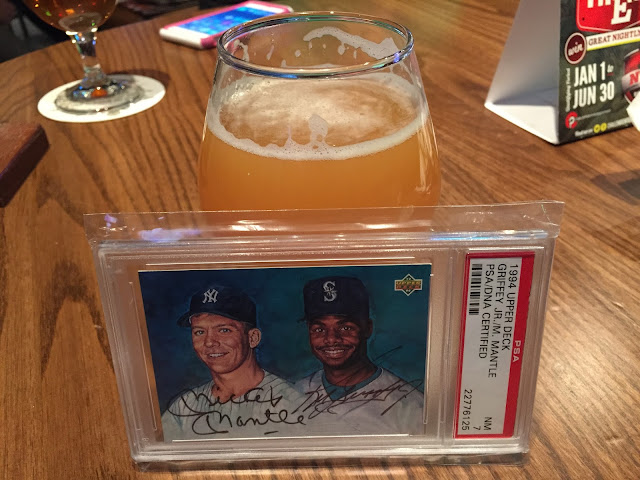 I started fancy and fruity and slowly worked my way across the spectrum towards the darker stouts (going the opposite way works well too). With all these liquids sloshing about in stemmed glassware I almost double-bagged the slab here, but instead I lived dangerously and went with the single-layer bag. 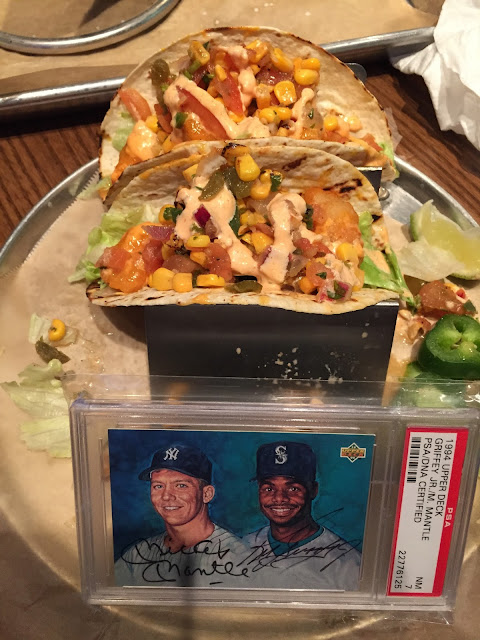 Didn't get a drop of sauce on it, 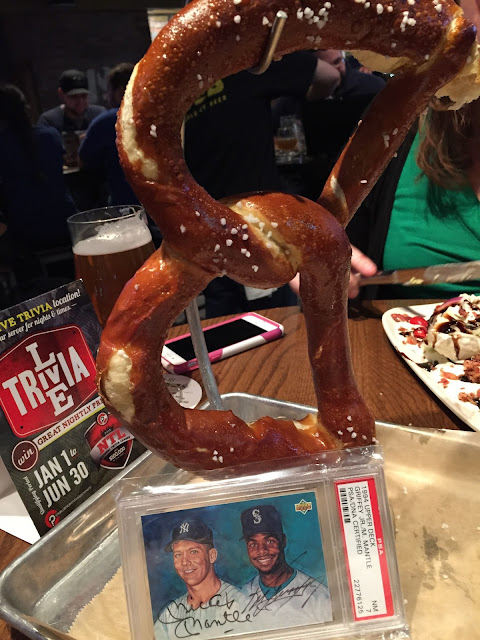 Here's one of those gigantic, dangly pretzels. Well, most of one. 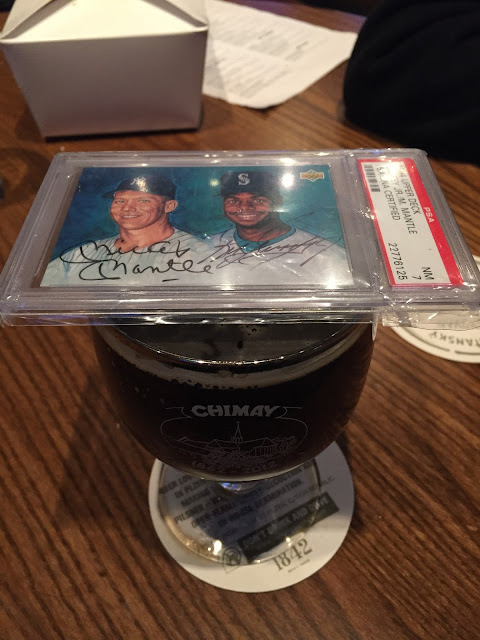 Last beer of the night. 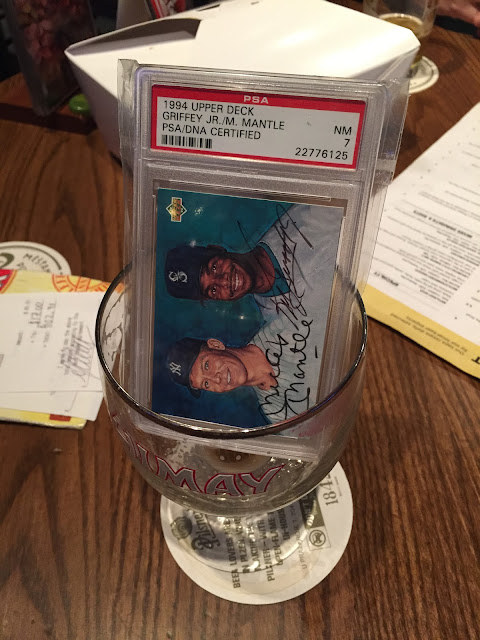 This one may have gone a little far, but a spectrum of beer will do that. 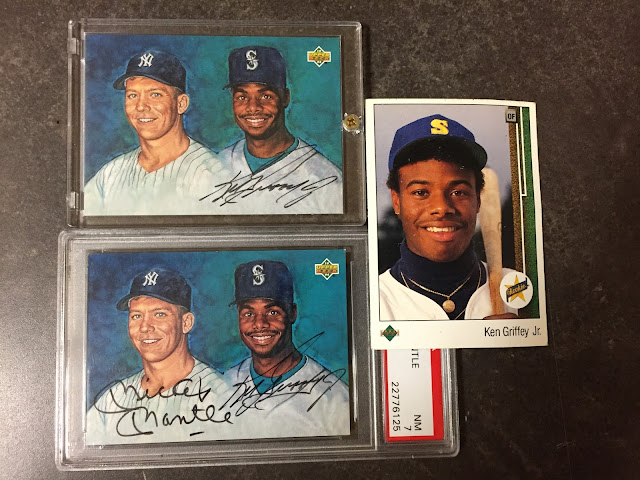 The next morning the torch was passed back to my original wallet card card. I snapped this picture of the two versions together before slipping them back into the safe deposit box. I may take it out again this Summer though, as we are going to hitting a water park in a few weeks.
Posted by The Junior Junkie at 8:00 AM