View From the Skybox Puts Mail Into Mybox: a Trade Post


I took part in a group break of 2012 Prizm recently.  It was hosted by Chris of the great new blog View from the Skybox.  Chris, like me, is a closet Prizm fan.  He busted three boxes, and I claimed the Mariners (of course): 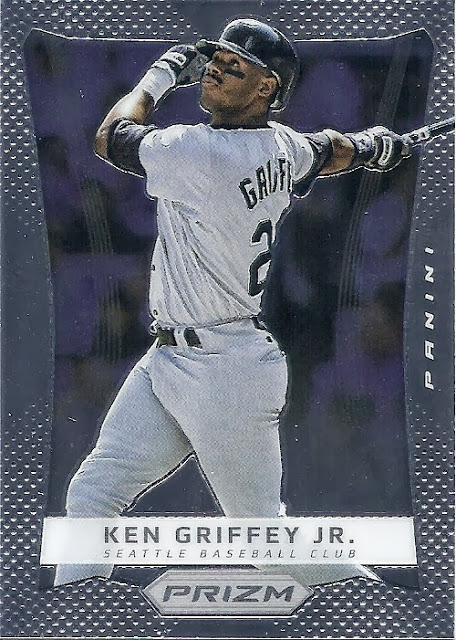 You can all relax - we got the Griffey.  This makes two for the collection.  I had hoped for a parallel of some kind, but knew this was highly unlikely.  I did, however, end up with a refracty rookie parallel:

That is Hisashi Iwakuma.  He has gone 22-11 in his two years with the M’s with an ERA of 2.91 and a WHIP of 1.116.  Funny how this hobby makes you pull for players you’d never heard of before pulling their cards.  I guess I’ll be keeping an eye on this kid….

Chris threw some lagniappe (cajun for extra) into the package as well:

A trio of Ichiros, all Seattle (the way I like my Ichiros). 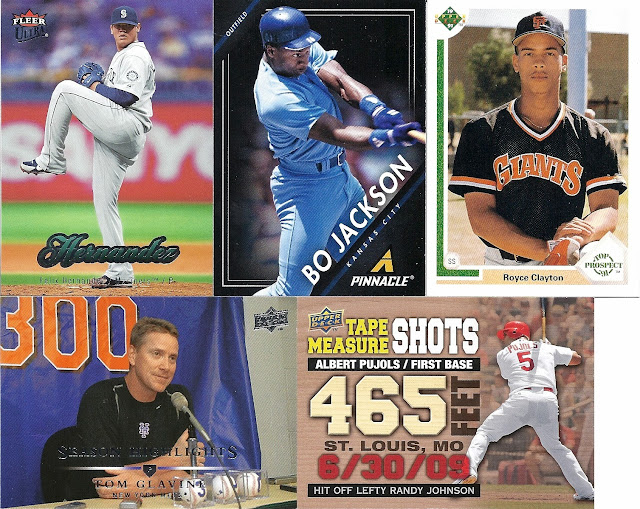 Keepers, all.  I like that Royce Clayton rookie, but it still trips me out to see Glavine on the Mets.

I think Chris saw that I like cards with silly names and goofy pictures.  Look at that guy’s name!  Hee hee: “Jim Slaton.”  What were his parents thinking??  Dude looks like exactly like Charles Bronson, too.  If you aren’t familiar with Bronson, imagine Chuck Norris with seven additional testicles and you’re halfway there. 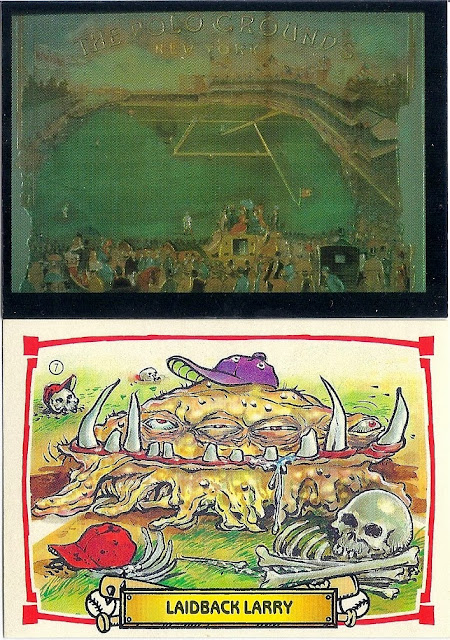 I love random cards.  I try to throw them in with trade packages as well.  I think a lot of them are like fruitcakes in that they just keep getting passed around and around but nobody wants to eat them.

That Polo Grounds card is quite an oddball - super-chromified, drastically off-center and difficult to scan, but visually appealing.  I might eat this one after all….

Thanks for all the goodies, Chris!
Posted by The Junior Junkie at 9:00 AM