I hadn't seen Griffey Guy in six months before yesterday.  We just kept missing each other at shows, and then there was no show in March because of Mardi Gras.  Well, we finally reunited yesterday, and the day was lucrative on both ends.


Despite all the shiny foil cards and relics, I consider this the find of the day: a complete Pacific Cardsupial.  I can't imagine how many times I'd passed this card right by while flipping through Griffey Guy's wares.  I've read about these and seen pictures online, but I had no idea what I was holding until I took a good, long look.  It was the back that gave it away: 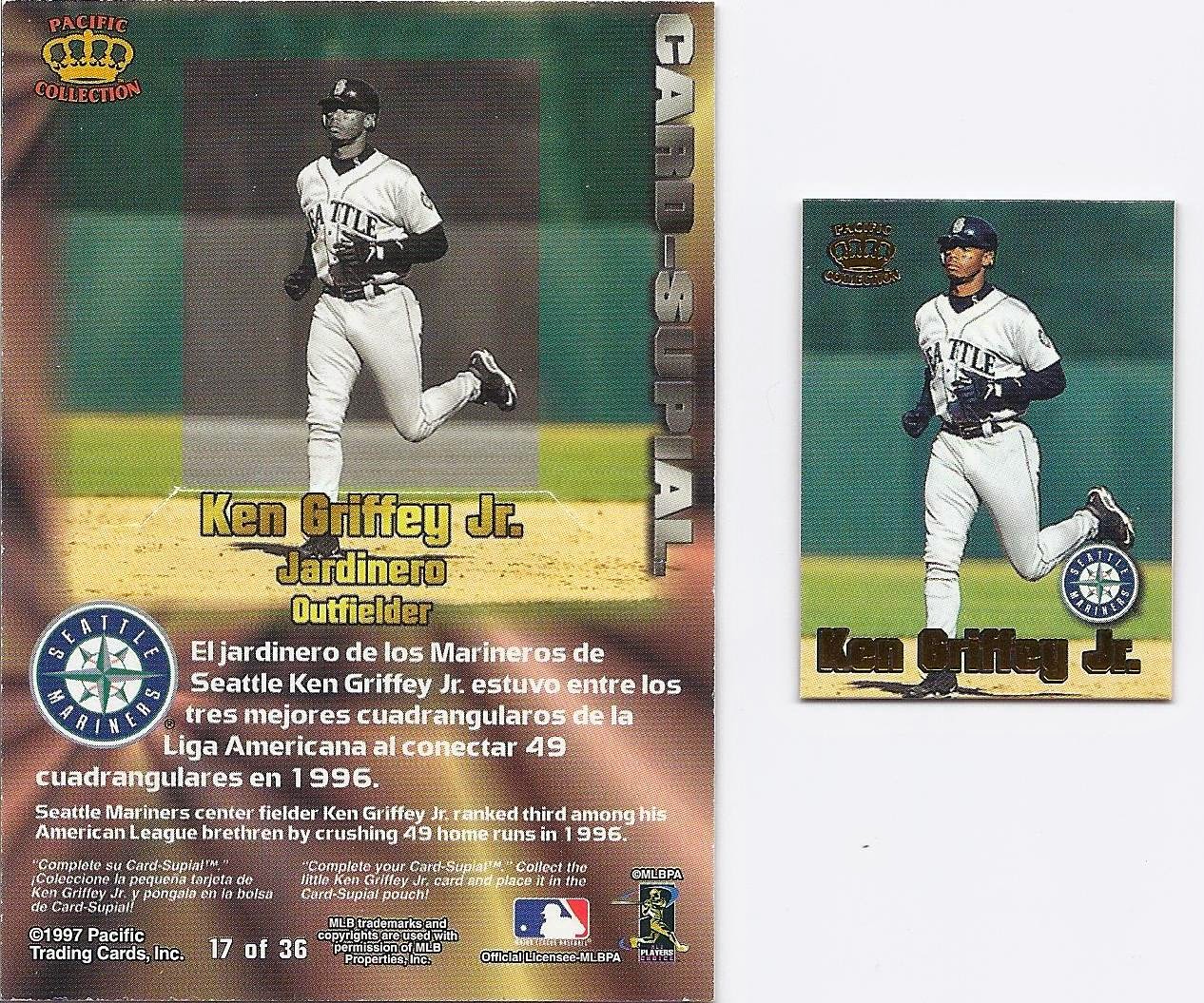 And that would be the back of the main card and the front of the mini.  Here's what they look like together: 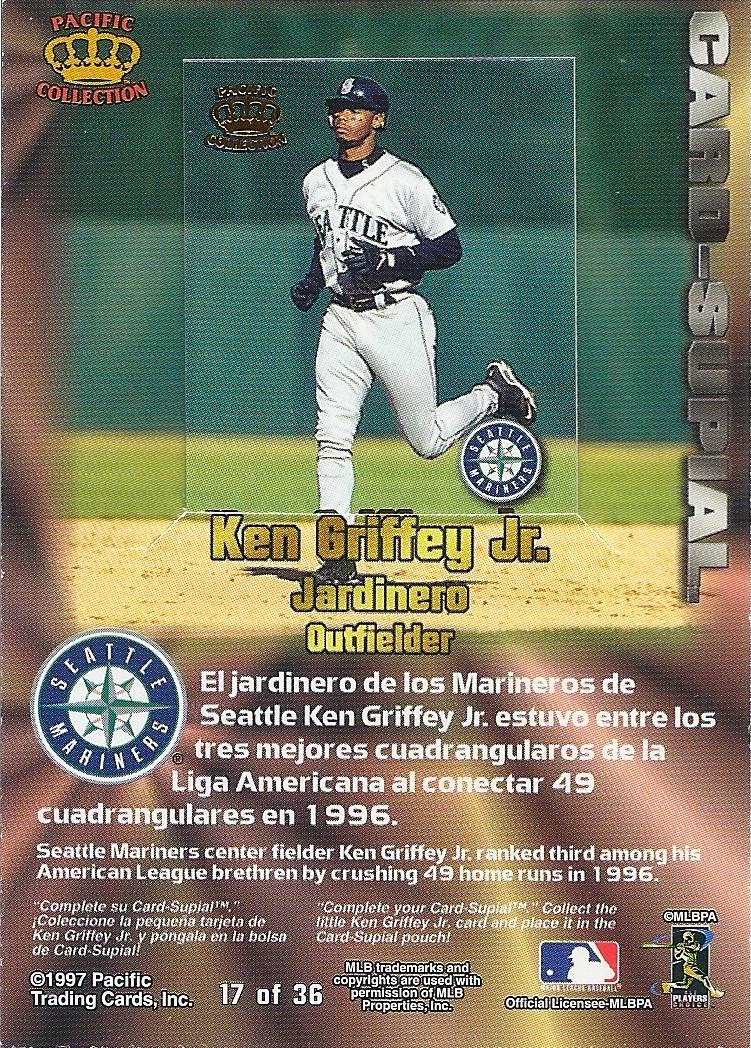 To this day the Card-supial insert remains of the most bizarre ever made, and I think the collecting community knows that.  Considering the prices I've seen for these online, I got this for a song.

Here are a lot of Griffey Guy purchases in a row: 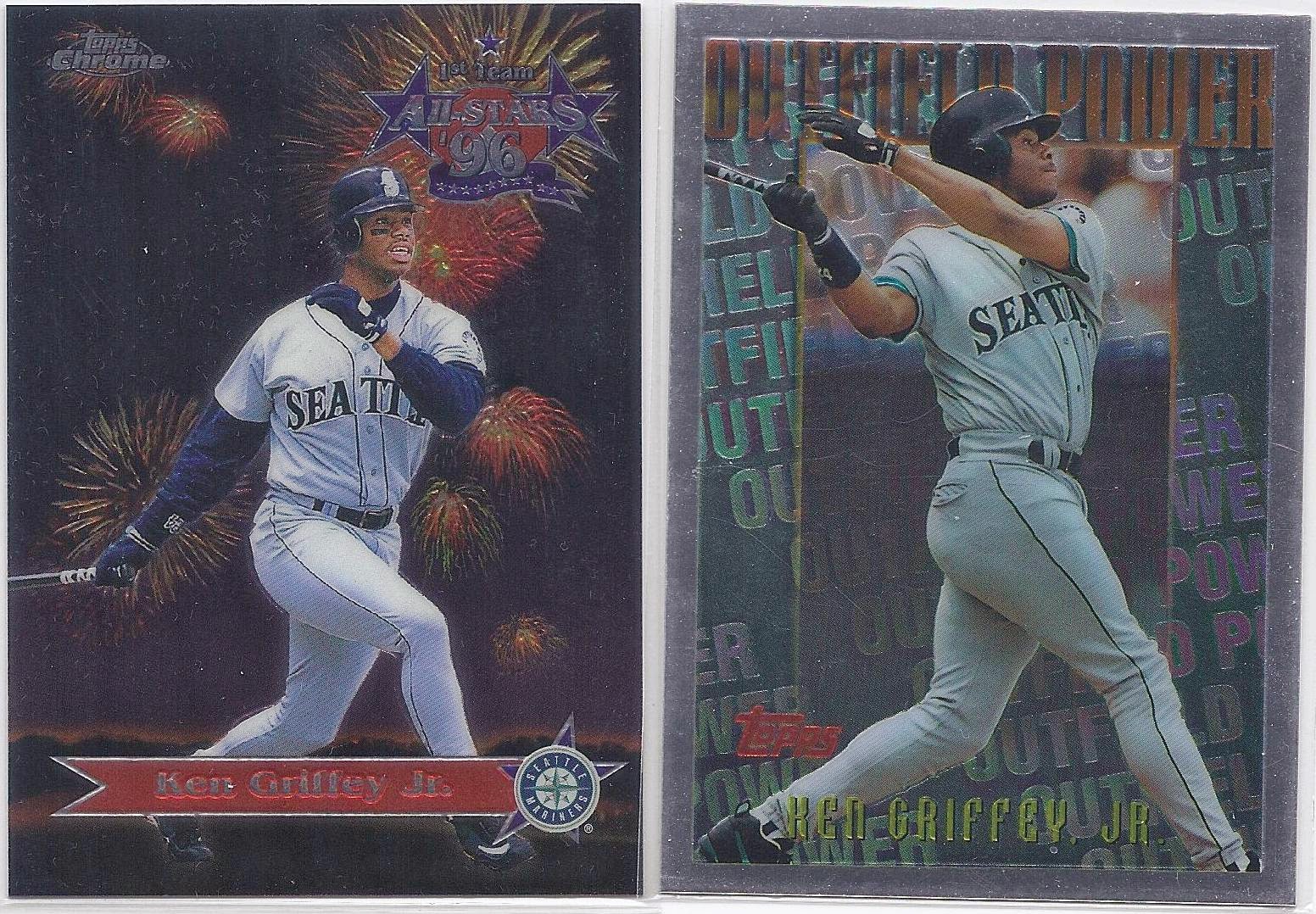 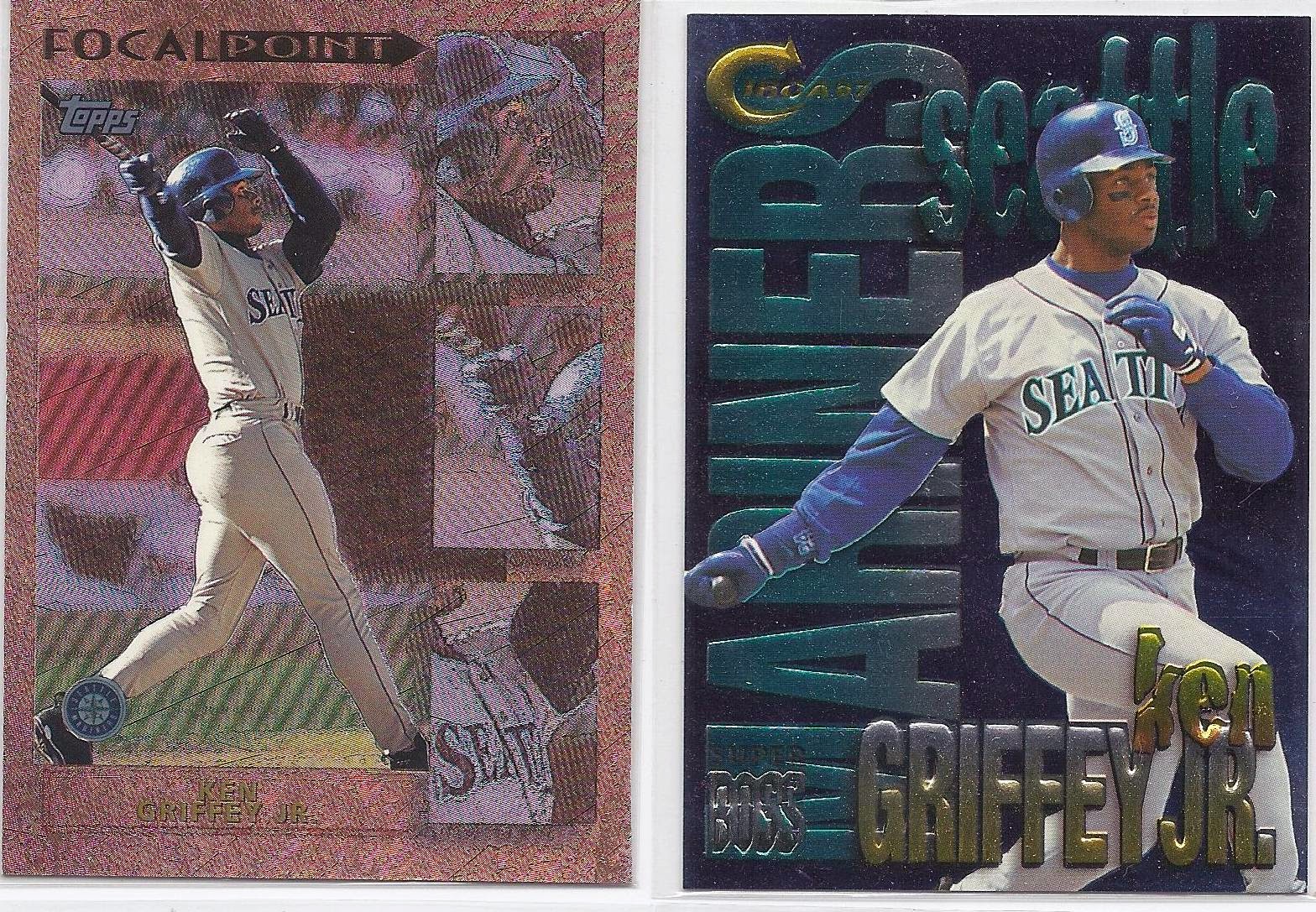 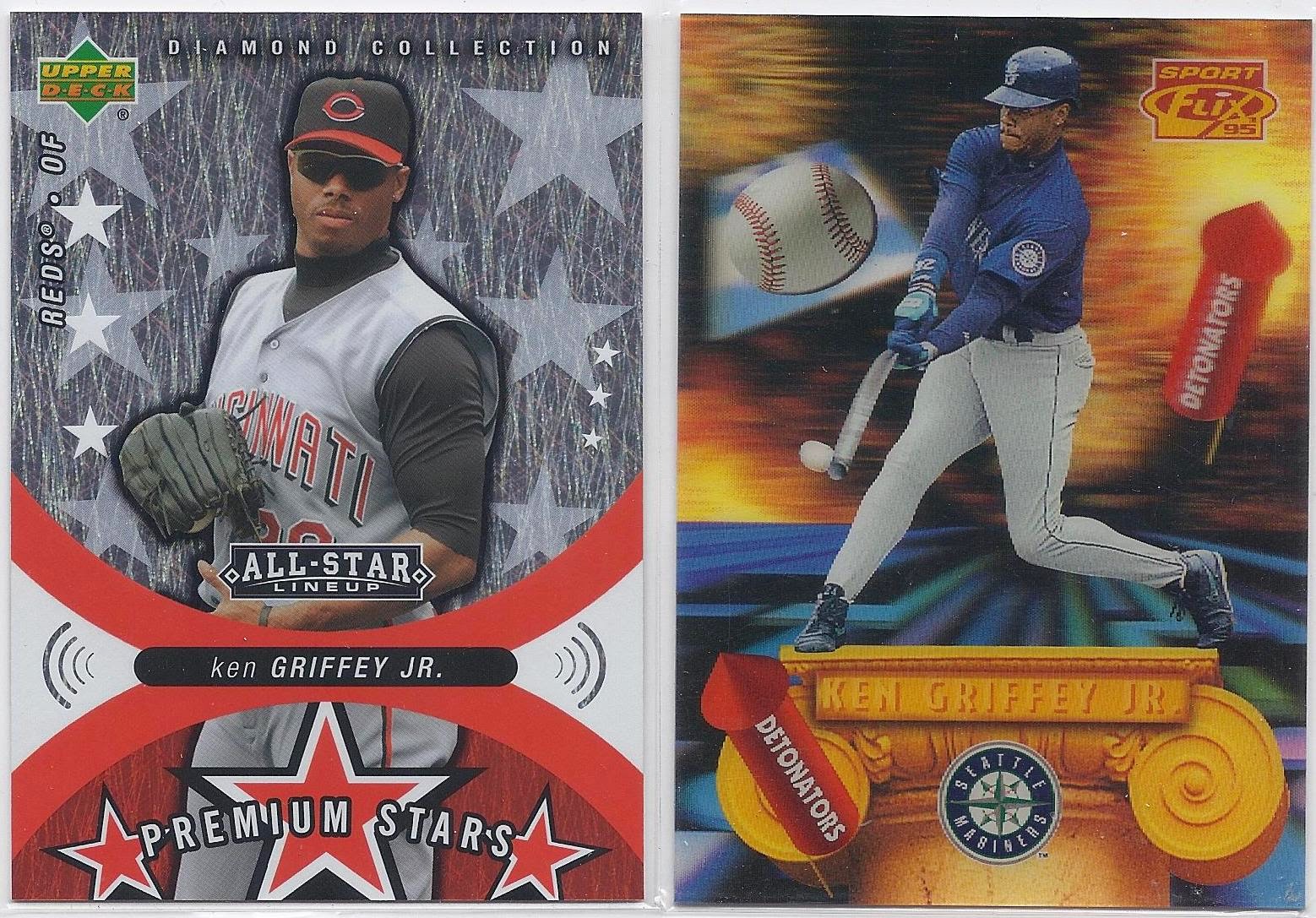 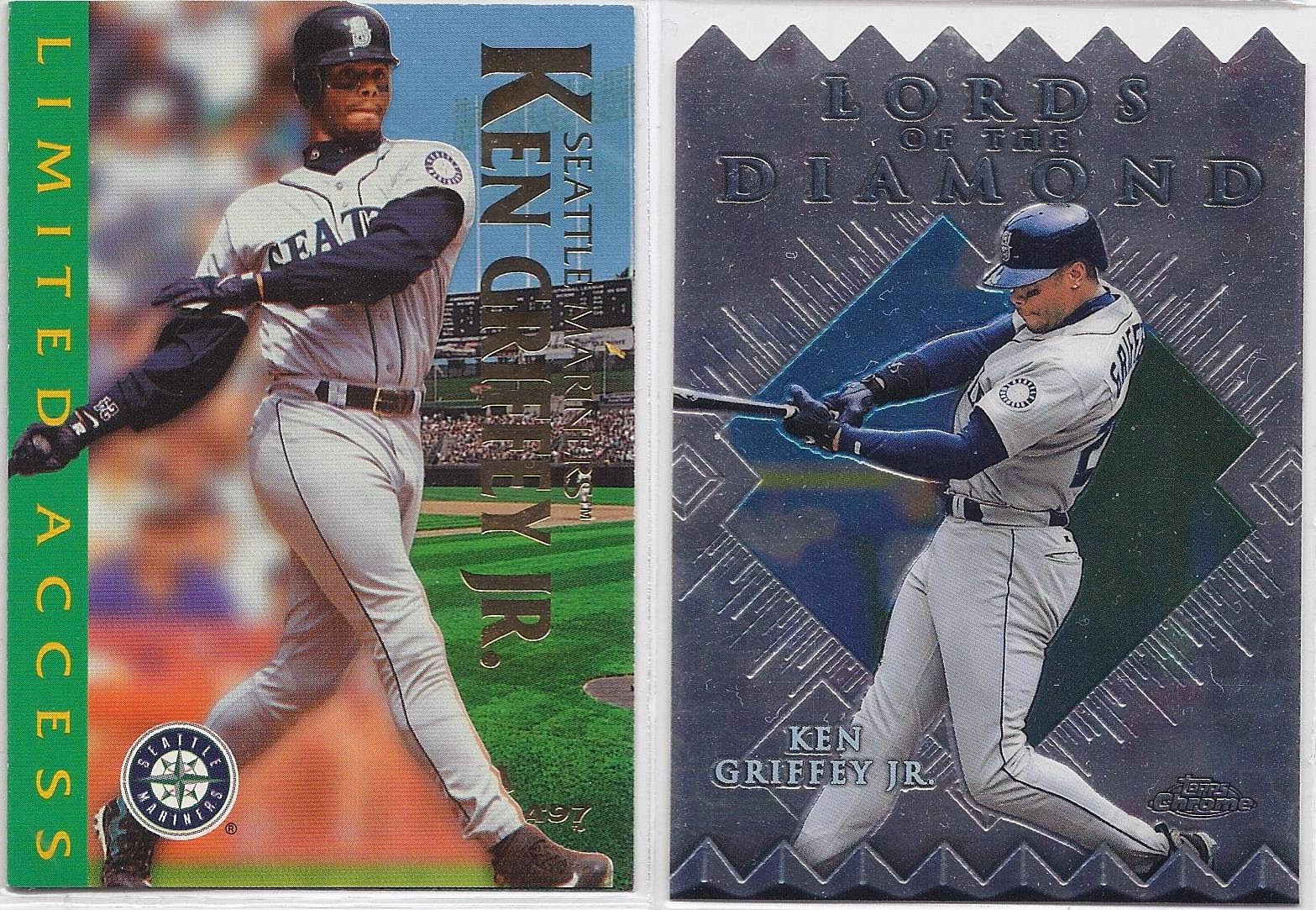 There are a bunch more versions of that Lords of the Diamond card than I thought.  Luckily this regular chrome version is the last one I needed. 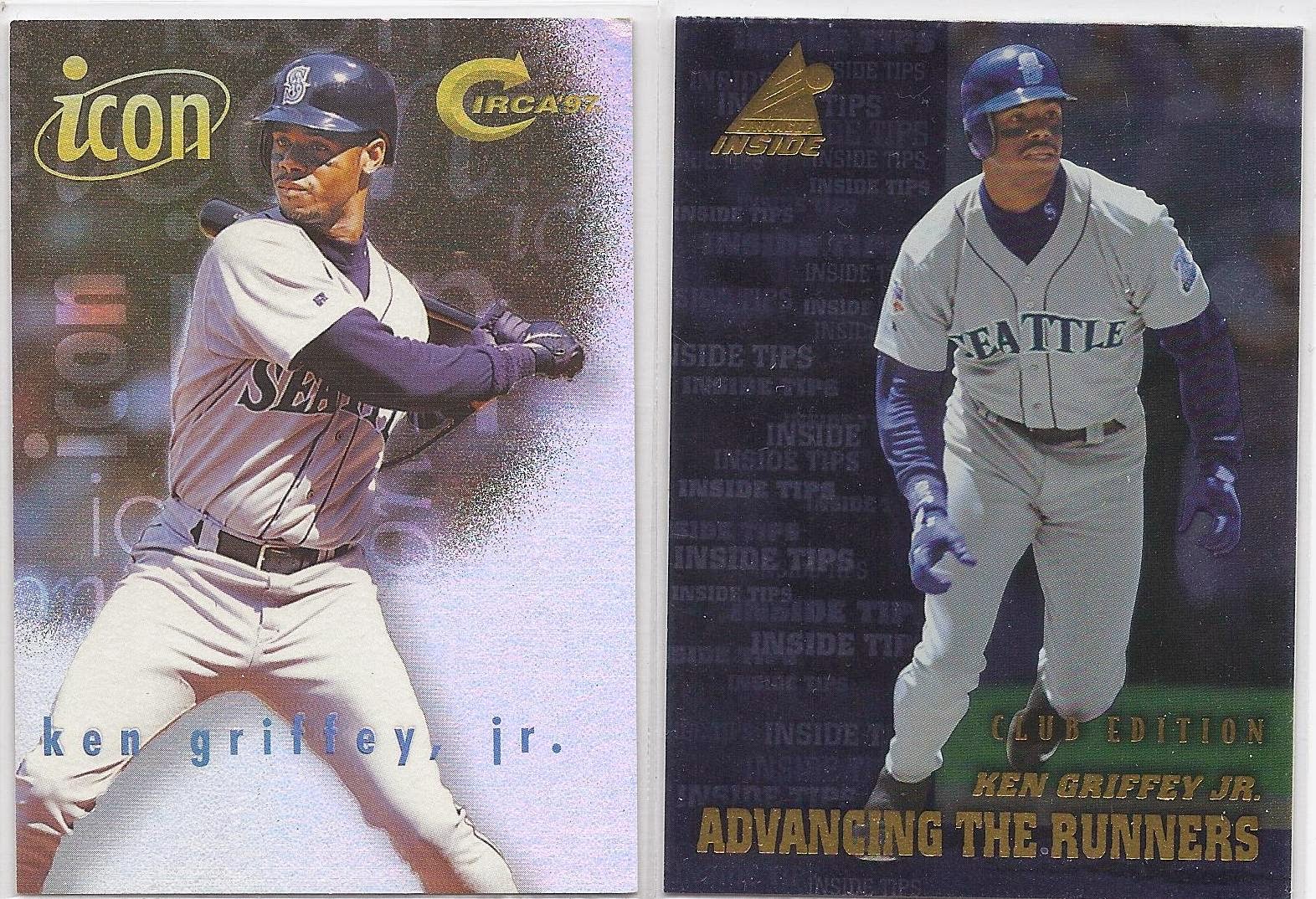 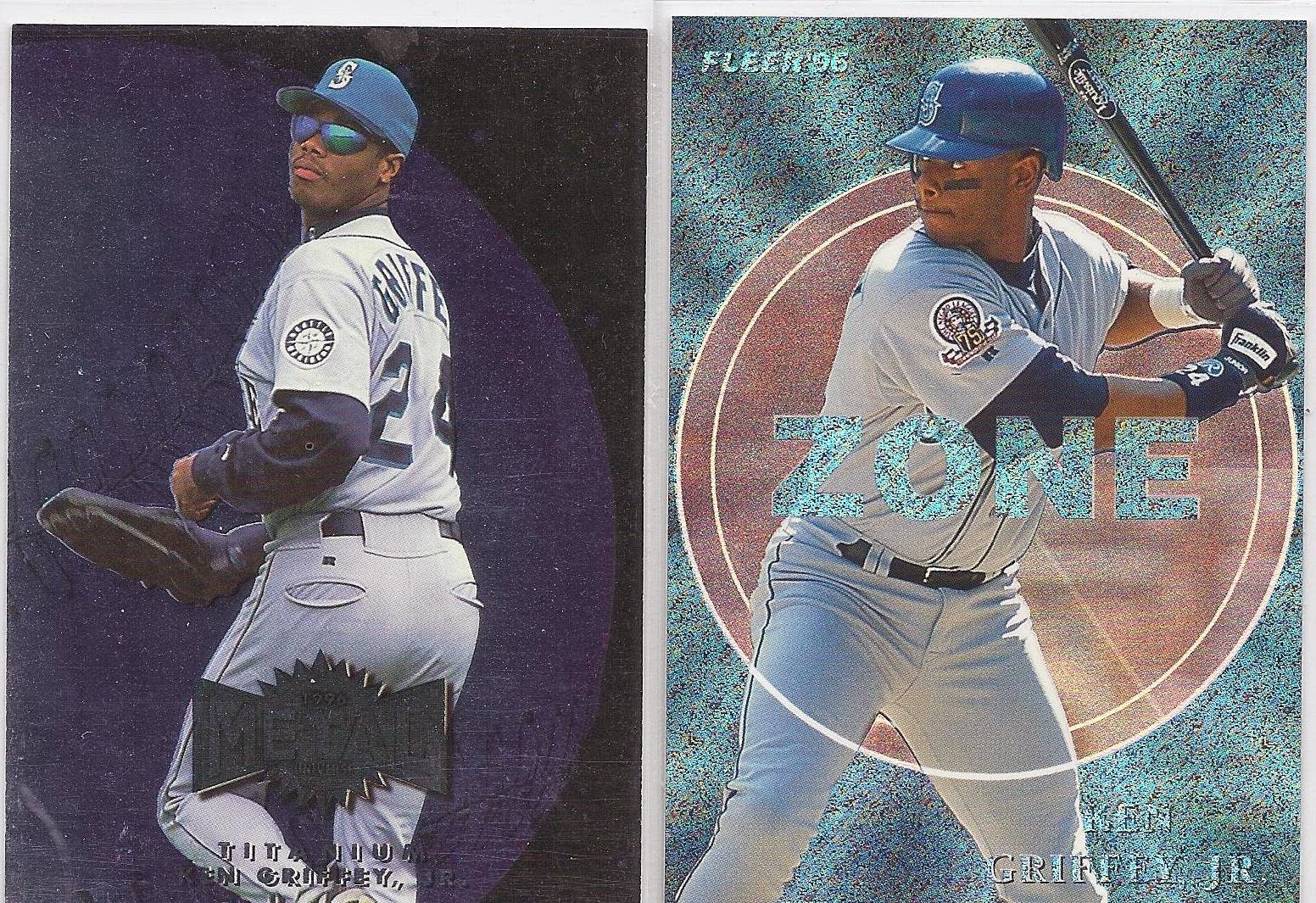 These two eluded me for too long. 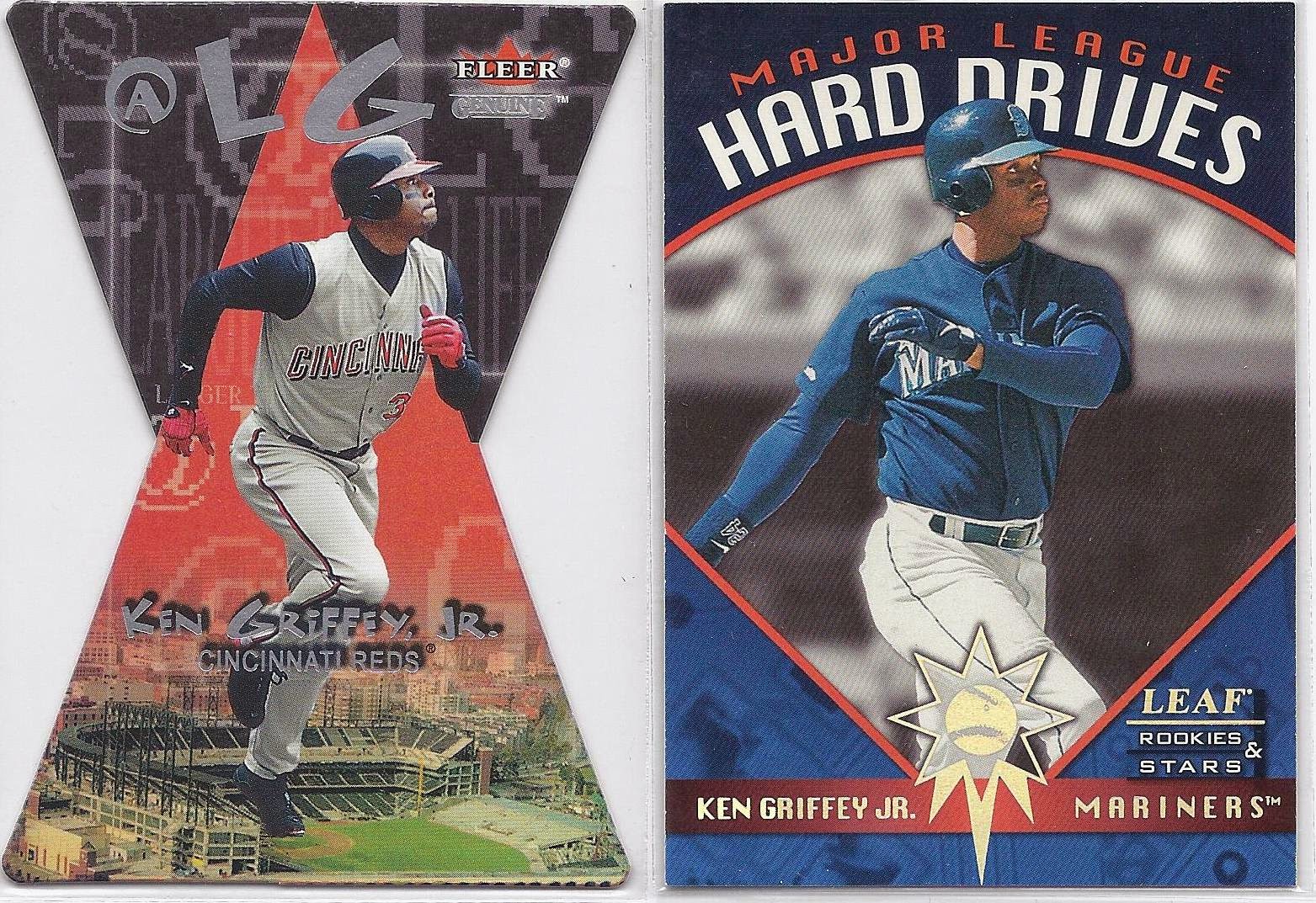 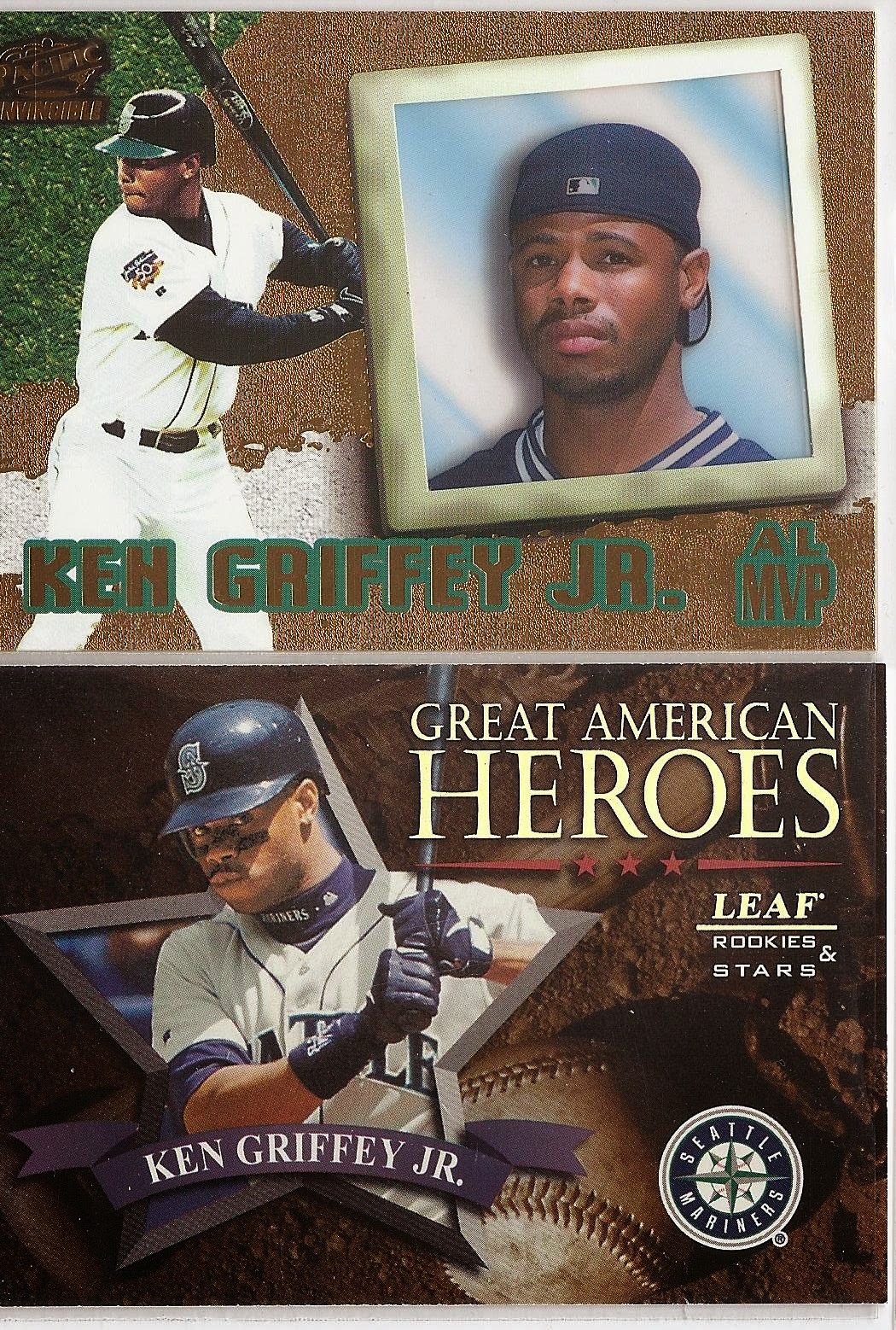 That Pacific AL MVP card has a framed translucent window where the portrait is.  Pretty neat. 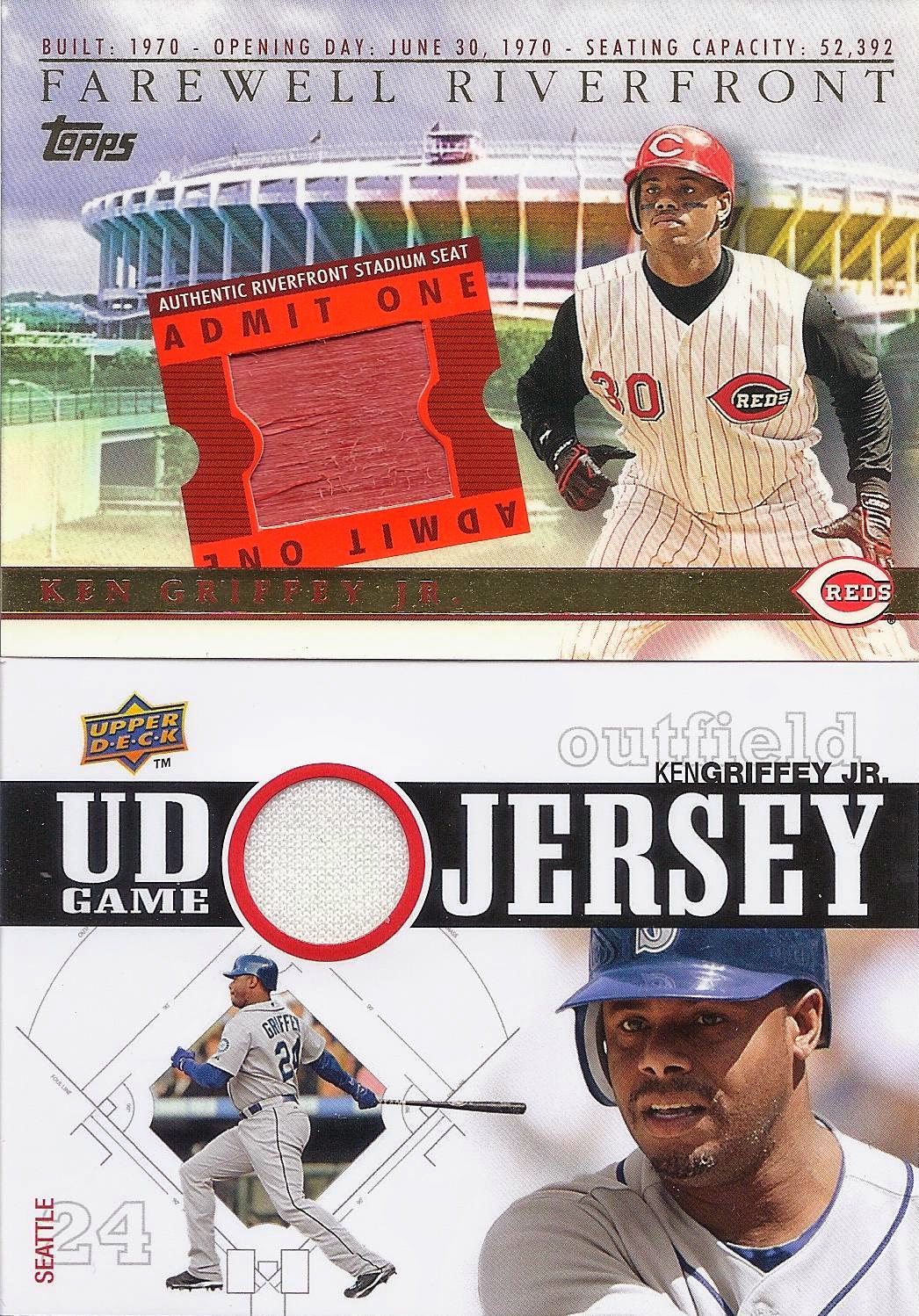 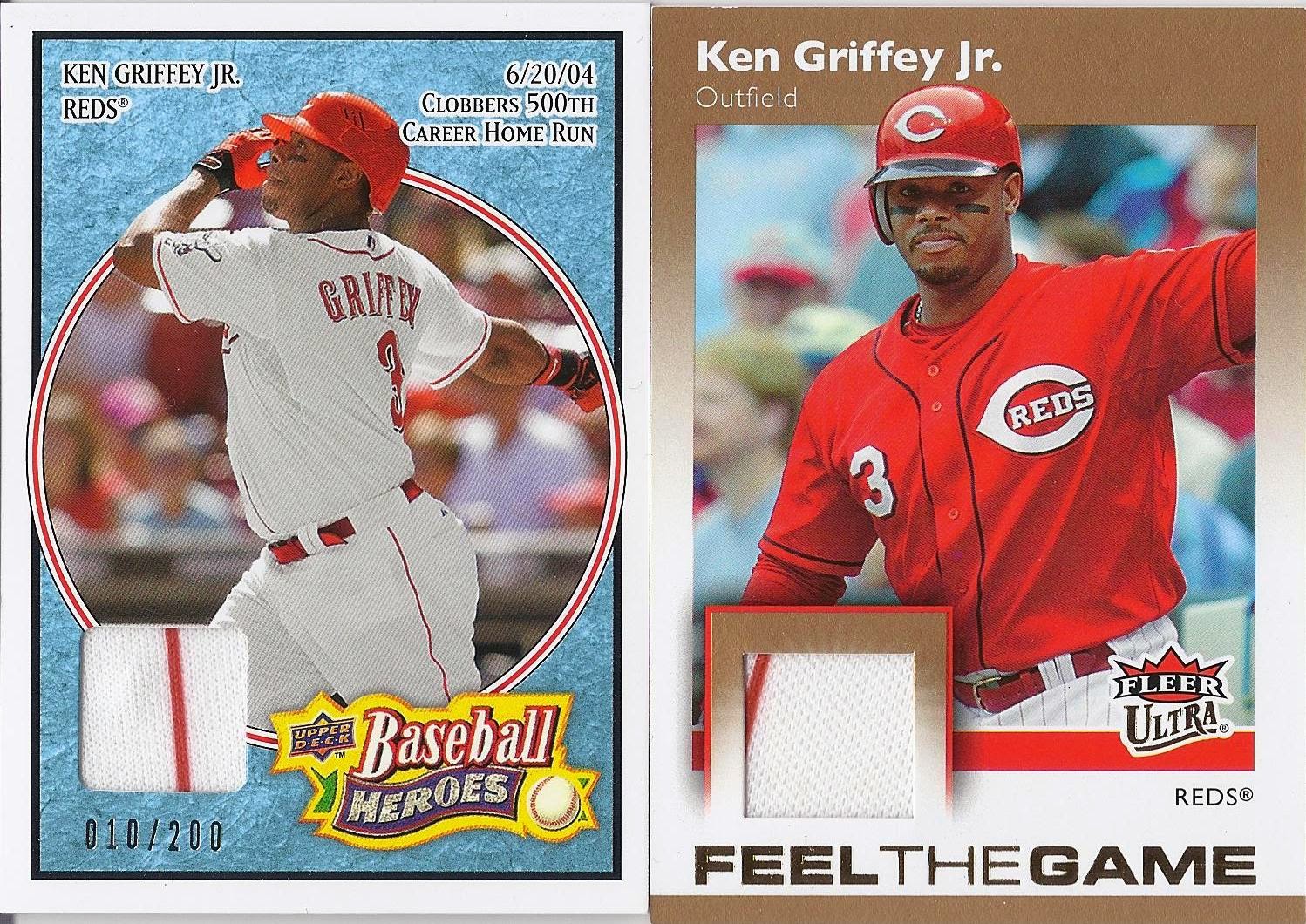 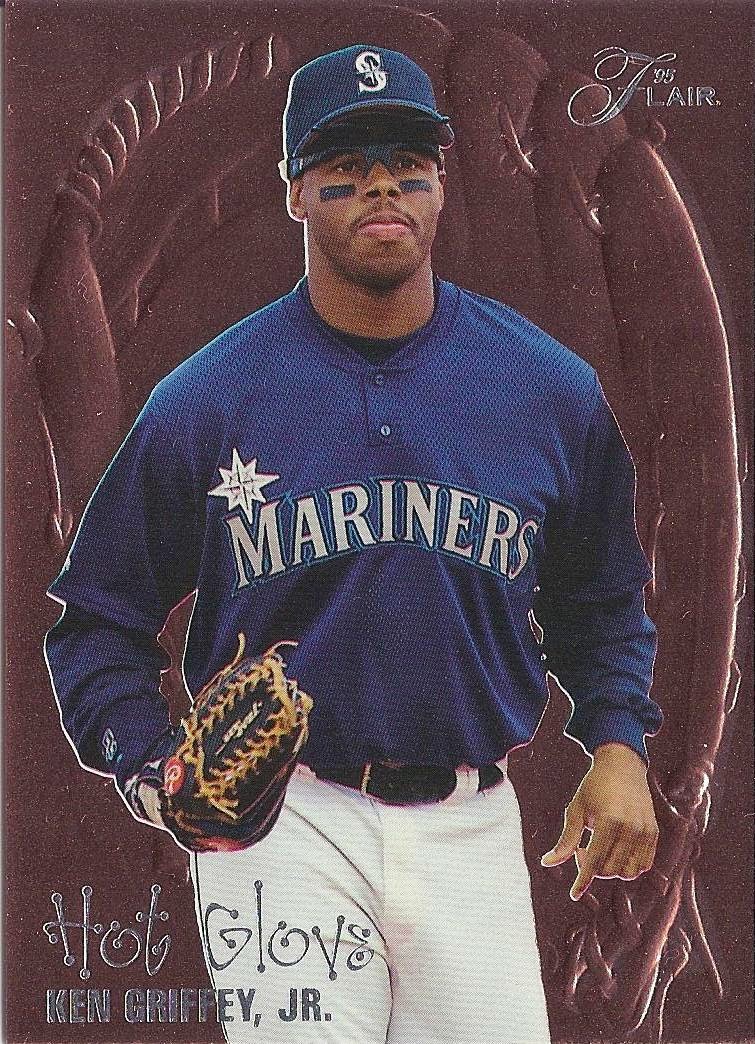 This card is beautiful in person.  I remember when these were listed in the Beckett for 60 bucks.  I can finally see why. 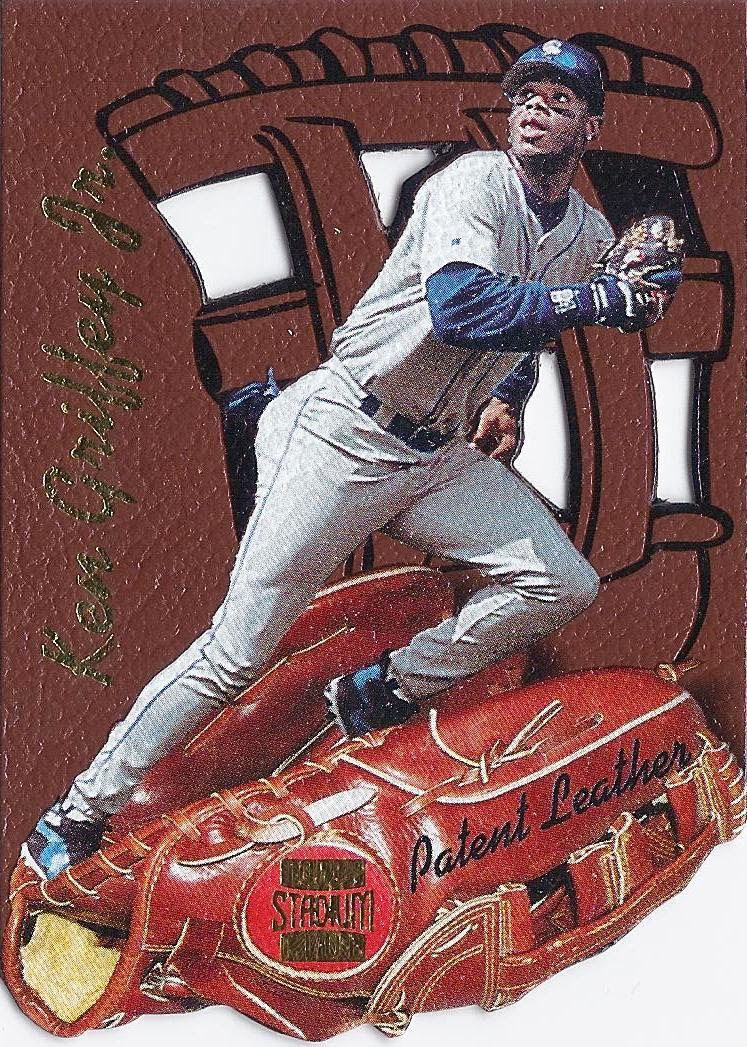 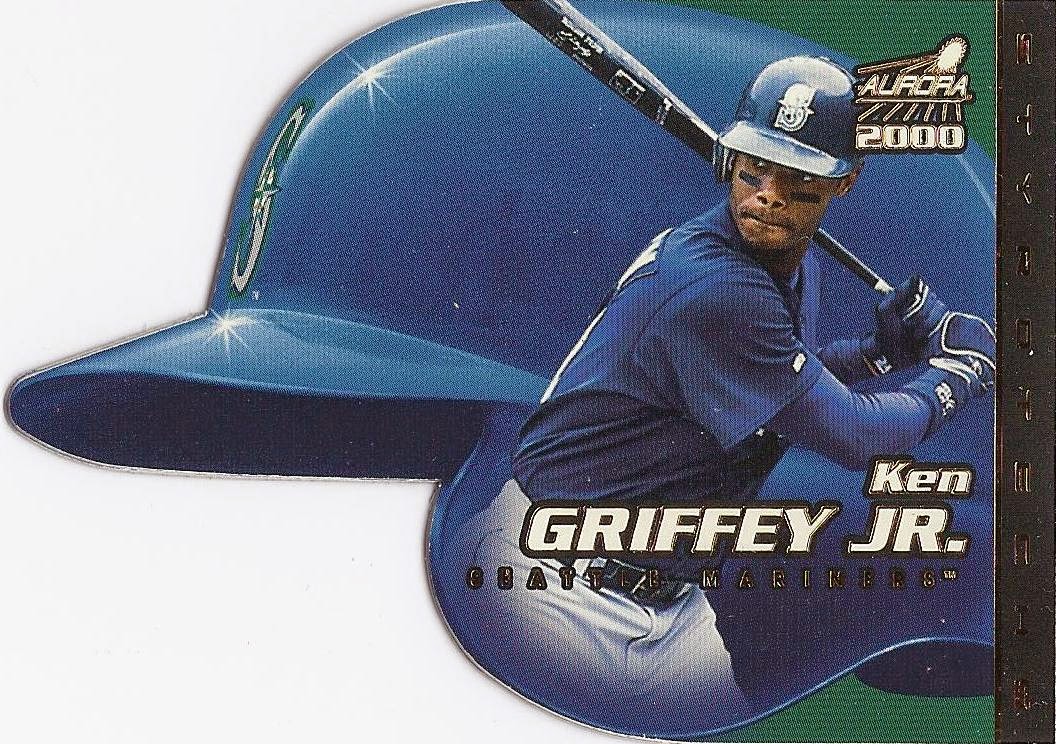 The best year of Styrotechs. 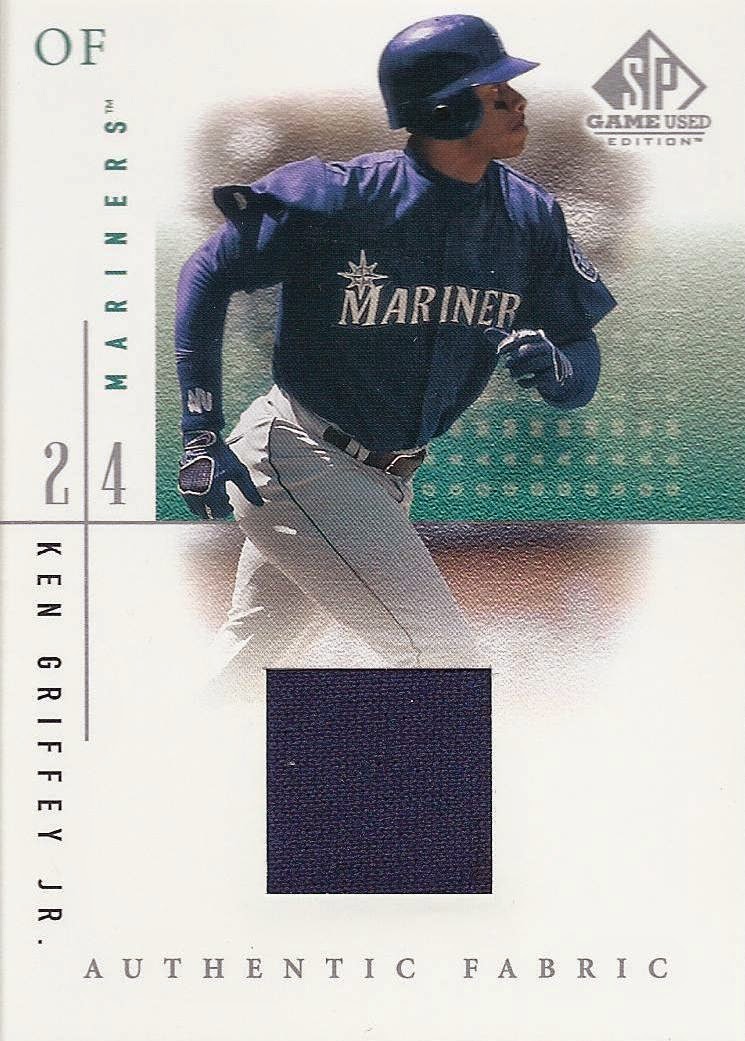 That's it for the Griffey Guy haul.  No patches this time, but I consider it one of my best ever.

This particular card show was a lot busier than I'm used to.  Instead of the usual 6 tables there were more like 10 and lots of patrons.  I even met another dealer who had a nice stack of Griffeys to offer.  He wasn't as generous with the discounts as Griffey Guy, but I did find a few nice cards from him: 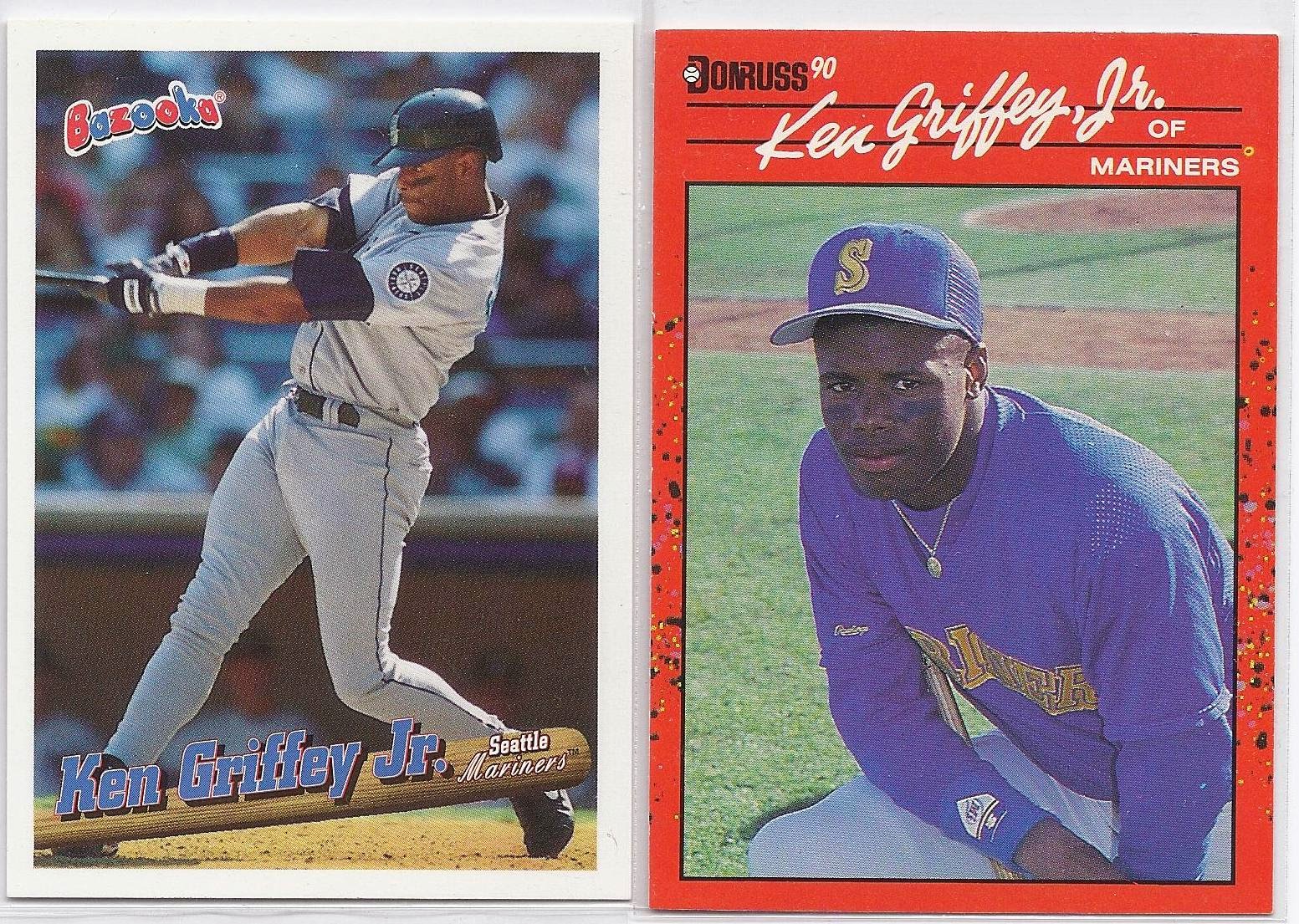 These came from the 5 for $2 bin.  I only grabbed that '90 Donruss because it has the speckle variation I mentioned back when I showcased that set.  I even pointed the variation out to the dealer - he was polite but didn't really care. 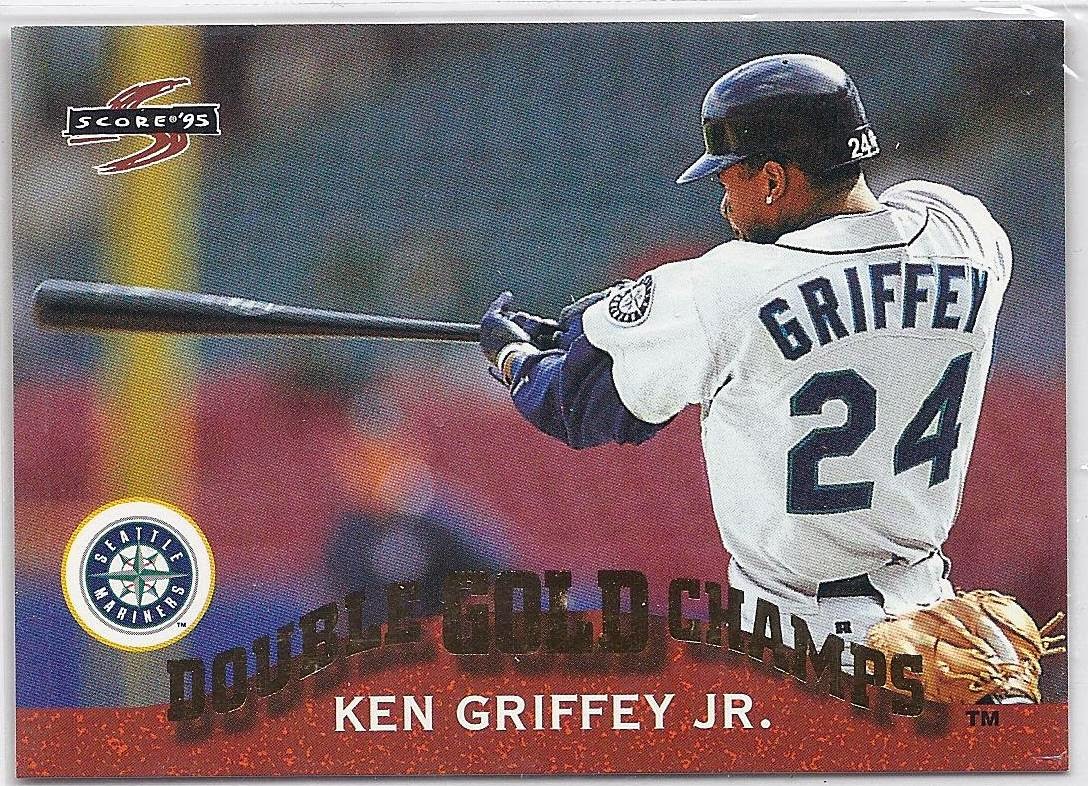 Nice picture, and its an insert I didn't have. 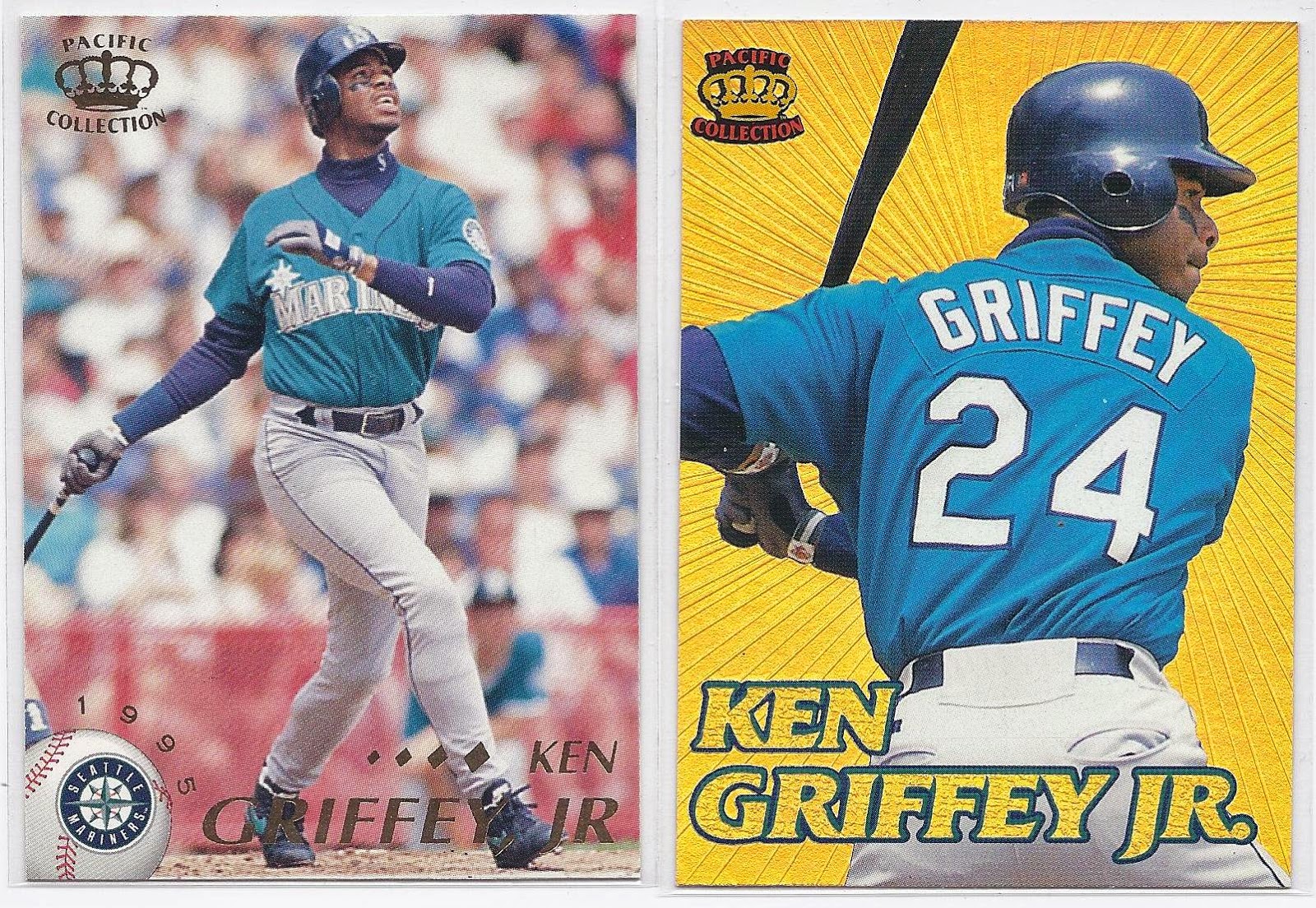 I still can't believe  I was missing that Pacific base card.  Nice insert, too.

This dealer also had something no other dealer had: a 50 cents box (or 5 for $2).  I found some great stuff for other bloggers and a bunch for me, of course.  Here is what that box yielded: 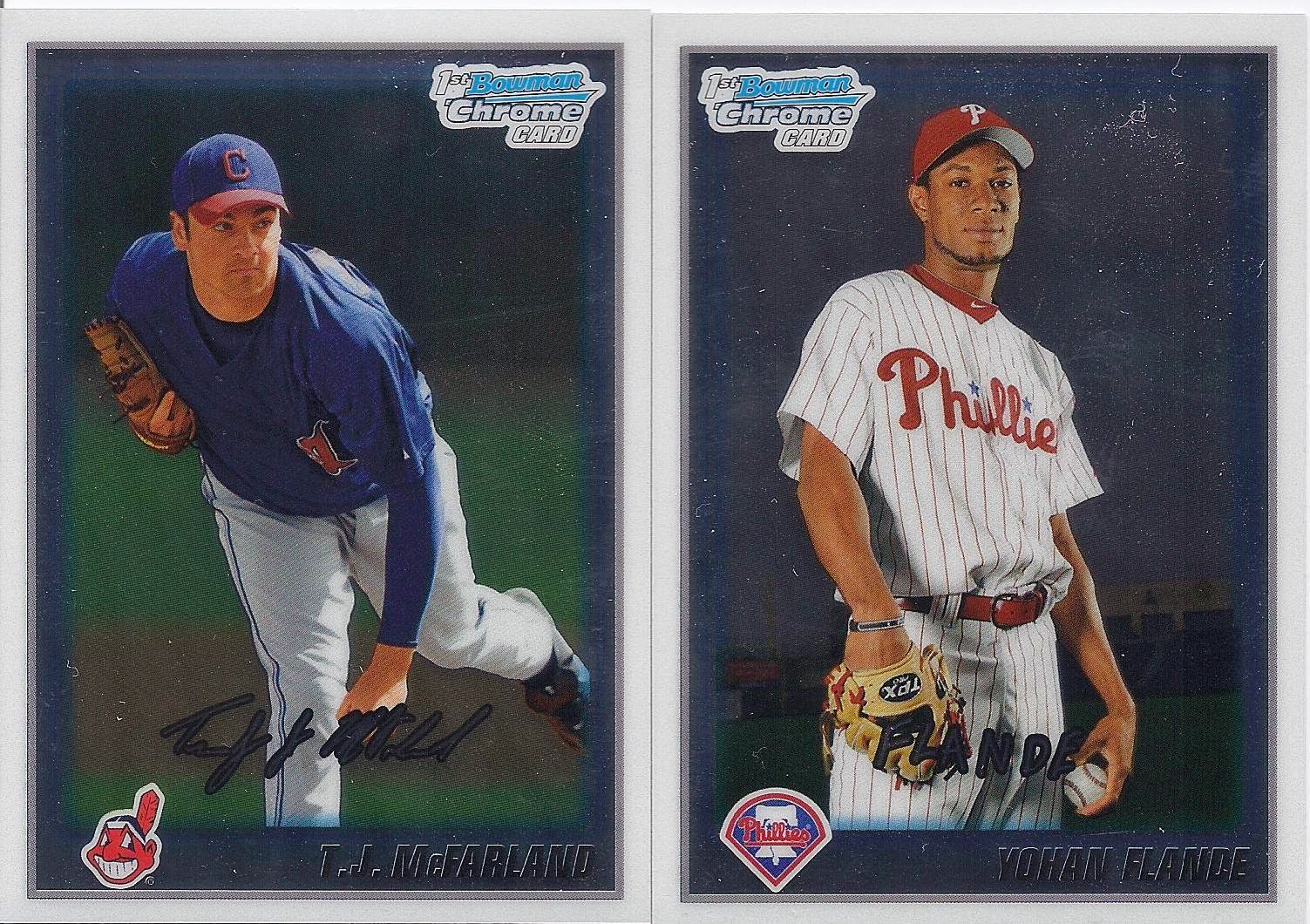 I've started casually collecting T.J.'s, particularly those with a signature visible.  That, and I really like Yohan's signature. 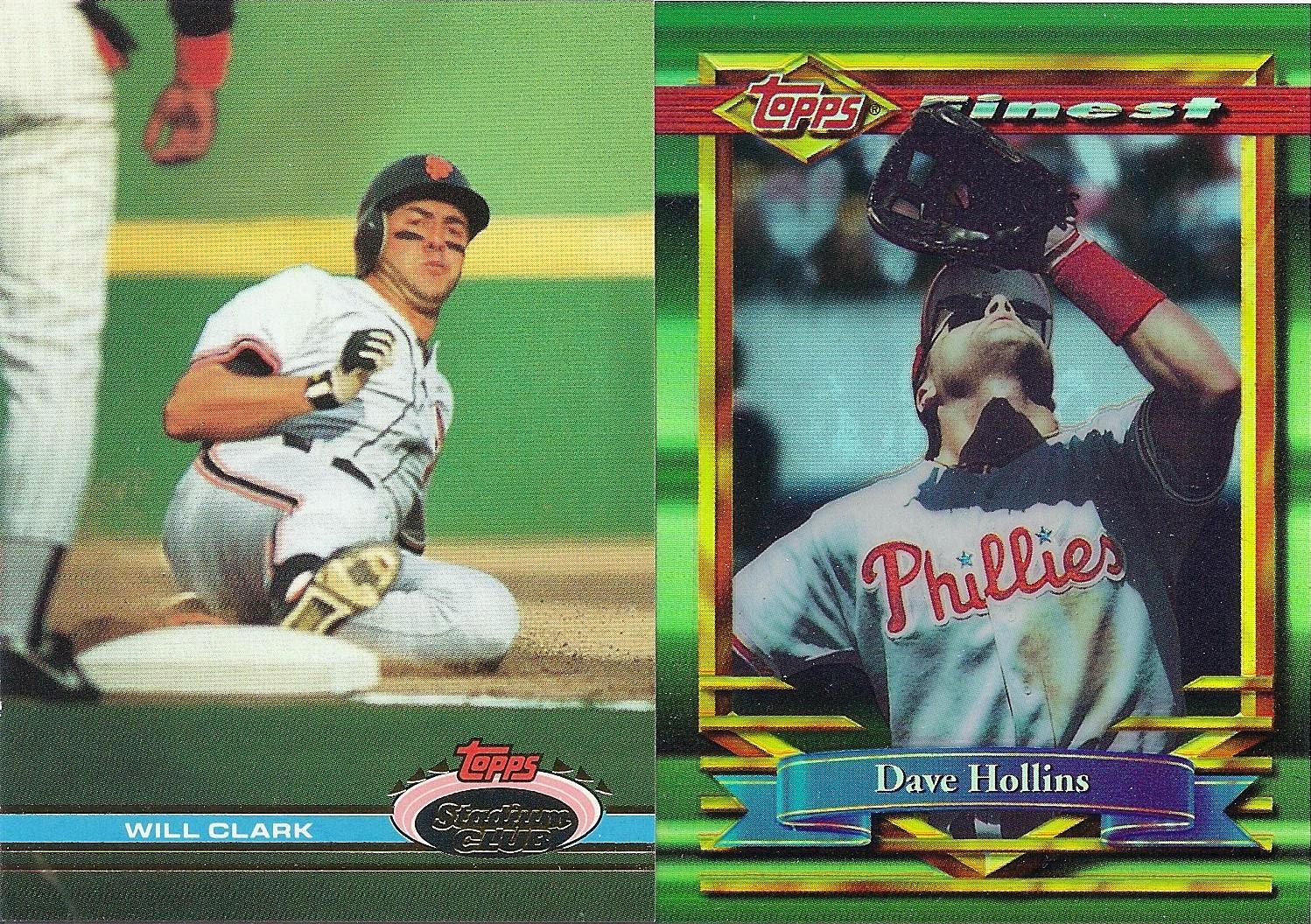 A great sliding Clark and a '94 Finest refractor.  I figure somebody would want that one. 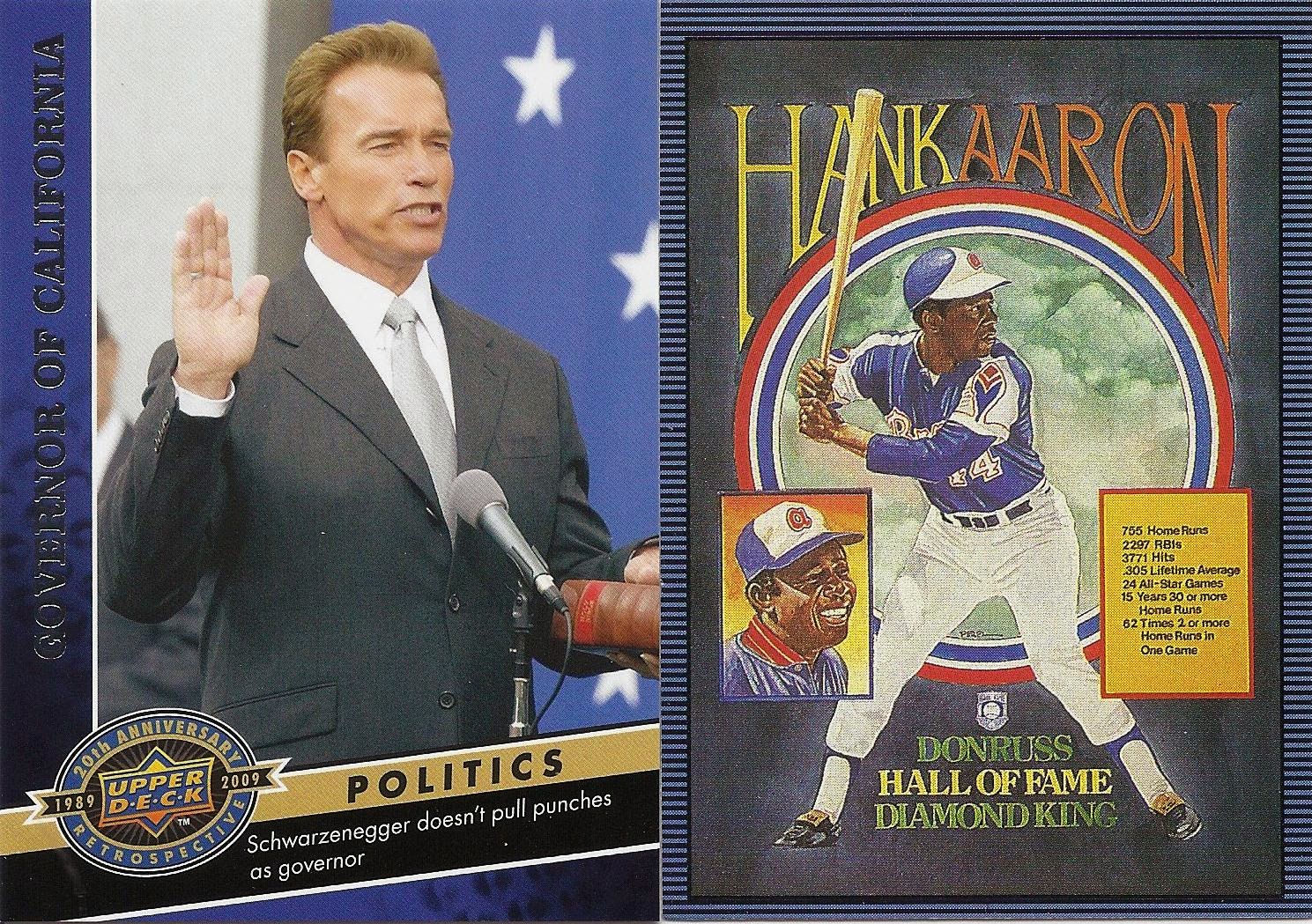 These may be my two favorites from that box. 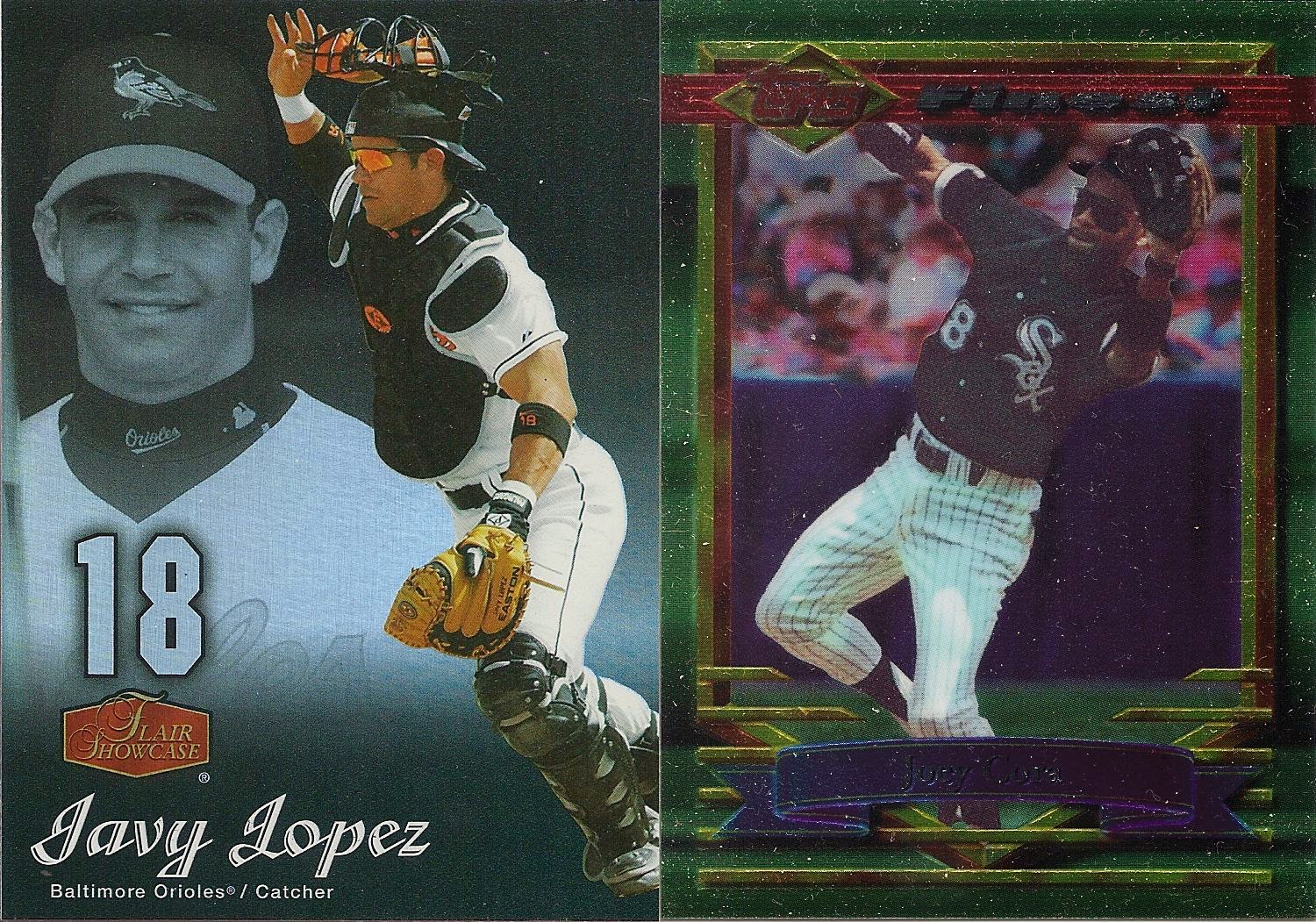 Two of my lesser-known PC's. 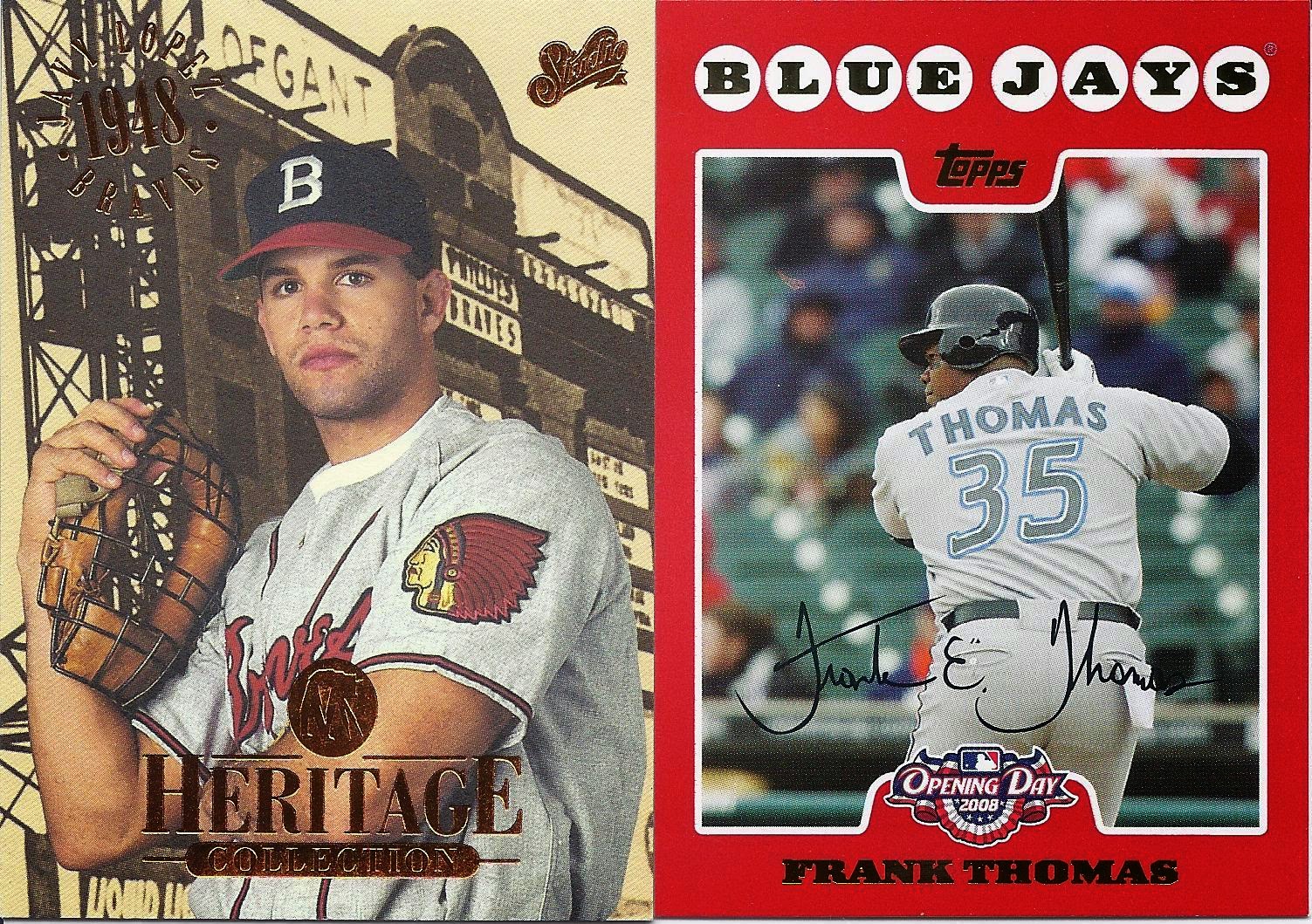 Another great Javy and a Frank Thomas card so garish and bizarre it made me cross-eyed. 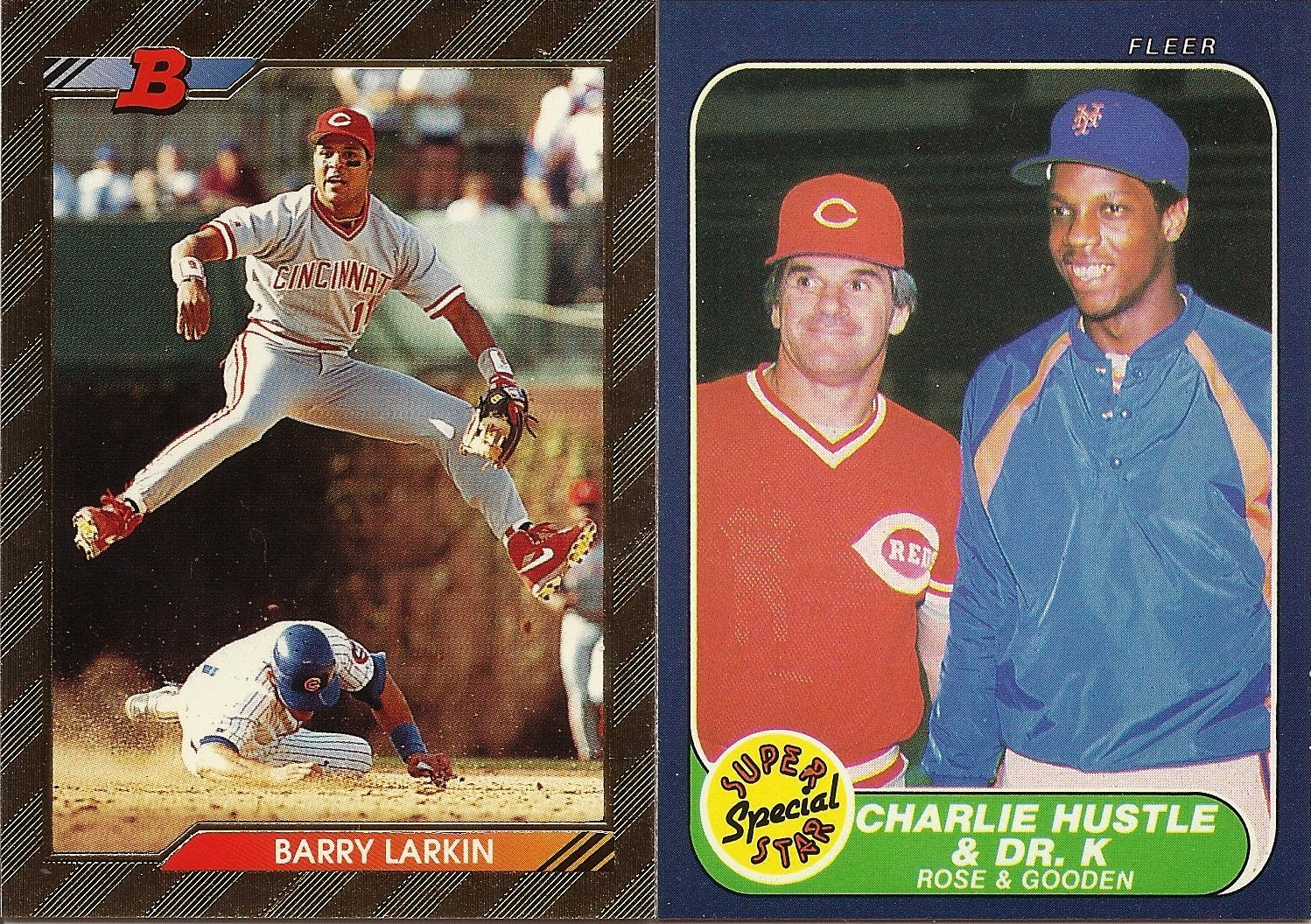 These have been showcased on numerous blogs before, and now they are mine! 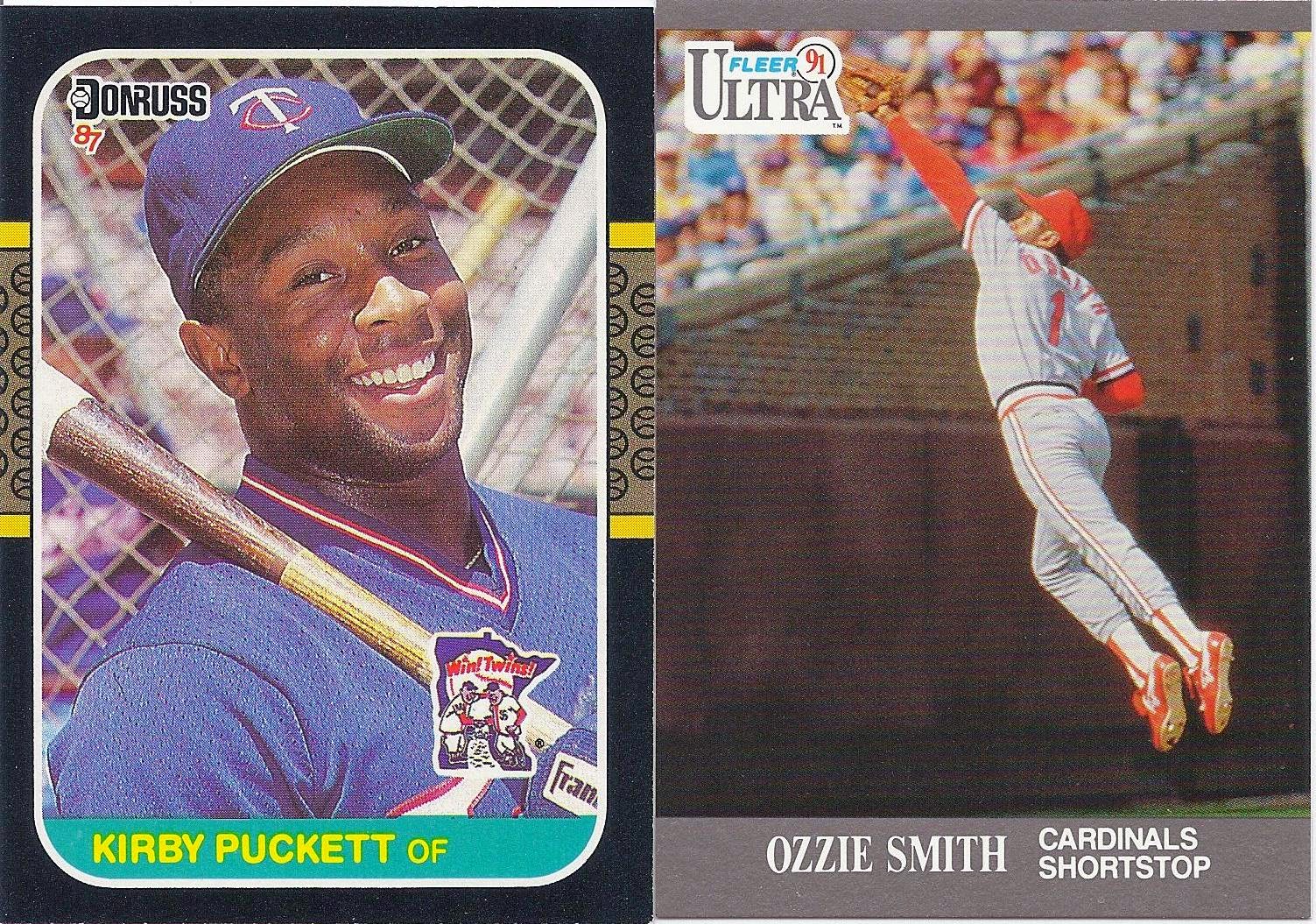 Probably my favorite shot of Kirby ever, and I actively collect shots of Ozzie fielding.  They always makes for great cards.

There's one gentleman who always has the most recent packs available.  Being that I've never bought one in my life, I decided to throw down ten bucks on three packs of the new Donruss:

That Posey is a silver Press Proof parallel.  They're not bad-looking cards despite not being paintings. 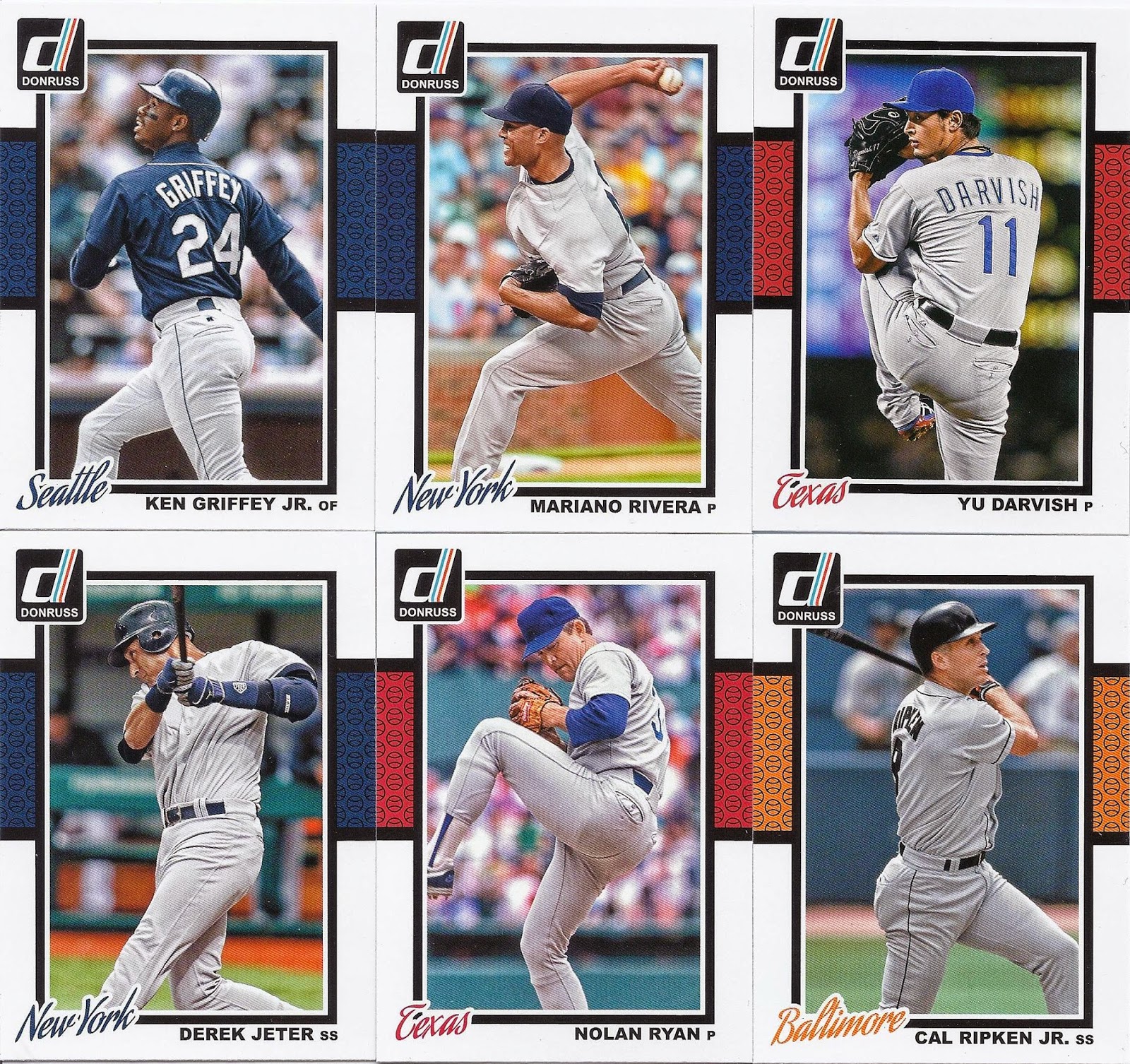 A pack-fresh Griffey!  This does not happen often.

And finally, I needed a '63 Fleer for an upcoming set showcase I'm working on (expect it this week).  I really wanted the Maury Wills NL MVP card, but it was a little more than I was willing to spend.  Instead I picked up this guy: 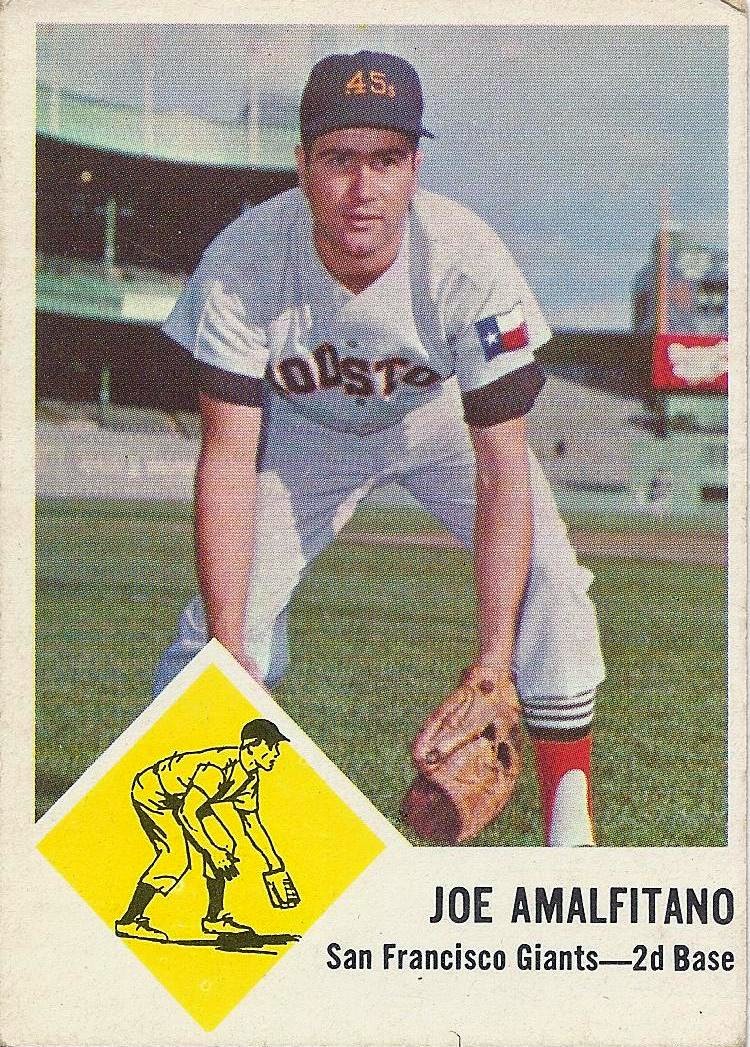 This vintage seller showed me 2 binder pages of commons and let me choose.  I went with this one because of the great picture and the Colt .45's cap.

That's it.  Here's to all the great card show experiences I've been reading about...
Posted by The Junior Junkie at 11:04 AM