I had my first international trade this month with everybody’s favorite Euro-blogger Jeroen of the great blog The Dutch Card Guy.  Jeroen has clearly been setting aside Griffeys for some time because there was a nice stack as well as a fun mix of other goodies, treats, novelties, and what-have-yous.

First, my favorite card in the package, possibly the world: 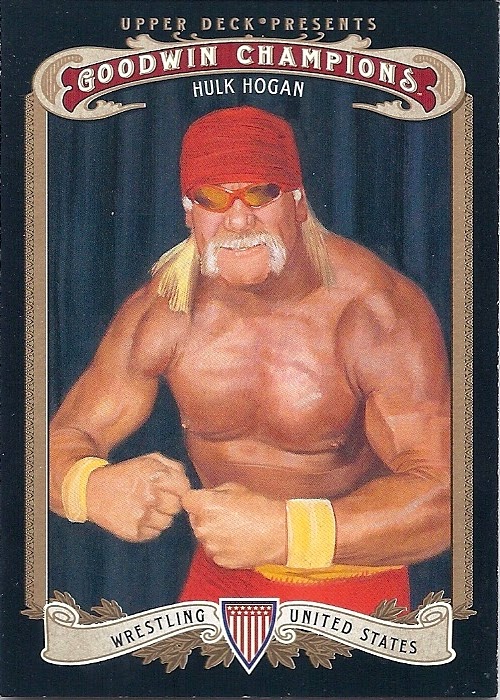 Terry here was just in New Orleans for Wrestle-mania.  Gotta love that flaxen doll hair of his. 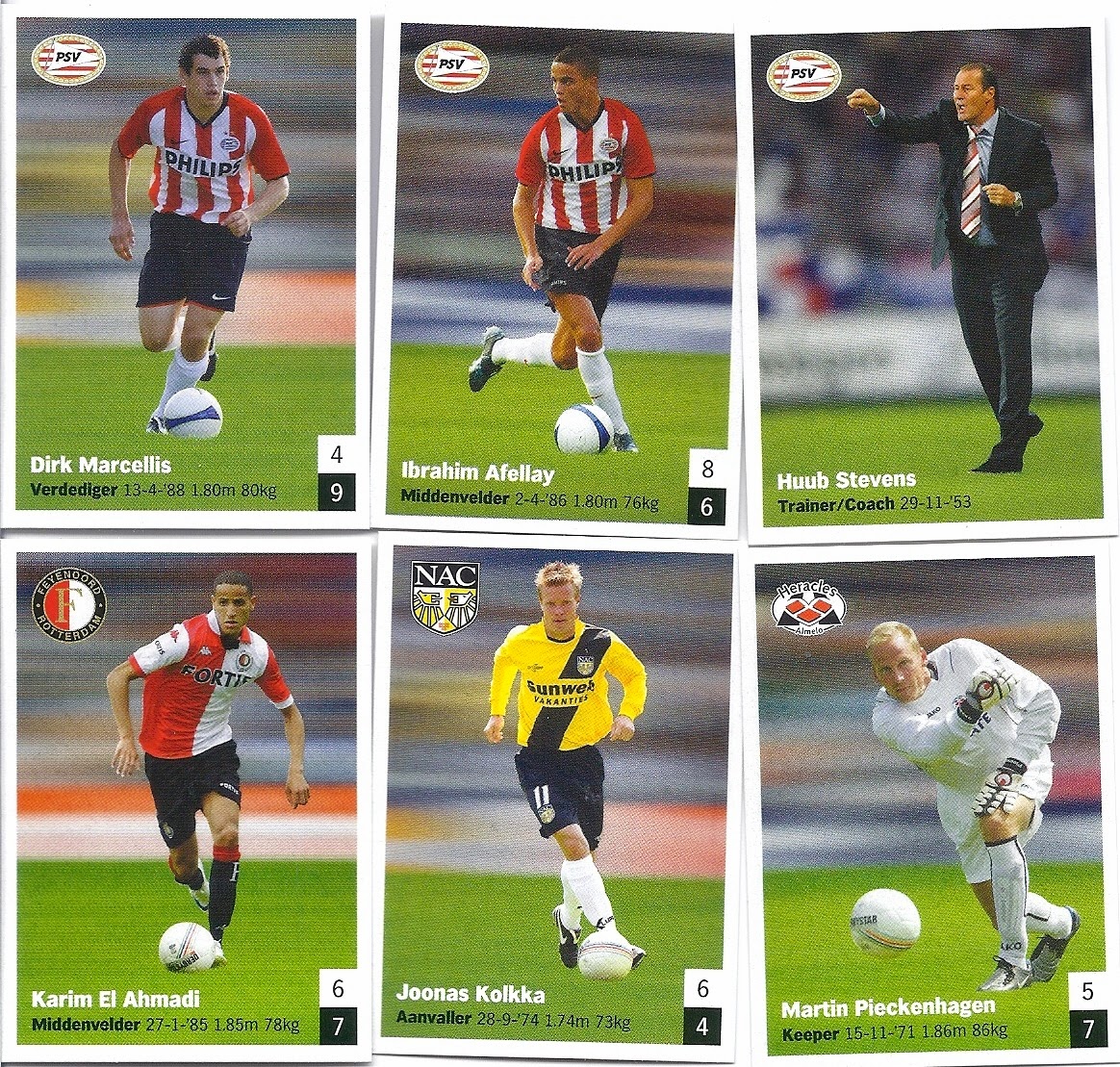 These little guys are soccer cards, I think.  They’re small and thin like early Panini stickers, but I haven’t tried peeling the backs off of any.  Cool little cards – very unique.  How that one guy plays in a suit I'll never know. 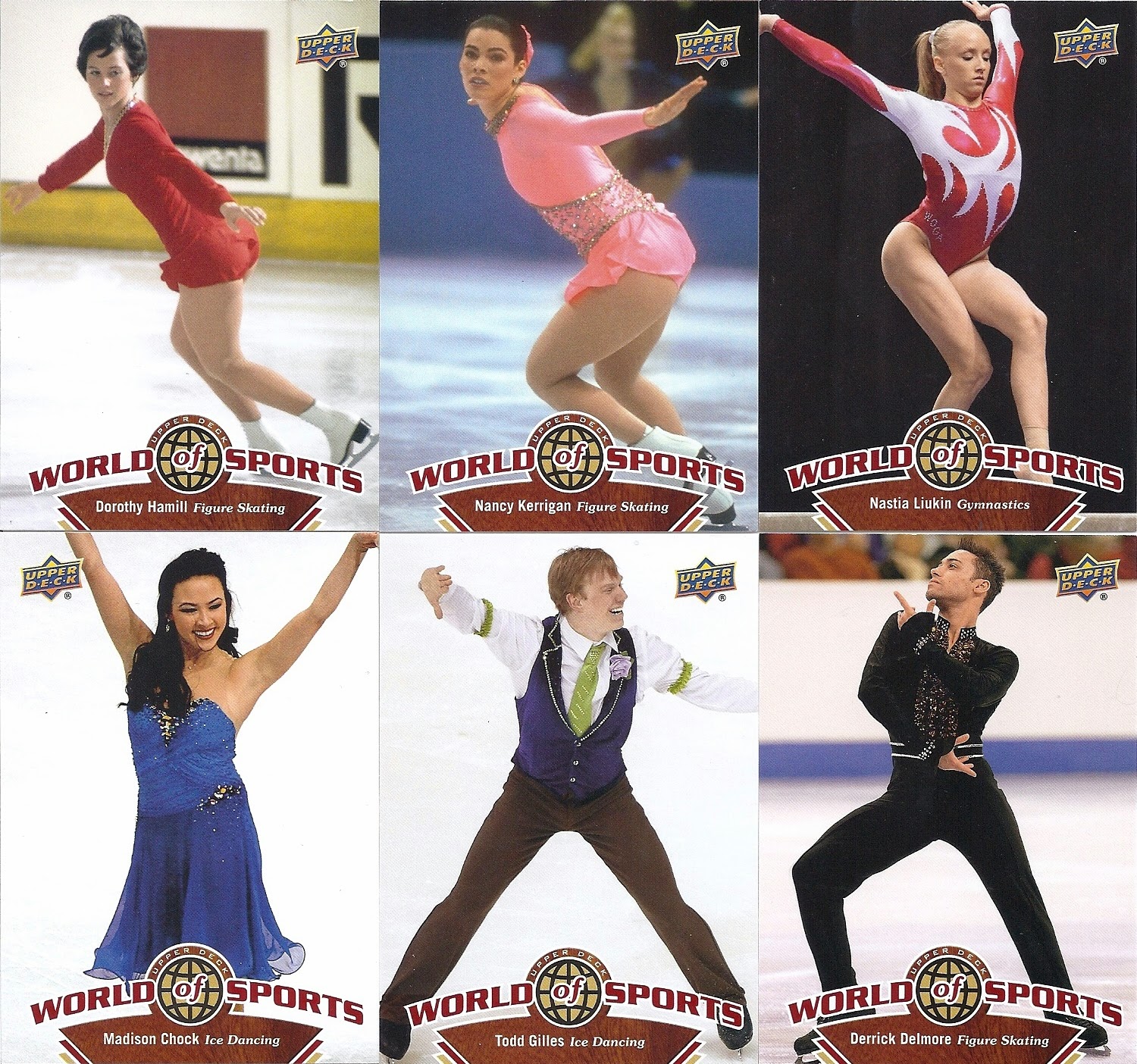 I’d love to know where Dutch got all these things.  I’ve never seen them in the U.S. let alone anywhere in Europe.  Then again, I’ve never been to Europe.  Are there American sports cards for sale on every corner?

Anyway, Jerry knows I'm crazy about Olympic figure skating and gymnastics.  It's not my proudest trait, but it's time to stop hiding.  I know who all these people are.  There, I said it. 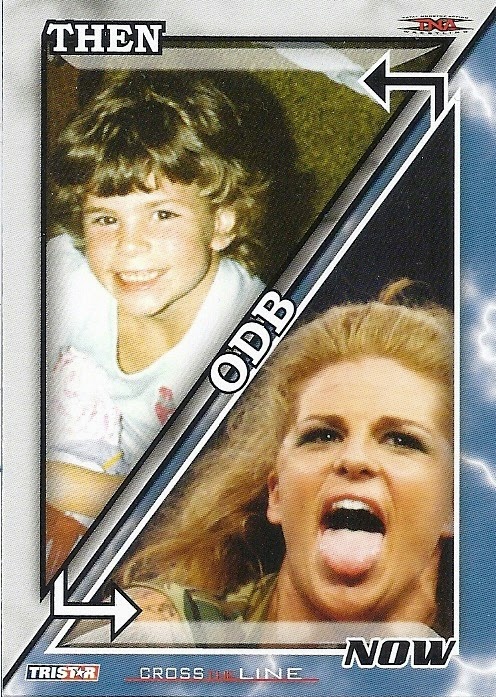 This is a fun mystery card because I have no idea who this person is.  I thought ODB was a rapper, but apparently that is this woman's name.  She used to be a little girl, but now she's a grown woman with a white tongue and bad hair?  I don't even want to know, really.  I'd rather let this one stay a mystery.  The size of her neck leads me to believe she's involved with wrestling.  Don't tell me anything more.


Ladies and gentlemen, Miss Caitlin MacDonald.  Is this not the most adorable hockey player you've ever seen?  She's Canadian, too, so you know she's super into poutine and the films of John Candy.  Swoon. 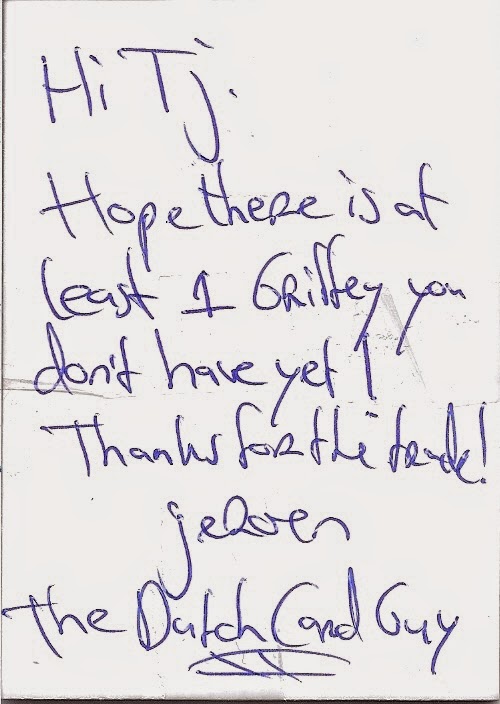 As you can see it was Jeroen’s hope that I end up needing at least one of the Griffeys he sent.  Well, turns out I didn’t need one.  I needed two.  Nice!  Amazing how far these cards probably travelled to end up in a binder in Louisiana. 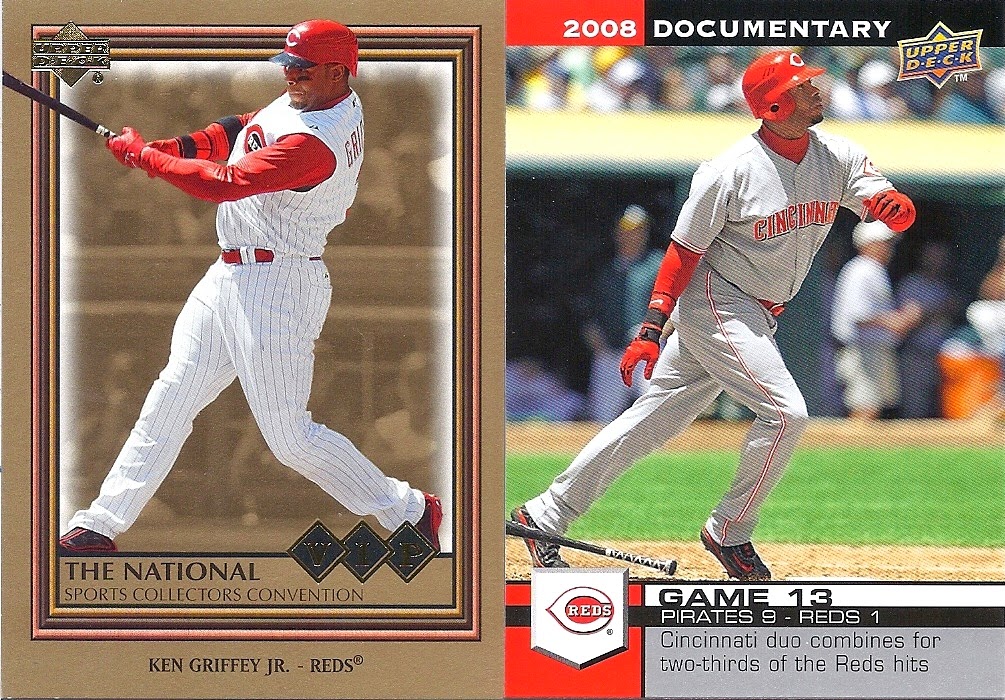 These are the two I needed.  How that promo card from the National ended up in The Netherlands I'll never guess.  I'd never even seen it before.  Great cards!

Here are the rest with limited commentary: 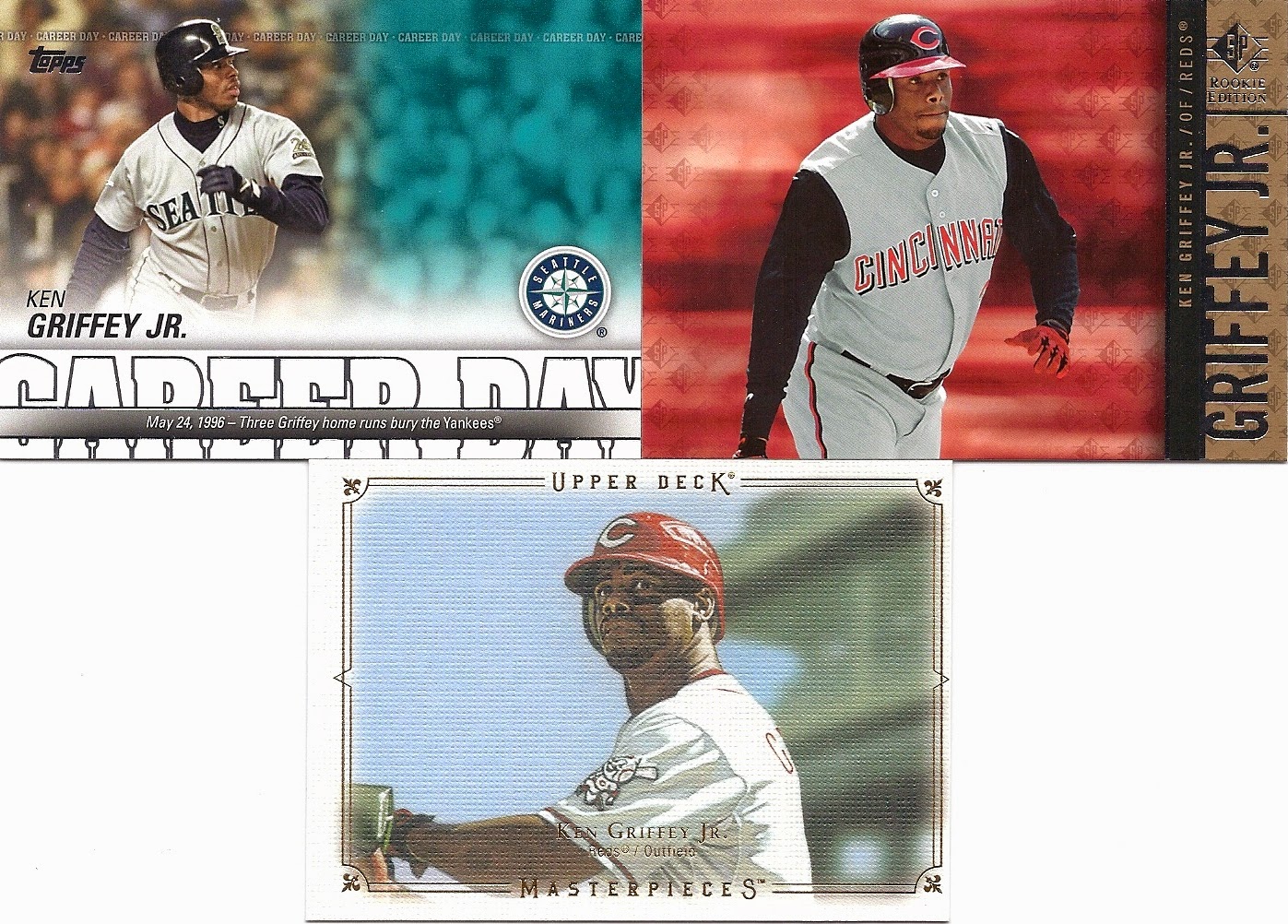 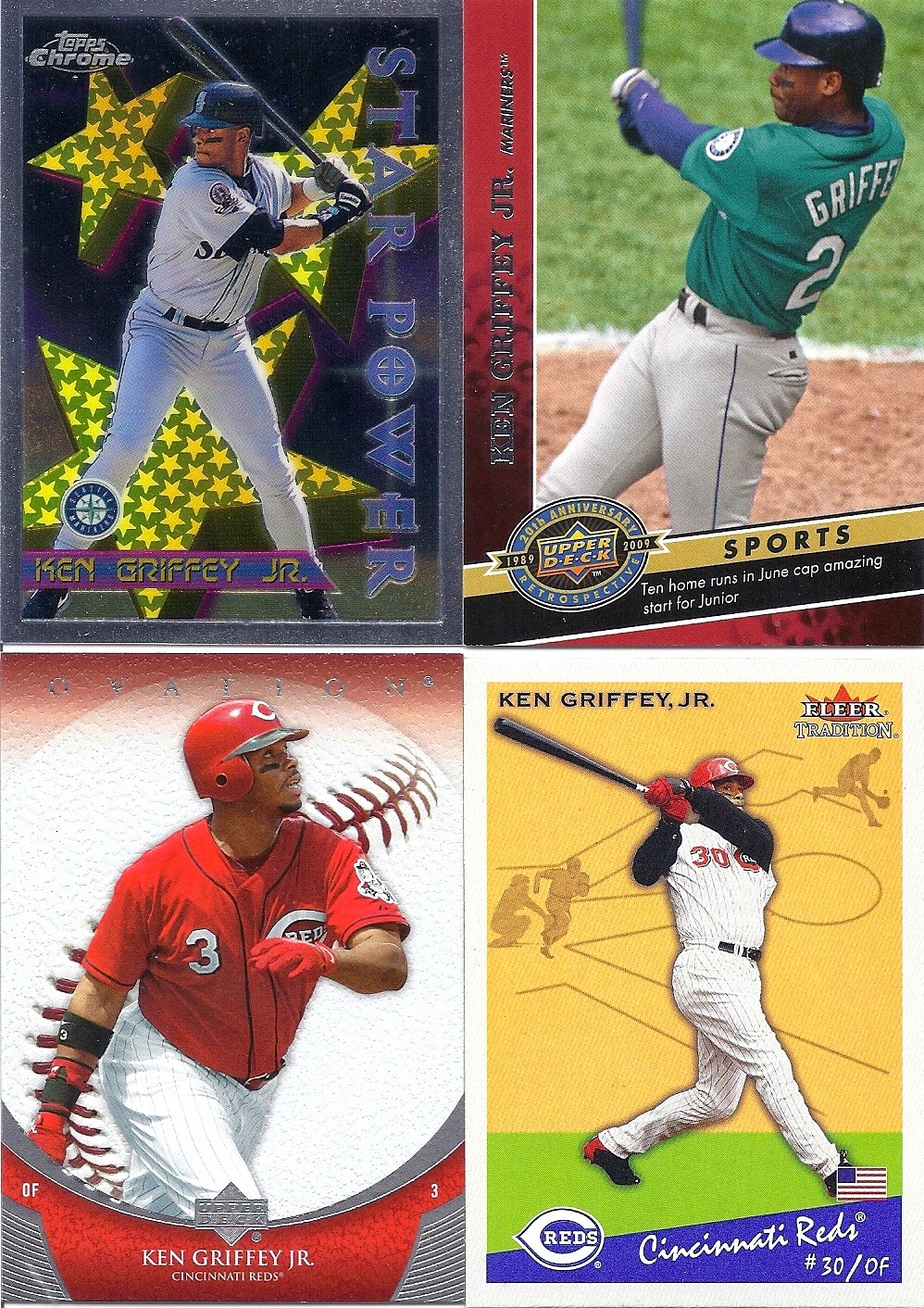 '96 Topps Chrome Star Power!  One of my favorites.  This card has popped up a lot lately... 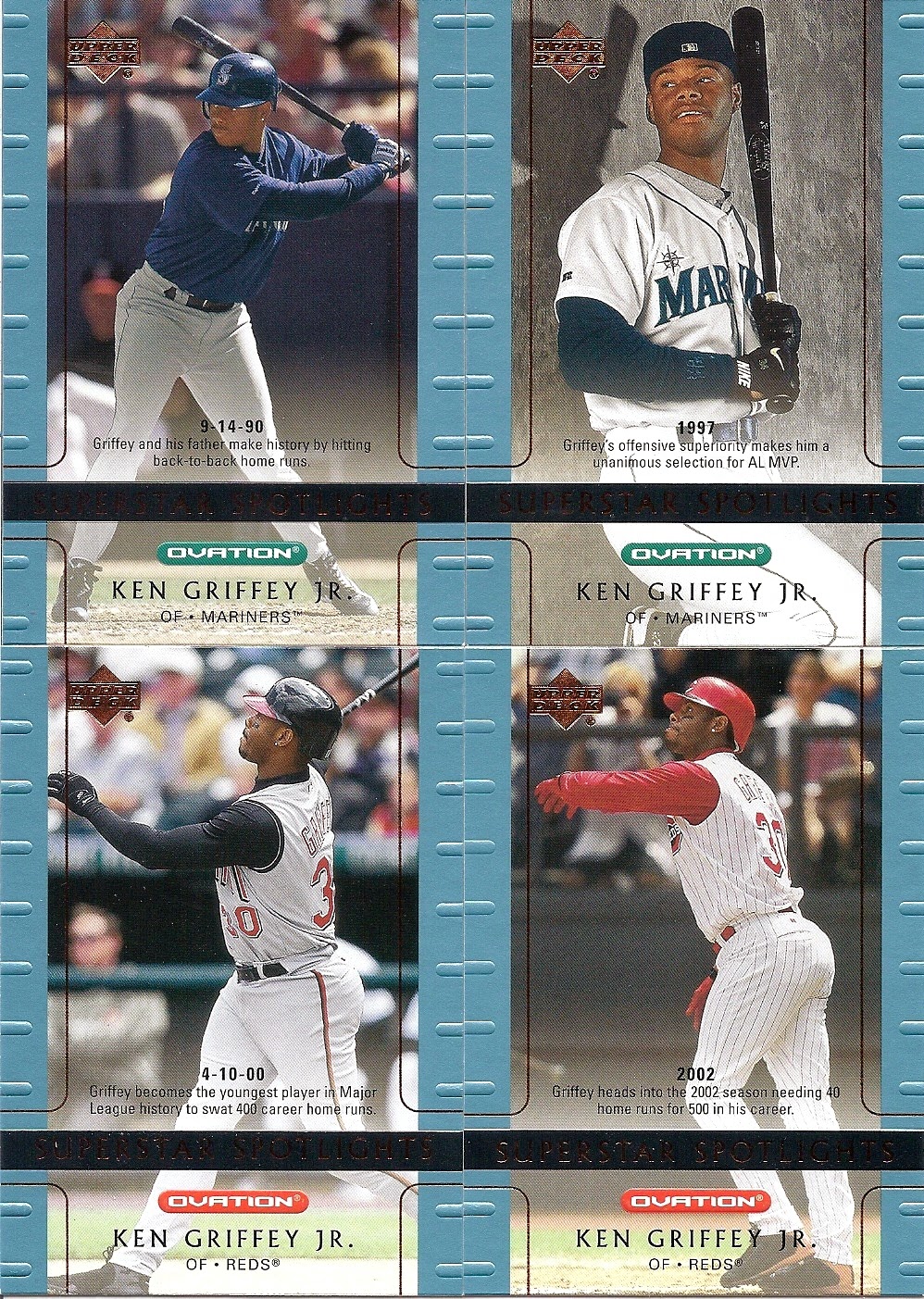 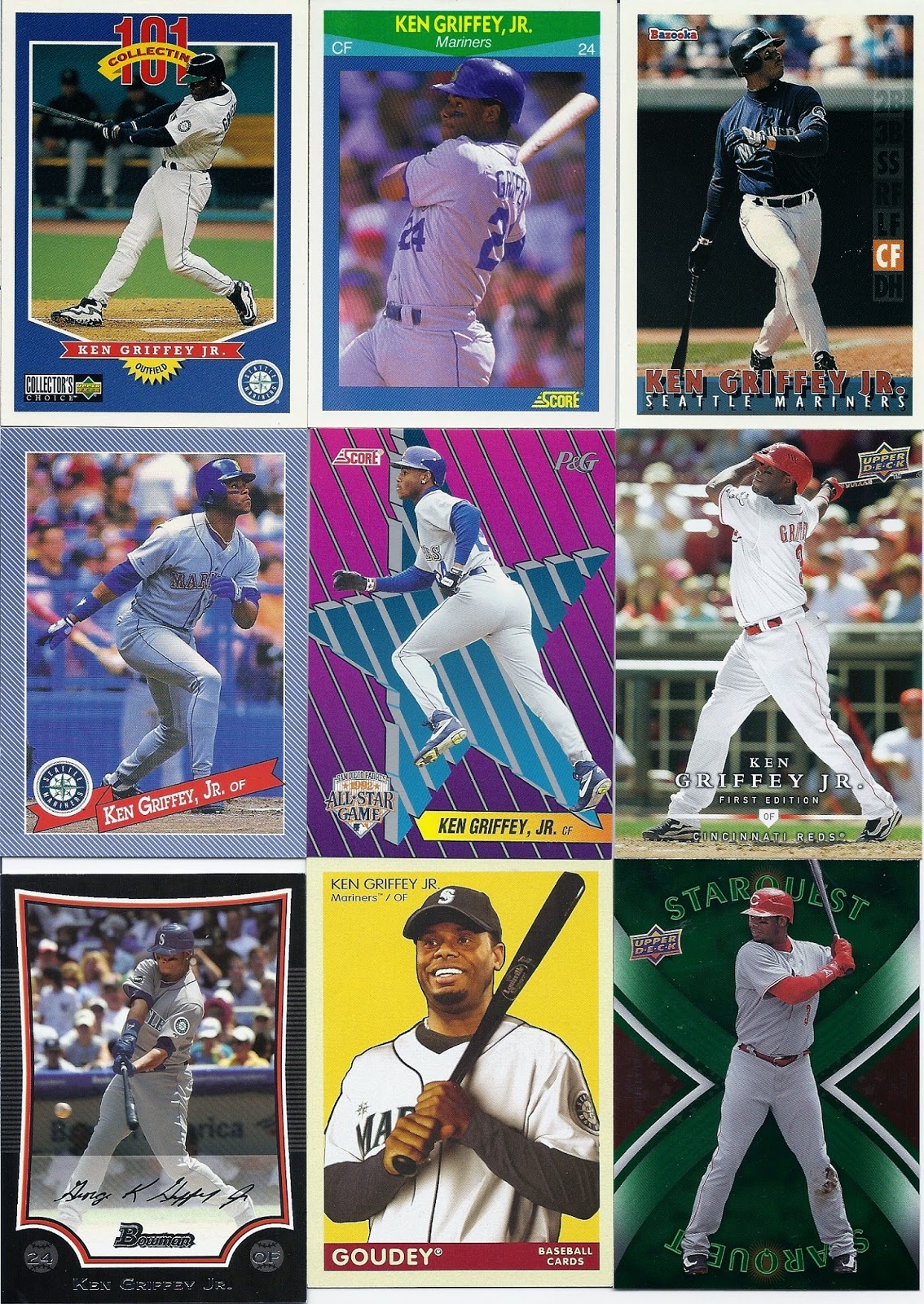 Thanks, Jeroen!  In case you haven’t received it yet, I sent you a bunch of cards from your PC’s (lots of pitchers), some Yankees, and a massive stack of parallels and inserts from your Topps want lists.  Enjoy!
Posted by The Junior Junkie at 8:00 AM