Welcome to Page 15 of the Great Griffey Frankenset!

Here is page 15 of the Great Griffey Frankenset: 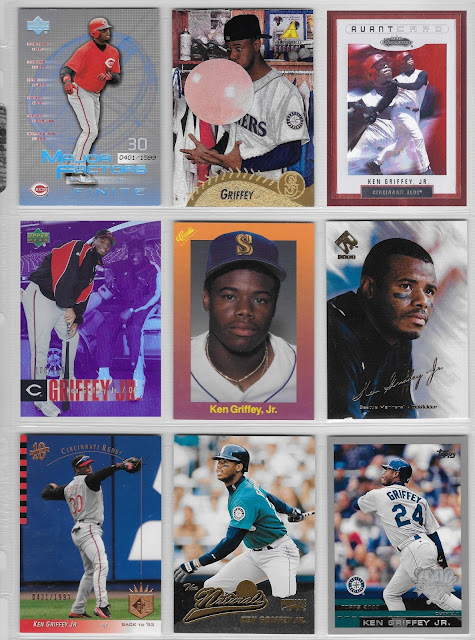 Page 15 Notes: There are several gems on this page, including a pair of above-average parallels, an oddball rookie, and a visit from a legendary retired slugger. The continued coolness of some of the cards you are seeing here this late in the set is a testament to just how many great Griffey cards there are out there. Hallelujah! 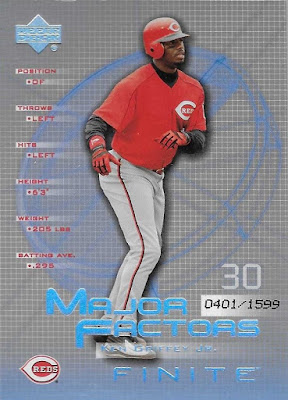 Finite is not the most well-remembered set, but the cards were not without their charm. The subsets from the main base set came in a few variations, the least rare of which is this Major Factors card numbered to the very bizarre figure of 1599. I's actually a very pretty card, too. 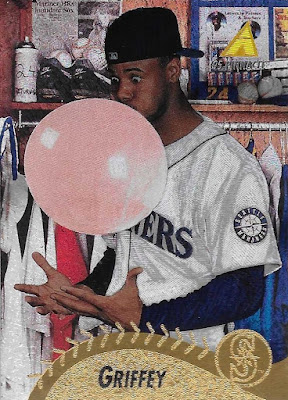 Then there's this amazing Dufex version of my very own Blogger avatar. I don;t know if that bubble is real or not and I don't. This is one of the great Griffey cards. 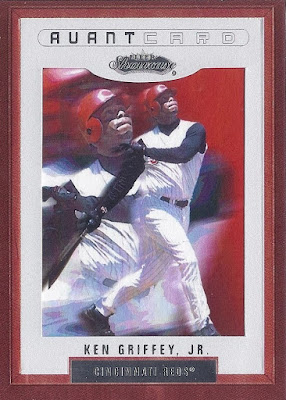 A rare subset with a fun visual effect. This one's al; about looks and is actually a pretty tough find. 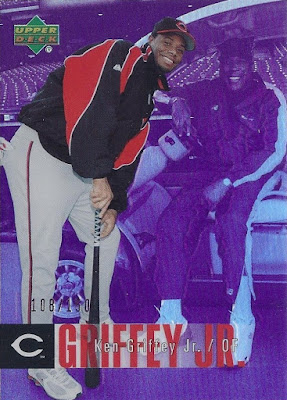 Giants legend Willie McCovey on a shiny purple base card with the Kid. Sweet track suit, too. 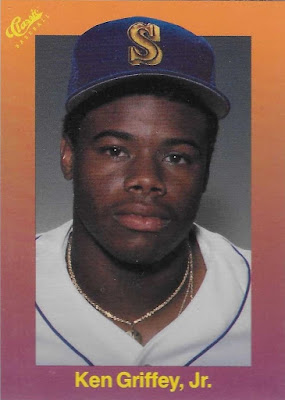 A lesser-known close-up portrait of our guy from 1989, the Upper Deck rookie being the more famous one. Where that card is shiny and polished, this Classic version is gritty and gray-screened. 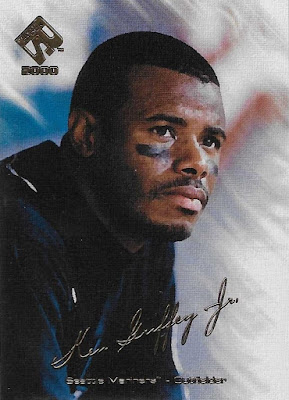 I miss Pacific - no other company ever made anything like this, especially as a base card. 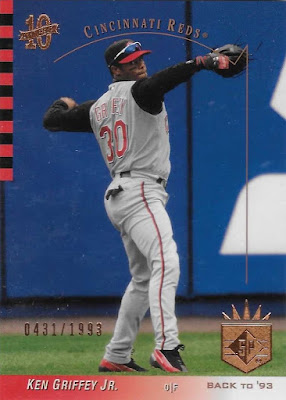 Upper Deck paid themselves homage on more than one occasion, and why not? '93 was an excellent set that deserved a tribute, and it looks just as good in Cincy colors. 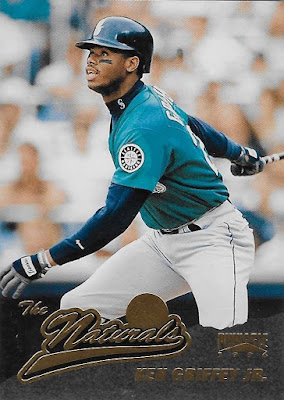 I'd like to have used the Dufex version here, but that one has a different number being from the 200-card Museum Collection set. No worries, though. Great mid-90's card. 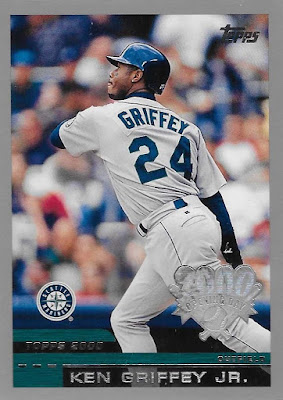 Similar to the regular base card but silver and just a bit rarer. 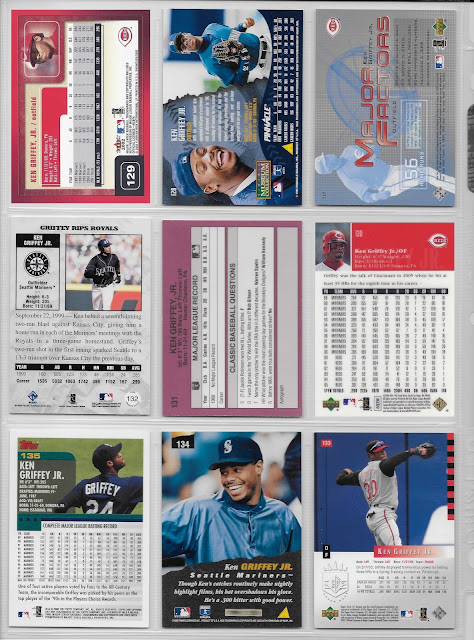 Thanks for reading, and look out for Page 16 next Friday.
Posted by The Junior Junkie at 9:54 PM