I purposefully did not set any goals for myself this year. Instead I played it loose, shot from the hip, went with the flow, and innumerable other idioms for operating without a plan. Things happened naturally, and I'm happy to report that everything turned out pretty well, as it often does. Here's a list of the good stuff that happened at The Junior Junkie this year: 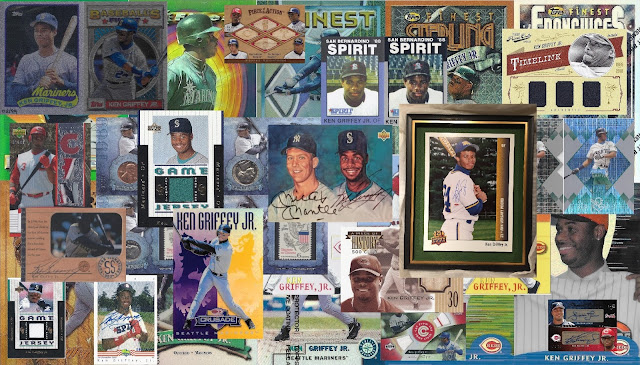 1. The best year ever for Griffey acquisitions

It really was. From cool 90's inserts I just learned about to white whales I've only dreamed of owning, a great many triggers were pulled this year. I don't like to say "never," but acquisitions like this will never happen again. NEVER. 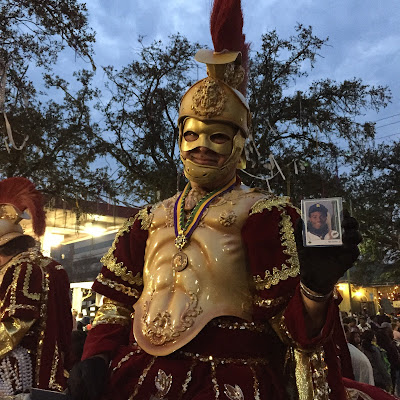 This concept was introduced just weeks before my wife and I were to fly to Alaska to see theNorthern Lights. On top of that we were returning home to two weeks of Mardi Gras. What timing! Upper Deck even took notice. I continue to not be able to thank Gavin of Baseball Card Breakdown enough for starting the whole thing.

The newestfeature, and time-consuming as it is, it's been a lot of fun, too. I'm amazed at how many card numbers I've been able to find with Griffey on them. While I'll continue to have a new page go up every Friday for the foreseeable future, I'm undecided about whether I should end it at #300 or continue until we simply run out of cards. We'll see, I guess.

This is now the longest-running feature on this blog. I didn't add quite as many as last year since I've already done most of the major sets, but I got a few in. And there are still plenty left to go.

Total acquisitions are down, but that didn't keep us from passing the 4000 unique Griffey milestone. I expect 5K to be a close call in 2016 if it happens at all. Fingers crossed. In addition to this I also reached 500 posts which is neat but not quite as fun as another 1000 Griffeys.

The poor lady at the post office was in training, too. I like to think I made her an expert. One side-effect of this trading project is that I perfected my Tradelist which is what helped me get so many cards out to so many people. I feel another one of these crazy trade days coming on soon... 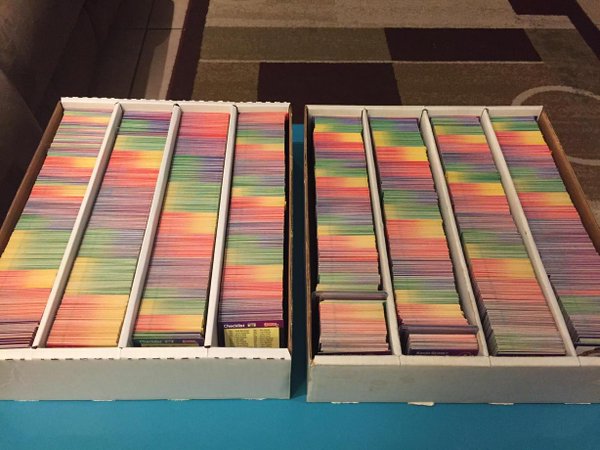 7. Finally collated all my 1989 Donruss base cards

It was thankless work, but it made for some cool pictures.

I'll admit it - I kept this secret for so long because I didn't want any competition in getting these great cards. Once I was confident I had all of them, it was time to speak up and let everyone know these things exist. I'm not saying it was my doing, but I can confirm that the prices on older Bill Murray cards have never been higher. 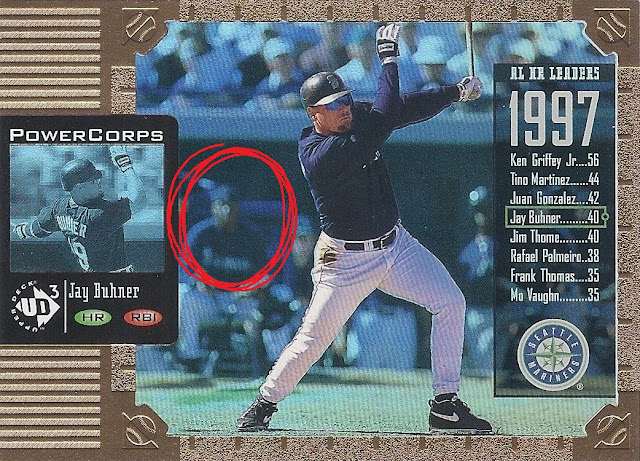 I've been putting this thing together for well over a year and finally thought I had them all. I was wrong, of course. Two additional Griffey cameos were pointed out to me within a day or two and I've since found yet another unconfirmed cameo on a Sean Casey card. Still, I'm happy with how many we've been able to find. Plus I like saying "database." Sounds like I'm doing something technical and important. 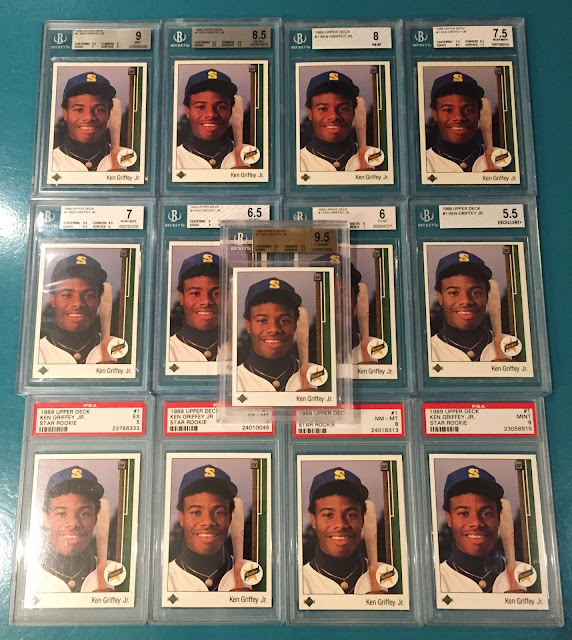 10. Told you everything I know about the 1989 Upper Deck Rookie

This post owns all kinds of records here: longest post, most words, most research, most hours put into it, and I expect it to be one of the most-read posts on this blog over the long term. It was several weeks before I was comfortable enough to finally hit "Publish." 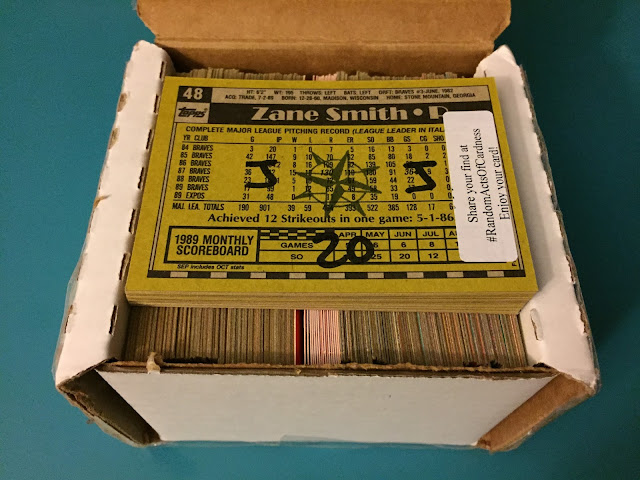 Not a very successful one, mind you. I continue to put the cards out there, end we've officially gone multi-coastal and international; but people aren't as quick to tweet about them as I was hoping. Maybe I should double my efforts. #randomactsofcardness

Man, was this a big move. It took a solid week to get everything where I wanted it to be, and I'm still fine-tuning, but it's become a great space to sit and do card things without interruption. I just got a small flat panel in there hooked up to a DVD, VCR, DVDR, and Apple TV, so I can do everything from digitize old video tapes to stream HD movies directly off my laptop. Man, I love technology. God help me when this room becomes inundated with baby stuff.


Mostly Griffey stuff, of course. These include all four 2015 Topps Birth Year Coin/Stamp Relics, all the 2015 Topps Factory Set Chrome Refractor Reprints (regular and gold), and most notably, the massive 100-card 2008 SPx American Hero set. In addition to these I also acquired at least one of every 90's Finest Refractor, all of the Donruss Elite Series Inserts, all the rare early Donruss Previews, and every Topps Gallery of Heroes Griffey.

14. Assembled my (and a few other peoples') Best Binder Page

This was something I've wanted to do for a long time, and I finally had a few hours to kill at home to sit and do it. I'm also excited by the response I got from the blogging community for the project. I had a lot of folks e-mail me scans of their own selections to photoshop into a binder page, and it's been a blast to see all the interesting cards other folks have been choosing for their own pages.

I announced that I would try to complete the 1996 Beckett Ken Griffey, Jr. Tribute Checklist by year's end 2016. That checklist that has terrorized me for 20 years. I've gotten a lot of the big cards out of the way, too, but there's still a long way to go. I needed 157 cards from the list when I announced, and now I need 98. That makes me 87% of the way there. That last bit is going to be tough, though, because I also...

Our little 1/1 is still sealed, but we'll be busting that pack in March. Expect a blogging slow-down for 2016.

Thanks to all the other great bloggers, traders, readers, and Griffey guys that helped make this the best year ever in my cardboard career. You guys are all damn cool in my book.