Welcome to Page 12 of the Great Griffey Frankenset!

Here is page 12 of the Great Griffey Frankenset: 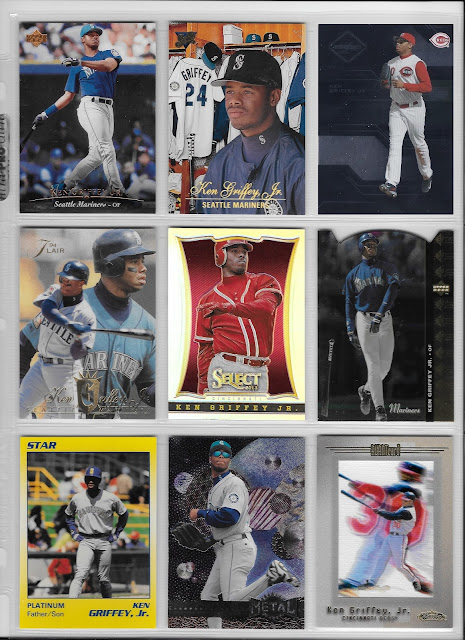 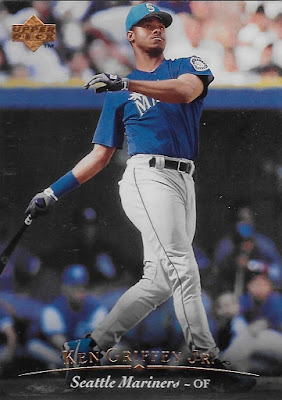 My favorite Upper Deck design featuring my favorite Upper Deck base card photo of the Kid at bat in Seattle blues. It’s not a game (no helmet) nor a home run derby (hat isn’t backwards), and yet there appears to be a crowd in the stands. Lord knows where this photo came from, but it’s perfect. The subtle shading near the borders of the ’95 set make the colors on this card explode. Especially that hat. A better choice for #100 there is not. 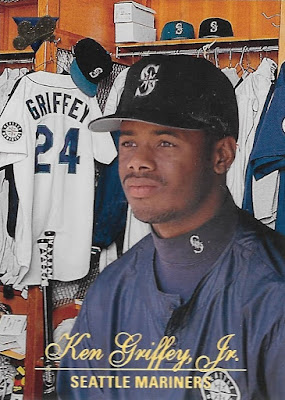 This year Donruss went back to what appear to be real studio portraits superimposed over locker backgrounds. The Griffey portrait, though, looks like it was taken in a dugout, so exceptions do exist just as they did in the ’92 set. Still, this is one of my favorite base cards of that year. Lots of different hats, bat, jerseys – I mean I’m sure it was dressed up a little before the photo was taken, e.g. no deodorant can, nothing dirty or gross, and it appears to be clean as a whistle. You won’t convince me a 25-year-old millionaire athlete kept his locker this orderly. 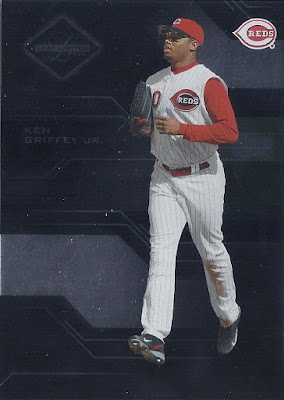 Papery foil cards are dark and fragile regardless of the set they’re in. Hence, I am just not crazy about them. Whatever design goes into them seems to blend into the background haze anytime you scan them. It’s a little clearer in person, but given the choice of almost any other card for #102, I’d have gone with something else. Sadly, not many #102 Griffeys exist. 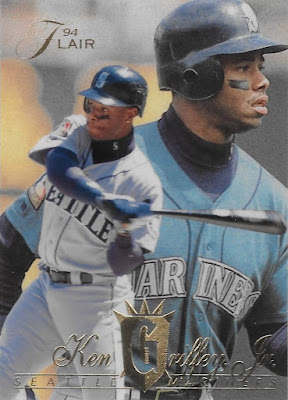 On the other hand there are several #103’s of the Kid, and this one is head-and-shoulders above the rest. Flair continued for years but never looked as good as it did in the early 90’s. This is one of my favorite nameplates from any Fleer-branded base card. 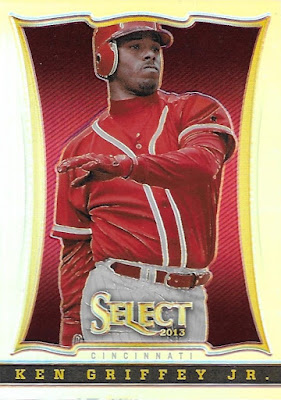 This card is different in that it is a post-retirement Griffey that depicts him as a Red. Most cards after 2010 had him in a Mariners uniform as that is his first, last, and heritage team. It will also certainly be his Hall of Fame team when he is inducted next year. 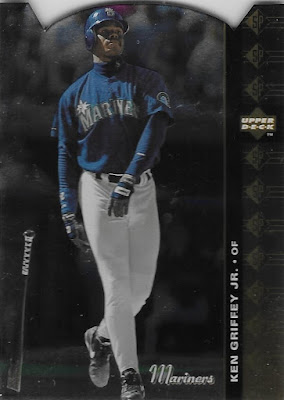 Yeah, it’s an early SP card and yeah, it’s got that classic Upper Deck arch die-cut, but forget all that. It’s the photo that’s the best part of this here card. Dude just frickin’ launched one all easy-breezy and let the bat drop to his side gangster-style, he’s got his arm swinging out front like he’s swaggering into the club all VIP, and look at his face – he looks like he’s about to nod off and nap. This is a new style I am dubbing “gangsta effortless.” 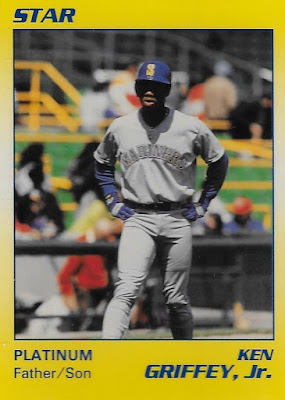 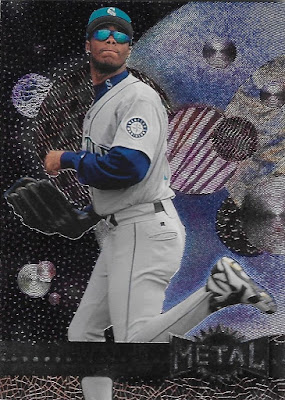 Still one of my favorite sets of all time, there’s never been anything like Metal Universe since those first two sets. While the ’97 set is a lot more polished and detailed, that doesn’t take anything away from the ’96 set which was way ahead of its time. I’d love to see someone take another stab at this concept. If you ask me, Fleer/Skybox did it perfectly. 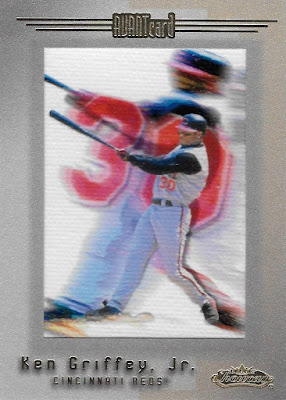 These appeared in the Fleer Showcase base set as short prints, but it’s not a subset. This is an early example of a true short-printed base card. I suppose it got its name from the term avant-garde, and compared to the regular base cards it is pretty avant-garde, I guess. I would call it “blurry with a purpose,” but avant-garde is good, too. 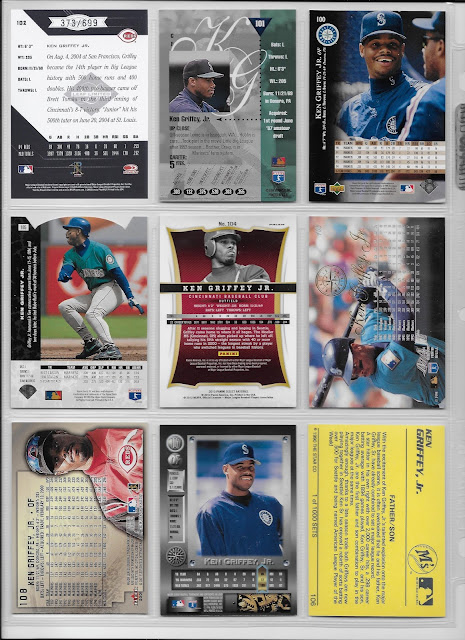 Thanks for reading, and look for Page 13 next Friday!
Posted by The Junior Junkie at 8:00 AM