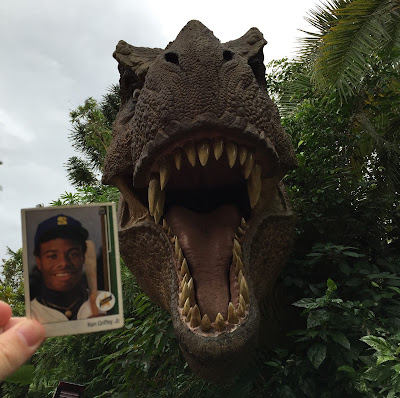 Here we are - the final Wallet Card Wednesday of 2015. It's been a heck of a year, and I'd like to thank everyone who bothered to indulge this series of very not-baseball-card-centric posts. And a big up to Gavin, of course, of Baseball Card Breakdown for creating the whole thing.

Here are a bunch of photos from the two Universal Studios theme parks in Orlando, Florida. 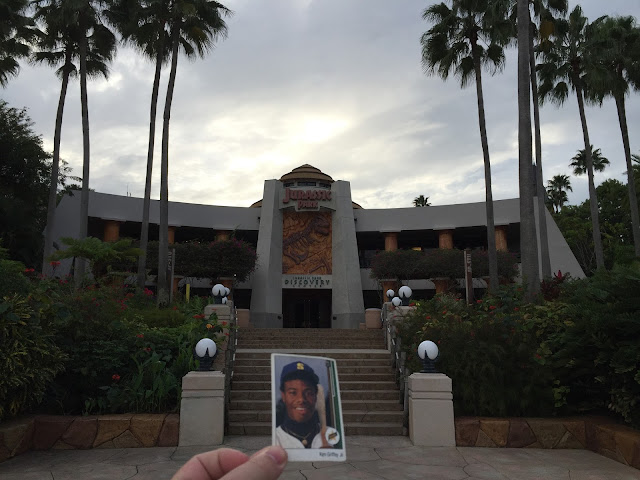 Each section of Universal's Islands of Adventure was a different world. Examples include Dr.Seuss, Marvel Superheroes, and Jurassic Park as you can see above. The detail is fantastic. 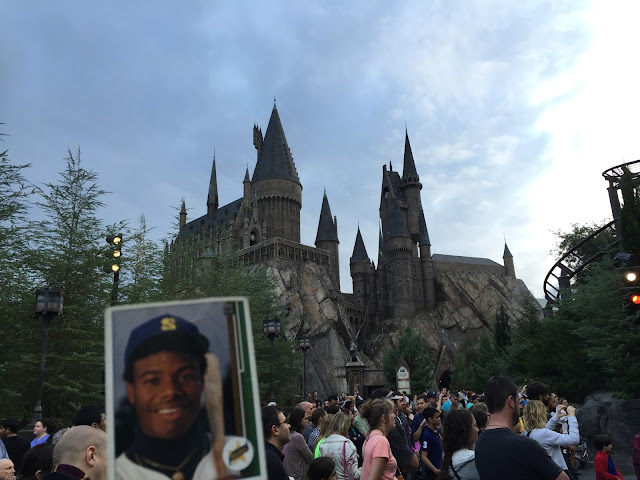 But nowhere was the attention to detail more prevalent than in the amazing Wizarding Worlds of Harry Potter. This is a view of Hogwarts from Hogsmeade. 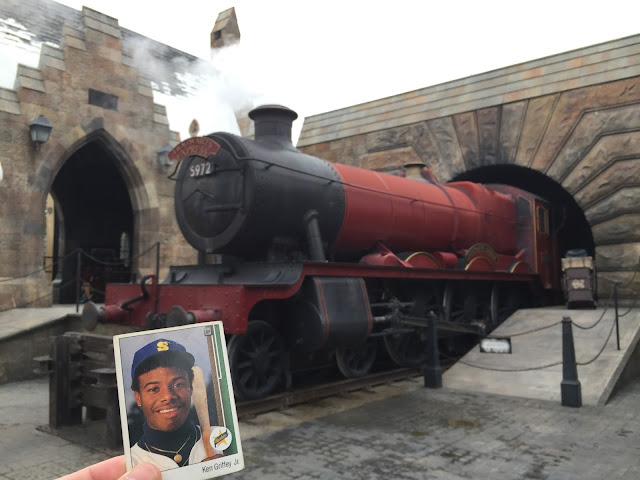 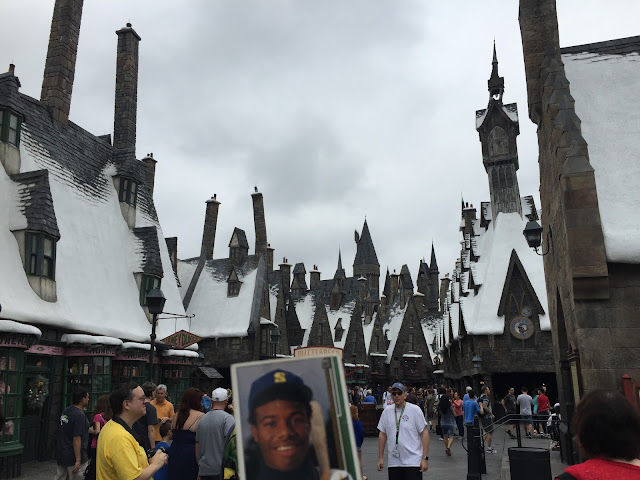 Ollivander's is on the right. That's where we got our wands. Yes, we bought wands. We weren't leaving there without wands. 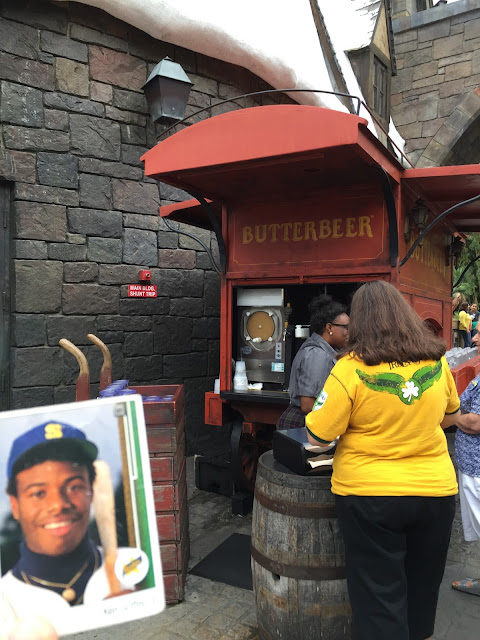 Butterscotch cream soda in case you were wondering. Very tasty, and sadly, non-alcoholic. 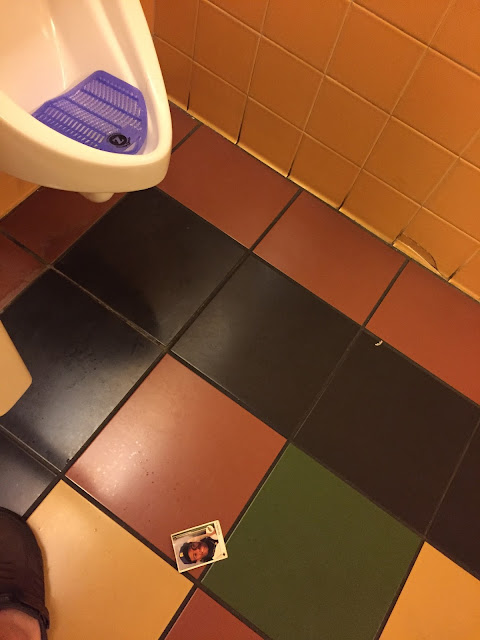 The Griffey ended up in all kinds of strange places and got dropped more than once. 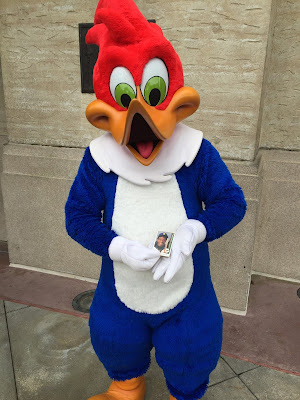 I was glad to see Woody Woodpecker is still all over the damn place at Universal. I was not surprised that most of the kids did not know who he was. 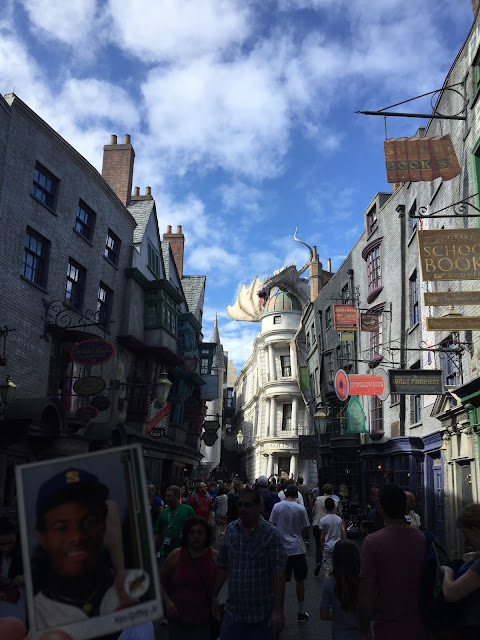 Diagon Alley is at the other park. Here you can visit Grigott's and watch the dragon blow fire. Not pictured: Knockturn Alley which was pretty much my favorite place at both parks. 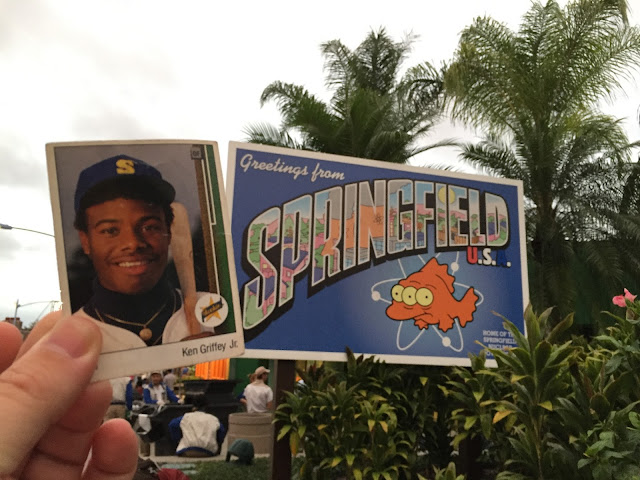 That is, until we got to the Simpsons area. 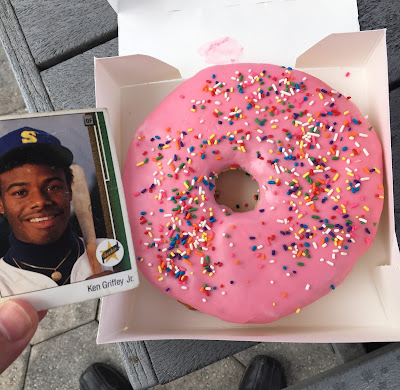 This gigantic donut is the real deal and the most reasonably priced item I found at either Universal park. It was much tastier than I was expecting. 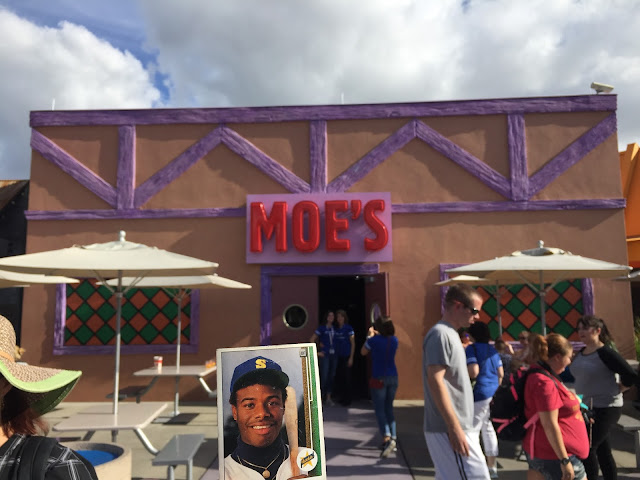 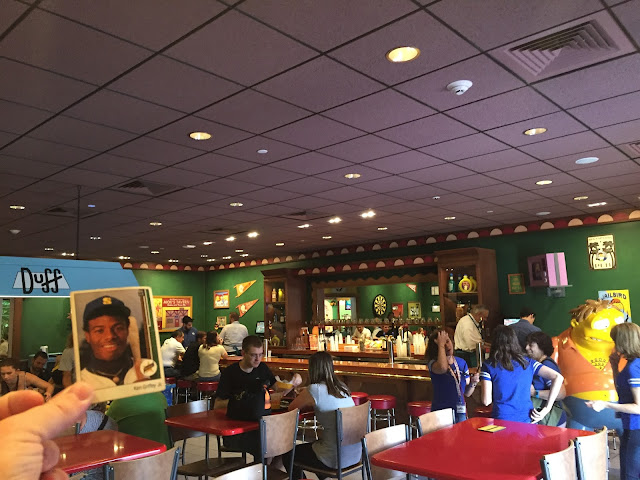 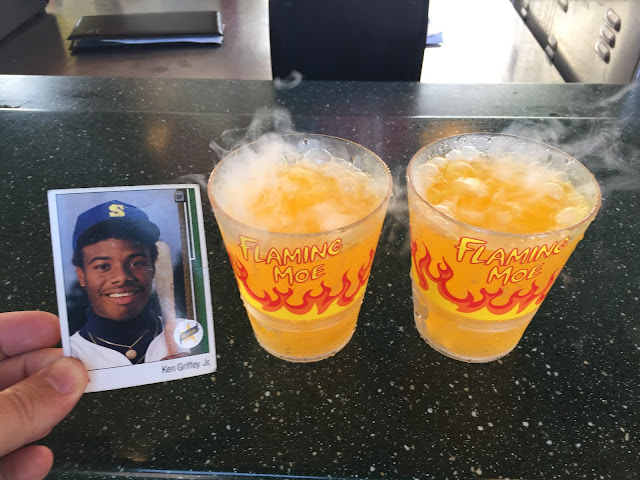 Orange soda and dry ice, in case you were wondering. 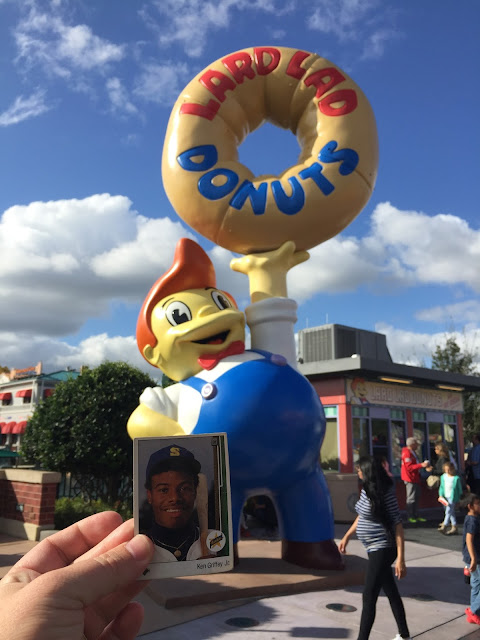 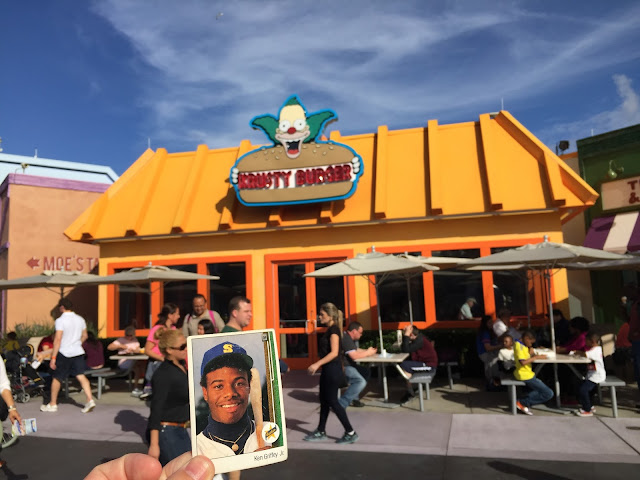 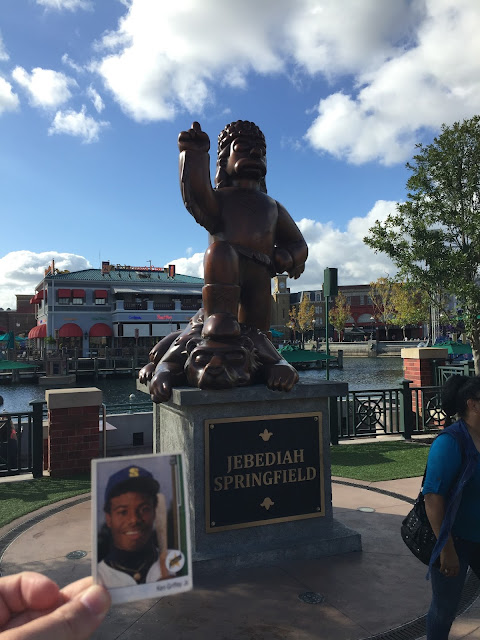 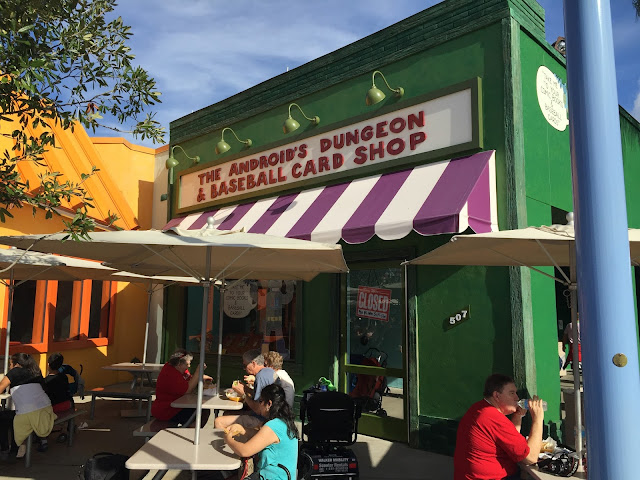 How perfect is this? 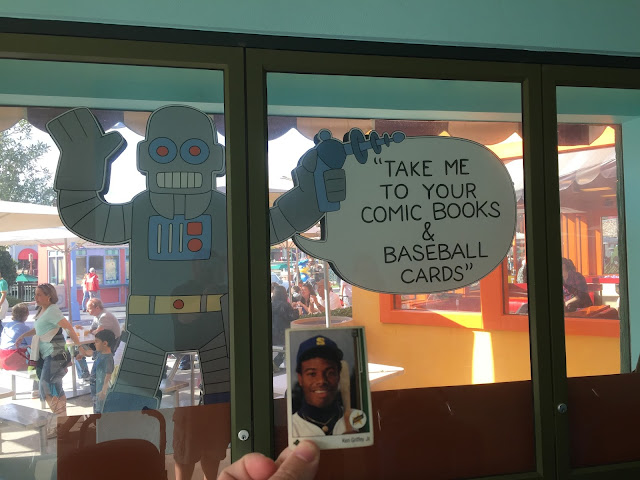 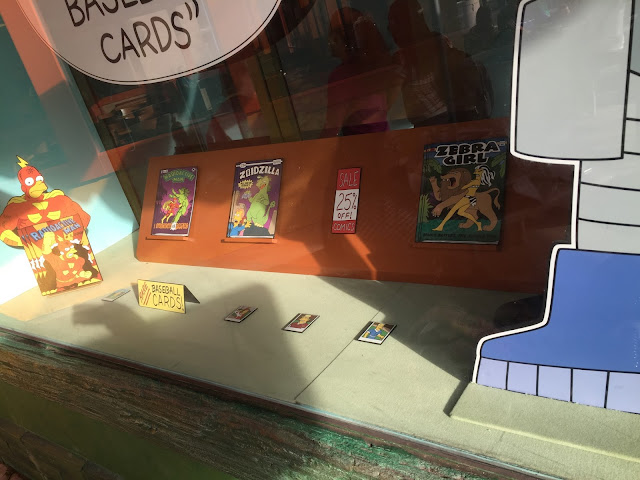 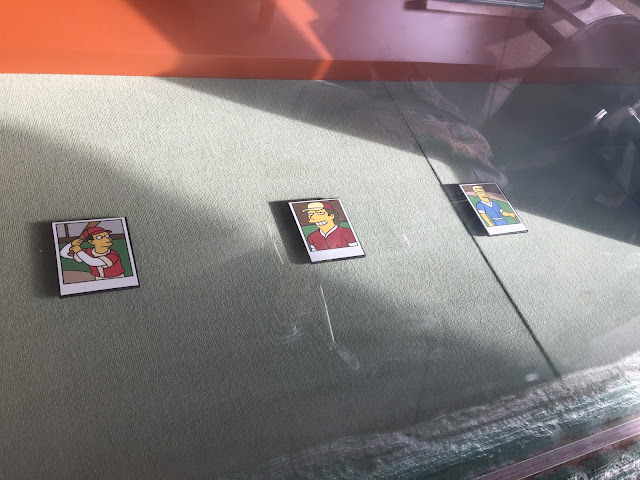 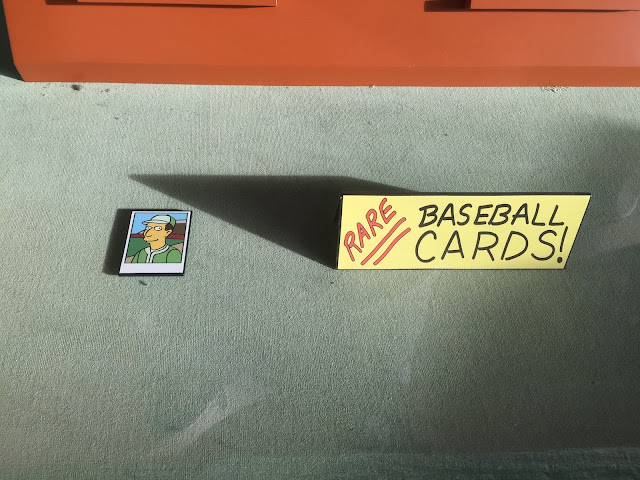 Not a Griffey to be had. 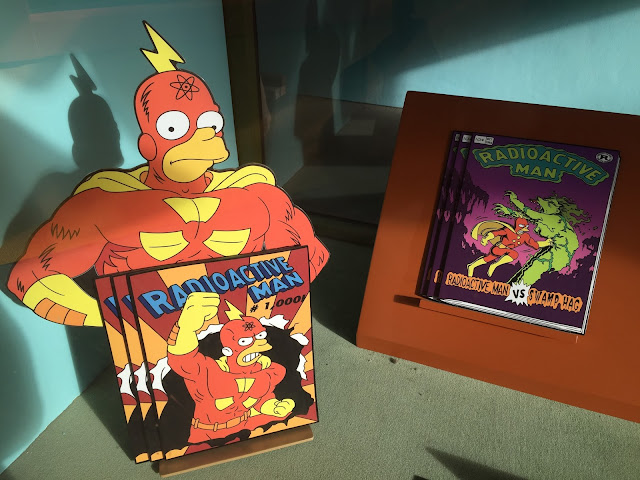 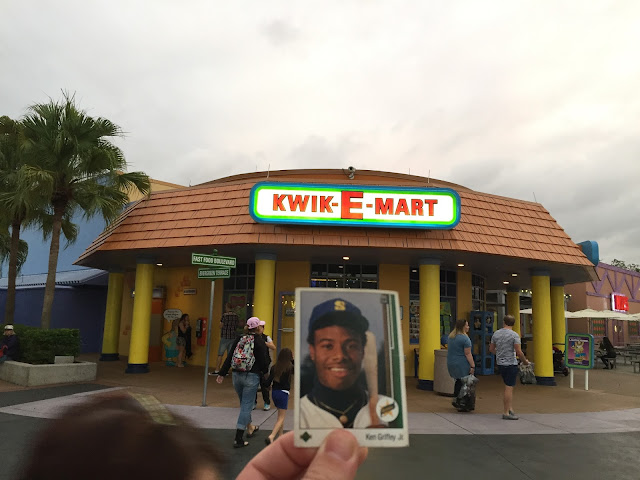 Don't get me wrong: everything is just a glorified gift shop or food court, but the detail was amazing. I was all tingly. 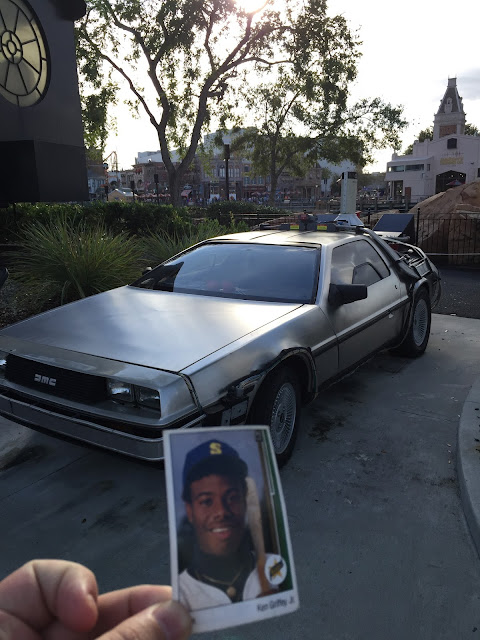 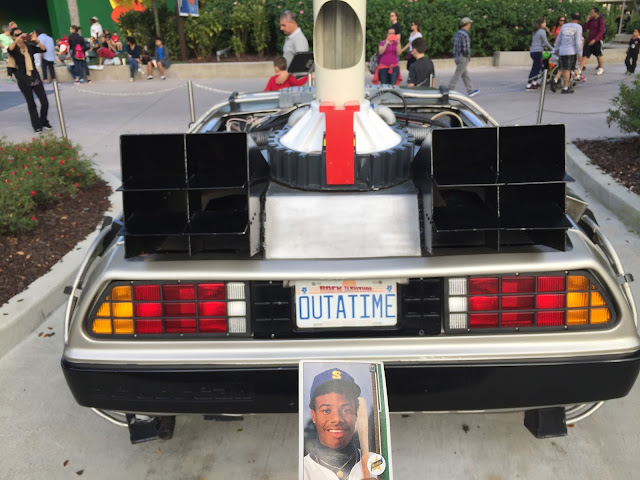 I would consider this a strong candidate for Wallet Card photo of the year. 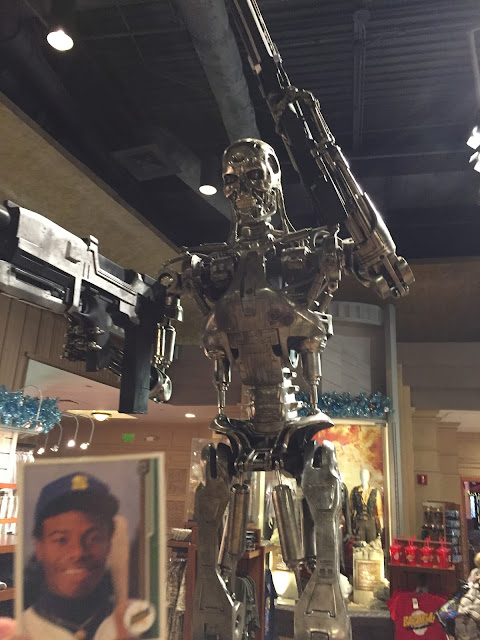 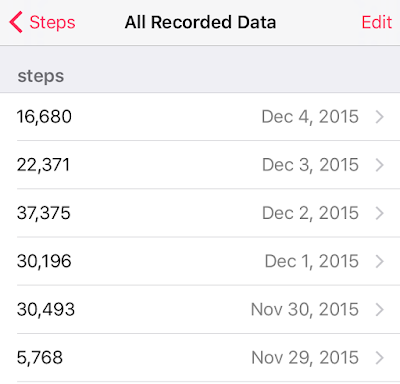 As you can see Universal required far less walking than Disney, but still far more than your average Joe walks in a day.

Should I continue into the new year with the Wallet Card? Or should I retire the old girl before she falls apart? I've considered sending it in to BGS and getting it slabbed, maybe taking wagers on the grade. I've also considered continuing to carry the Griffey and only taking photos sparingly which means no more Wallet Card Wednesday. What do you think? Suggestions welcome below.

Thanks for reading, and Happy New Year to you and yours...
Posted by The Junior Junkie at 8:00 AM