Here is page 7 of the Great Griffey Frankenset: 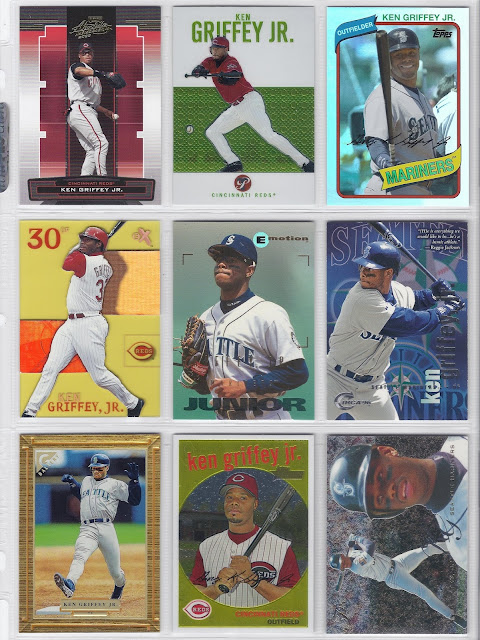 Page 9 Notes: Zero inserts on this entire page. None. It's all base cards or their parallels. You're going to see a lot of pages like this going forward. At least the checklists haven't started yet. Those are coming... 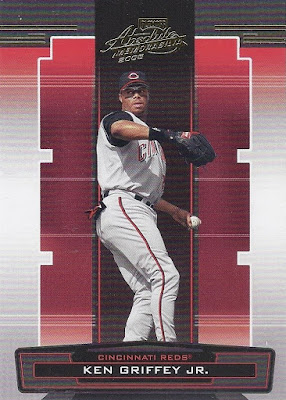 I'll admit I settled here. I don't really care for this set or design. Way to start us off a high note, right? 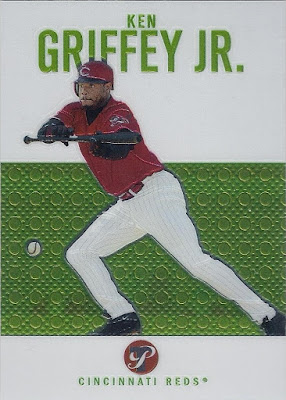 I wasn't collecting when this Pristine set came out, but I've lucked into a bunch of cards from this set in blind LCS boxes and fell in love instantly. It's like Finest nouveau. The rare Griffey bunt shot and the use of green for his base card are both unexpected and refreshing. Great card. 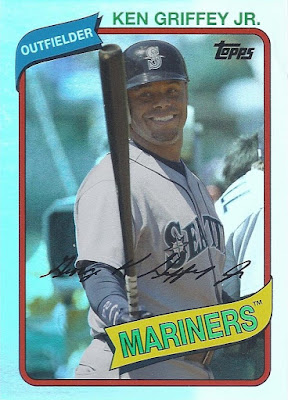 A bright, sunny photo of Junior the veteran looking very happy to be back in Seattle. Great photo selection from Topps on this one, though it's been a hot minute since his signature looked like that. 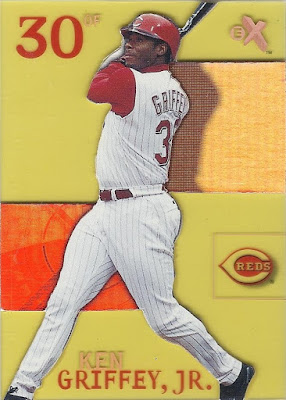 Not the prettiest card in the Frankenset, but that's just because this card was chosen for what it is: my first and only "backdoored" Griffey. It's not numbered where it should be, and if it was it would be numbered to only 27. 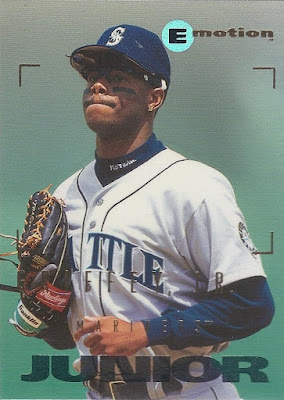 Emotion is a fantastic set that was ahead of its time. It later morphed into the E-X brand, but it was never again quite like this first year. A set I am seriously considering building. 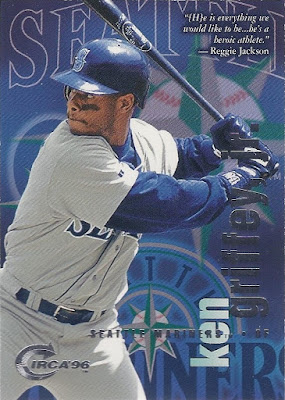 Some folks don't like the Circa brand for the same reason they don't like '95 Fleer, but I think Circa actually got it right. Where Fleer was more or less random and even abrasive at times when it came to color selection, Circa's stab at the collage background is orderly and team-appropriate. And the Predator vision has been replaced by a Reggie Jackson quote. Circa! 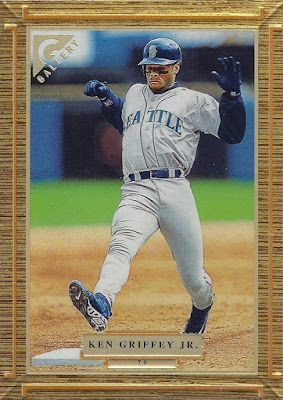 The oft-used wood frame border theme of Topps Gallery was never more prominent than it was in '97. Ultra-thick and embossed almost beyond fitting into a conventional top loader, the border owns this card. Still, it's Gallery. This set can do no wrong with me. They could print a photo of Junior picking his nose with his name crossed out in the nameplate and "Booger Eater" written in its place and I'd be all "Great card, Topps! Gallery is back!" 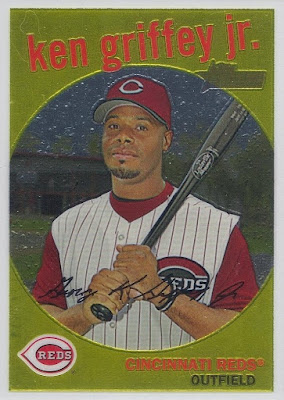 A cool chromium parallel of a perfectly-executed throwback design? This card was born to be in this Frankenset. One of my favorite Griffey Cincy cards - period. 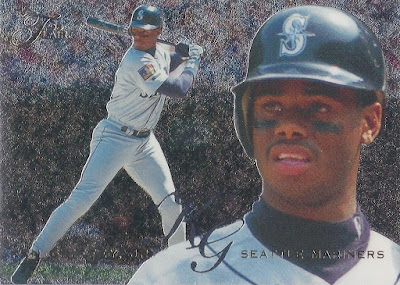 Let's face it: Flair had better designs than the horizontally-oriented, diamond-dusted '95 set. The texturing makes it hard to see what a thing of beauty the nameplate is; but they hung in there with the dual-photo thing, and you've got to respect that.

Here is the back of Page 9: 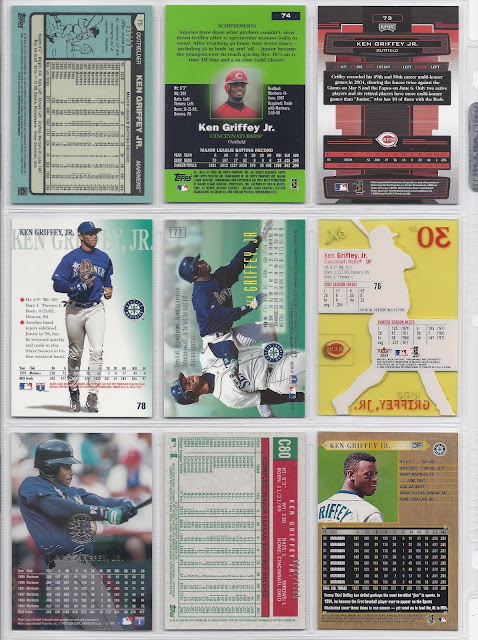 Thanks for reading, and look for Page 10 next Friday!
Posted by The Junior Junkie at 8:30 AM