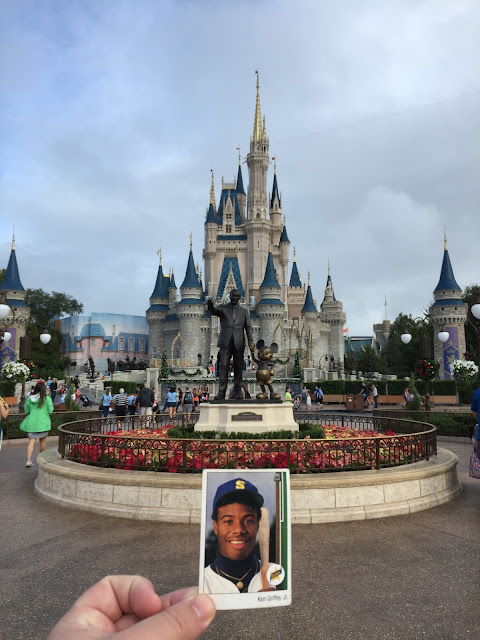 No explanation needed. Let's do this. 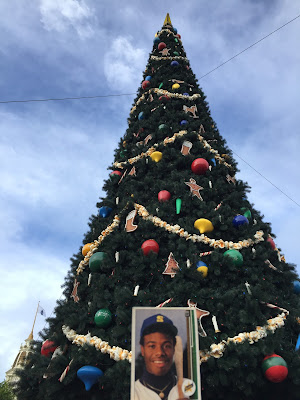 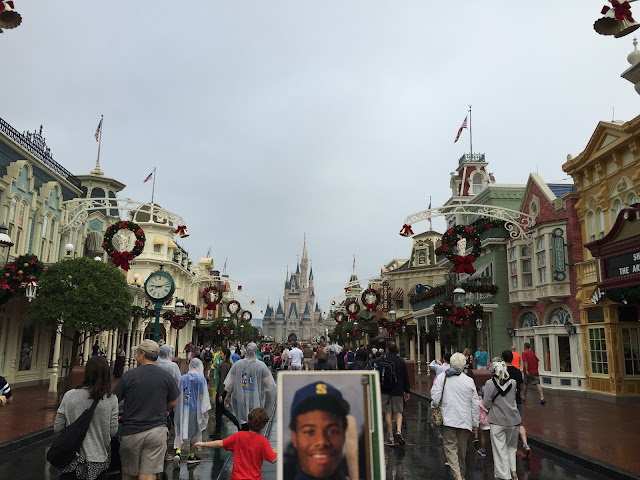 Main Street USA. When I was seven I ate too much watermelon the night before and vomited all up in this piece. This time around I skipped the watermelon. Oh, and it wasn't raining. Those people in ponchos were just being ninnies. 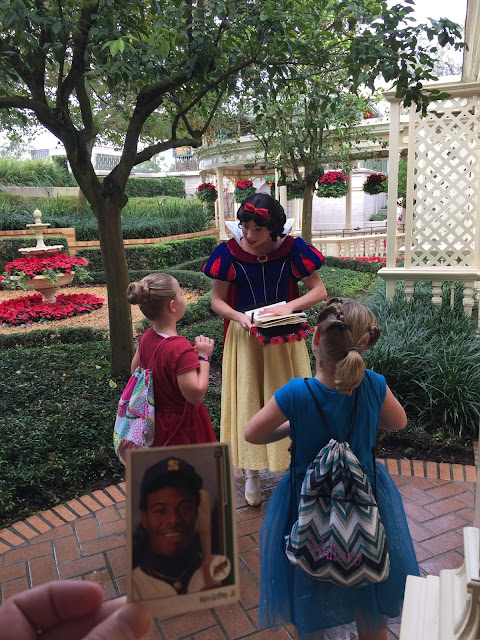 Snow White and my twin nieces. All of the princess actresses are hot. All of them. 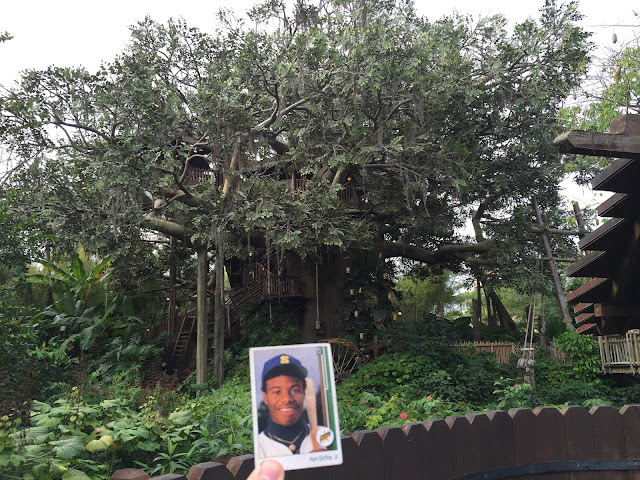 The Swiss Family Treehouse. I don't think any of the kids there knew what the heck this was or what it was from. We were the only people on it. Their loss. Swiss Family 4 life, son. 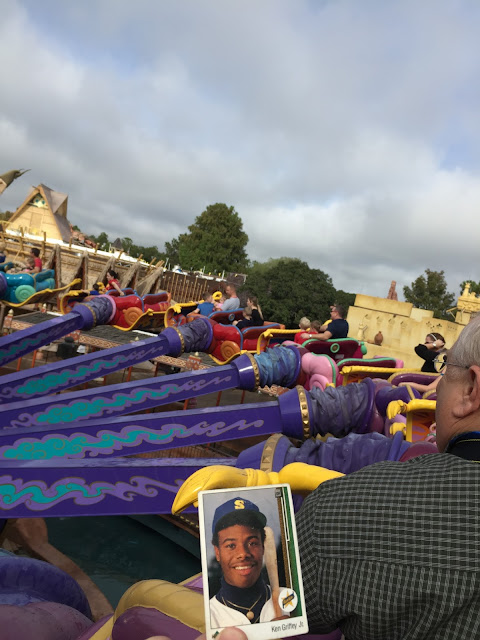 Aladdin's magic carpet ride. There are half a dozen rides exactly like this across the different parks. The only difference is that this one had a water-spitting camel. 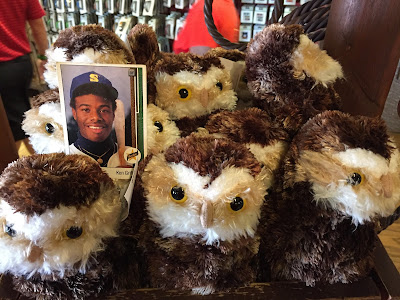 Okay, baseball card bloggers: who did I take this picture for? You guessed it: Archimedes from The Sword in the Stone. Golly fluff! 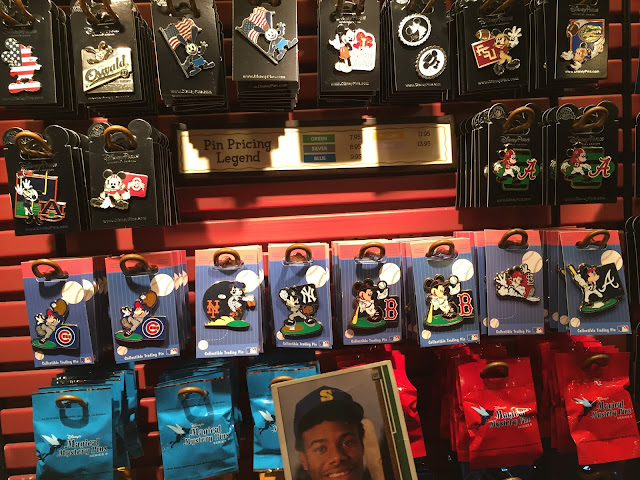 The pin thing is getting out of hand. There were whole stores that were only pins - this was taken in one of them. There are THOUSANDS of different pins in there, and they are each priced between 8 and 14 buck a piece. And no Mariners? Hrmph. 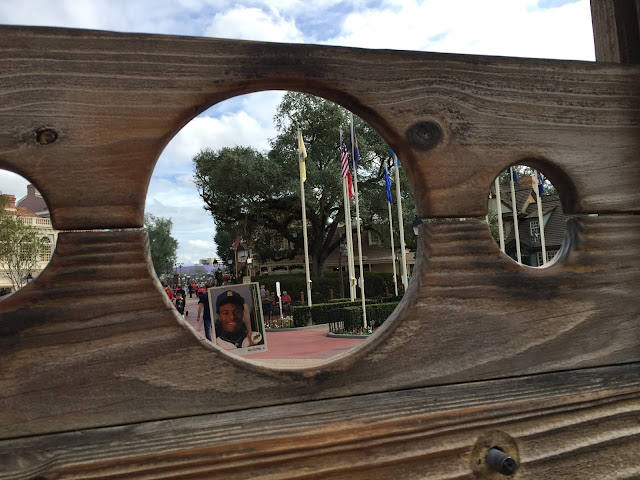 Griffey in the stocks. 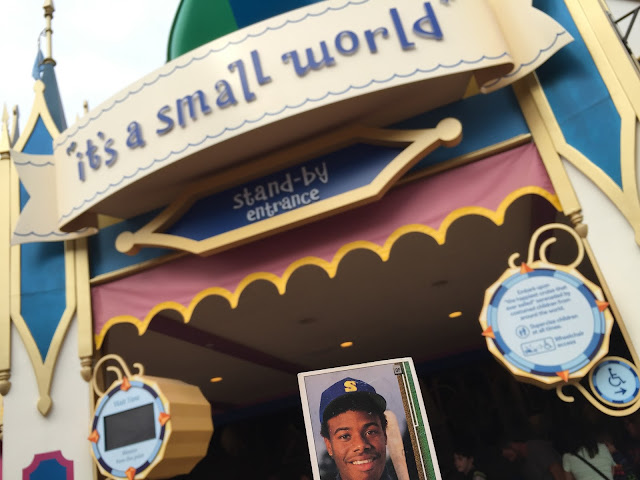 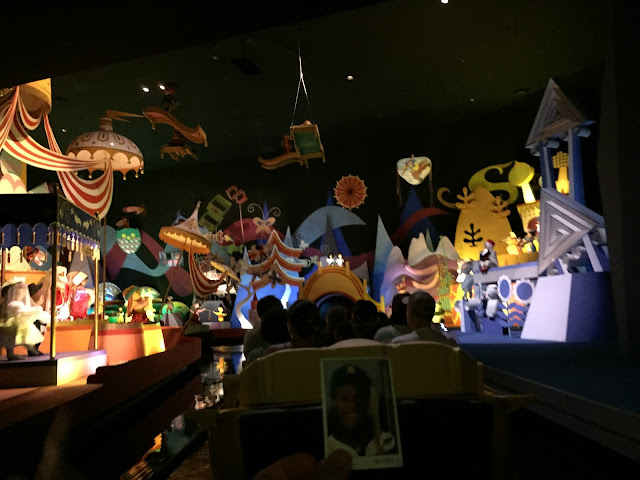 It's exactly what you might think/remember. Plus it got stuck for several minutes. And the music doesn't stop when the ride gets stuck, so that's a struggle. 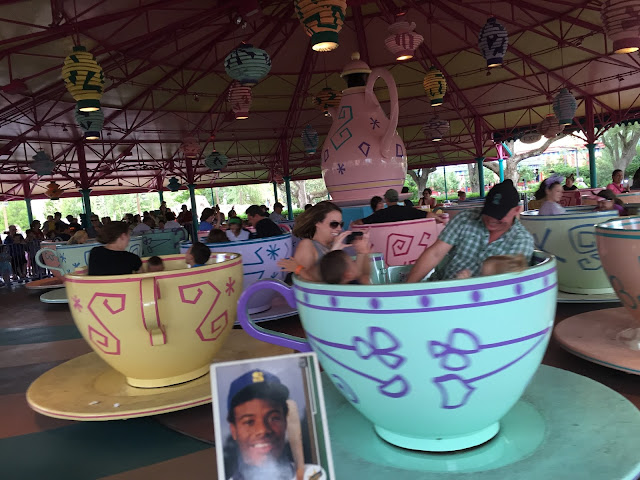 Classic - look how much fun that family is having. I'm jealous. 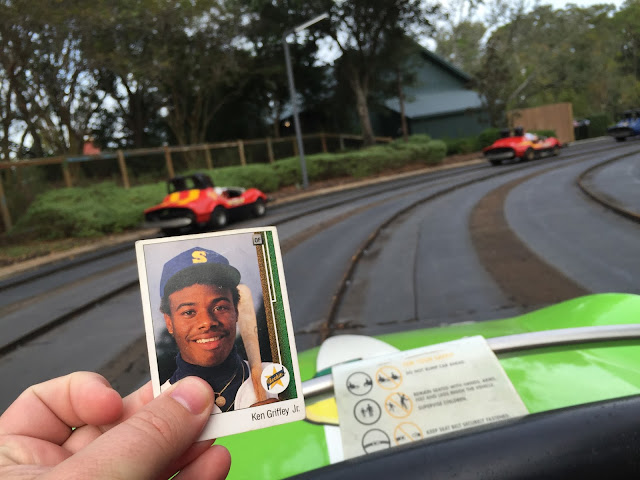 This ride needs work. Those cars don't steer like they used to. 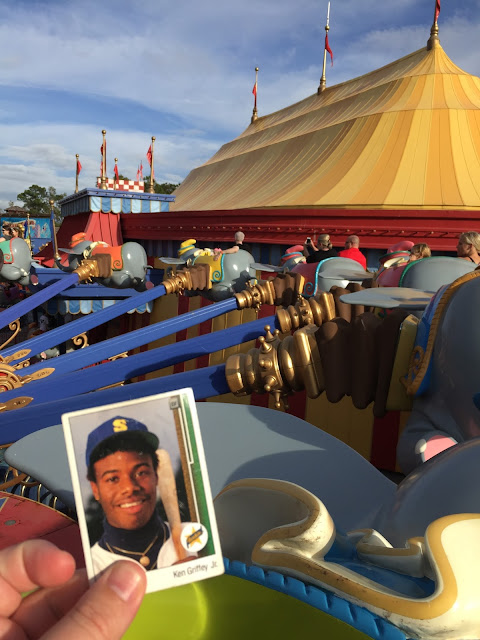 The Dumbo ride. A staple. 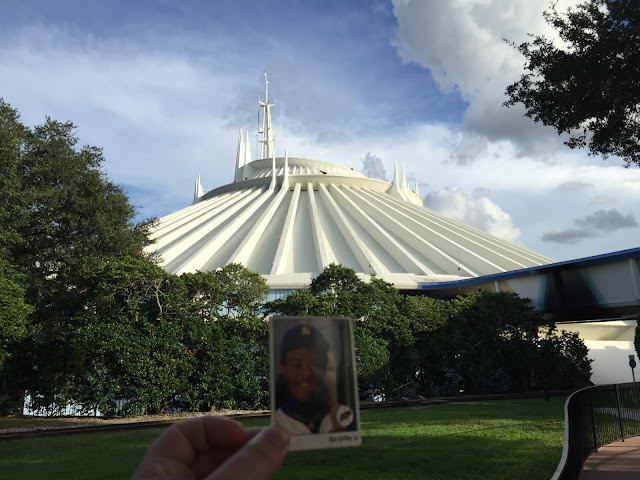 Finally we get down to business with Space Mountain... 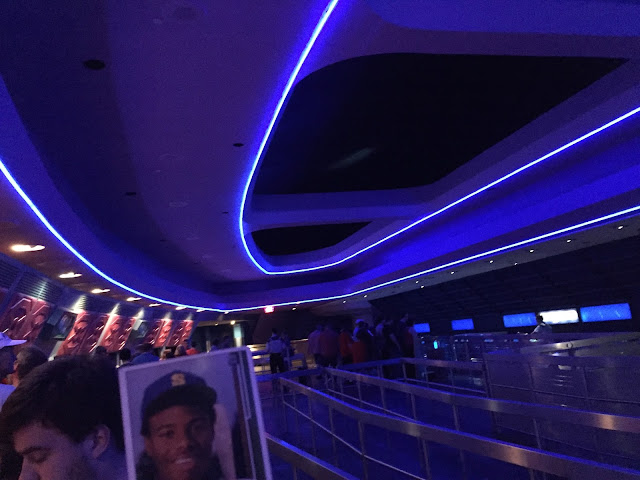 There was pretty much no line at any ride, even this one which is commonly regarded as among the best at any Disney park. 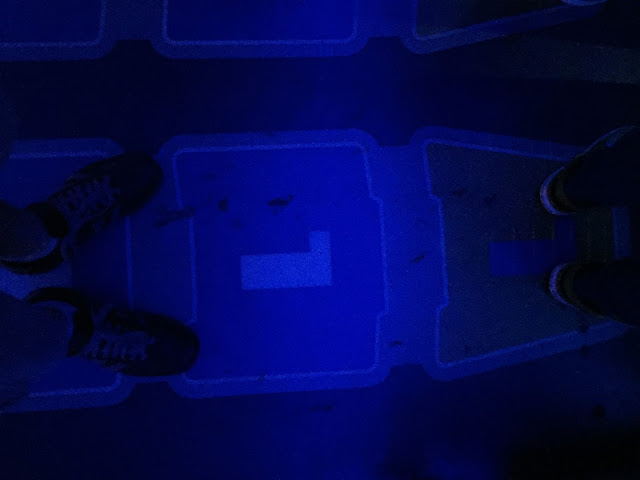 If you ever get to ride it, this is the scariest position. You can see a lot more than the people behind you. Trust me. 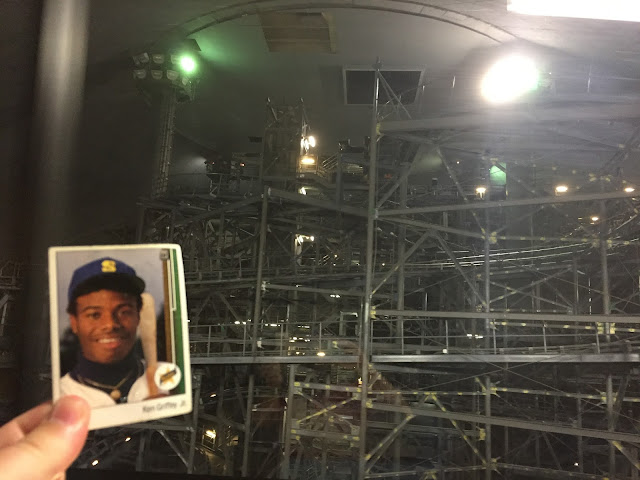 We got special tickets to stick around and ride a few rides after the park closed. If you ride the People Mover (which seems boring at first) you get a behind the scenes look at Space Mountain in action. When the park is closed, however, the behind the scenes look is of the ride shut down and all the lights turned on inside the mountain. The magic is gone :-( 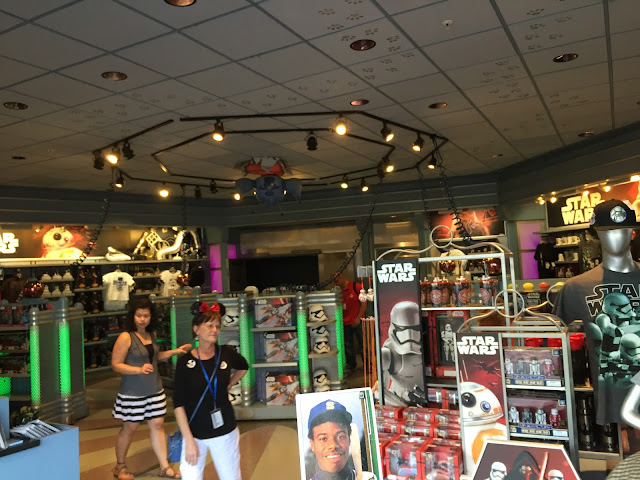 While every store had some Star Wars stuff in it, this store in Tomorrowland sold ONLY Star Wars stuff. Jedi Jeff, you seein' this? I definitely spent most of my souvenir budget on the things you see in this store. 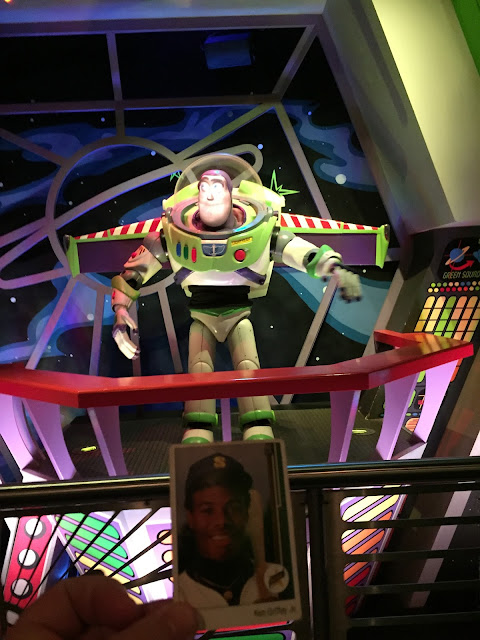 This thing was six feet tall and had an internally-projected face. Looked amazing. 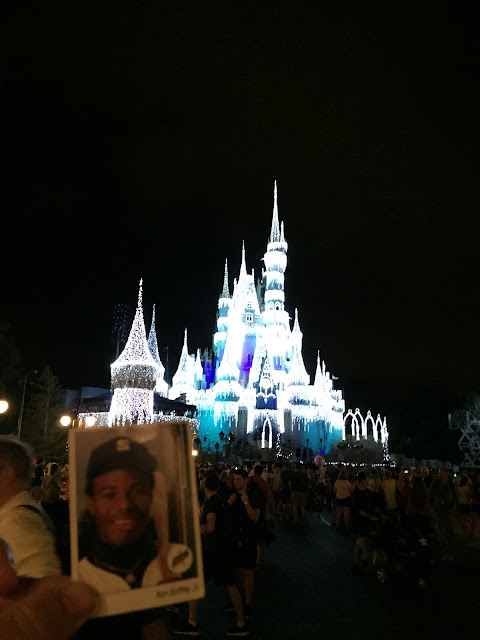 They lit up the castle for Christmas. I'm not a big Disney guy, but it was actually really impressive in person.

And yes, I broke down and bought a stupid pin:


Up next: Animal Kingdom and EPCOT. Thanks for reading!
Posted by The Junior Junkie at 8:30 AM