If you're not familiar with the idea of a Frankenset, it is a customized set of cards properly sequenced by card number that all tie into a connecting theme. Some Frankenset themes include whole teams, mini-collections, and even just generally great cards or photos. This is the first Frankenset I'm aware of that is made up of just one player: Ken Griffey, Jr., the man of a million cards. I took the liberty of including things like inserts, parallels, cameos, and oddballs for the sake of variety and because it's just more fun that way. Enjoy!


Here is page 8 of the Great Griffey Frankenset: 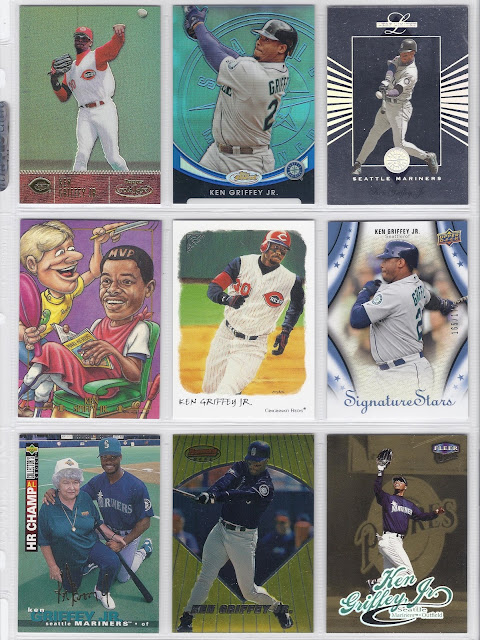 
Page 8 notes: Mostly Mariners again, this time with a few rare parallels including a gold signature and a colored refractor. As you can see the insert game is pretty much over with the majority of our selections now being base cards and their parallels. It follows that this page also has our lowest retail value so far with those same two parallels making up the bulk of the total page value. 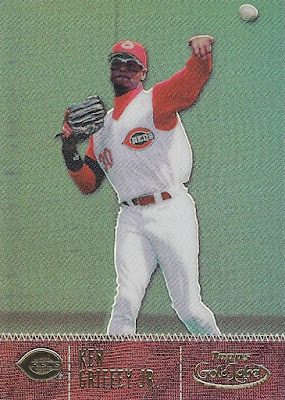 This may be my favorite year of Gold Label. Even the lowly base cards in this set look like parallels of the highest order. 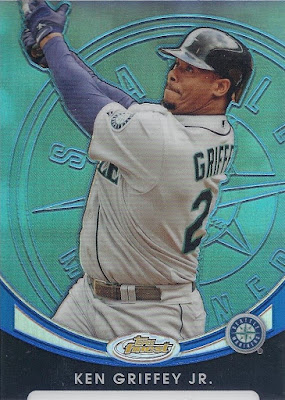 It's not this card's rarity that got in to the #65 slot - it's that big, shiny Mariners logo in Seattle blue. Plus Junior looks like he just knocked the skin off a ball Sandlot-style. 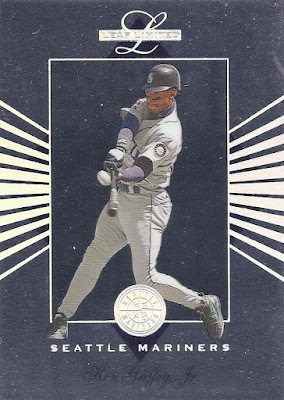 One of the earliest super premium Griffey base cards, all decked out in cursive fonts and silvery holofoil with one of my favorite action shots of that year. 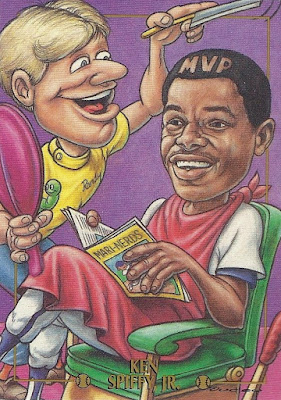 It could be argued that this is not a Griffey - it is a "Spiffy." The barber's name is Randy - is that supposed to be Randy Johnson? Whoever it is, the detail he achieves with that massive straight razor is uncanny. And what's up with the worm by the mirror? 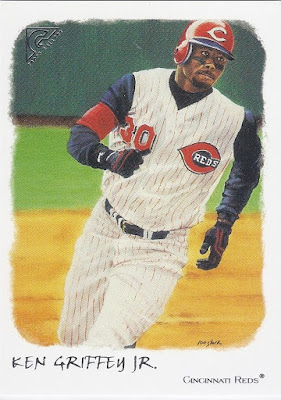 Junior looks a little like a pirate in this illustration (pirates wear eyeliner, right?), but that's not enough to keep the perennially excellent Topps Gallery out of this set. It's just too darn good. 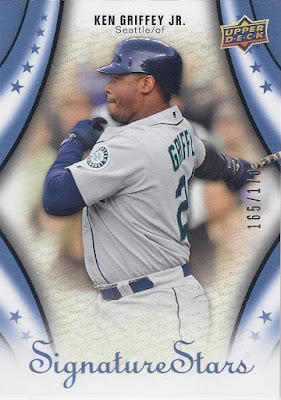 I went with this late-issue colored parallel from Upper Deck for Junior's birth year number because most of the other cards numbered 69 were - ugh - Reds cards. 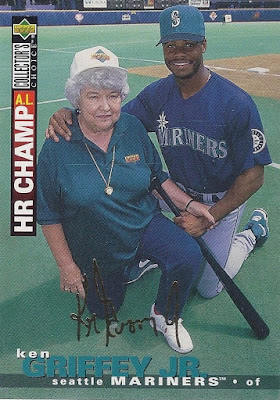 Definitely my favorite card on this page. This is the Gold Signature parallel of the infamous contest winner shot from '95. Just a really bizarre but adorable baseball card. People love baseball cards with little kids on them. Well, this one here is kind of the opposite. I'd still really like to interview that lady about it. 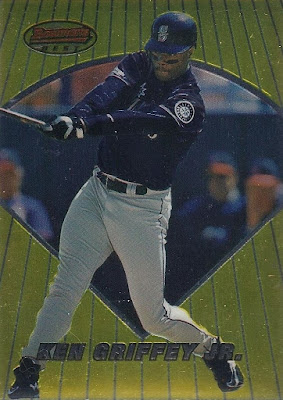 A deceptively simple gold chromium base card from the 90's. All that shiny gold probably fooled a lot of people into thinking this was a parallel of some kind when it first came out. Awesomely gaudy. 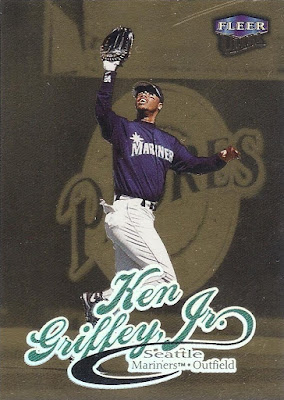 Watching Junior squint in the sun while wearing flipped-up shades is a bit like watching someone shade their eyes with their hand while wearing a backwards cap. Bro, USE YOUR CAP. It's got a brim that was made for this exact purpose. Also, I know Griffey plays for the Mariners or whatever, but PPPAAADDDRRREEESSS. That is all.

Here is the back of page 8: 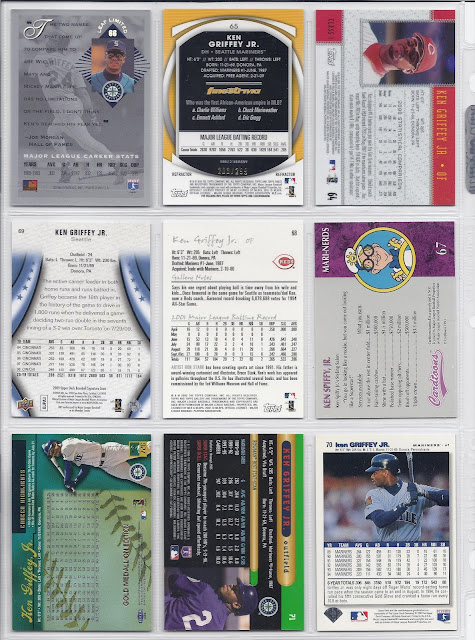 Thanks for reading, and look for page 9 next Friday!
Posted by The Junior Junkie at 8:30 AM