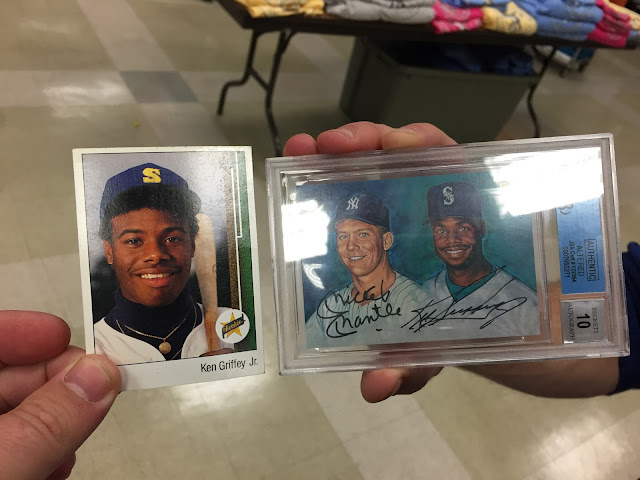 I've taken photos of my wallet card with a lot of weird stuff: a car shaped like a giant hot dog, Mr. Belding, solar flares in the midst of atmospheric impact, and that questionable black Whopper to name a few. But I've also managed to sneak a few bits of premium cardboard into the mix, specifically cardboard belonging to other people. We are card collectors, after all. We like cards. It's a fact.

That photo above, for example, is from the first time I ever saw a 1994 Upper Deck Griffey/Mantle dual auto in person. It belonged to a young man at a card show who had sent his to BGS and received a grade of "Altered." He suspects the card was trimmed because the autos got a pretty solid grade. Altered or not, I knew right away that I would one day own one of these. 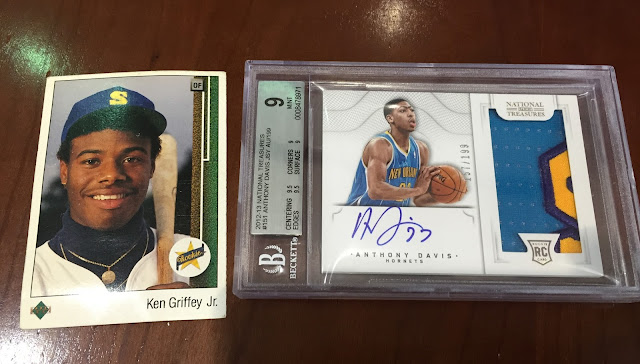 I met another guy by chance who had just obtained this National Treasures auto patch card of Hornets Pelicans star Anthony Davis. I'm not a big basketball fan, but I recognize a great card when I see one. And that patch is gorgeous, tacky Hornets colors and all. 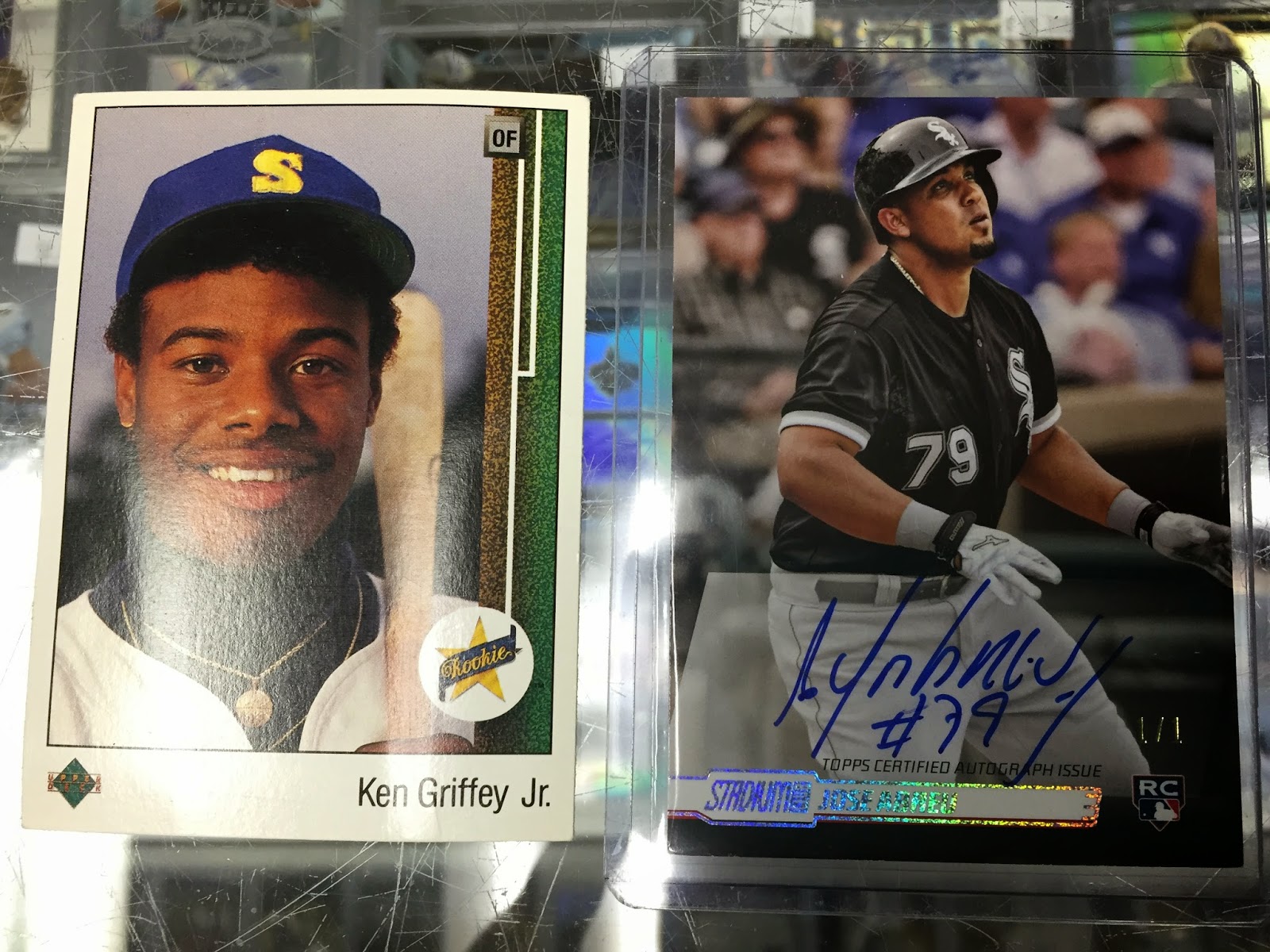 I've actually shown this card before - a 1/1 auto of Jose Abreu pulled from 2014 Stadium Club in the midst of the wave of Jose hype. It should have sold for a pretty penny soon after this, but it was pulled with damage, and Topps has been extremely unaccomodating in sending a replacement according to the LCS owner. It's safe to say it's lost a bit of potential value since then. Ouch. Still, nice card. 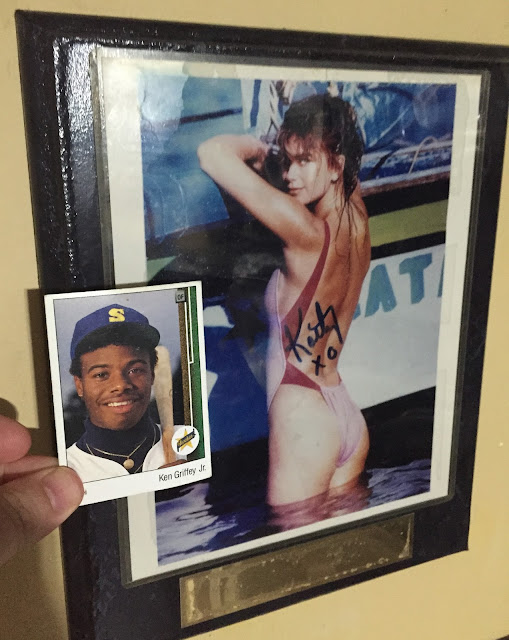 No, it's not a card, but it's like a card and belongs to someone else. I wasn't going to not show it here. What are you going to do? Complain? 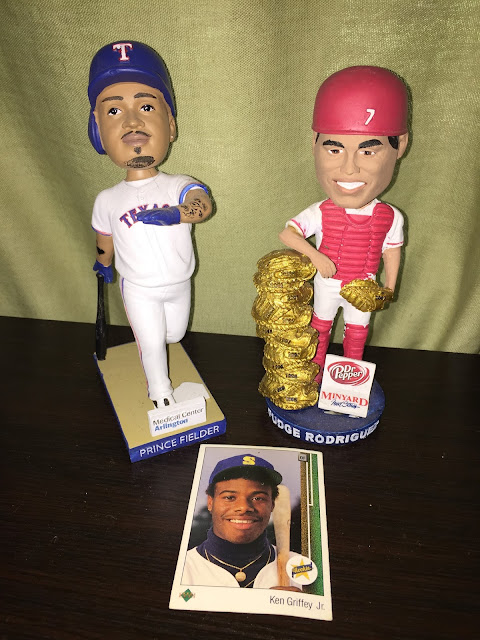 Finally, while these bobbleheads are obviously not cardboard, they are in the same vein. I spotted them at a friend's house while on a trip to Texas. The Pudge is my favorite of the two with the giant stack of gold gloves and use of Ivan's nickname on the base. Also, I do enjoy a cold Dr. Pepper every now and again.