Welcome to The Great Griffey Frankenset!
If you're not familiar with the idea of a Frankenset, it is a customized set of cards properly sequenced by card number that all tie into a connecting theme. Some Frankenset themes include whole teams, mini-collections, and even just generally great cards or photos. This is the first Frankenset I'm aware of that is made up of just one player: Ken Griffey, Jr., the man of a million cards. I took the liberty of including things like inserts, parallels, cameos, and oddballs for the sake of variety and because it's just more fun that way. Enjoy!


Here is page 7 of the Great Griffey Frankenset: 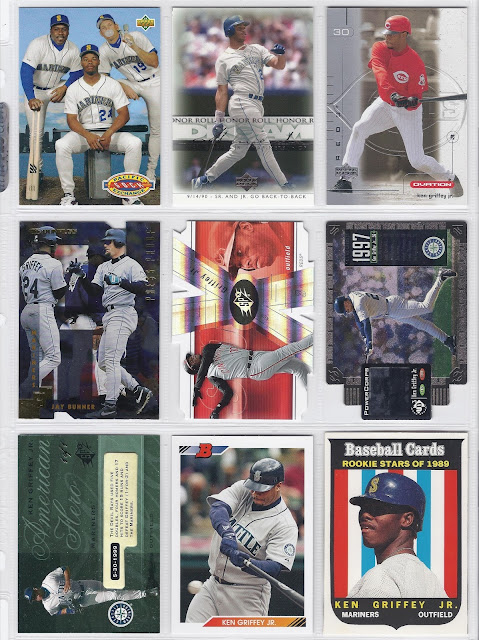 
Approximate retail value of this page: $76.25 ($1593.75 running total)
Page 7 notes: Another great cross-section of cards from all over the spectrum of Griffeyness. We have issues from 1989 all the way to Junior's final year in 2010. This page includes everything from base cards to parallels, subsets, inserts, oddballs, throwbacks, three great die-cuts, and even a 1 of 1 (probably the only one in the Frankenset). A nice sampling of Griffey cardboard. 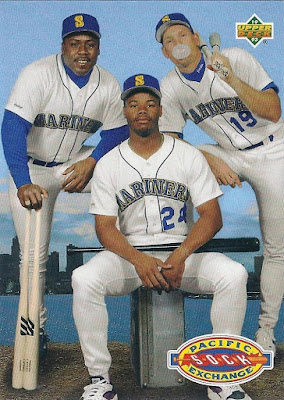 Not a cameo - more like a multi-player special issue from one of the greatest base sets of the 90's. Named for a famously massive trade, this is very much a "what could have been" card even when it was issued in '93. Injuries for both Junior and Mitchell as well as Mitchell's trade to the Reds not long after this photo was taken combined to make this card a little anti-climatic. Plus we all know it's weird seeing Kevin Mitchell in a Mariners jersey. 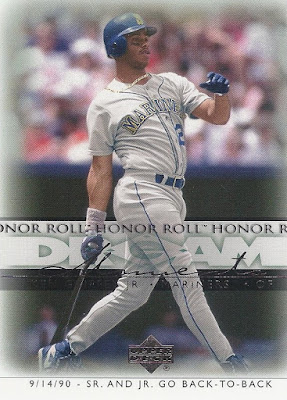 A beautifully-designed subset from Upper Deck. OK, look - I'm totally against beating a dead horse. There are only so many times you can bring up some awesome feat a particular player has accomplished before it's like, "OK, we get it - they hit back-to-back home runs as father and son." But even with all the cards that herald that feat, I'm not sick of it. That shit is a dream. Well played, baseball card. You do you. 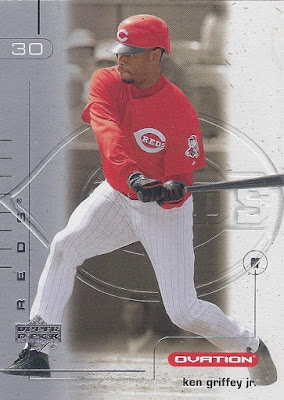 This year of Ovation was all about embossed cards draped in greenish-blue for all players and all teams. It was a color combo that suited Mariners a lot better. When you add in the subset that featured even more Junior Cincy cards, that made for several greenish-blue cards featuring Junior in a Reds uniform. This silver parallel is a nice respite from the weird color combos that dominate this base set. 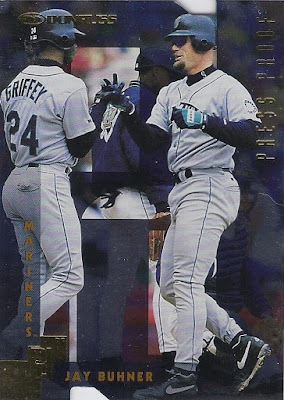 A fairly rare parallel of a parallel of a cameo. A thrice-removed Griffey card that is still more awesome than some of the other cards on this very page. 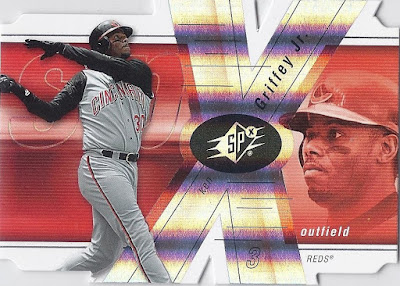 One of the wackiest SPx base designs, but also a favorite. Huge die-cut X's were everywhere in the late-2000's, and at 15 corners this is one of the binder-unfriendliest cards I own. Still, it's damn cool. 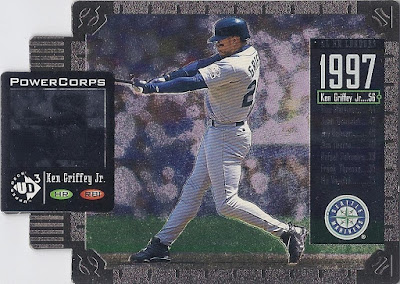 A very confusing, multi-faceted base set. There are several different Griffey cards available, but I'm never quite sure which version I'm looking at because they're all so similar. The card numbering is just as confusing and includes three different numbers: set, subset, and "technology" along with die-cut versions. The set number for this one is 60, and that's good enough to get it a spot on this page. 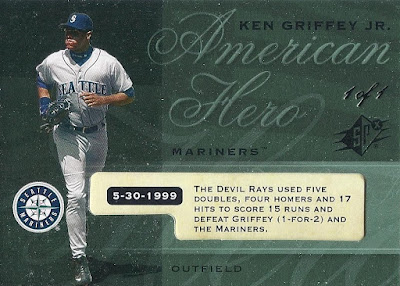 Still, while it's not as "1 of 1" as some other cards and the box score is a huge downer, I love the stylized "1 of 1" stamped into the card front. That kind of makes up for everything. 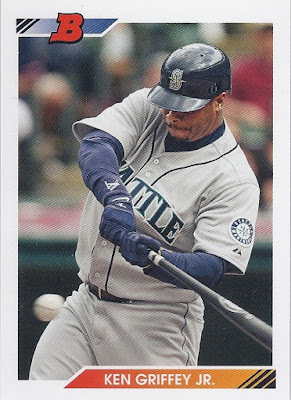 I'm a big fan of this 2010 tribute to the iconic '92 Bowman set, especially given that Junior was back in Seattle at this time. You've got to admit it looks completely legit. A well-executed throwback. 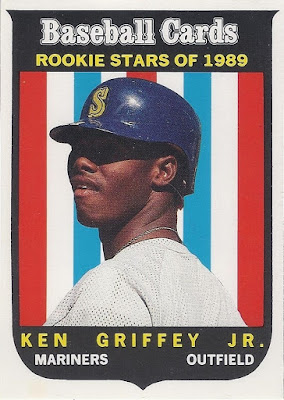 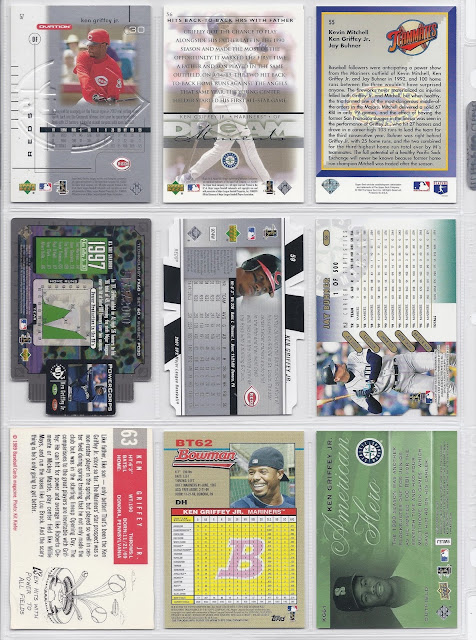 Thanks for reading, and look for page 8 next Friday!