I can't say I always know what I'm looking at when it comes to oddballs. I have hundreds of them, some very similar to one another with minor differences, some completely off-the-wall with nothing in common with any others and no distinguishing marks. They're even harder to catalogue when there is no name brand or year - I just have to wing it. But one thing remains the same for all of them: they have a home in my binders.
﻿ 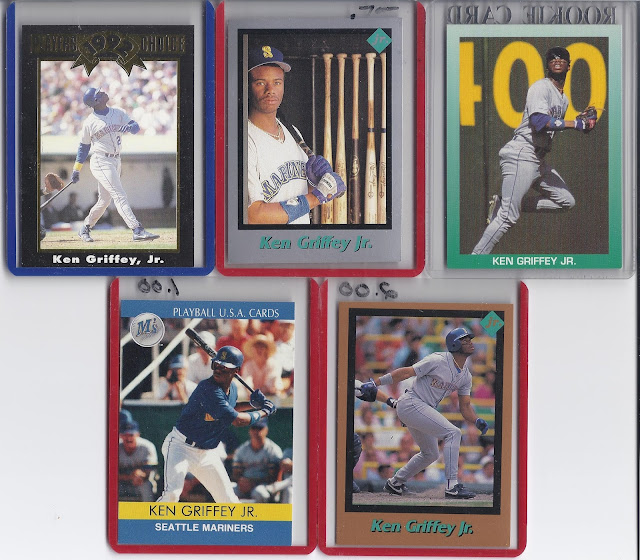 Adam, reader and Griffey collecting brother, was nice enough to send me a selection of Griffey oddballs that were all new to me. It's rare that I come across oddballs I've never seen, but I'm glad it still happens. Check out that silver-bordered job with the same background as Junior's legendary '91 Stadium Club base card. That's new.

I needed every one of these, even that Playball card (of which there are MANY, it turns out). 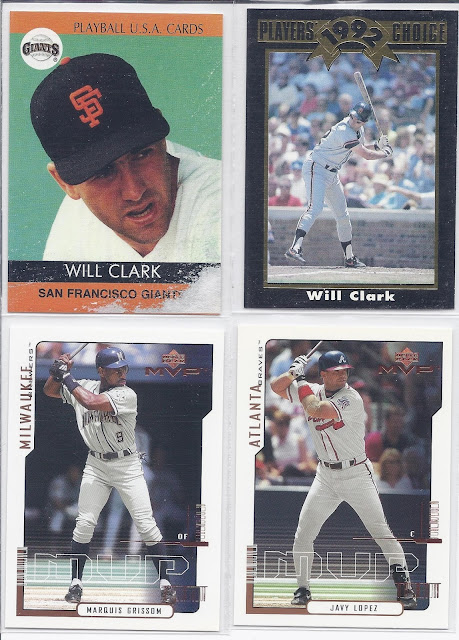 Adam also added to some of my more popular PC's with two great Will Clark oddballs and these late-issue Upper Deck MVP cards. They look like they're imitating one another. 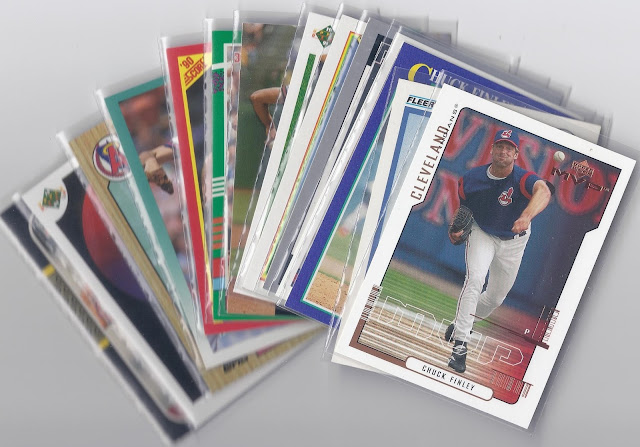 He also included this stack of Chuck Finley cards that included a rookie and a couple I didn't yet have in the PC binder. I think I'm getting pretty close having all the Chuck Finleys.

Thanks for the great cards, Adam!
Posted by The Junior Junkie at 12:55 PM