May the Blues Be With You: a Trade Post

Hockey is not popular in New Orleans, and it never will be. I say this with confidence because I live here, and I am a huge exception. Having been to one hockey game (Blues vs. Blue Jackets) in my life, I now consider myself a casual fan. My team is the Blues for a lot of reasons: the great note logo, their use of old Mariners colors, their All-Star who happens to be named T.J., and the slight similarities in culture between New Orleans and St. Louis (we are both on the same river, after all). 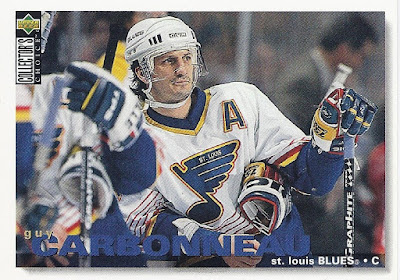 So one of the only ways I get to celebrate my casual fandom is through a small stack of Blues cards I keep in my non-baseball box. It also doesn't hurt that I collect T.J.'s. Cue Jedi Master Jeff of 2 by 3 Heroes. Everybody knows Jeff, and Jeff knows I like the Blues, so here we are. 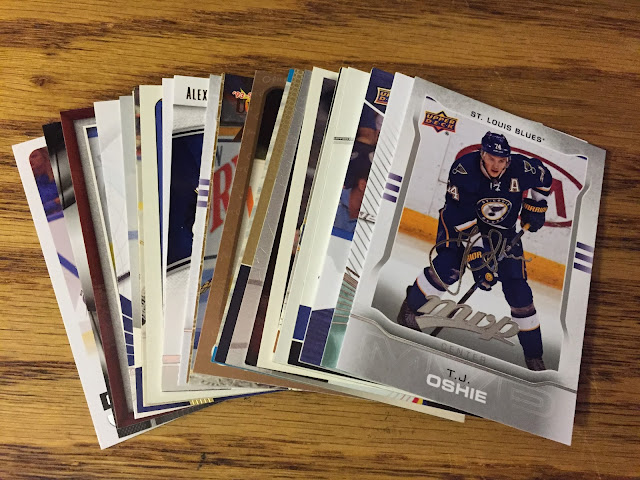 That top card is my favorite in this stack because we also get to see T.J.'s autograph. I always like to check out how other T.J.'s sign my name. 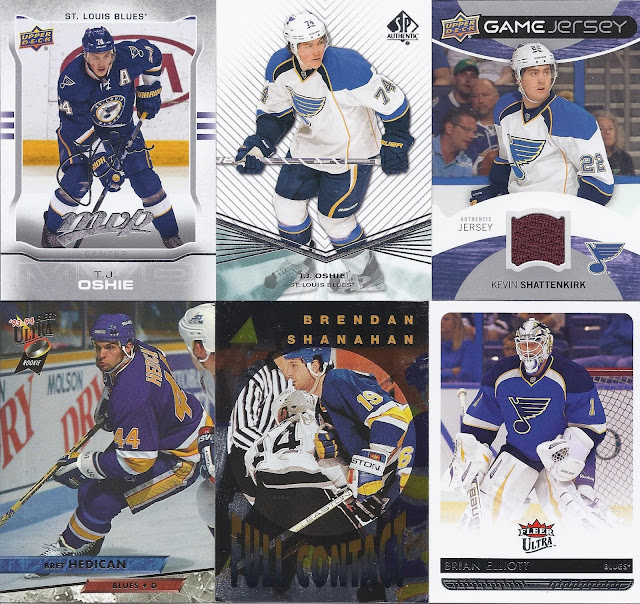 Jeff's Blues stack included a hit, a Gold Medallion parallel from Ultra, and a very cool SPx base card that gives us an idea of what SPx baseball might look like had Upper Deck continued making it beyond 2009. Seeing older Topps designs for hockey is fun, too, as we've all got certain designs burned into our memories; yet here's one from the same year that is completely different. 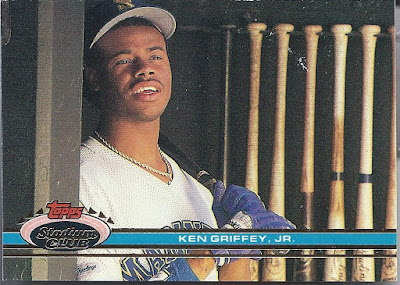 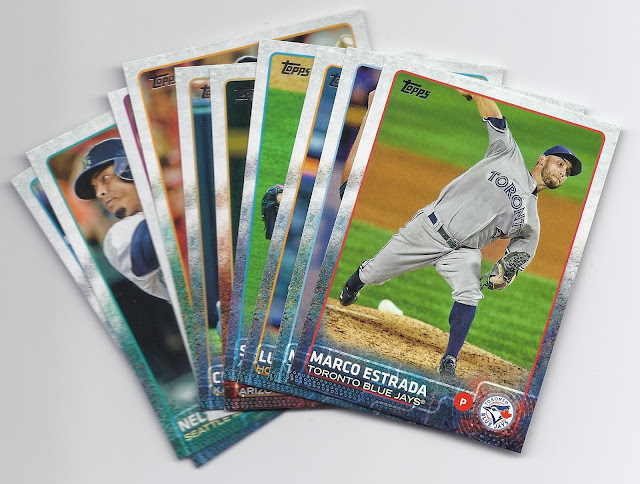 Finally, Jeff was able to provide a bunch of help in finishing my 2015 flagship set. I still have a few series 2 needs, but series 1 is all locked up.

This was a really fun package, Jeff. Thumbing through hockey cards is a bit like taking a stroll on an alien planet; and despite the fact that I know very little about hockey in general, I got the same excitement out of it that I'd have flipping through a stack of 90's Mariners. Thanks again!
Posted by The Junior Junkie at 2:15 PM