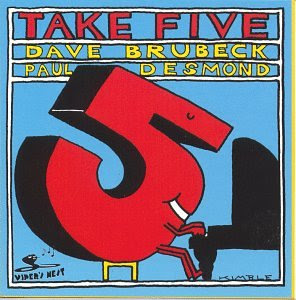 I came up with a new system for streamlining trade posts, and I did such a great job that I lost all my scans for a while there. Luckily I found the folder I'd hidden them in (which I'd named "trade posts" - duh) just last week. To celebrate, here are FIVE of those trades packages/PWE's I've received over the past God-knows-how-long: 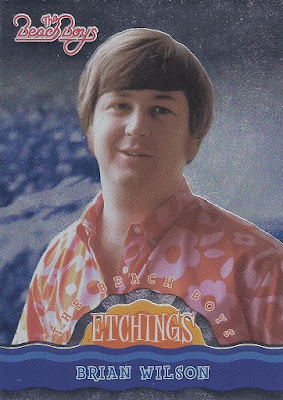 Ever since I first listened to Pet Sounds in March of 2000 I've been a Beach Boys nut, and Corky of Pack Wars knows this. He bought the same box I did, and he took the time to send me a bunch of the inserts including this great Brian Wilson Etchings card. 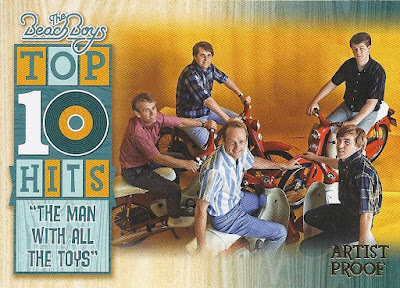 You've probably heard "Little Saint Nick," but the 'Boys actually had a whole album full of solid, harmony-driven Christmas music. I didn't even realize "The Man With All the Toys" was a Top 10 hit. I'm a bad Beach Boys fan. 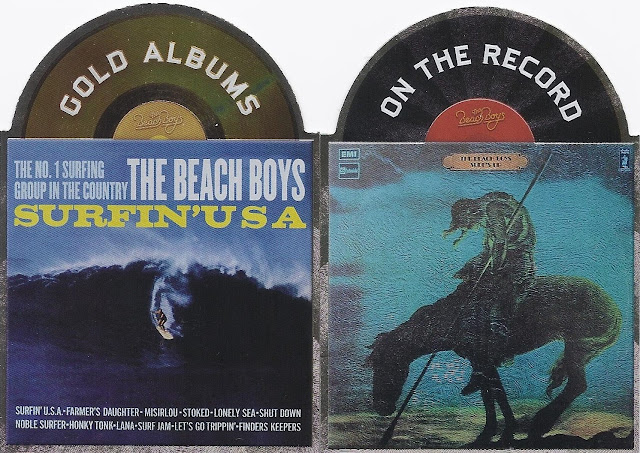 I am crazy about these "On the Record" inserts featuring all their albums. I have every one of these on vinyl, and I can tell you that Surf's Up on the right there is among my favorites. They're not all hits, but there are some killer songs on that album including the title track, which was the Beach Boys' answer to the Beatles' "A Day in the Life" (and originally slated to end the doomed Smile album).

Thanks for the great cards, Corky! I may have to buy another box of these babies. 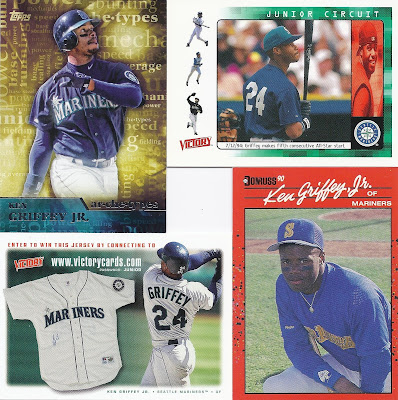 One of my oldest trading partners, Jim from garvey cey russell lopes hit a bunch of player collections with his trade package. I'm a little embarassed to admit I think that Archetypes insert may have been relatively new when I received this package. 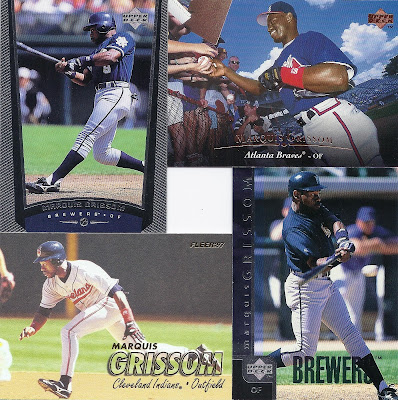 Some great mid-90's Marquis, including one of my favorite cards of his: the autograph shot featuring Grissom's rarely-seen smile from 1995 Upper Deck (of course). It's still strange to see him in a Brewers uni, but I'm coming around. 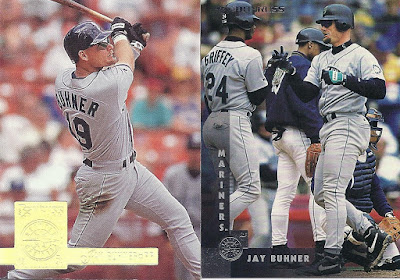 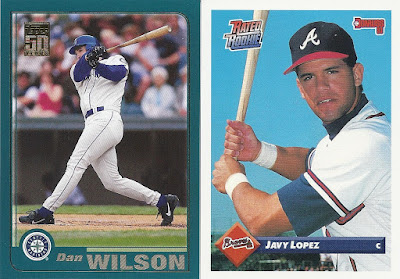 Javy had some excellent rookie cards, didn't he? And the border color for that Topps issue could not have been more perfect for a Mariner. His swing covers his face a little in the photo, but the border color is most definitely on fleek. Fleek, I say! 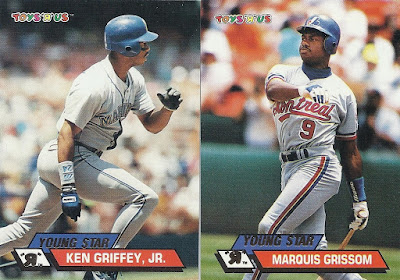 It seems Tom from The Angels, in Order came upon a trove of Toys'R'Us (or "TRU" as we former employees call it) cards because I remember seeing them in multiple trade posts a few weeks (months?) back. These are the regular-sized cards from the retail set... 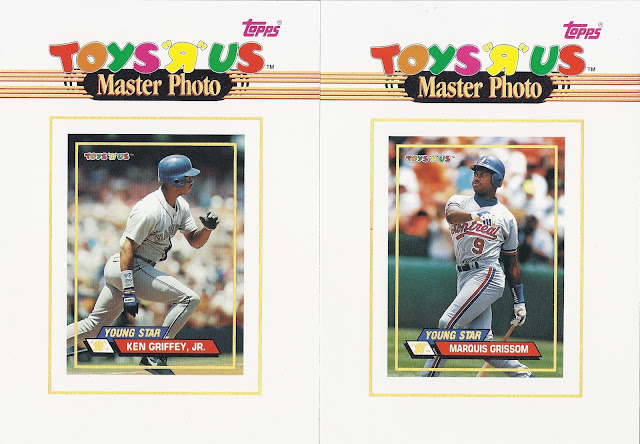 ...and these puppies are the oversized "Master Photo" versions. These came in blister packs of three with COA's like commemorative plates from the Franklin Mint, only cool. These large cards are not terribly uncommon, but they are very hard to find in mint condition which Tom's were. Thanks for thinking of me, Tom! 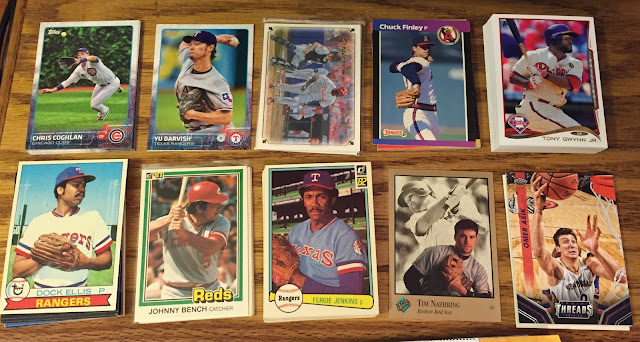 Kerry of Cards on Cards fame is an active trader who reads want lists. He hit a bunch of my set needs across the spectrum - from 1981 to 2015, Kerry is on the case! Check out that great Fergie Jenkins from '82 Donruss. That red, massively-serifed font across his chest is just one reason this was the greatest the Rangers' uniforms ever looked. 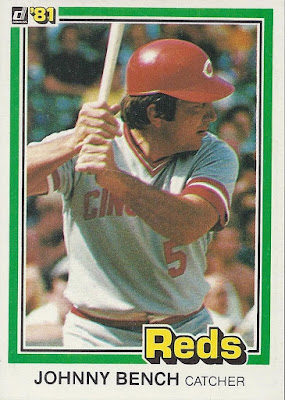 Here's one of my favorite cards Kerry sent, a colorful and sharp-looking late-issue for the greatest-hitting catcher. Ear flaps be damned. 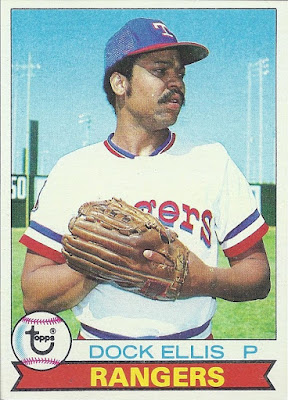 Finally, a great, old Topps issue of one of my newest PC's, the infamous Dock Ellis who is famous for that thing. It was exciting crossing off so many set needs from this package - thanks again, Kerry! 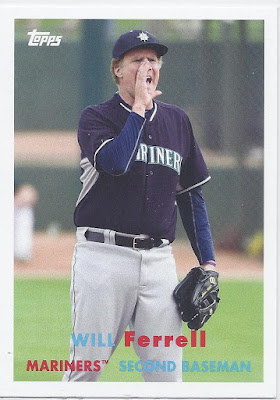 To close this post out, here's a card pulled by Mark Kaz of This Way to the Clubhouse... earlier in the year. It' still my intention to complete the Will Ferrell insert set, but somehow they're really holding their value. This may take a while, but at least I've got that Mariners card covered! I'm currently at 20% complete. Thanks a bunch, Mark! I think Seattle got one of the funnier cards in the set. 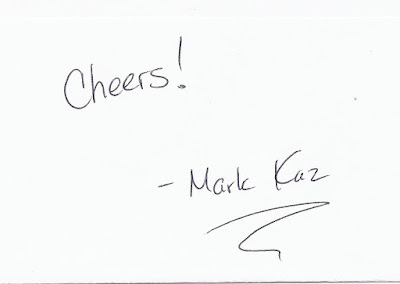 Thanks again, everybody! And to everyone else who has sent me cards, I have at least a dozen more trade posts coming out over the next few weeks. Keep me honest!
Posted by The Junior Junkie at 11:22 AM