John "The Killer" Miller of Johnny's Trading Spot about broke my damn mailbox with his most recent trade package. The reason? The guy's got a printing press at his house that churns out innumerable Will Clark oddballs. That's the only reasonable explanation here.

We'll get to that in a minute. First the normal human trading stuff:﻿ 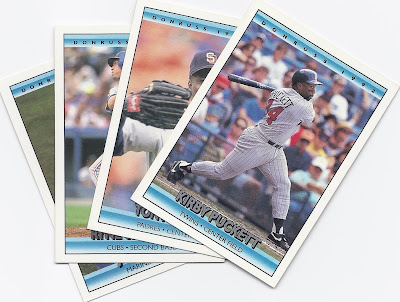 My '92 Donruss base set is finished! Now I just need to finish the Diamond Kings from that year and I'll be comfortable calling that one complete. Thank goodness, too. Believe it or not this set was a real bear. 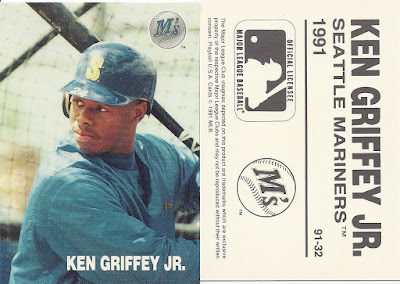 There are SO MANY cards in this oddball set, and they're all numbered #91-dash-something. This is one of the few I didn't have yet. The set is bizarro in that I have no information as to what cards make up this checklist, but it seems the design changes every ten cards, and every single card I've ever come across is a Griffey. It's like a bunch of different 10-cards sets were all mashed into one set and all non-Griffey players were changed to Griffey. Since when is stuff like this allowed in a society?? 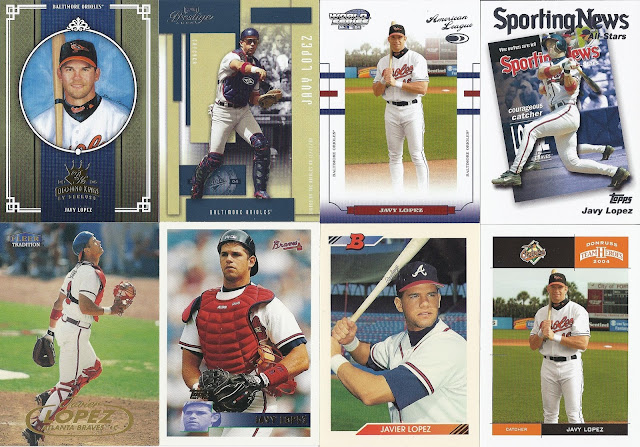 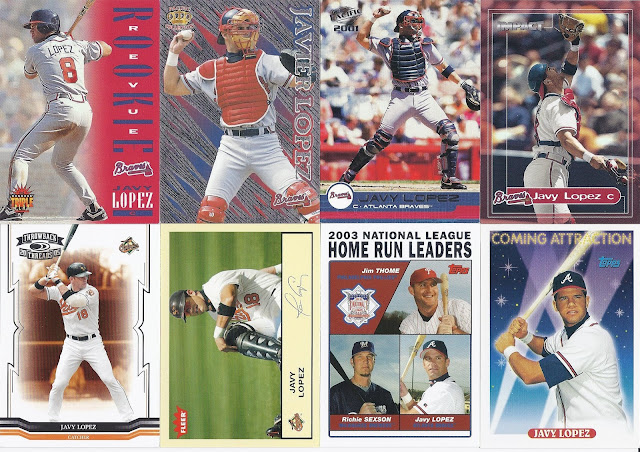 A buttload of extremely solid Javy's. It appears John found a portal to the Junior Junkie PC honey pot. But wait - there's more: 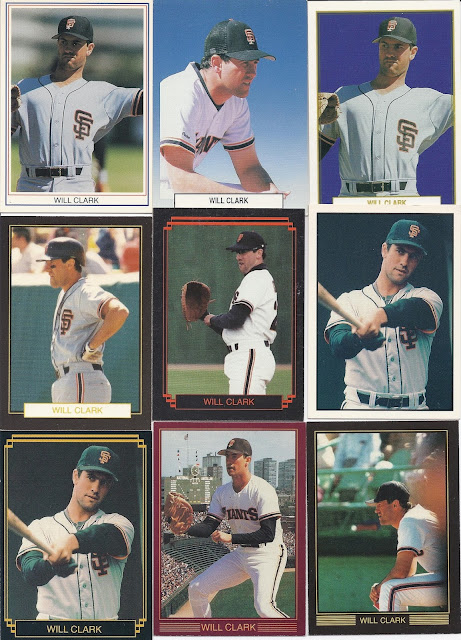 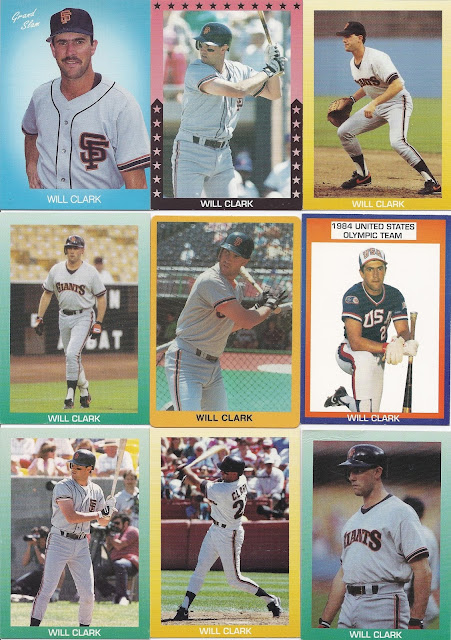 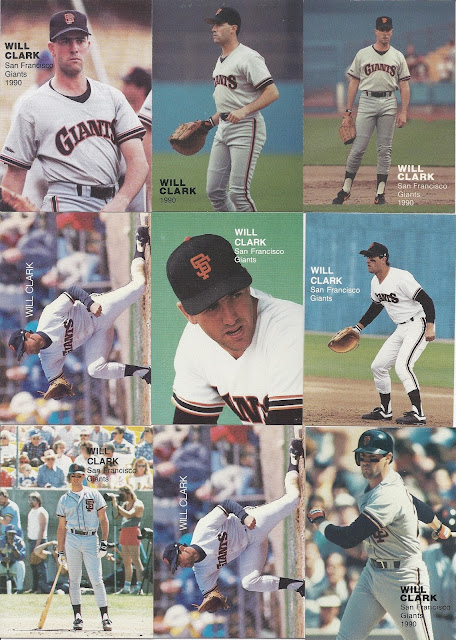 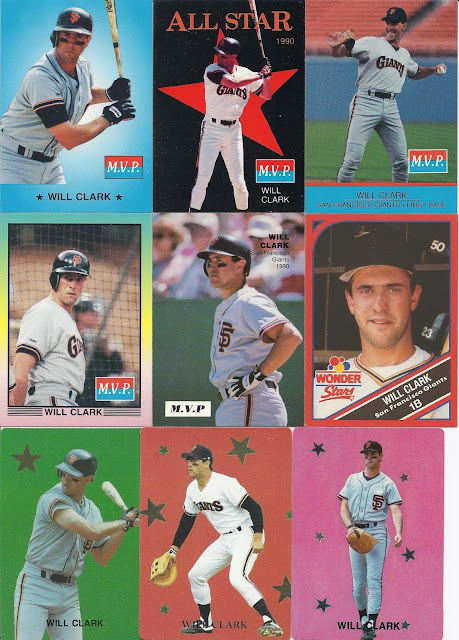 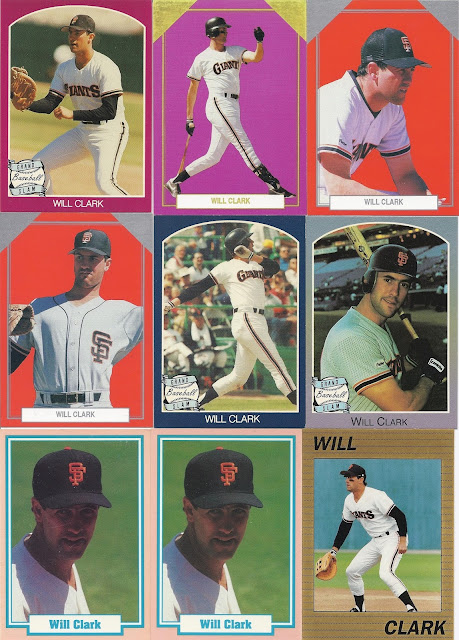 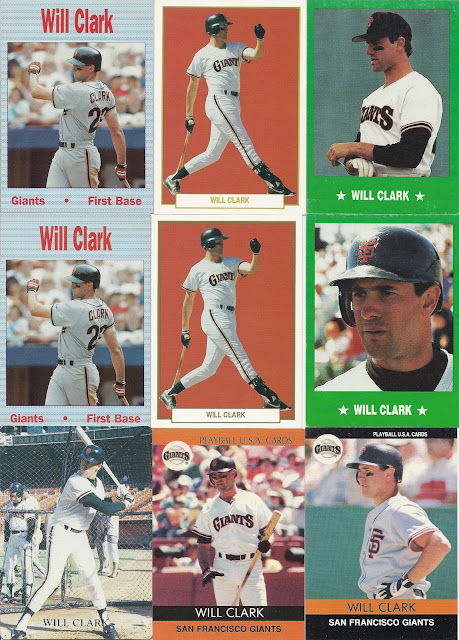 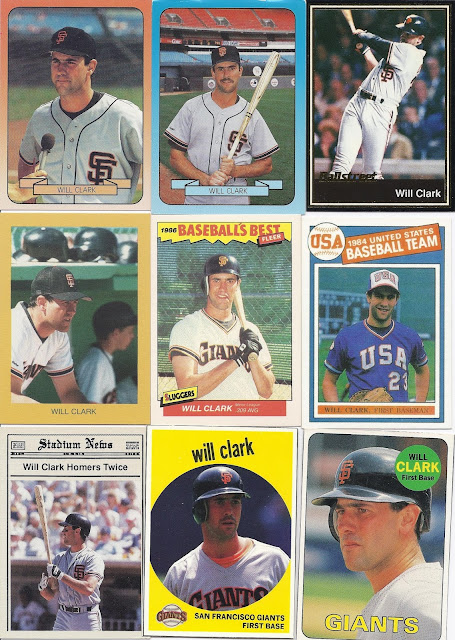 SEE?!? What did I say? This is just a stupid number of Will Clark oddball cards. And did you catch the mustaches? Well, Will Clark had a mustache that didn't make it onto a lot of Topps cards; but the oddballs were all about that Clarkstache. There's at least two Clarkstaches above and a couple more "plausible" Clarkstaches that are right on the bubble between Clarkstache and Clarkstubble. I call it the Clarkstubble Bubble.

All at once I got almost as many Will Clark oddballs as I have Griffey oddballs. In one package. I chuckled a little at the start when flipping through the Will Clark oddball stack, then my laughter grew and grew as the oddballs just didn't. Freakin'. Stop. Until eventually I sounded like the Steve Martin dentist character when he's all hopped up on nitrous in Little Shop of Horrors, just laughing my ever-loving behind off with Will Clark oddballs, all red-faced and fighting to breathe. It was awesome.

You really are a killer, John Miller, and I owe you a jillion tacos. Thanks a bunch man!
Posted by The Junior Junkie at 4:58 PM